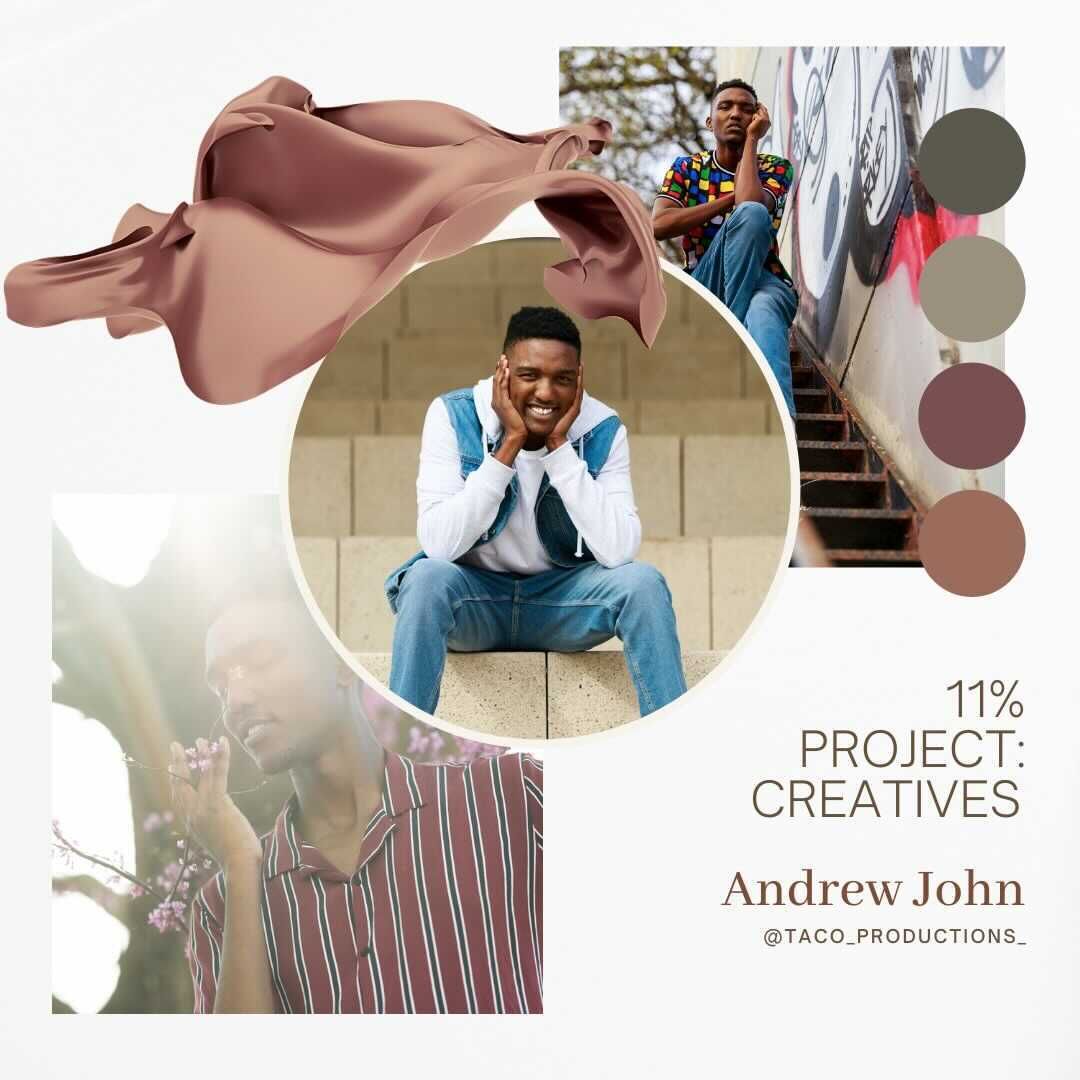 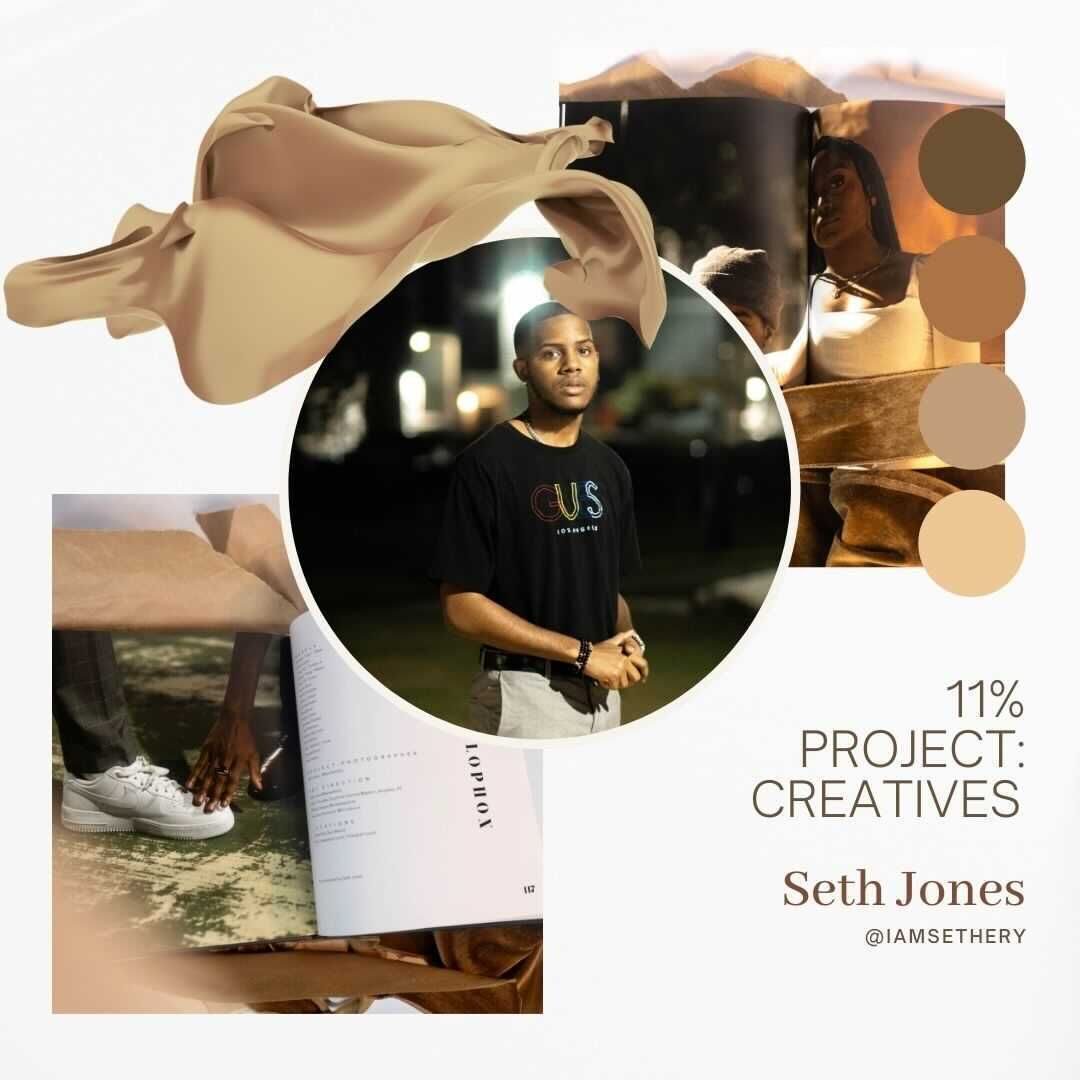 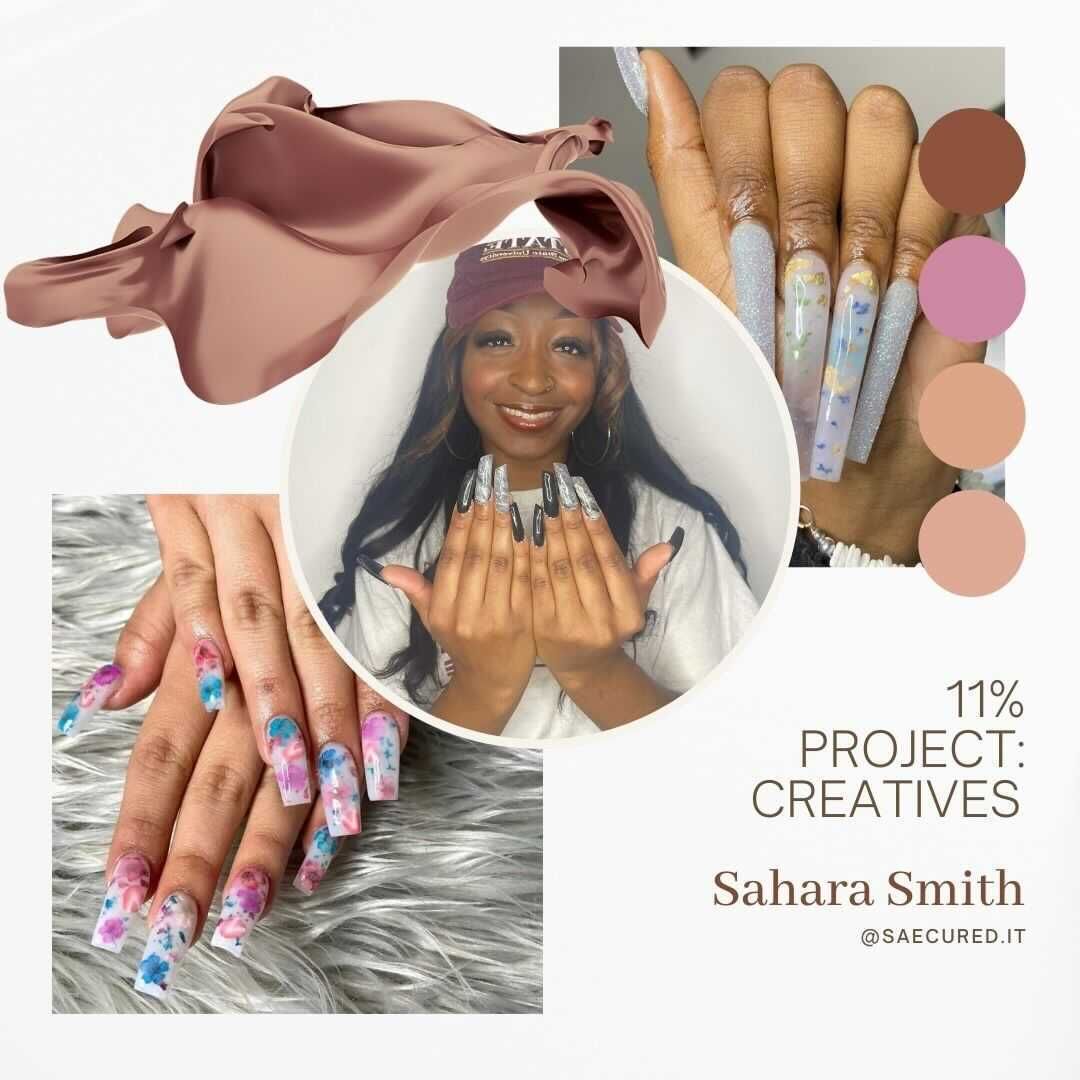 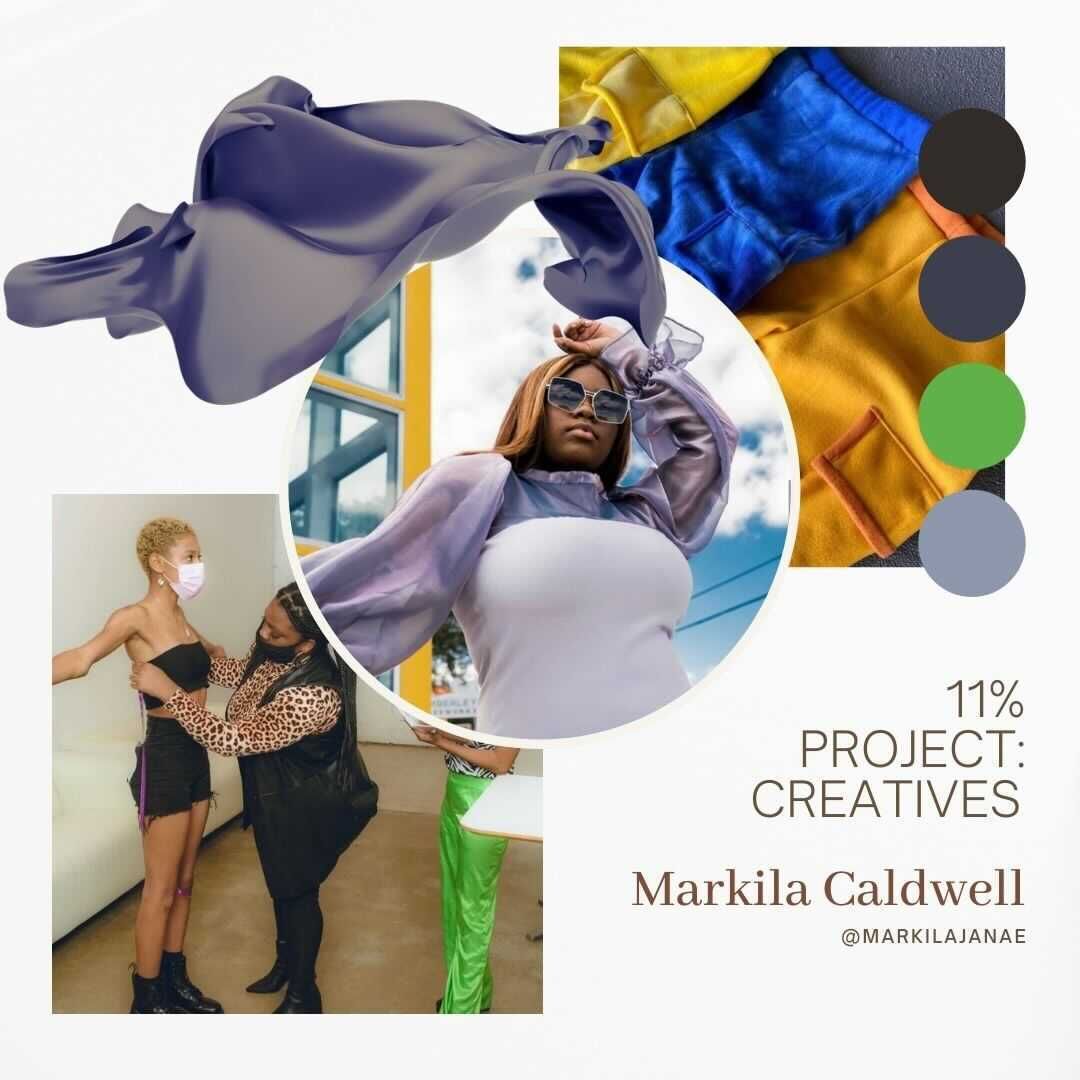 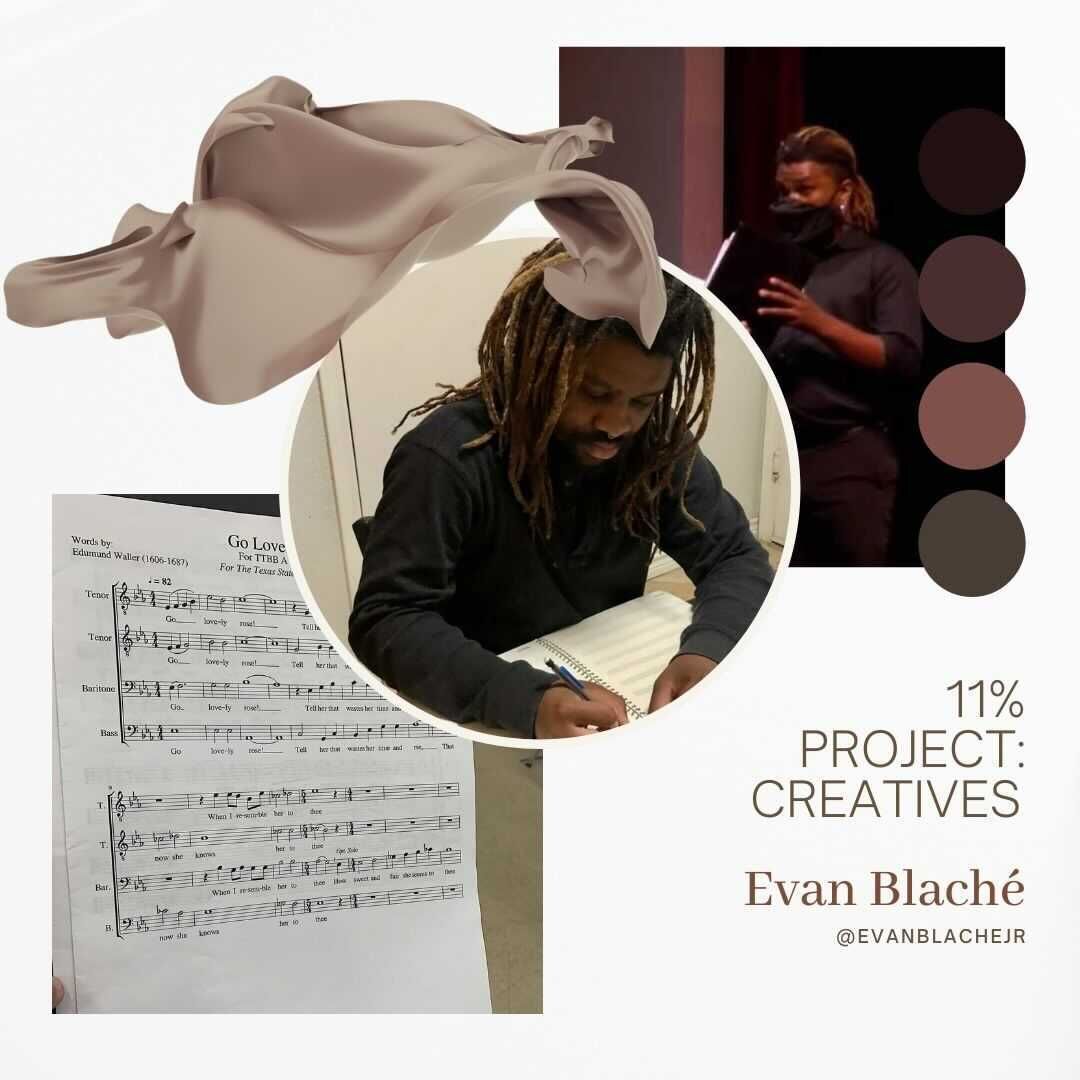 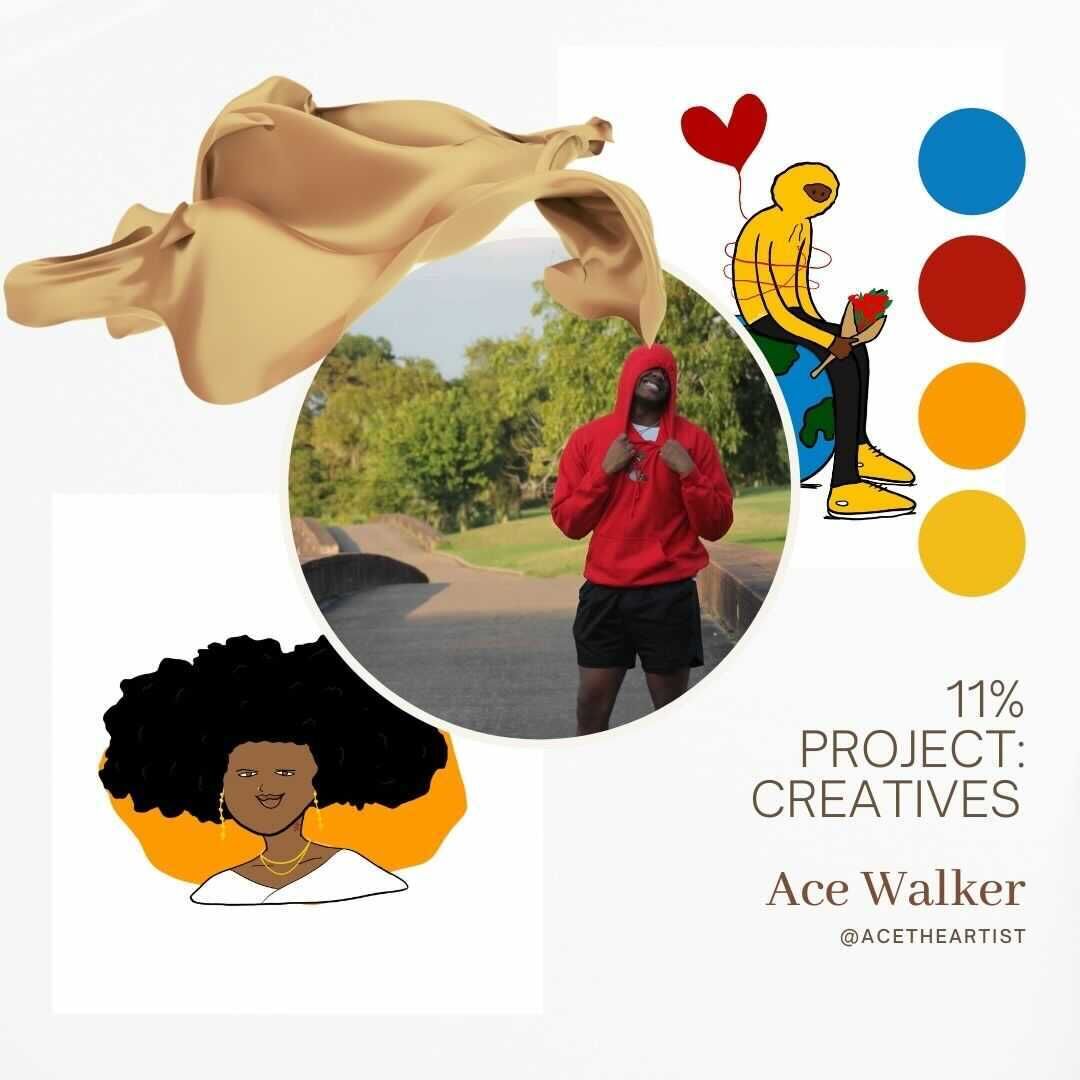 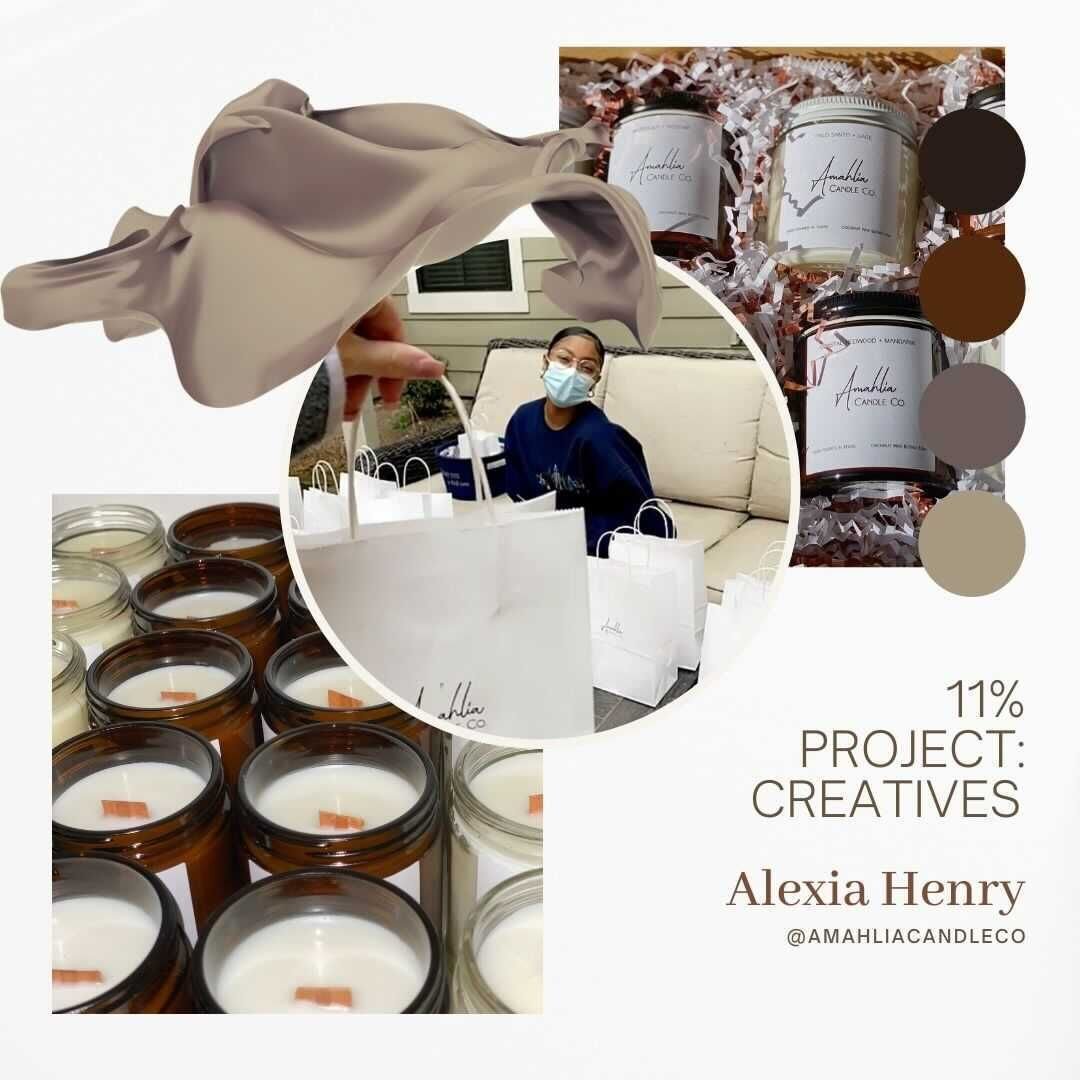 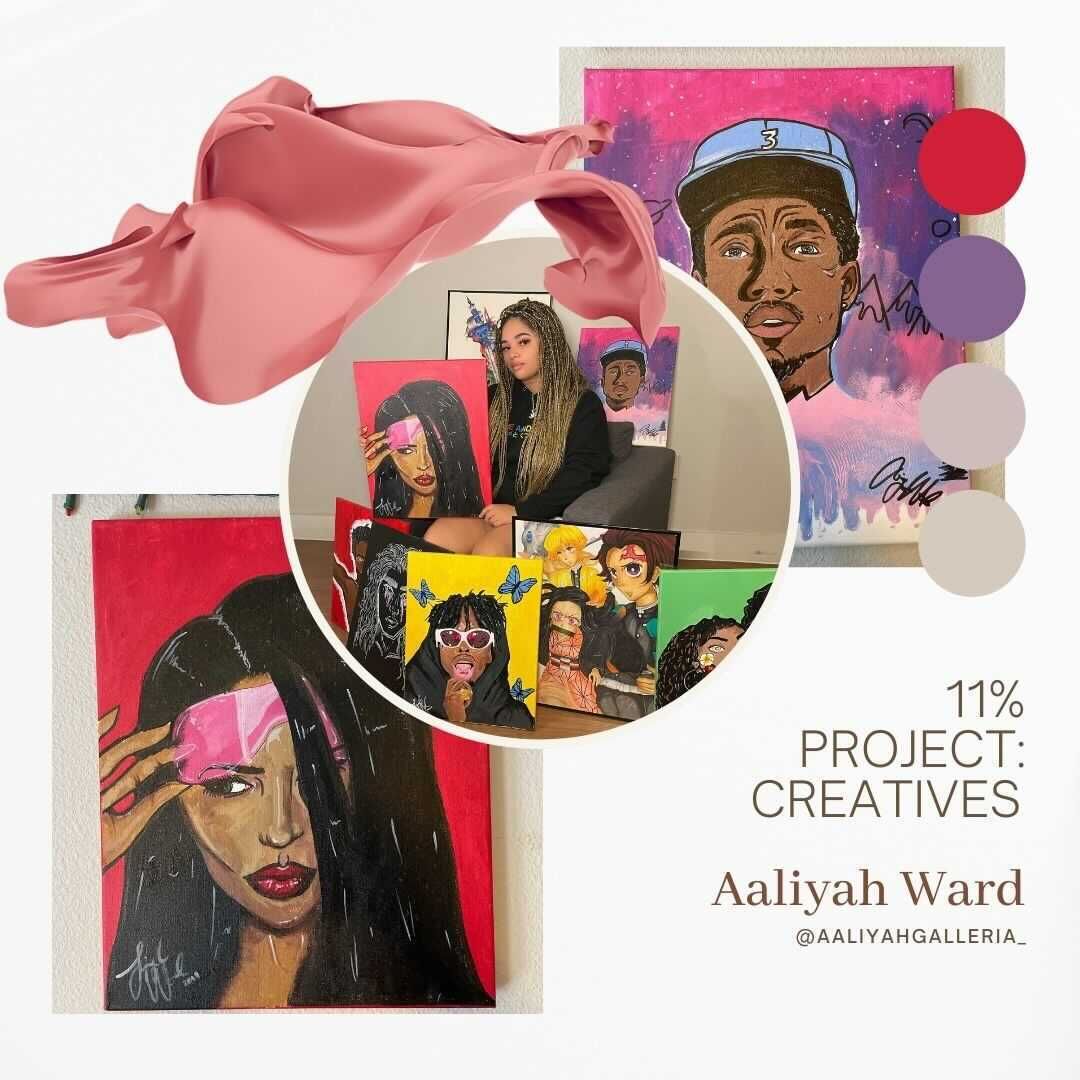 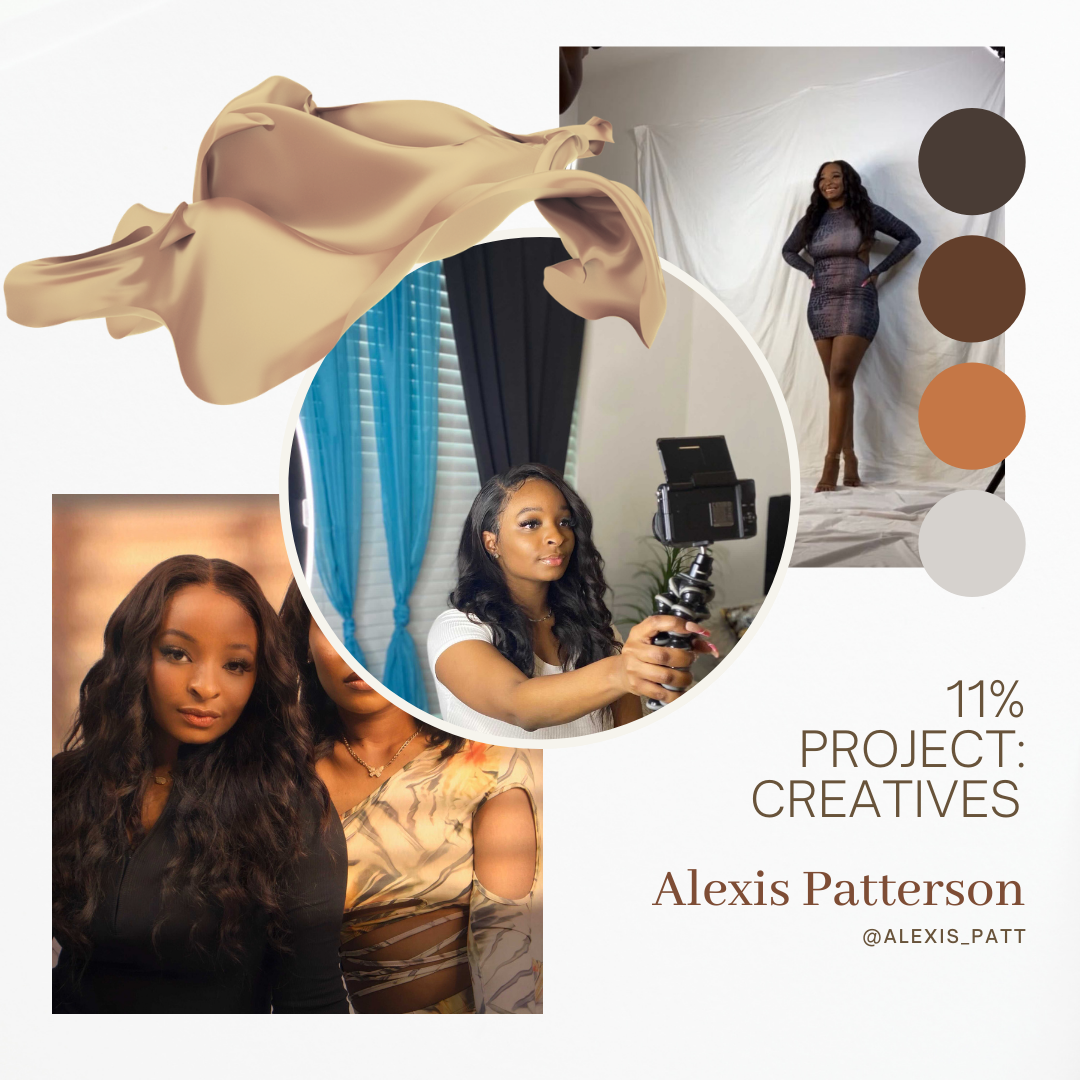 Editor’s Note: For the remainder of the school year, The University Star will take on “The 11% Project," an examination of Black students at Texas State through History, Election, Hometowns, Activism, Creatives and 10 years from now.

When brainstorming what we wanted to do for the Creatives portion of our year-long project focusing on Black students at Texas State, there were difficulties trying to decide the format.

In previous months, we did everything from a timeline and audio stories to a video documentary and an 8,000 word piece. Some of our team members proposed writing a long-form story highlighting these bright minds. Desperately trying to come up with out-of-the-box ideas we had not yet pursued, other team members sat quiet.

Then it clicked. We have a total of over 20,000 followers across all of our social media platforms. Most people consume and spread information through their Twitter, Instagram and Facebook accounts. We figured we could give Black creatives real estate on our platforms to shine.

Our team decided to open up a Google form for people to sign up and tell us about their creative talents. After delays due to staff fatigue and a never-ending news cycle, we received 14 responses and were able to get in contact with nine people. We learned something special about each person.

These people contribute to what makes Black Texas State so remarkable. We hope our readers somehow find a way to support them in their respective endeavors. They are doing the damn thing.

Aaliyah Ward, an acting junior and artist, says she has been painting for as long she can remember. Growing up, she drew inspiration from cartoons and anime shows, such as The Simpsons and Tokyo Mew Mew, to practice her craft.

Ward has come a long way — from sitting in front of her TV emulating the styles from her favorite shows to now running her own business. She is currently accepting commissions and offering drawings/paintings of characters, celebrities, business logos and icons.

Alexia Henry, a dance junior and small business owner, sparked an interest in candle making during the initial months of the COVID-19 pandemic.

Henry’s hobby and passion soon lit into the creation of Amahlia Candle Co. As a self-taught candle maker and founder of her own business, Henry takes pride in her craft and hand pours each candle.

Ace Walker, a communication design sophomore, has always liked doodling in his spare time. After health issues left Walker unable to play high school football like he used to, he decided to pursue his second passion while in college: Drawing.

Today under the name “Boogie Wrld," Walker runs a website where he sells prints and clothing depicting his freestyle digital drawings of unique, cartoon-like characters.

Before Walker places a pen on his iPad, he grabs inspiration by evaluating his current mood and listening to some of his favorite music artists, Playboi Carti and Tyler the Creator. Walker is especially drawn to creating colorful Black characters, who he says are not drawn enough.

Walker hopes to expand his clothing collection in the future and begin selling bigger posters of his artwork.

Evan Blaché, a music studies sophomore, began composing music when he was 13. He loved the idea that you could create new music that had not previously existed and became more serious about composing in high school. Blaché currently sells and takes commissions for music.

Now at Texas State, Blaché is a part of three choirs. He is a Bass 2 for both the Vocem Cordis and the Texas State Chorale and an Insight Fellow for Conspirare. Recently, he worked on a music project, “Voices of Power,” for Vocem Cordis. This project, initially inspired by the murder of George Floyd, is set to be performed and/or recorded during the summer.

Although Blaché has composed different genres of music, he has an affinity for choral music. He finds inspiration not only through mentors but also through themes of humanity and color.

Markila Caldwell, an accounting senior and Houston native, has always had a passion for fashion. After moving to San Marcos for school, Caldwell decided her sophomore year to jumpstart her business, STMNT Threads, to cater to students interested in “street style”.

STMNT Threads is short for “statement”. Caldwell says she wants all who wear her clothes to make a statement and feel empowered.

In 2019, Caldwell showcased her first denim-inspired collection at the Fashion Merchandising Association (FMA) Fall Show. She now manages her business through her social media shop @stmntthreads where she offers services like embroidery, custom shirt orders and her signature statement pieces in various sizes from previous shows.

Her work varies from pull-over hoodies, stitched skirts and graphic tees to illuminous jumpsuits, bustier sets and fitted dresses. She is especially drawn to bright colors like purples, blues and yellows to allow people’s true selves to shine through.

Caldwell hopes to expand her business after graduation and one day create her own shop in Houston. Until then, she plans to continue to make a name for herself as a designer in San Marcos and radiate forward-thinking fashion into her clothing.

Sahara Smith, a health science senior and owner of Sae Cured It Nails, decided to begin her own acrylic nail business after not being satisfied with the local nail salons in San Marcos.

Smith is a self-taught nail technician who learned how to do nails from YouTube and social media. Her biggest inspiration is Natali Carmona, a YouTube content creator and cosmetologist.

Smith’s favorite part about doing nails is meeting new people and gaining strong relationships with them. Her work varies from short to long acrylic nails with various styles like marble patterns, glitters, flowers and ombre.

She feels like she has made a lot of progress since her start in March 2020. Smith’s plan after graduation is to continue doing nails as a side hustle in San Marcos and eventually open up her own shop to inspire more people of color to pursue positions of power.

Seth Jones, a communication design senior, took three photos of his friends, made a Boomerang and evolved it into an award-winning book titled Streetlights, a reminder to young Black people to never forget where they came from.

When going outside as a kid, his mom would remind him of his boundaries when riding his bike: From one mailbox to another down the block. It was not until his freshman year in college that she told him the reason for his limitations as a kid. She just wanted to protect him from a sexual predator who lived in the neighborhood.

His mom was trying to protect him and, in turn, hid him from the world. The book is symbolic of a long-awaited arrival — a time for Black people to step out into the world and shine as bright as the lights beaming down on them.

Jones called upon a bunch of his friends to help out with the book and serve as models — wearing outfits that best present who they are — all of whom were Black. The book includes photography, captured by Jones in an environment with family reunion vibes, with written descriptions explaining each photo’s significance.

Jones hopes Streetlights, set to release in May, connects all of Black Texas State and promotes Black excellence and comfort in one’s light or dark skin, no matter what trials and tribulations are thrown one’s way.

Andrew John, a theater performance and production junior, strives to live every day like it is his last day on Earth — a mantra modeled after one of his inspirations, Denzel Washington. Having performed ever since he was a kid, John takes creativity to a new level with his skits, music, writing and theater performances.

Influenced by a household that thrived with his mother’s performances and achievements, John found his talent gravitating toward comedy writing and music, bringing them to life on his YouTube channel, Taco Productions.

As the pandemic hit and John’s acting career halted, he pondered over his musical abilities, writing lyrics with fervor as he strived to continue his work — pandemic or not.

His pièce de résistance, a YouTube comedy sketch, "Le Kitchen," features John as a chef navigating through the woes of cooking a simple spicy mac and cheese dish. With a dramatic twist, John brings sentiment to the hilarity of his channel.

John hopes to continue growing his career. Texas State has allowed him to grow as a creative, testing the waters for new opportunities and new ways to stir emotions within people. As long as there is a reaction — whether it be laughter, fear, surprise or sadness — John considers his job as an actor an important one.

To learn more about Andrew John and his career, visit his Instagram @taco_productions_.

As a child, Alexis Patterson, now a mass communication senior, began recording and editing videos of her day-to-day life and showed them to her friends and family. One day, before heading off to college, she decided to take a leap of faith and create her own YouTube blog channel.

College is an experience of a lifetime, and Alexis did not just want to rely on her memory years from now. She wanted opportunities to look back at old videos and relive those moments again.

Patterson wants to use her platform to motivate and inspire young girls. Her goal is to serve as an example of what a Black, college-educated entrepreneur looks like.

With every successful plan comes great challenges, and Patterson overcame her fear of not receiving the support she desired. She vowed to continue her blogging journey and put all of her effort into it regardless of what outside support she received.

At the onset of COVID-19, it was difficult for Patterson to brainstorm content ideas since she was limited to the confines of her home. Eventually, she used what was trending on social media and found ways to bring the trends to life.