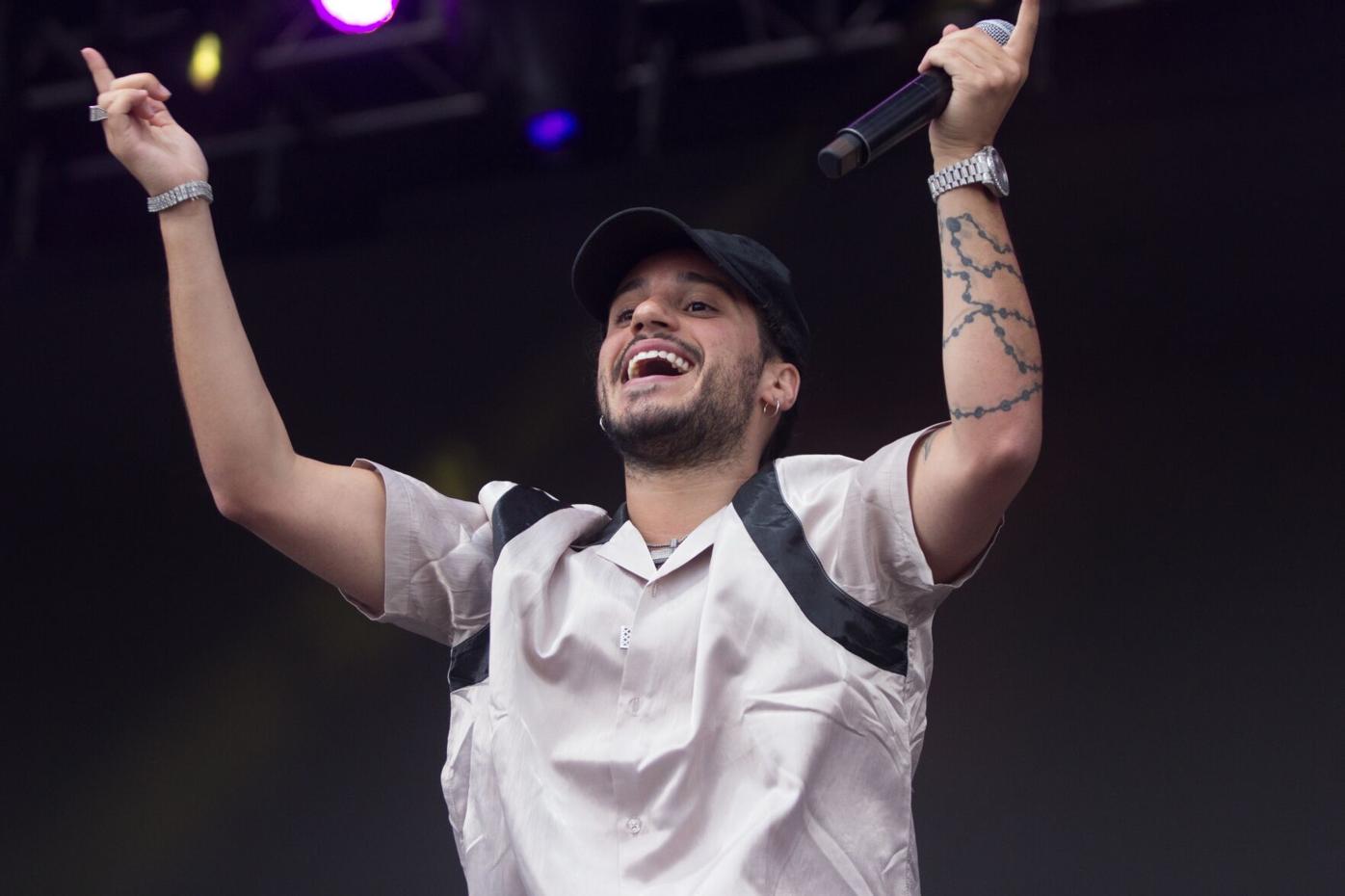 Russ throws his hands in the air Oct. 7 during his performance at Austin City Limits music festival. 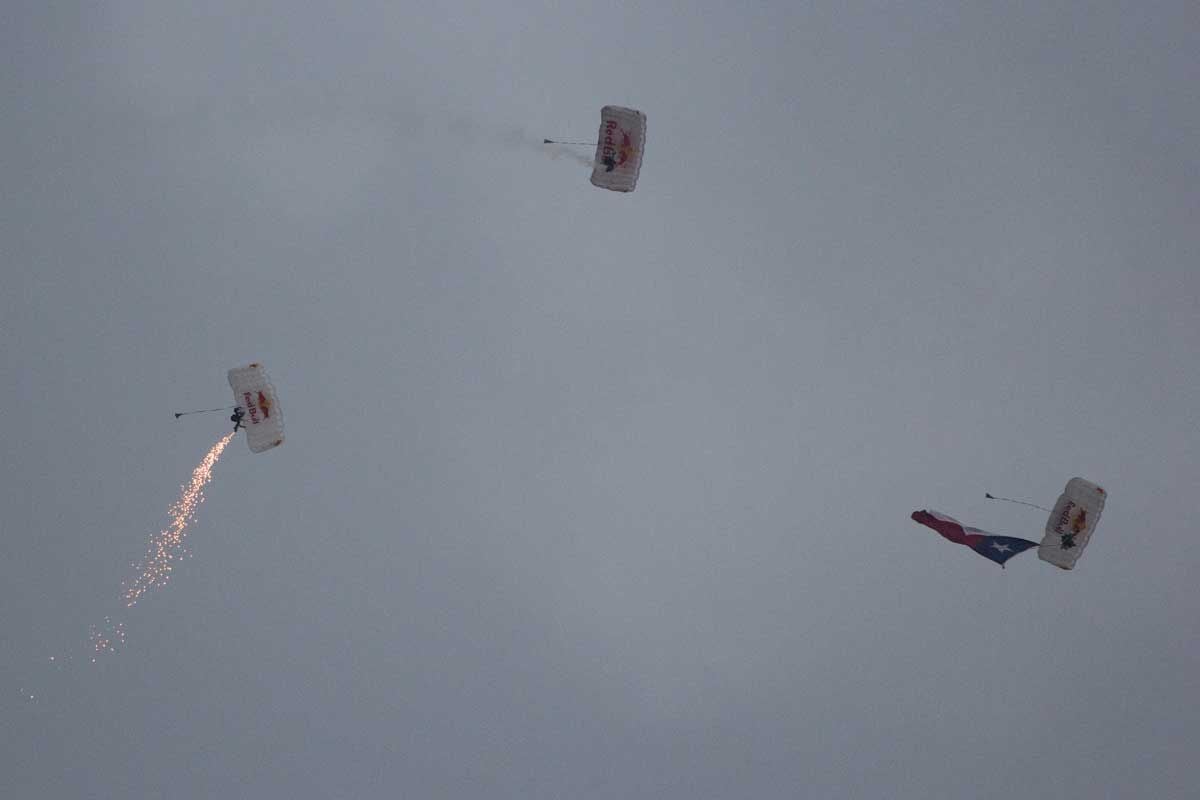 Skydivers soar over the crowd for Tove Lo Oct. 7 as a tribute to Tom Petty. The big screens played a video of the live performance of “Free Fallin” by Tom Petty and the Heartbreakers from last years festival.Photo by Lara Dietrich | Multimedia Editor 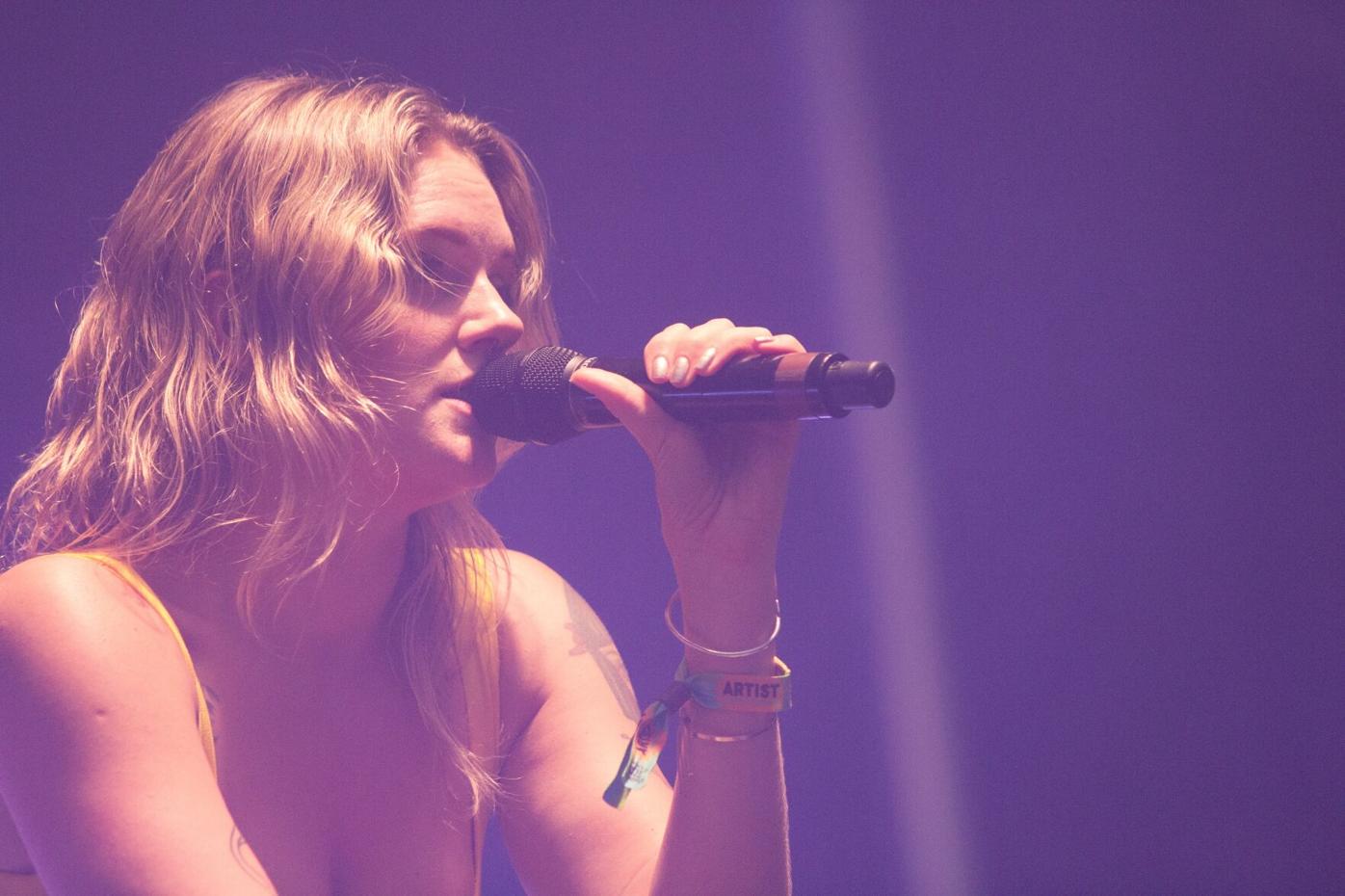 During day two, some shows experienced sound issues and over crowding, which caused an audience member to be injured.

Russ, a rapper and hip hop artist, performed on the Homeaway stage at 5 p.m. to a crowd made up of mainly high school and college students. The crowd packed itself tightly together and began chanting for Russ before he hit the stage.

During the commotion, security personnel had to lift a woman over the barricades near to the front of the stage. The woman had been stepped on and was injured at her left foot and knee. The injured attendee was lifted backstage right as Russ began his set.

Throughout his set, Russ played his hits “What They Want” and “Me You” to his back up vocals. The artist stopped multiple times to address the audience on his album.

Luis Montoya, Leek City resident, said he came out for Saturday only in the hopes of catching Russ and a traditional ACL experience.

“It’s my first time at ACL. I’m really hoping to get the full experience,” Montoya said. “I thought it would be bigger, but I’m here early to catch Russ go on.”

An hour later on the Barton Springs stage, more college students from the University of Texas and Texas A&M gathered among others to wait for Ebba Tove Elsa Nilsson, also known as Tove Lo, to perform. The students started chanting their school mottos at each other and screaming across the crowd.

Before Tove Lo took the stage, two big screens on each side of the stage directed audience members to look to the sky. A plane was dropping three professional skydivers falling to a choreographed routine to Tom Petty’s Free Falling. The performance was a tribute to Tom Petty’s recent death.

Once the skydivers, with their fireworks and Texas flag landed, Tove Lo took the stage to perform hits from her latest Electropop album, Lady Wood. However, Tove Lo only managed to get through three songs before she went back stage during some technical difficulties.

Tove Lo’s music had stopped, leaving her with her mic to talk to the crowd for a few moments. Once back up arrived, Tove Lo resumed, but had to perform to off-timing backup, until she and her set were able to adjust for the remainder of the show.

The night finished off with dueling performances from the Red Hot Chili Peppers and Chance the Rapper. The headliners were stationed on their stages on opposite ends from the park. However, each had audiences so large, the attendees in the center of the park could hear the musicians at the same a time, an odd combination.

The combination did not seem to concern the audience members. Each side had a loyal crowd looking to enjoy the show.

“I came to ACL because it’s a tradition for three years now,” said Cecil Akin, Houston resident said. “It’s a tradition, but so are the Red Hot Chili Pepper, I’ve been listening since I was a kid.”

Across the park, Chance the Rapper played some of his newest songs and was accompanied by massive screens providing visuals as back up.