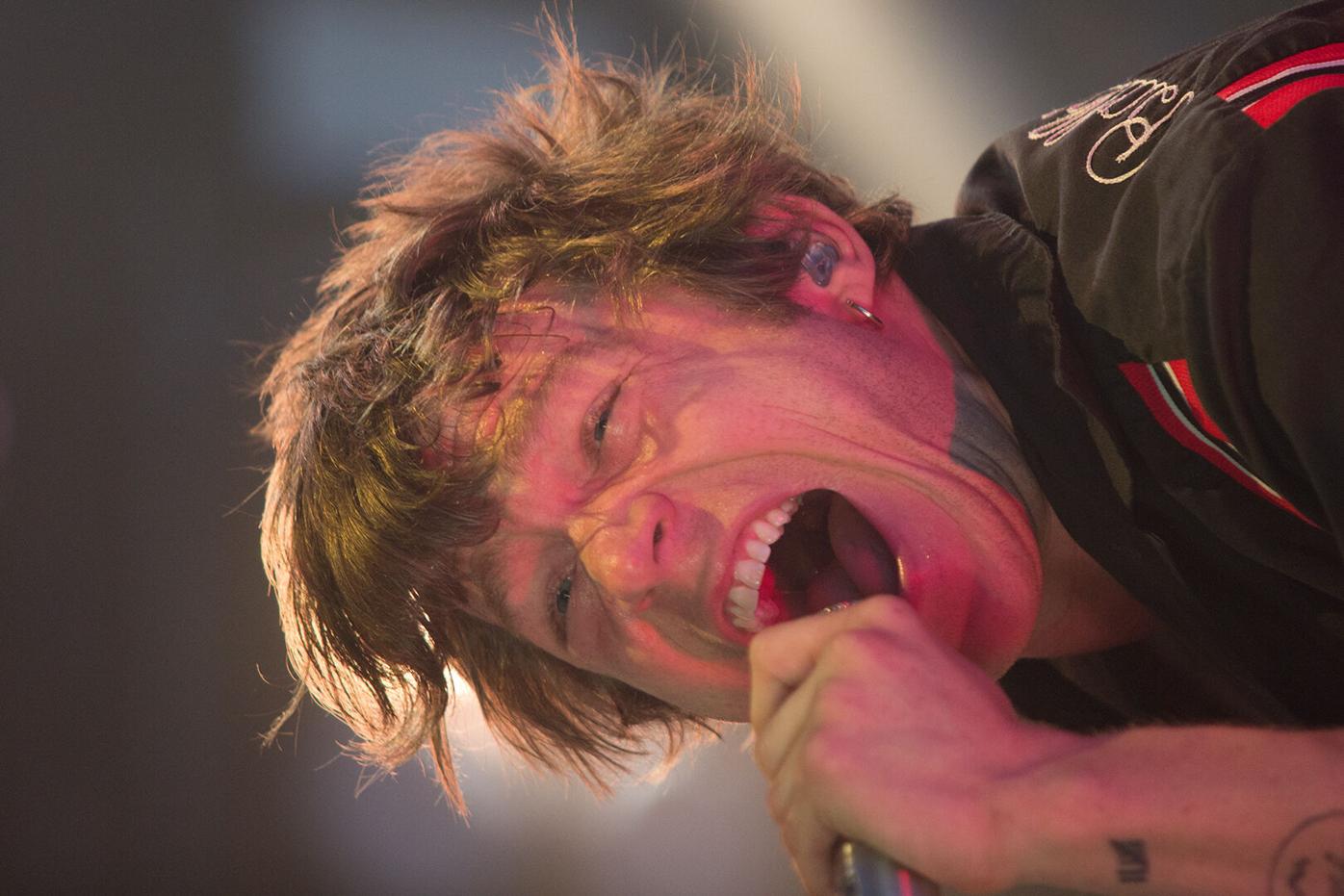 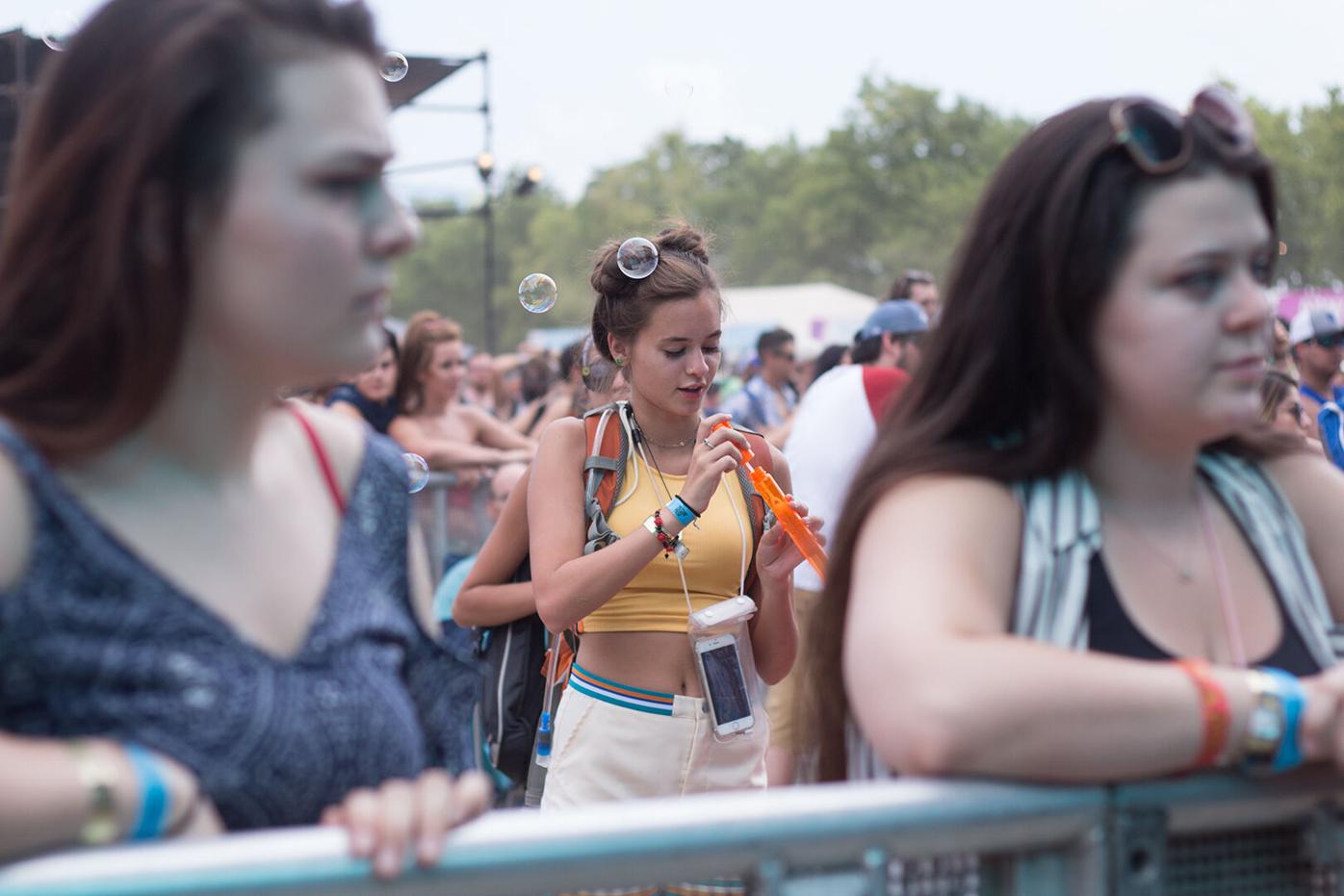 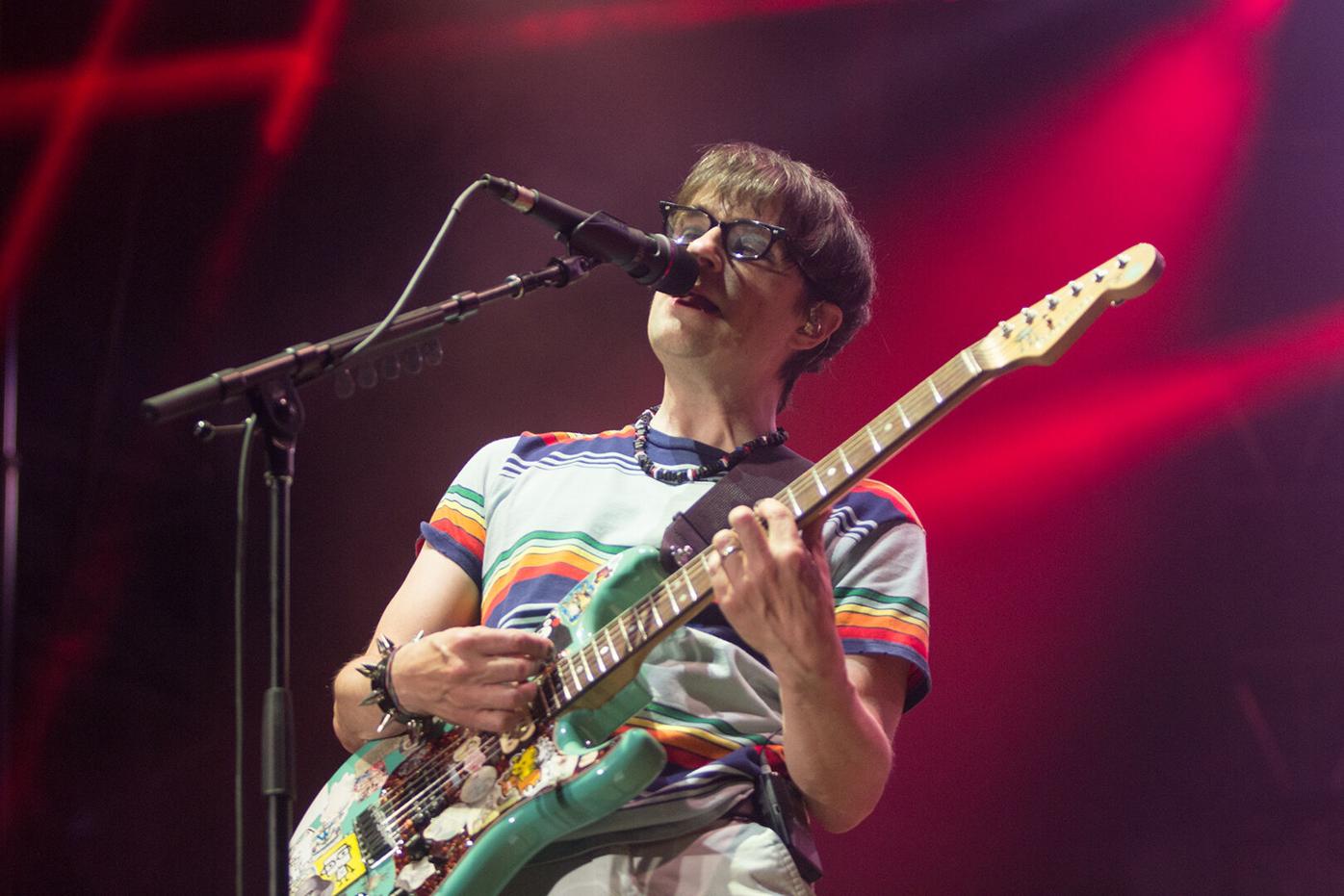 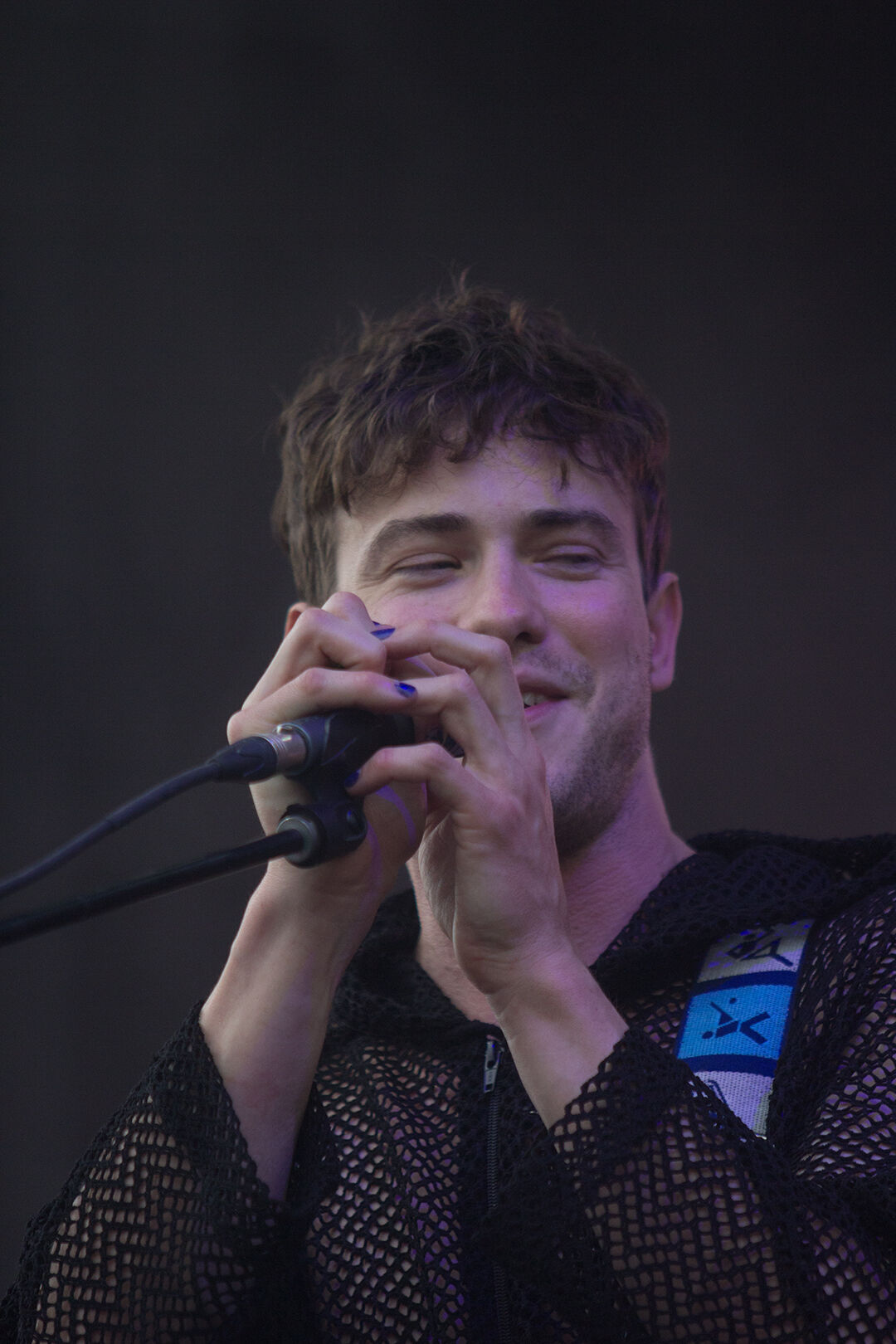 The second and final day of the annual Float Fest roared on Sunday after campers and attendees took their second rounds of floating through the San Marcos River.

The second day was marked with plenty of dust and dirt flying through the air, dark clouds and high temperatures. These conditions went seemingly unnoticed by crowd of attendees who came and went between stages. Ultimately, the largest crowd of the entire weekend arrived to see Cage The Elephant on the Sun stage. The audience was packed in like sardines, but the crowd still stretched from the stage all the way to the carnival grounds and beyond.

Cage The Elephant, a rock band lead by Matt Shultz, filled the crowd with energy with dancing and electric moves. The lead guitarist got up close and personal with the audience for a moment by leaping down from the stage, while Shultz leaned over the edge singing at the top of his lungs.

Cage The Elephant brought out fan-favorite hits like “Cold Cold Cold” and “Trouble” which was welcomed by a roaring audience who seemed to know every word and every beat perfectly. Excitement erupted when Shultz started “Ain’t No Rest For The Wicked” a song easily recognized by fans and first-timers alike. All throughout the set, Schultz was lit with energy, like the stage was lit with flames from cannons, the singer even pummeled his mic stand.

Day two of the festival had a different vibe than the previous, with rock bands of all levels taking the places of popular electric DJs and rappers. Weezer, the top headlining act, played classics such as “Beverly Hills” and brought the audience back to 2005 for a couple of minutes.

Nicholas Gager, an attendee and volunteer from Arkansas, came to float fest to celebrate a friend’s birthday and work. However, he discovered his friend had been arrested early Saturday afternoon on three counts including public intoxication, resisting arrest and failure to I.D. Gager’s friend is in for $3,500 in bail, leaving Gager at the festival alone.

“I’m worried about him, but there is nothing we can do right now, it’s a lesson learned,” Gager said. ”So, I finished volunteering, and I’m happy to see Cage the Elephant and Weezer. I’ve listened to all of their albums.”

Other acts included MGMT and WildChild, a band of members hailing from Austin, San Marcos and Wimberly. Despite sound issues during the beginning of their sets, each band pulled together for mellow, audience-pleasing performances.

MGMT, psychedelic rock band lead by Andrew VanWyngarden, took the water stage around and jammed through its whole set with a full and rowdy audience. VanWyngarden played a mix of old and new songs with all he could, his face even turning violet at the end of the band’s second song.

Chris Xu, music blogger and photographer for his blog, Sunlighter, was out for the second year.

“I’m here mainly because I’ve always enjoyed music. I started a music blog and I want to shoot concerts,” Xu said. “This year the venue and production is way better than last year. The stages are huge.”

Despite many fans showing up for top headliners such as MGMT, Cage The Elephant and Weezer, some fans thoroughly enjoyed the opening acts and attended every show. Scott Crisp, San Antonio resident and attendee, said he really liked WildChild and UME.

“The best concerts were in the middle of the day where you could get close to the stage,” Crisp said. “It was the best because of that interpersonal element.”

Protesters gathered in downtown San Marcos Oct. 24 in support of the movement to end the Nigerian federal police force known as the Special Anti-Robbery Squad, or SARS.

Texas State earned a convincing 3-1 Senior Day win at home Oct. 25 against the University of Louisiana-Monroe following a disciplined yet dynamic finale to the regular season.

Texas State football was unable to contain an explosive BYU offense Oct. 24, losing 14-52 and dropping its fourth consecutive game ahead of a tough conference schedule.

The Main Point: We support The Daily Gamecock’s decision

The University Star's editorial board stands by The Daily Gamecock, the student-run news organization of the University of South Carolina, and its decision to take a week off.