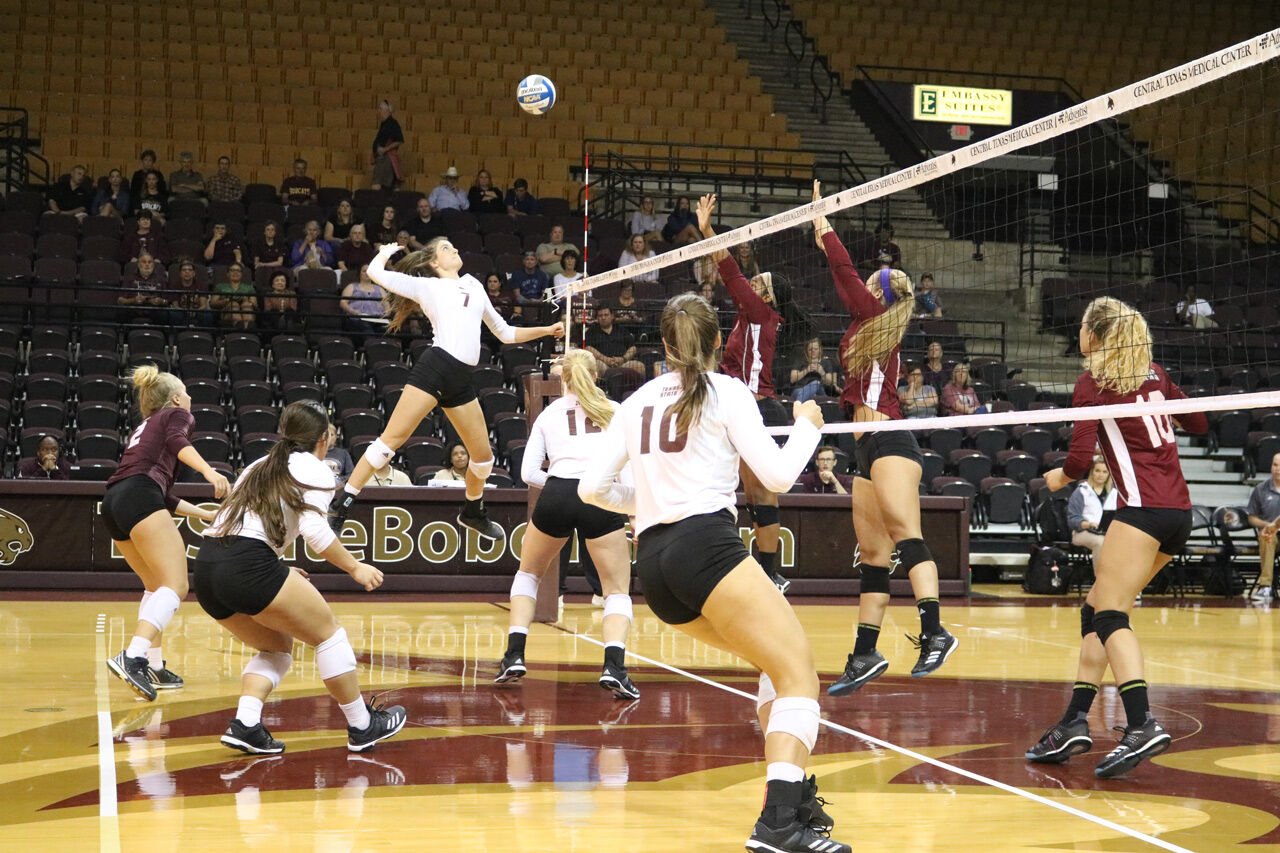 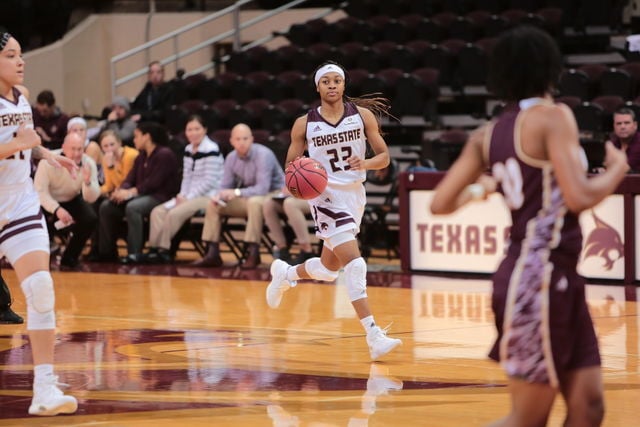 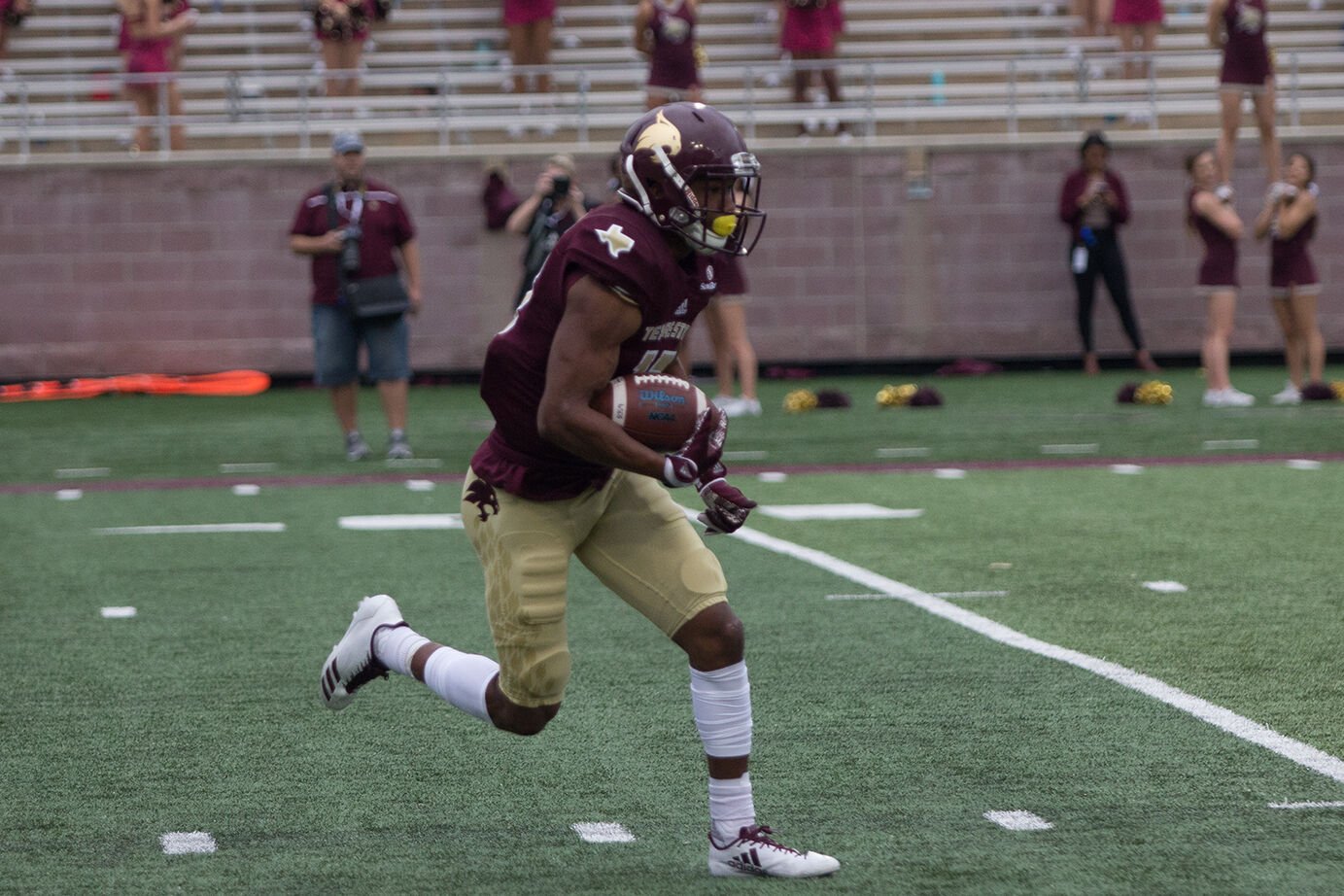 Head coach Karen Chisum said she looks forward to advancing with the team to the NCAA tournament.

“I’m really excited for this group,” Chisum said. “It doesn’t matter where we go, Austin, Portland or Anchorage, we are going to take the best team and effort that we possibly can.”

The Texas State Volleyball team will turn its attention to the NCAA 2018 D1 Women’s Volleyball Championship, where they will face the best collegiate volleyball teams in the nation. The tournament is held in a traditional bracket-style and is set to take place Dec. 13-15 at the Target Center in Minneapolis Minnesota.

The Texas State women’s basketball team competed in the Preseason WNIT this weekend. After falling to New Mexico in their opener last weekend, they moved down to the consolation bracket. The Bobcats competed twice this weekend, splitting even at 1-1.

Last Friday, the Bobcats got the 72-67 victory against Nicholl’s State. Senior guard Toshua Leavitt led the way with 20 points. Leavitt was one of three Bobcats to score in double figures. She knocked down six 3-point field goals, which moved her into second place on the all-time Sun Belt 3-point list.

Junior guard Brooke Holle also score in double-digits with 17 points. She had a team-high of eight rebounds. Sophomore Jayla Johnson also made a contribution off the bench with a career-best 12 points.

The Bobcats fell on Saturday to Montana State in the final game of the preseason WNIT with a score of 59-67. Toshua Leavitt again led the way with 19 points. She was one of two players to score in double figures for Texas State. Sophomore forward Jayla Johnson also added 10 points.

Montana State opened their lead up to 16 early in the second quarter. Texas State took the lead in the second half but wasn’t able to close it out. They shot thirty-two percent from the field and fell to 1-2 on the season.

The Texas State women’s basketball team will return to Strahan Coliseum on Tuesday, Nov. 20 to take on the UTSA Roadrunners.

The Bobcats offensive struggles led to a 12-7 Trojans win on Saturday, November 17th, causing Texas State to fall to 3-8 on the season.

Coming into the game, the Trojans were one of the highest scoring teams in the Sun Belt conference, but the Bobcat defense showed up on Saturday, as Troy’s offense could only come up with 4 field goals.

Junior linebackers, Nikolas Daniels and Bryan London Jr. led the team in tackles on the day. Troy’s defense had 6 takeaways on the day including 5 INT by Freshman Quarterback Tyler Vitt.

Junior running back Anthony Taylor had the only score on the day with a three-yard-touchdown late in the game. Texas State will return home for their last game of the season as they take on Arkansas State at home this Saturday at 3 p.m.

San Marcos participated in a community-based biodiversity study that revealed where native pollinator habitats can be placed to best aid in the conservation of monarch butterflies, a species in crisis.

Faculty Senate liaisons expressed discomfort with a potential return to in-person classes in the fall 2021 semester and the addition of an outside observer to Personnel Committee meetings in the senate's Oct. 21 meeting.