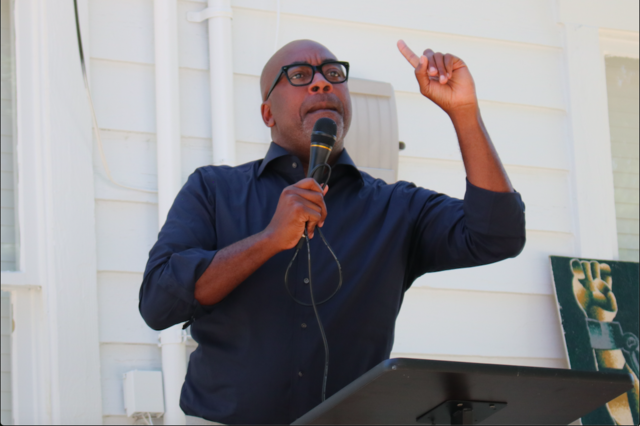 Vice President for Diversity and Community Engagement and the George Littlefield Professor of American History at the University of Texas-Austin Leonard Moore speaks about Juneteenth, Saturday, June 19, 2021, at Calaboose African American History Museum. 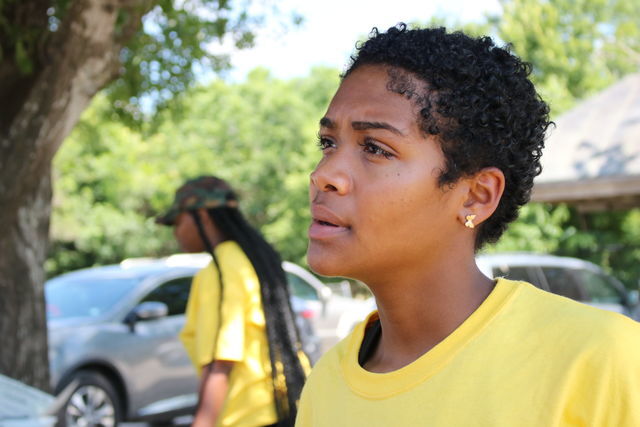 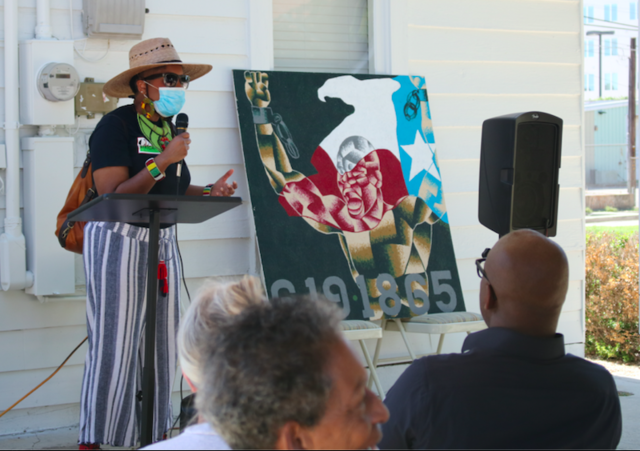 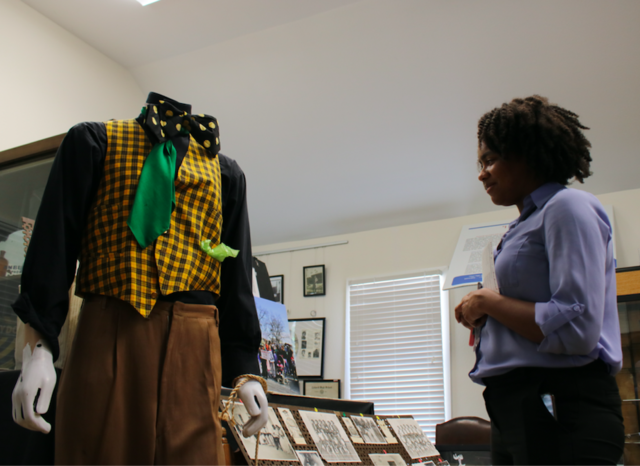 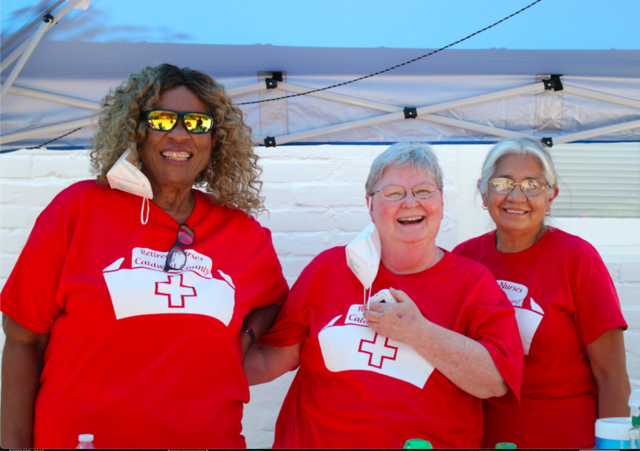 (From left to right) retired nurses

After a 16-month closure due to the COVID-19 pandemic, the Calaboose African American History Museum celebrated Juneteenth by showcasing its exhibit, “100 Years of Black Businesses”.

Dr. Leonard Moore, vice president for diversity and community engagement and the George Littlefield professor of American history at the University of Texas-Austin, kicked off the celebration with, "Juneteenth and the Spirit of Black Self-Reliance", a speech illustrating the progression Black people made after learning they were no longer enslaved on June 19, 1865.

In his speech, Moore explained after their enslavement, Black people built homes and educational institutions and reunited families that had been separated due to slave selling. He says celebrating Juneteenth not only remembers and celebrates the end of enslavement but how Black people became successful and have succeeded since then.

"Black history, it's so central to U.S. history," Moore says. "I think our DNA, our blood is in a brick and mortar of this country. So, it's always good to come out to celebrate something like, you know, Emancipation Day."

Texas State's Institutional Inclusive Excellence Student Initiatives (IIE-SI) office lent a helping hand to celebrate Juneteenth with the Calaboose instead of hosting a celebration on its own.

Dr. Dana Fitzpatrick, IIE-SI student support specialist II, says the decision to collaborate with the museum was made due to not many students being on campus to attend a Juneteenth celebration. She adds the collaboration was also an opportunity for the IIE-SI office to interact with and teach the San Marcos community about the importance of Juneteenth.

"We always try to maximize our impact and what we can offer," Fitzpatrick says. "The decision was made just to be able to be a support to the Calaboose, who were already planning their Juneteenth grand reopening and that way, this is to support their initiative to, you know, give in whatever way if we can."

During the celebration, the Calaboose reopened its doors to showcase “100 Years of Black Businesses”, a new exhibit depicting the various generations of Black-owned business in San Marcos alongside a display contributed to the Tulsa Oklahoma Race Massacre of 1921 were over 35 blocks of thriving Black businesses and homes in what was known as Black Wall Street was rioted and burned to the ground.

Calaboose Museum President Skyller Walkes says the significance of having both displays together was to show the progression of Black businesses throughout history and in the local community. She adds having public spaces, such as the Calaboose, around to educated and value history free-of-charge allows anyone the tools to learn more.

"It also helps to reveal how much about our past is unknown, how much about our past, and the stories of thriving in our cultural and racial past have not been unearthed, or there's only a small amount of people that know these truths, know these dynamic truths to be," Walkes says. "That is something that I think we have to be strategically intentional about unveiling and that means not only waiting for our educational institutions to do the educating but also making sure that our informal and non-formal educational spaces and institutions like museums provide the public of all ages, races, creeds, ethnicities, genders, sexuality and orientation and expression, access to spaces where they can get that education in a communal space because I think that's so powerful."

Throughout the reopening celebration, the museum provided tours, chalk drawing, youth crafts, games of dominoes and spades, a Peace Pie Social and a COVID-19 vaccination drive hosted by the Retired Nurses of Caldwell County.

Calaboose lead-junior volunteer Kattiana Ealy regularly gives tours of the museum but for the Juneteenth celebration, assisted visitors who had questions about the holiday or exhibit. She says she was happy with the community's turnout.

"We planned to open up in August, but because of Juneteenth, we were like 'Why not do it, why not on the federal holiday', and I think it's pretty special because a lot of people came out, more than we expected. It's just very significant because the Calaboose was the first museum here," Ealy says.

For more information about the Calaboose African American History Museum visit its website.