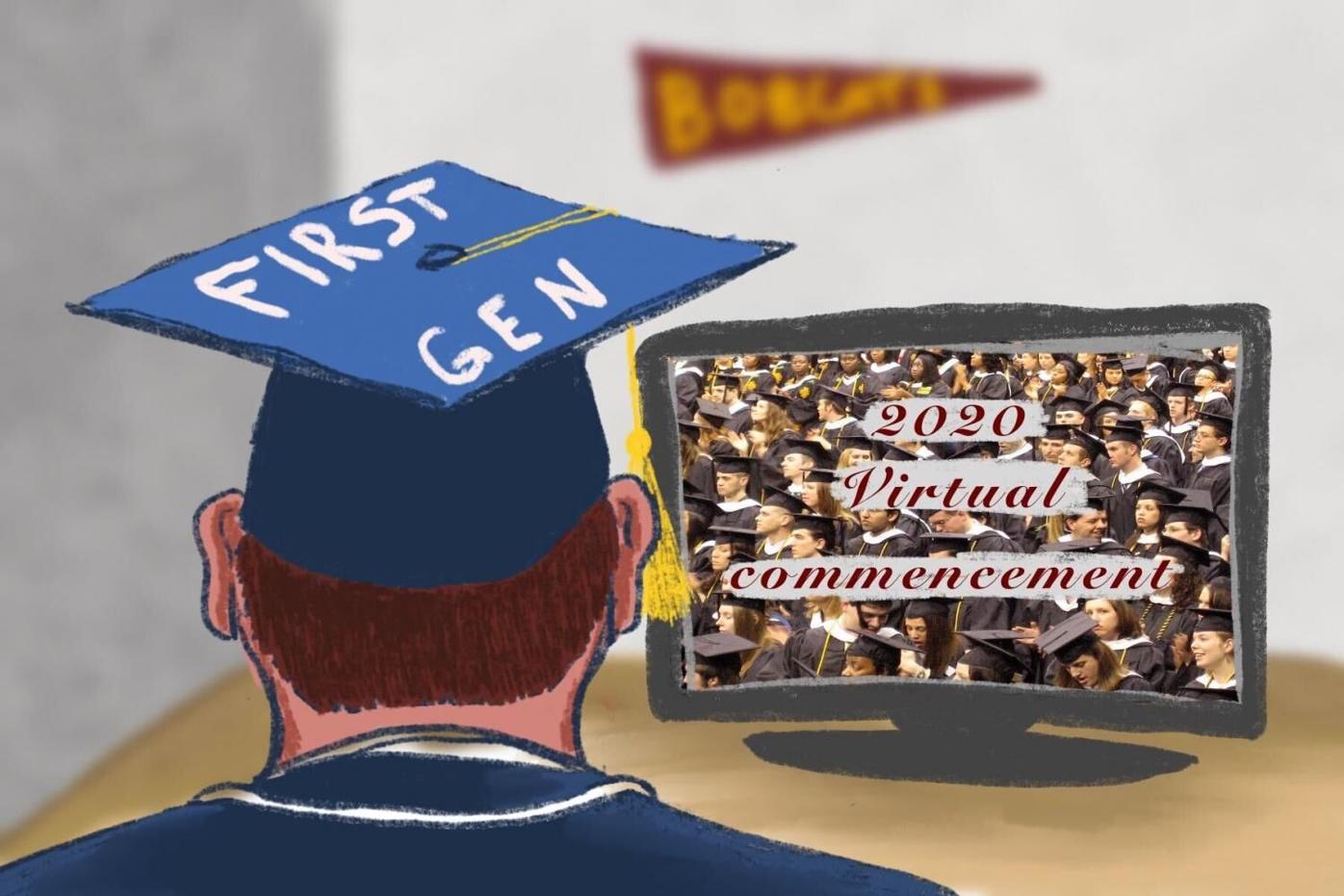 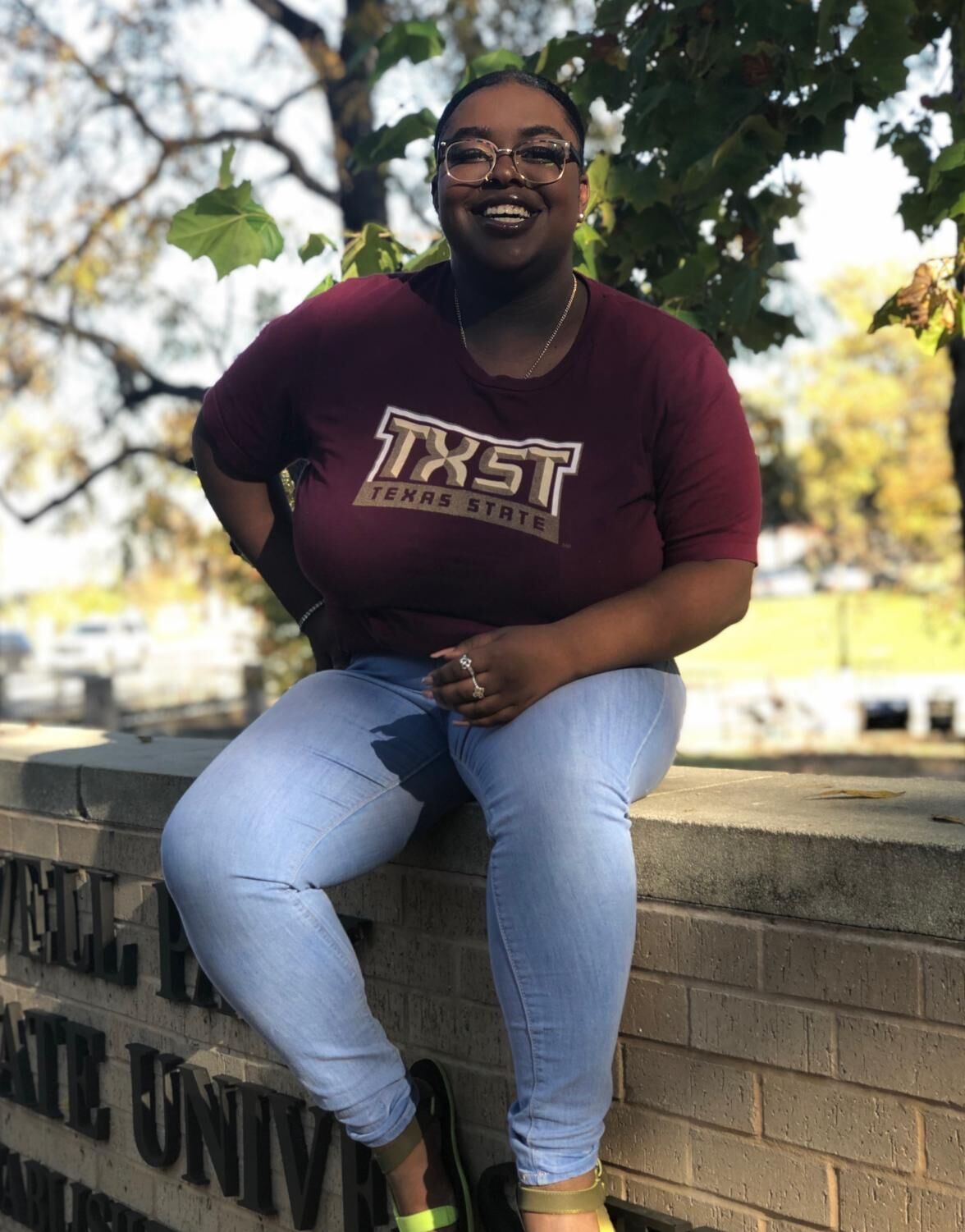 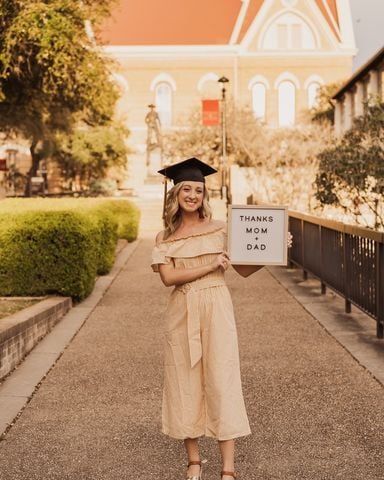 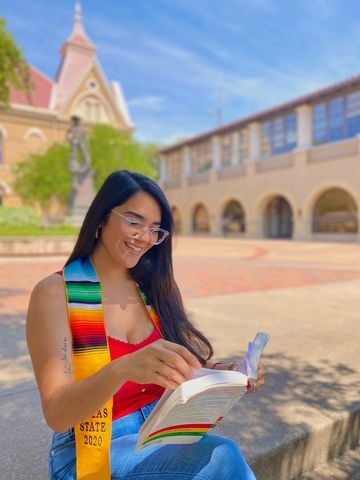 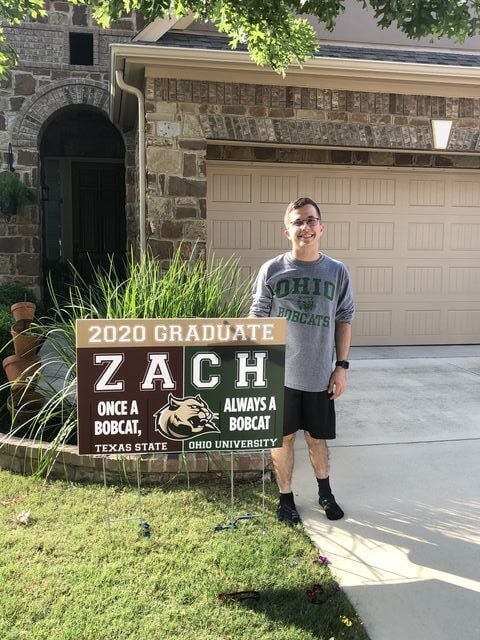 Athletic training graduate Zach Patton stands near a 2020 Graduate sign. Patton is a first-generation graduate who will be attending graduate school at Ohio University. Photo courtesy of Zach Patton 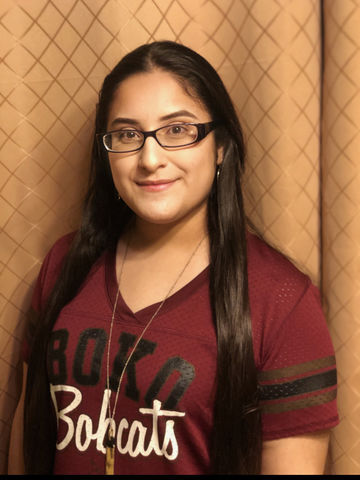 Walking the stage at college graduation was something Ahkilah Armster anticipated her entire life. After finally arriving at Texas State, the day her name would echo through Strahan Coliseum and her family would be able to celebrate seemed inevitable.

“It would’ve been a life-changing moment. It would’ve felt real, like this actually happened,” Armster said. “I always had dreams of crossing the stage; it’s something that I’ve always imagined.”

Like many first-generation graduates, Armster’s moment was taken away from her after President Denise Trauth announced the cancellation of all spring and summer in-person commencement ceremonies due to precautions over COVID-19.

Armster, a marketing graduate, received the news moments before she was scheduled to give a final presentation for a class. With a heavy heart and disappointment in her eyes, she brushed her emotions off and finished what she started.

“There’s been a lot of sacrifices made for me even to be able to go to college,” Armster said. “[By going to college] I’ve given my family a new perspective on how life could be and [showed them] we didn’t have to settle for what we were born in.”

As an only child, graduating from college was expected to be a momentous experience for both Addison Turner, psychology graduate, and her family. After reading the news that commencement would be held virtually, Turner said she had to read the announcement twice because she couldn’t believe it.

“In my head I was just very confused and upset,” Turner said. “Now, I have had time to chill out and let it settle. At the end of the day, I don’t really need a graduation to celebrate.”

Now that commencement will be held virtually, Turner said her family is planning a small celebration for her. She said she plans on jumping in her aunt and uncle’s pool to mimic the Texas State tradition of jumping into the river after commencement. For Turner, jumping in the river would have signified jumping into a new beginning.

“[It’s like] being done with one thing and jumping into the next chapter of your life— getting everything completed and putting college behind you,” Turner said.

With relatives expected to travel from Michigan and Mexico, Melissa Acosta-Gamez, Spanish graduate, said an in-person graduation ceremony would have meant a reunion for her family.

“We had a party planned, and then flights were getting canceled. Not having them out here feels like I’m just doing it alone,” Acosta-Gamez said.

Despite the circumstances, Acosta-Gamez said she was able to finish her final semester stronger than she ever had before.

“I’ve been thinking about it, and I don’t feel like I need a commencement, just because knowing that I was able to do all of this with everything going on, I feel much better about everything,” Acosta-Gamez said.

With her degree, Acosta-Gamez said she hopes to pursue a career working with a non-profit organization for Latinx immigrants. She said she is also looking forward to becoming a resource for younger family members who follow her footsteps and go to college.

Like Acosta-Gamez, Zach Patton, athletic training graduate, said he looks forward to becoming an inspiration for his younger family members who decide to go to college.

For Patton, walking across the stage was supposed to be a moment where he could have shown his younger family members that with hard work anything is possible. Although Patton will not be able to walk the stage this year, he said he is looking forward to attending graduate school at Ohio University.

“It’s a little upsetting and a little disheartening, but it makes me want to work that much harder to complete my master’s degree so I can walk the stage then,” Patton said.

Regardless of the situation, Patton said he realizes that what matters most is he is a first-generation college graduate.

“I had those dreams, and I wanted to be able to reach them for myself,” Patton said. “I really wanted to go to college to push myself so I can reach my goals and work in the career field that I want to work in.”

As the first in her family to earn a college degree, Emily Morales Avila, consumer affairs graduate with a teaching certification for grades 6-12, said her heart dropped when she received the news commencement would be held virtually.

Morales Avila said her family encountered many hardships throughout her time in college. Due to finances, she said her father was not able to visit her often, and her mother worked three jobs. She said being able to walk the stage would have been a reflection of her parents’ hard work as well as a pursuit of a better opportunity for her family.

“(My dad) tried to cheer me up, but he was also kinda hurt by it,” Morales Avila said. “We had been planning for it for four years, and we won’t be able to jump in the river together, take a picture together, but he was like later on, we can.”

Morales Avila said her family will honor her accomplishments with or without a ceremony, even if it means buying her a pool so she, too, can celebrate her time as a Bobcat by jumping in the “river”.

“It would’ve meant not just my graduation but theirs, to celebrate them and everything they have given me,” Morales Avila said. “To be able to do something like this, it would’ve been an act of my upmost gratitude towards them.”

The University Star’s COVID-19 coverage can be found here.