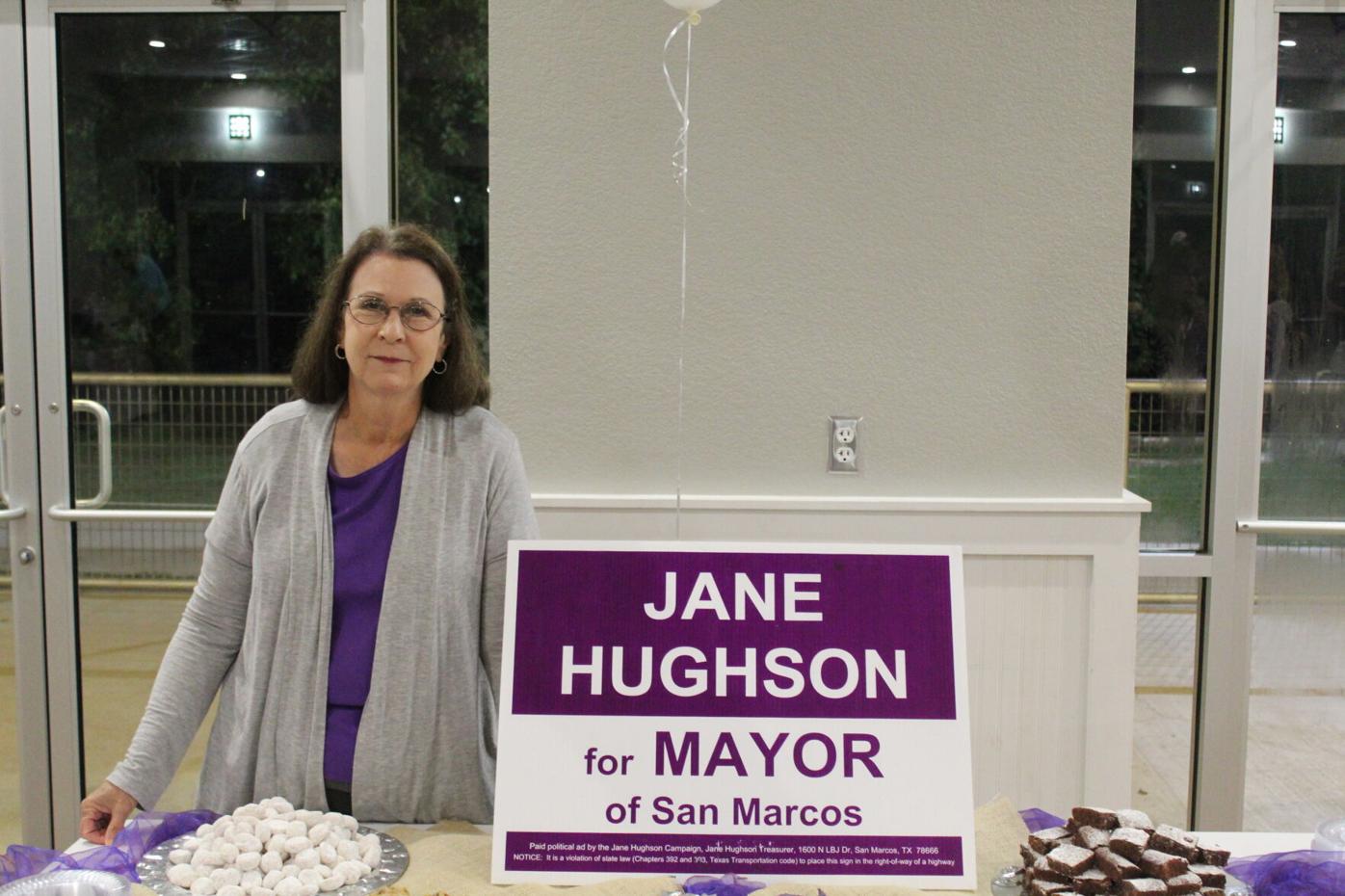 With treats and friends at her watch party, Jane Hughson was elected as mayor Nov. 6, beating incumbent John Thomaides. 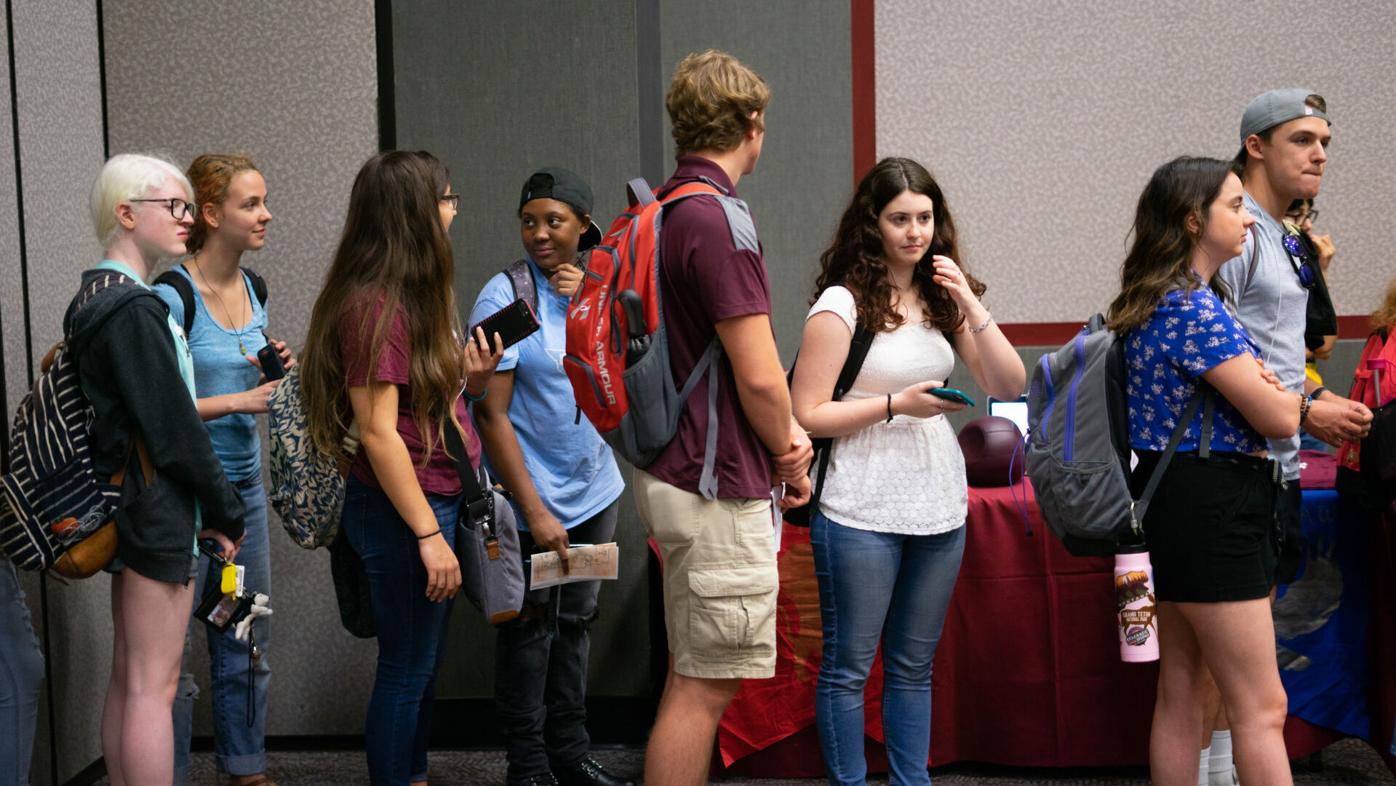 With treats and friends at her watch party, Jane Hughson was elected as mayor Nov. 6, beating incumbent John Thomaides.

Hughson won the election with 52.74 percent of the total vote, according to Hays County’s official records. Early voting records concluding Nov. 2 predicted Hughson’s win with a 6.22-percent lead. Hughson worked at Texas State University for 33 years before retiring in 2015 and has served four terms on City Council, where she is currently the Place 4 councilmember. Additionally, she has served on several policy committees, including the Capital Area Regional Transportation Planning Organization and the Central Texas Clean Air Coalition.

“San Marcos has been on an upward trajectory,” Hughson said. “We’ve been in top 10 lists of all kind for retirement, for having fun. We’re going to continue what we’ve been doing. We’re going to keep reaching for the sky.”

Thomaides was elected as mayor in 2016 and had previously served five terms on City Council. He was unavailable for comment and held a private watch party. Thomaides’ platform focused on bringing in more businesses and protecting the San Marcos River. Similarly, Hughson ran on a platform centered around conserving the sensitive local environments and lowering the poverty level in town through job creation.

“We’re going to have quality jobs coming in,” Hughson said. “I want to ensure we don’t forget the residents that are in the low-to-moderate income level. Our Workforce Housing Committee is working to see how we can get more workforce housing here.”

At Hughson’s watch party, San Marcos Planning and Zoning Commissioner Mike Dillion said he expected Thomaides to win because of his status as an incumbent.

“I’ve supported her candidacy, but John Thomaides is the incumbent,” Dillon said. “I think he has more control of the neighborhoods than Jane (Hughson) does. She’s a long-time politician in town and has been on several committees, so I guess we’ll see.”

As early voting concluded Nov. 2, Hays County had the fifth highest early voting percentages in Texas. For comparison, more Hays County residents voted in the 2018 midterm than in the 2016 presidential election. Don Inbody, a senior political science lecturer at Texas State University, said local elections directly impact the day-to-day routines of San Marcos residents and everybody should keep their eye on local seats.

In addition to the mayoral seat, several City Council seats were open. Incumbent Melissa Derrick was reelected as the Place 6 councilmember, but the two additional seats, Place 4 and Place 5, will go to a Dec. 11 runoff election because no candidate received over 50 percent of the vote. Shane Scott and Mark Rockeymoore will compete for the City Council Place 4 seat in the runoff election, and Jocabed Marquez and Rick Henderson will compete for City Council Place 5.

Mayor-Elect Hughson and Council Member Derrick will be sworn in, Nov. 14 at 5:30 p.m. at City Hall.