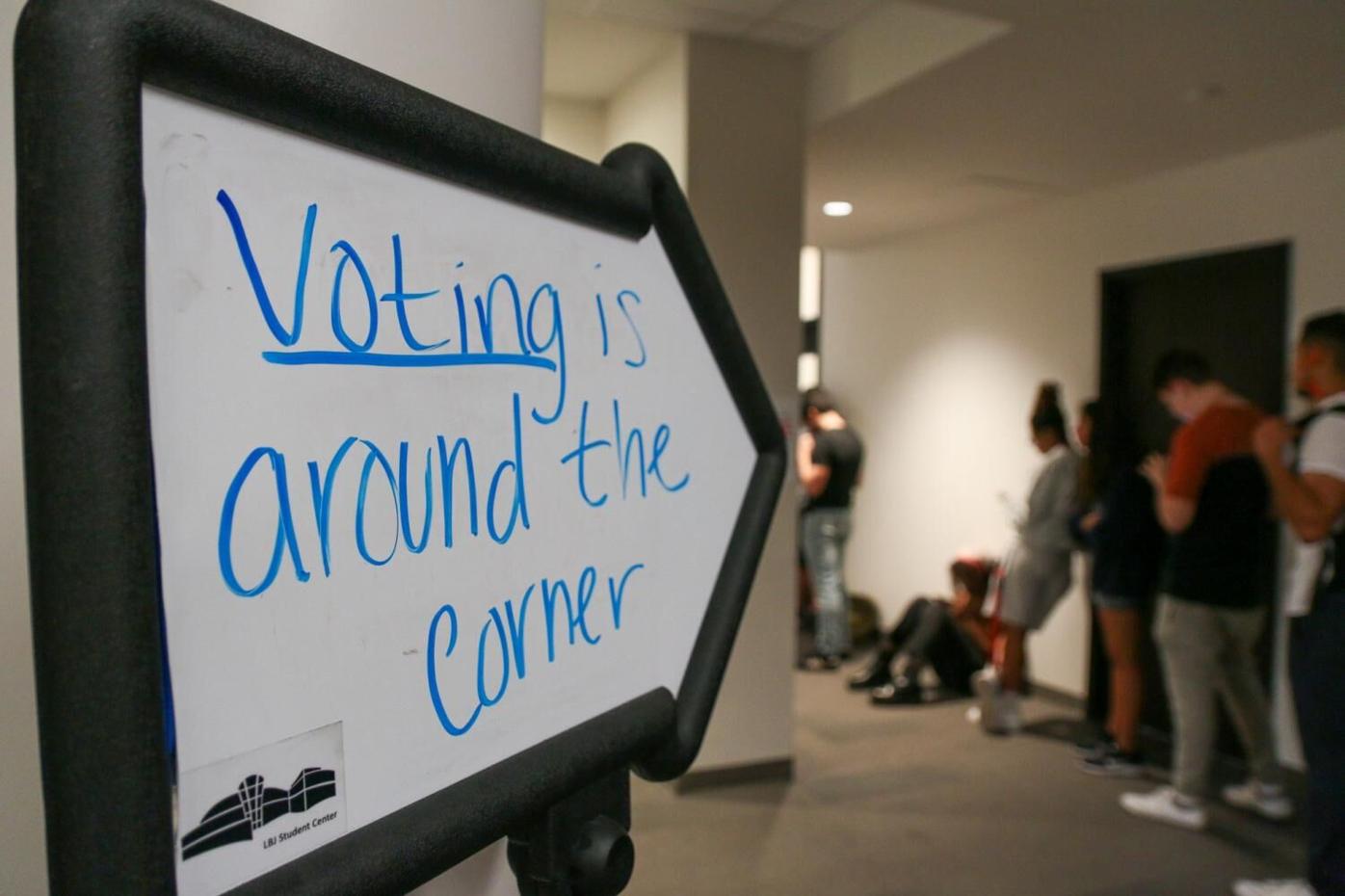 Students wait in line to vote on Super Tuesday, Tuesday, March 4, 2020, on the third floor of the LBJ Student Center at Texas State. 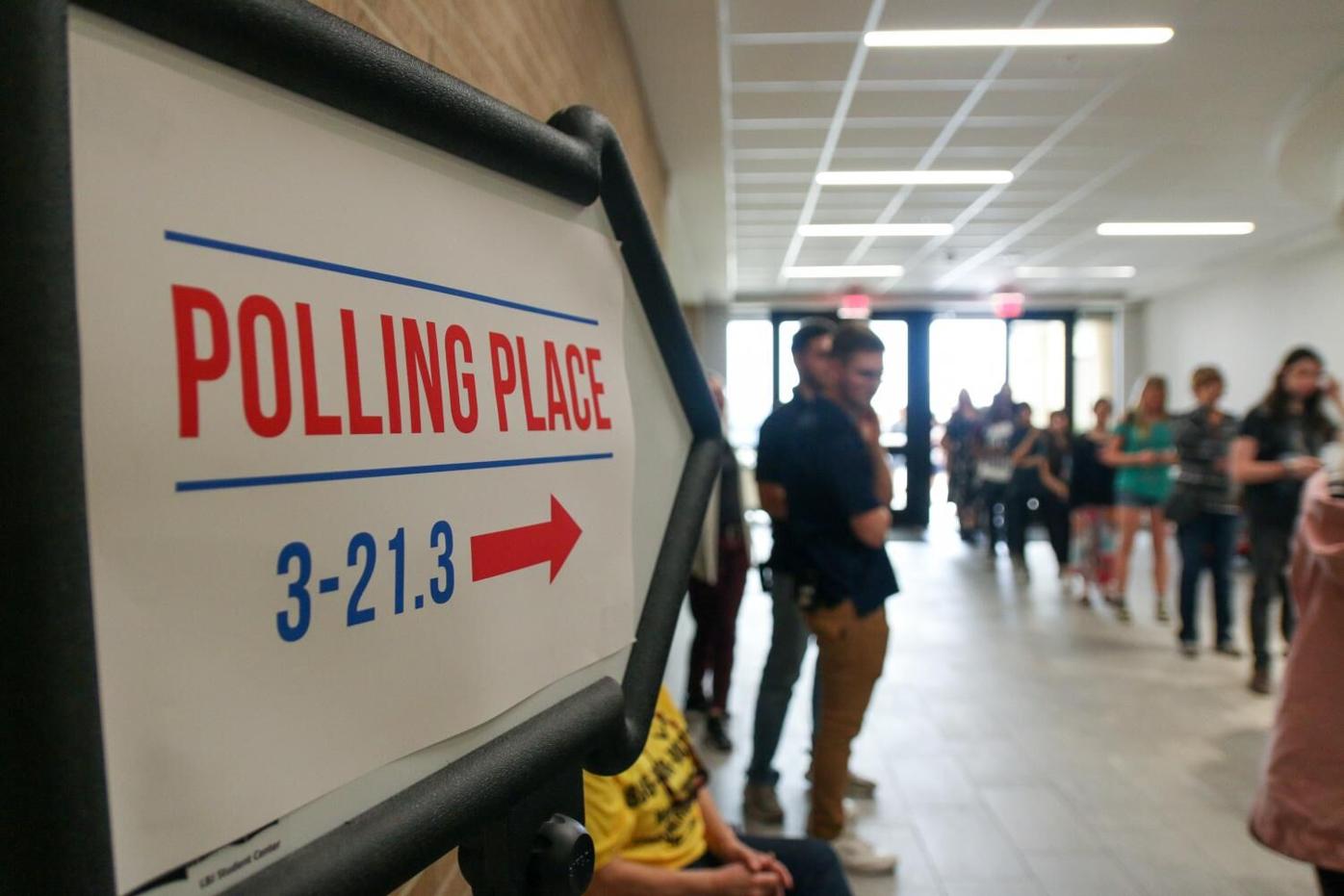 Jaden EdisonStudents wait in line to vote on Super Tuesday, Tuesday, March 4, 2020, on the third floor of the LBJ Student Center at Texas State. 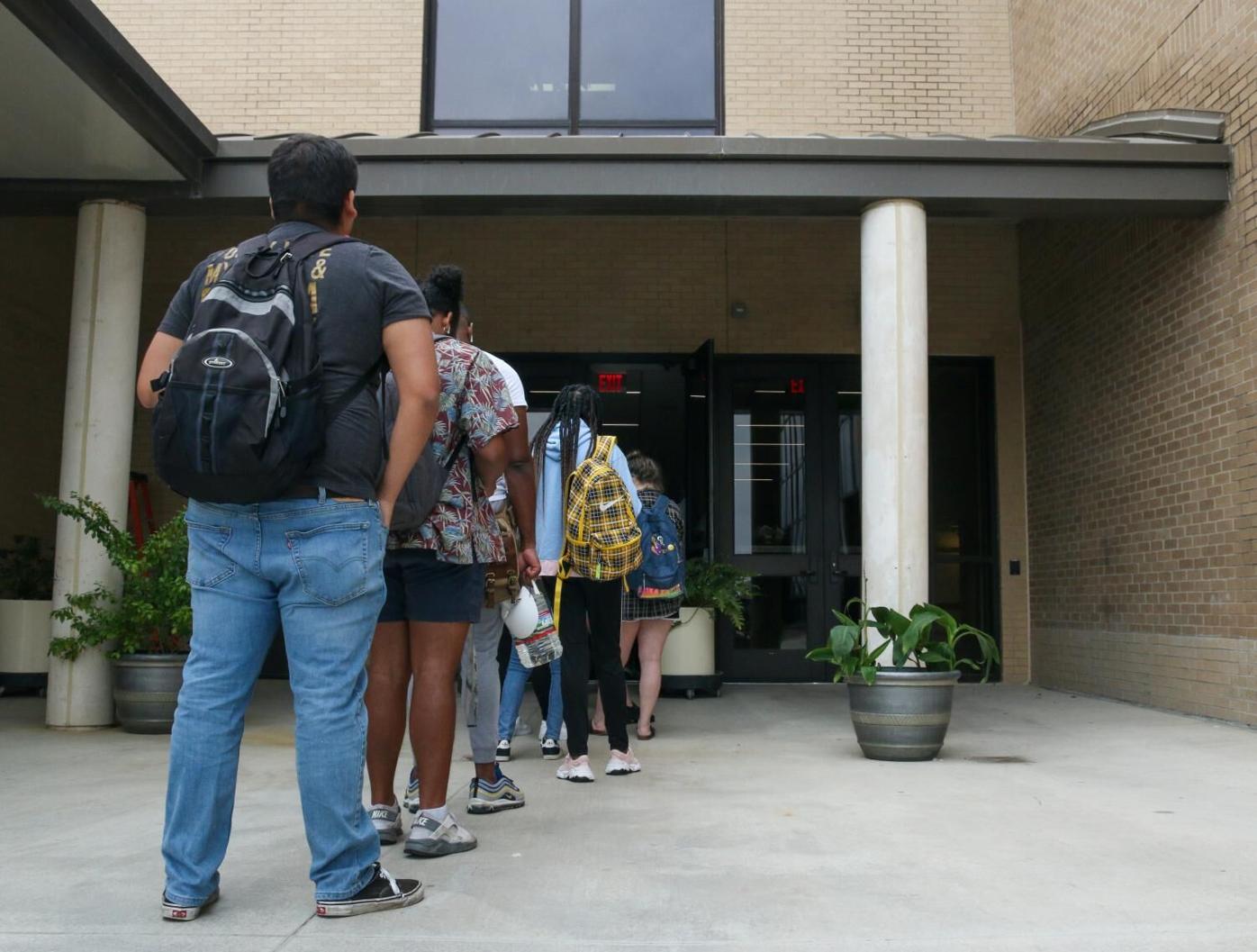 Jaden EdisonStudents wait in line to vote on Super Tuesday, Tuesday, March 4, 2020, on the third floor of the LBJ Student Center at Texas State.

Fourteen states voted on Super Tuesday, including Texas, Colorado, Massachusetts and Vermont, which determine a majority amount of the delegates assigned to each candidate. 1,617 delegates are up for grabs during Super Tuesday with the tradition leading to the party’s nominations for the general election in November.

Texas will be sending 228 pledged delegates to the national convention who will be joined by 34 unpledged Pledged Elected Party Officials delegates.

Hays County has reported 100% of the results at 12:33 a.m., with the LBJ center being the last polling location to turn in their machines.

Results are unofficial and are showing 49 of 49 polling locations in Hays County reporting, including absentee, early voting and election day voting.

The polling location @TXST is the final location that has yet to submit their ballot machine as of 11:30 p.m. #haysvotes @UniversityStar #TexasPrimary #txst #smtx

The Texas Senate consists of 31 members, elected to four-year terms. The state Senate assists in drafting and passing state laws and policies.

The Texas House consists of 150 members, elected to two-year terms. The House assists in drafting and passing state laws and policies. House District 45 represents all of Blanco and Hays counties.

All polling locations are currently reporting. Here are some final results:

The county sheriff is Hays’s chief law enforcement agent who enforces criminal laws of the state. The sheriff is responsible for the county jail, bail bonds and civil process.

State Board of Education

The State Board of Education oversees Texas education policy, funding and curriculum. The board consists of 15 members who serve four-year terms.

Commissioners conduct city business arrangements and pass infrastructure ordinances. The only contested commissioner election is the Precinct 3 election. Precinct 3 encompasses parts of Kyle and the cities of Buda and Niederwald.

The Texas Court of Criminal Appeals is the highest level criminal court in the state. Each of the nine judges serve a six-year term.

The County Court-at-Law handles civil cases. The No. 3 court is the only court of law up for election this year.

A constable is a law enforcement officer that enforces civil, criminal and motor vehicle laws.

According to the final results posted on @hayscountygov website, only 11% of registered voters in Hays County voted in the 2020 Primary Elections. Meaning 15,558 of 141,395 registered voters casted their ballot. #TXST #SMTX #SuperTuesdayResults