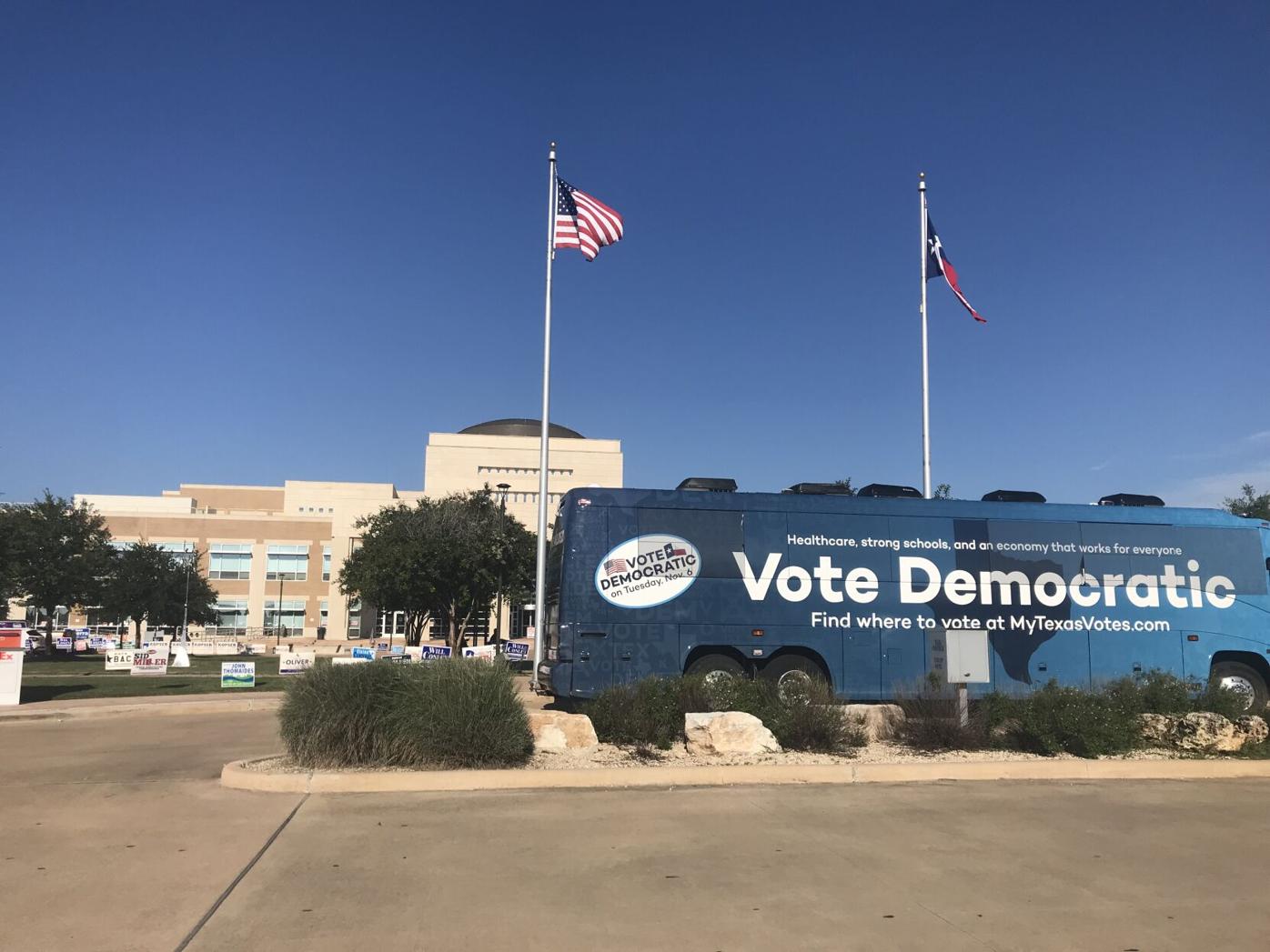 The bus parked in front of Hays County Government center, dropping off students to cast their vote. 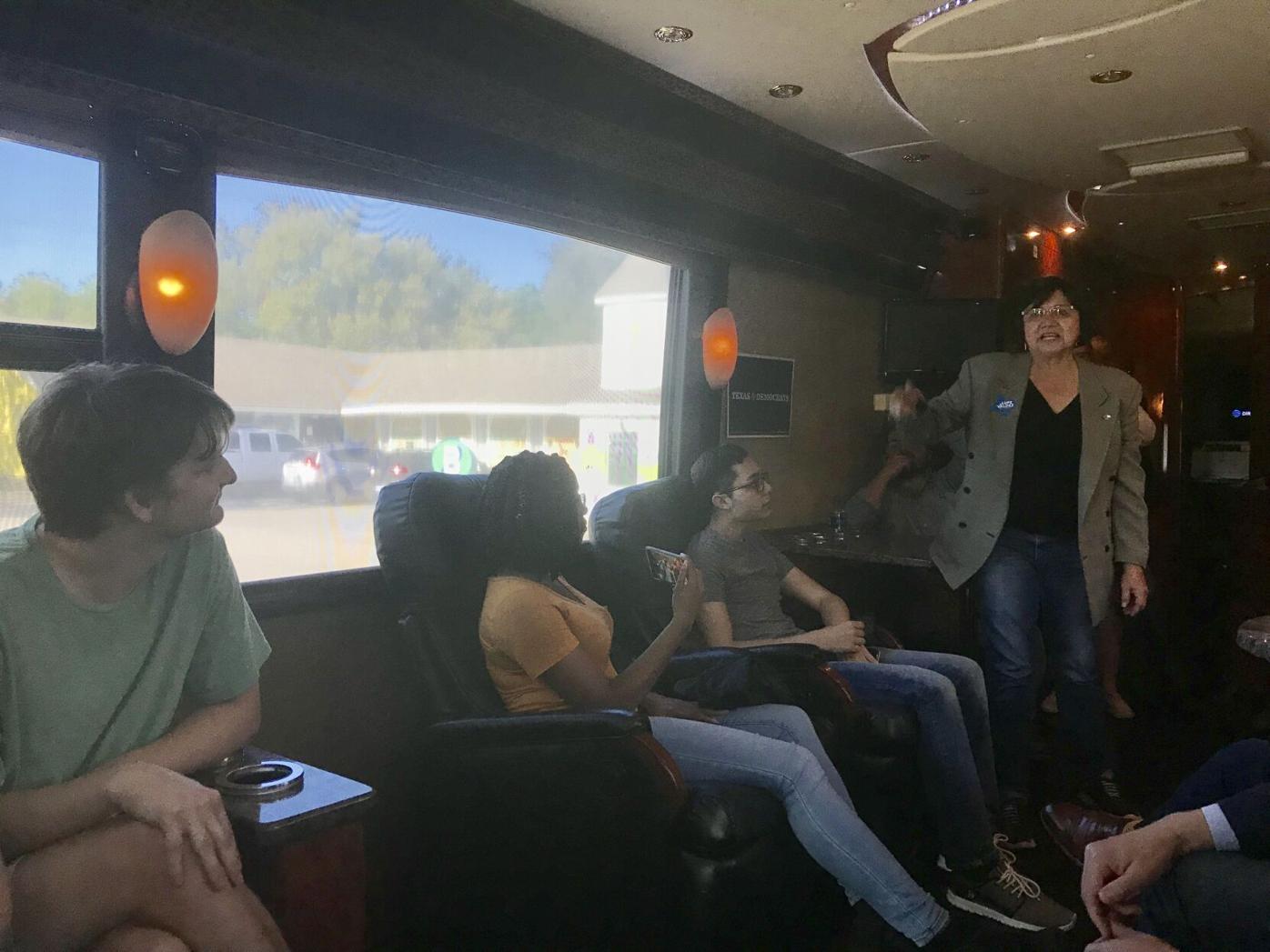 Lupe Valdez talking to students on the bus about her views on voter suppression in Texas.Photo by Brittlin Richardson

The Texas Democratic Party made an impromptu stop at Texas State on Friday to allow students to vote during their statewide bus tour after early voting ended on campus.

Valdez took questions from students during the bus ride to the polls concerning her stance on voter ID laws, rising tuition rates and financial aid.

According to Zwiener, during the first day of early voting, Texas State had 800 students cast a ballot, 1,000 students the second day and 1,100 students the third. All candidates spoke of the extraordinary turnout as a justification for a necessary extension.

Trevor Newman, public administration sophomore, said he wanted to take part in the bus tour to vote and celebrate the addition of early voting days on campus, despite believing the addition was not enough.

“I don’t think we will have enough voting days until we have the full early voting period on campus,” Newman said. “I think it is a ploy by the county to make it look like they are helping students but they are still hindering them by just giving them two extra days instead of the full two weeks.”

The candidates also voiced their concerns about the allegations from the Republican party made on Thursday. They stated that they do not wish to be silenced just because of political gain.

Collier said notable Texas State alumnus Lyndon Baines Johnson, 36th President of the U.S., was a major advocate of voting and would be proud of the students who rallied for an extension of voting days. Collier believed their taking of students to the polls was symbolic.

“…We’re trying to draw attention to the fact that the Republicans are trying to make it difficult for Democrats to vote. You don’t see voter suppression happening where the preponderance of voters are Republicans,” Collier said, “Take the ID law (…), you can’t use a student ID but you can use a gun permit. Well, that’s designed to help Republicans vote and to frustrate Democrats from voting. It’s designed to keep them in power, it’s anti-Democratic. It’s shameful.”

Collier also touched on the topics of gerrymandering and voter participation in Texas during the bus ride. His attitude towards the extension was not being completely satisfied, as he said two extra days of voting is not nearly enough to supply the number of voters the university has experienced.

Hours before the bus arrived in San Marcos, the Hays County Commissioners Court voted in an emergency meeting to add two additional days of voting on-campus.

More information on the addition of early voting days on campus can be found here.