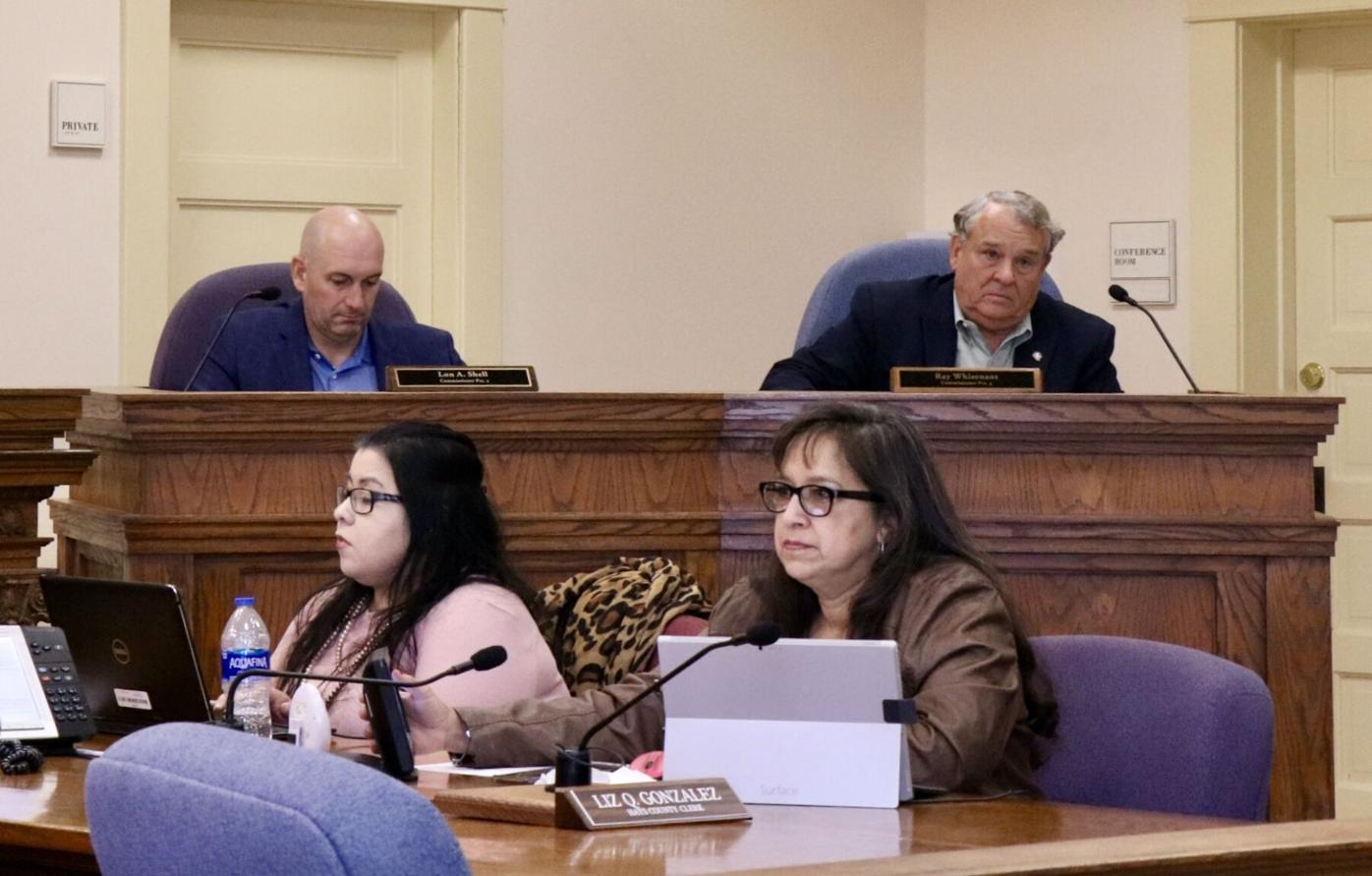 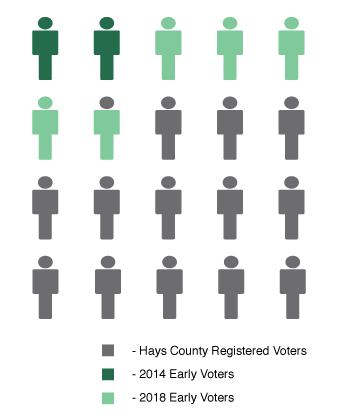 The story was updated Oct. 30 to reflect new information.

Following hour-long voting lines and the threat of a lawsuit, the Hays County Commissioners Court voted unanimously Oct. 26 at an emergency meeting to extend early voting hours on campus.

As lines wrapped around the LBJ Student Center’s construction, students, faculty and staff waited hours to participate in early voting on campus, which was open Oct. 22-24 from 11 a.m. – 7 p.m. The three-day stint of early voting was inundated with unanticipated voters, as Hays County reported record-breaking voting numbers.

After the Commissioners Court deliberation, a unanimous vote concluded the early voting hours would be extended at Precinct 1, 3 and 4, which includes the on-campus LBJ Student Center polling place. All precincts received two extra early voting opportunities. Polling locations will be re-open Nov. 1 and Nov. 2 from 7 a.m. to 7 p.m.

In response to a high student turnout, democratic candidates originally urged Hays County commissioners to extend early voting days at Texas State by sending a letter to the commission asking for extended days and hours from Oct. 30 through Nov. 2, 11 a.m. to 9 p.m.

After the letter from democratic candidates was sent, an email screenshot from North Hays GOP President Wally Kinney was released on social media asking Hays County Republicans to oppose the extension of early voting on campus.

“To change the schedule in the middle of the election is in my opinion wrong,” Kinney said in an email statement. “Since there was no apparent emergency, I urged my colleagues to oppose this change. Therefore not only is there no voter suppression but there is more than ample opportunities for people in Hays County to vote – especially students who have much more flexible schedules than those voters who work 8 to 5.”

In a letter to the court, Texas Civil Rights Project stated they would file a lawsuit if the on-campus polling location was not re-opened for all early voting days, which lasts from Oct. 22 through Nov. 2. The letter stated the court had until noon Oct. 26 to make the changes or a lawsuit would be filed.

Precinct Three Commissioner and Republican incumbent candidate Lon Shell said voter suppression was a misunderstanding. Shell said the polling locations were set in early August and gave an allotted amount of days and times for early voting. Due to the potential lawsuit and over 1,000 emails the court received, Shell said he hopes to amend the limitations for the polling location on Texas State’s campus.

“We have had a massive response, obviously, and an amazing turnout of a lot of registration toward the end of the registration period,” Shell said. “You know, the voting we’ve seen across the county is very exciting. I spent two days on campus during early voting talking to students and it’s amazing how engaged they are and how concerned they are.”

“There may be some effort afoot to not have students to vote,” Crowell said. “It is kind of coincidental, I believe, that we have a Commissioner’s Court here that is four Republicans and one Democrat.”

“Well, we provided it for the entire county, so we just hope everyone goes out and votes,” Ingalsbe said.

For more information about when and where to vote at Texas State, visit their voter registration and information website.