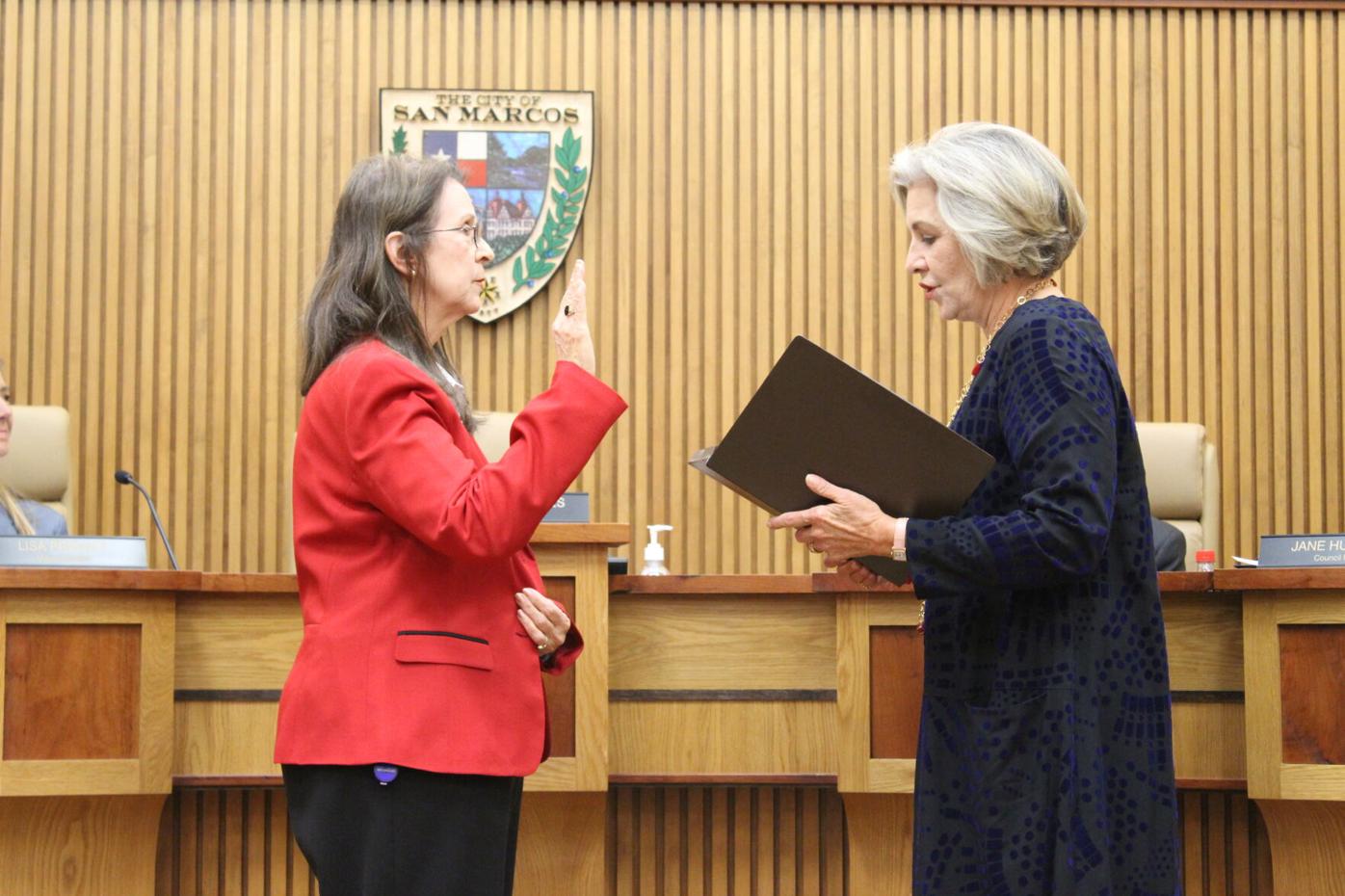 Jane Hughson was sworn in as the new mayor of San Marcos Nov. 14. Photo by Raylene Noriega 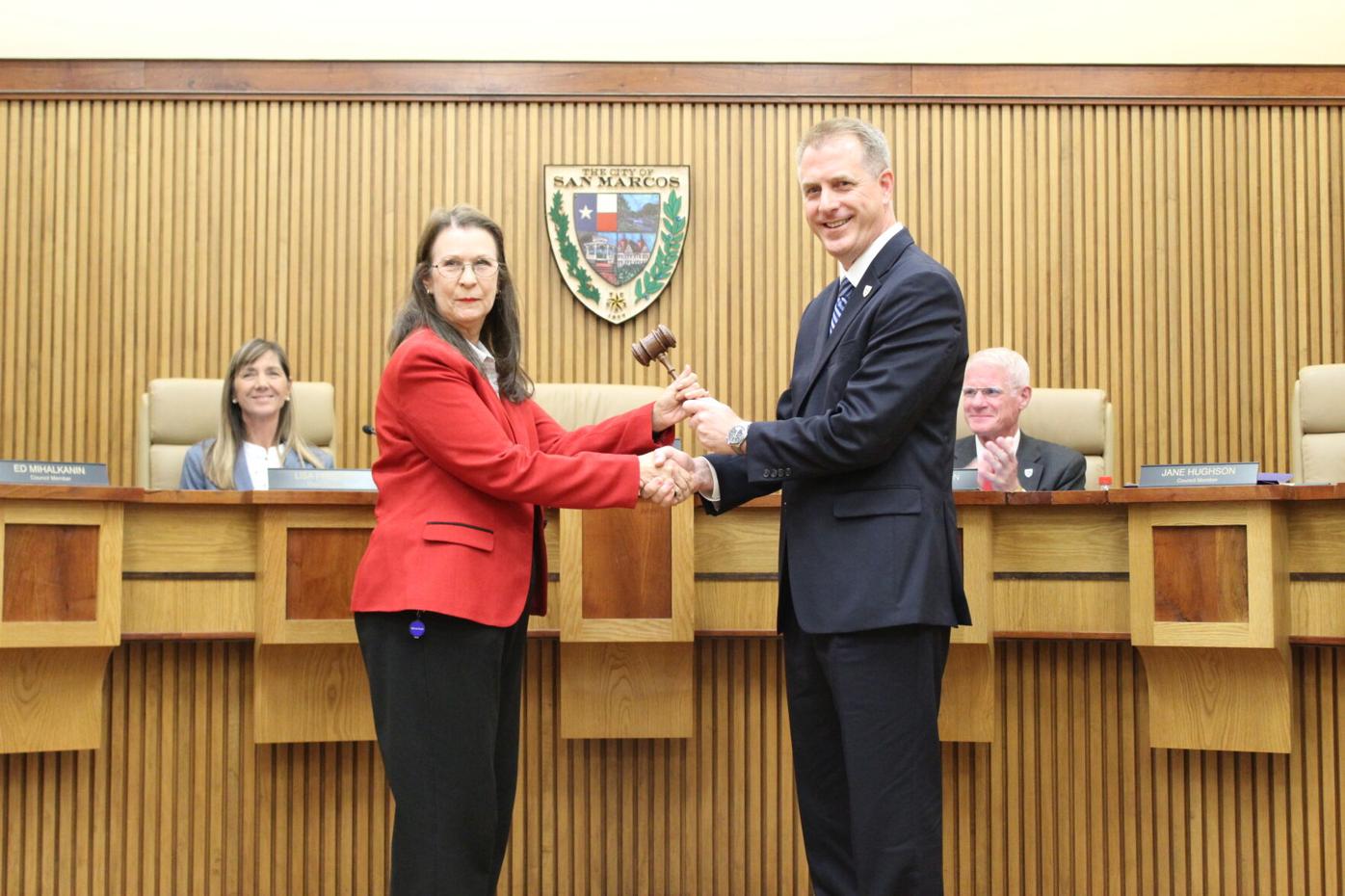 Jane Hughson was sworn in Nov. 14 as the new mayor of San Marcos, following her win over incumbent John Thomaides in the Nov. 6 midterm election.

“San Marcos is a great place and we’re on the top ten list for a number of reasons,” Hughson said. “We are a great place to live work and play for all ages. I look forward to working with my council colleagues.”

City Councilmember Ed Mihalkanin said Hughson will be successful as mayor due to her experience on City Council and more.

“She’s been on the Planning and Zoning Commission, she’s been on two different city master plan committees, she’s a graduate of both the fire and police academy and very well read; she always does her homework,” Mihalkanin said. “She’s also been the city government representative to different regional organizations.”

Mihalkanin also said she will be able to work on policies set earlier this year and work to expand programs for residents in San Marcos.

“I know that a lot of us, including the mayor, are very interested not only in workforce housing but in workforce development. How can we help people who already live in town expand their skill set?” Mihalkanin said. “I think there will be a concentration on economic development issues very broadly.”

City Councilmember Saul Gonzales has faith Hughson will be able to do a good job as mayor due to her being a long-time San Marcos resident.

“I think she will do a great job, she’s been in San Marcos a long time and well-versed on the policies and procedures. I’m excited,” Gonzales said.

City Councilmember Mellisa Derrick, who was re-elected to hold the Place 6 chair, was sworn in alongside Hughson. At the ceremony, held at City Hall, Derrick said one of the entities she plans to work with is the San Marcos Regional Animal Shelter, as well as focus the Small Area Plan, a comprehensive plan to offer quality places and better access to amenities to growing neighborhoods.

“Right now, I’m most excited about the no-kill shelter initiative and we have decided to move forward with the resolution for no kill for the San Marcos Regional Animal Shelter, so that’s one of the first things I’m going to get started on,” Derrick said. “We also have to do small area plans and neighborhood character studies, so we can make sure our land development codes work and we don’t put density in the wrong places.”

“Jane is a brilliant public servant, she is a statesman and not a politician. I believe she is going to be the best mayor we’re ever going to have,” Coppolleta said. “She is a consensus builder and has sat down and solved many issues with the public. She is from the community so she knows every issue inside and out.”

The University Star regularly reports on City Council’s meetings and policies, found under our In Brief section.