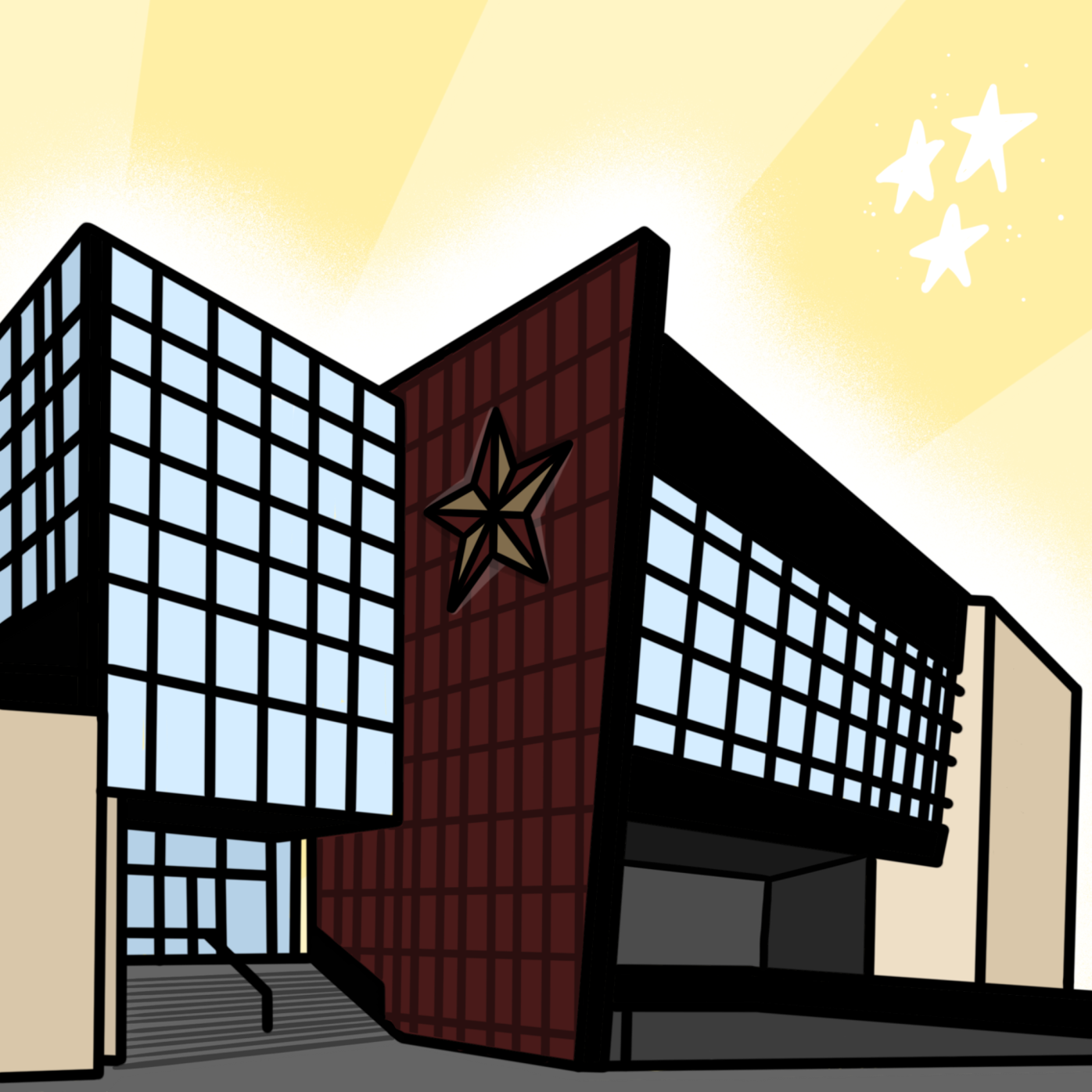 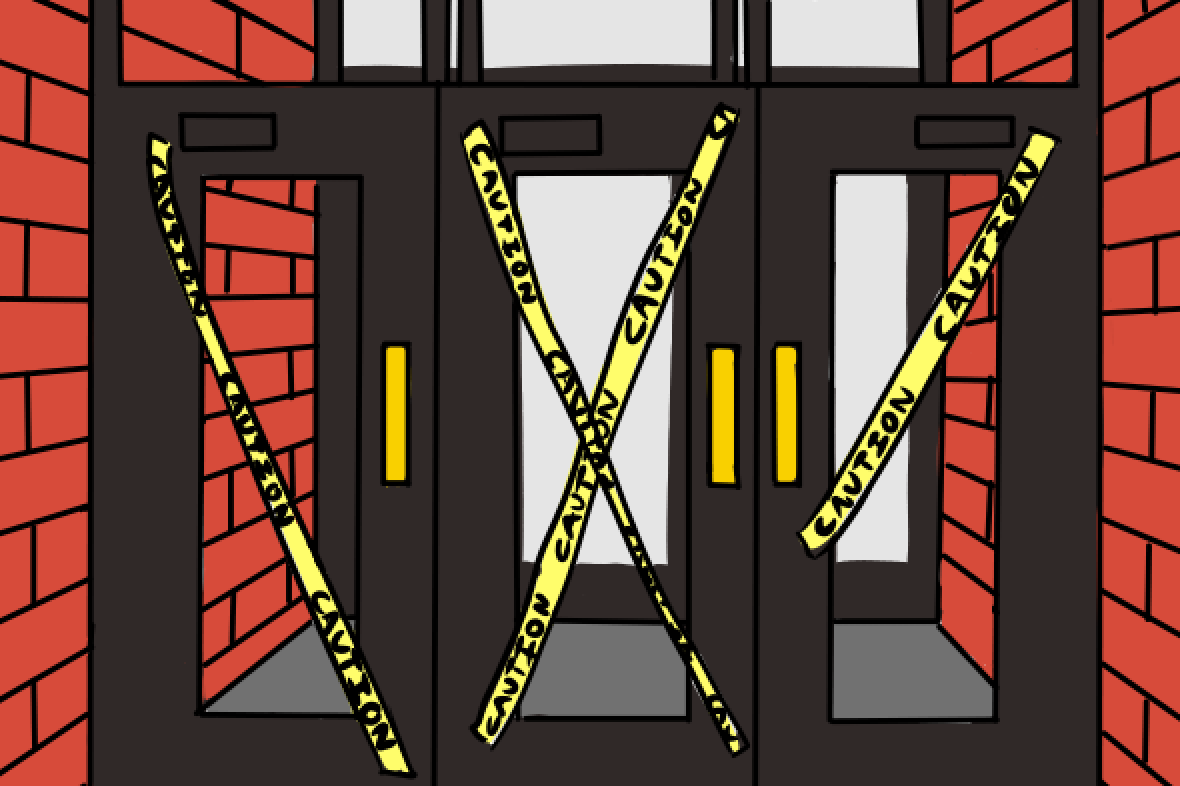 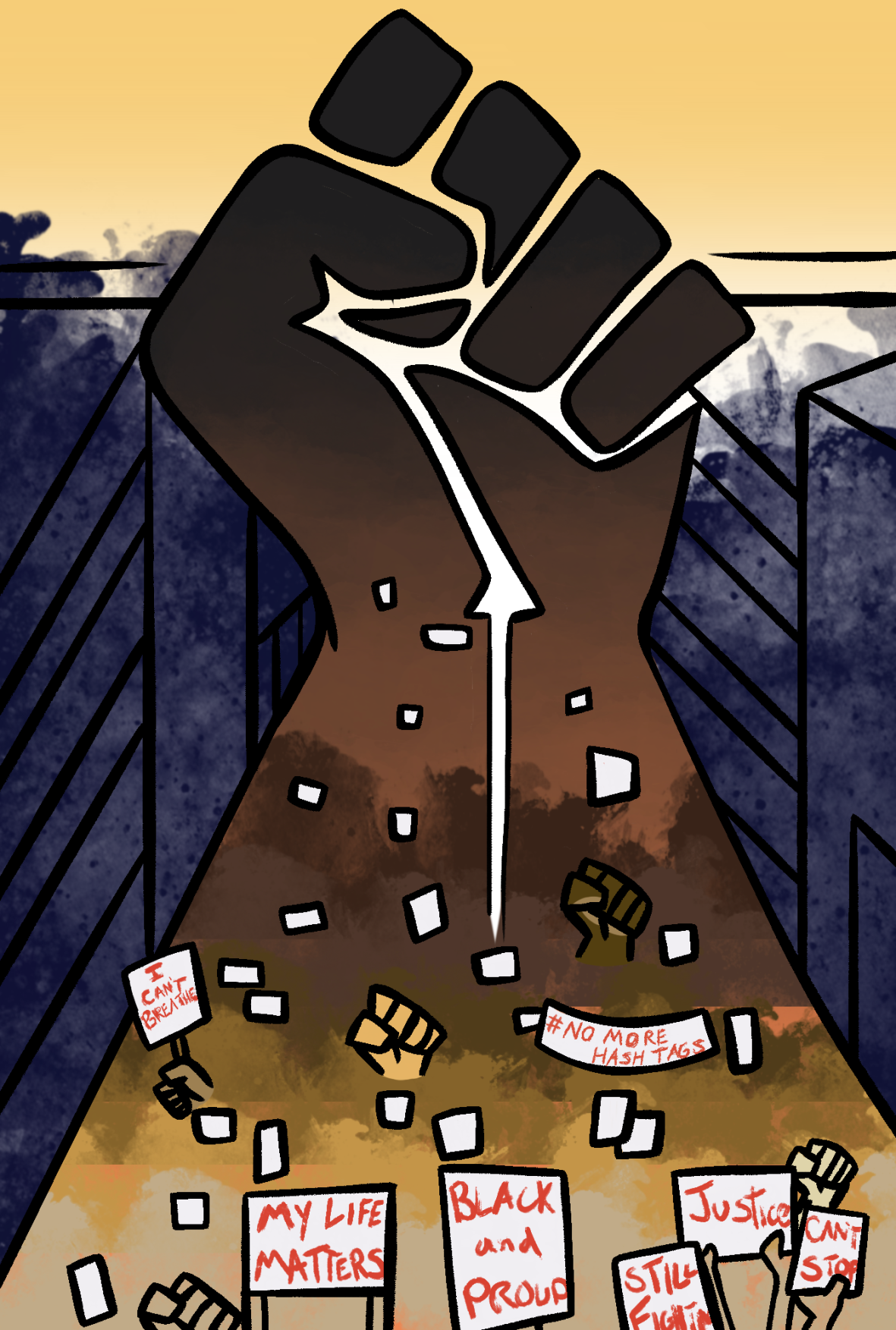 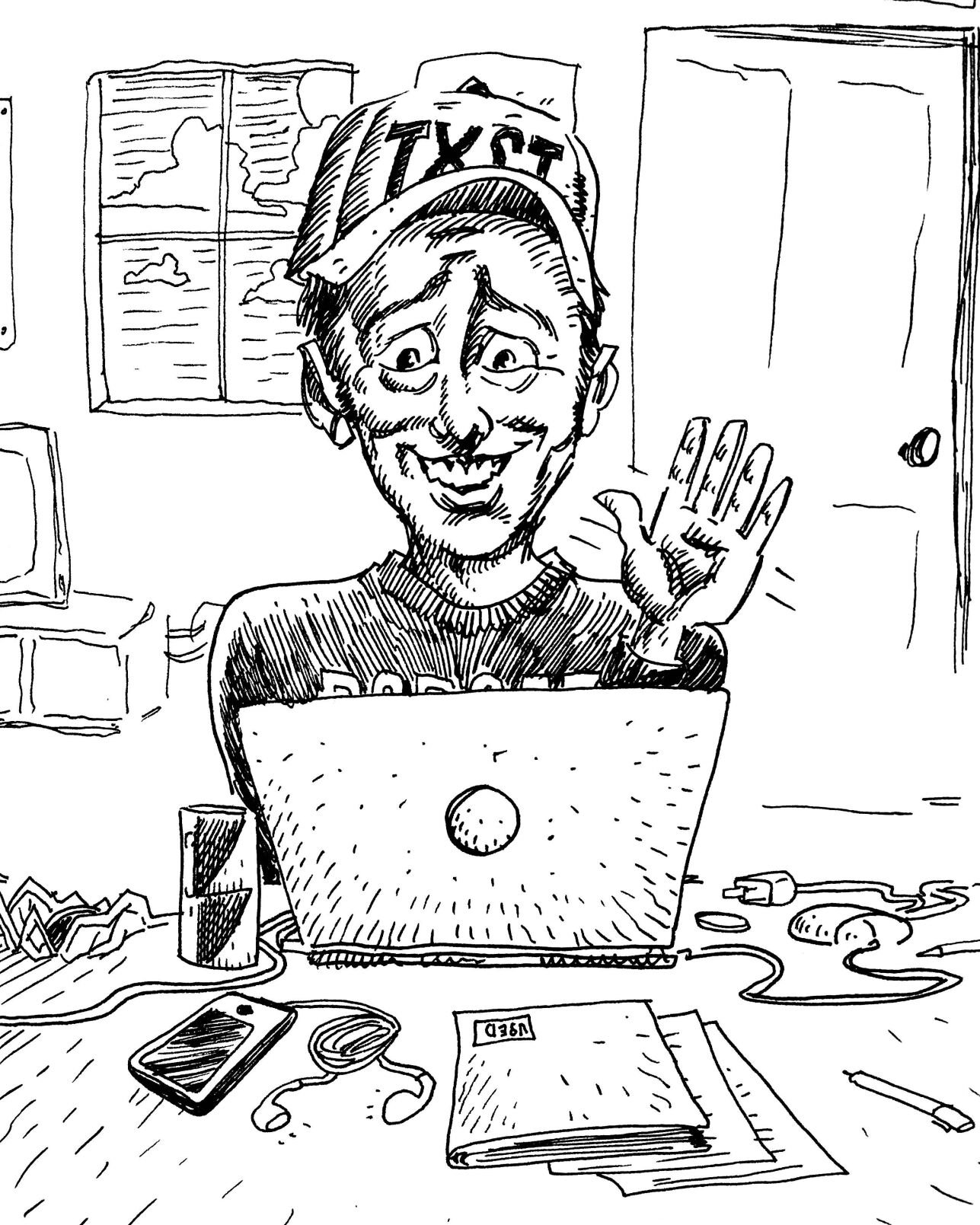 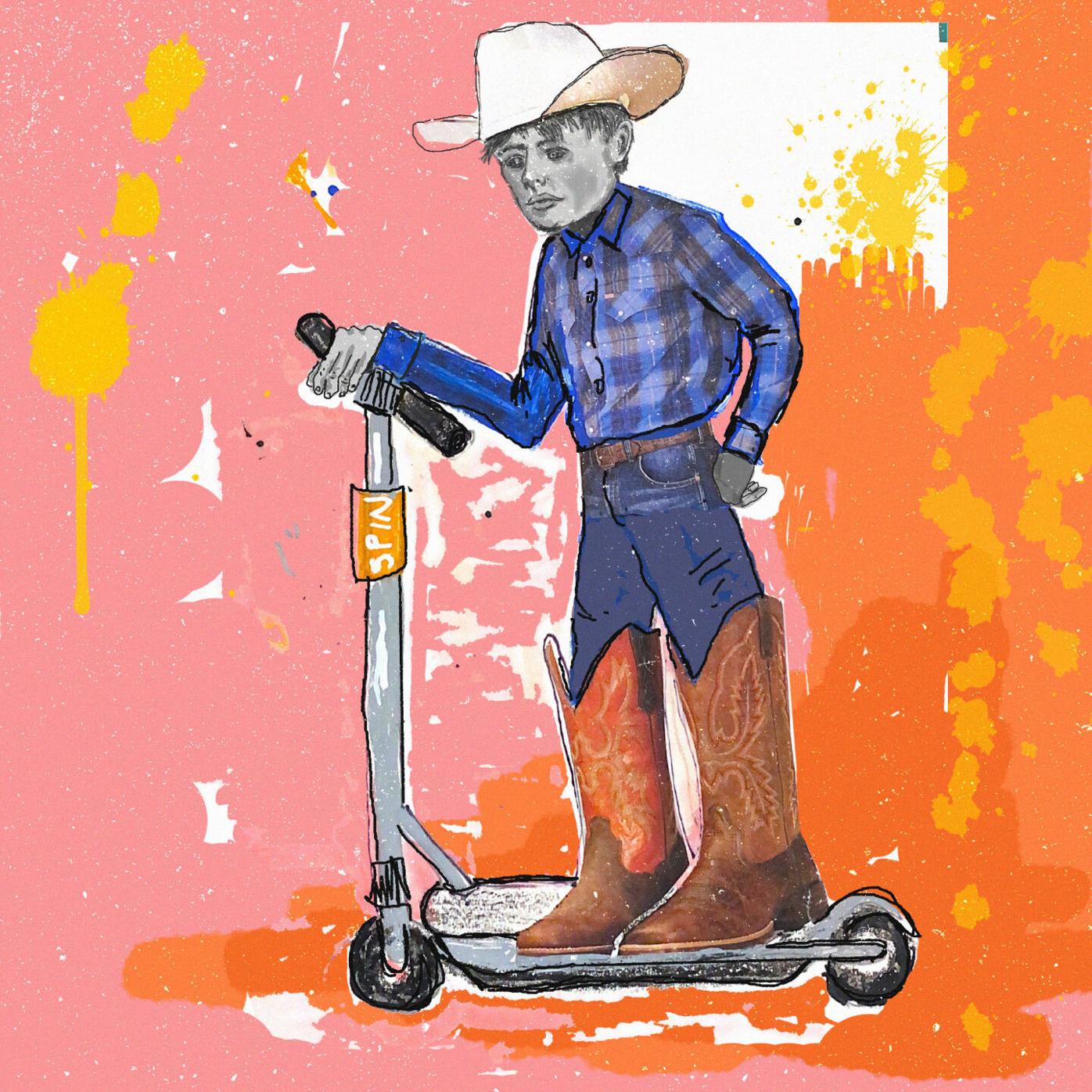 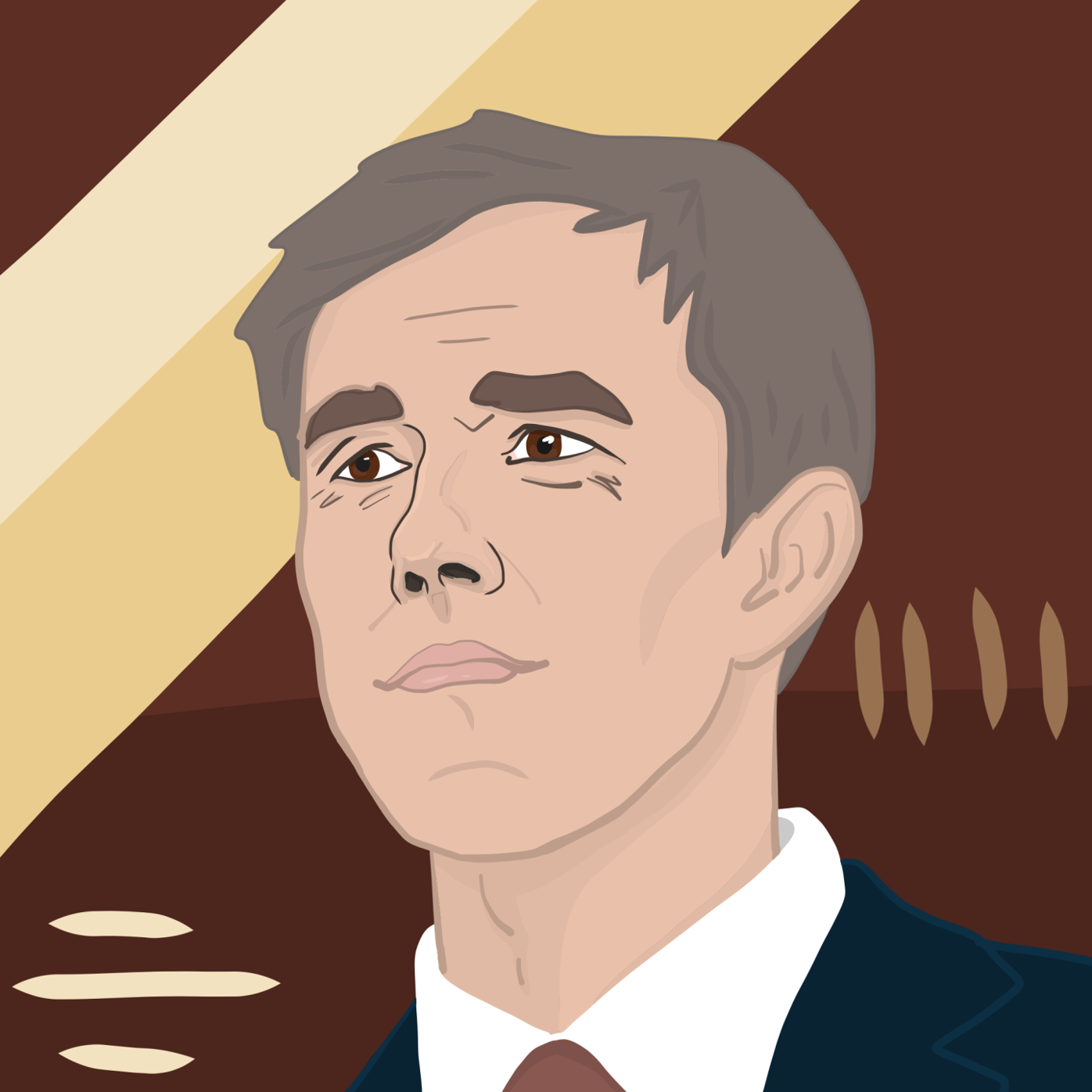 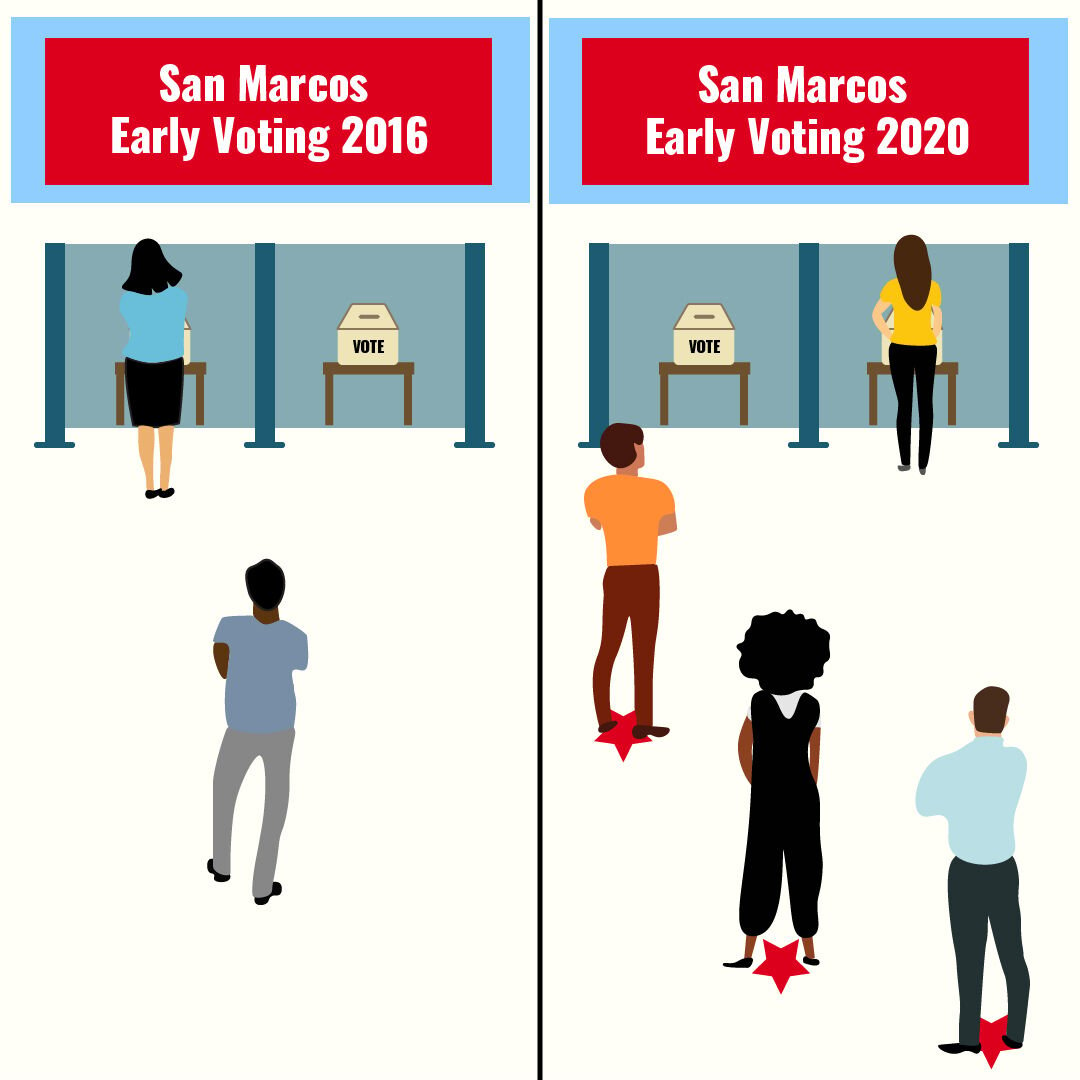 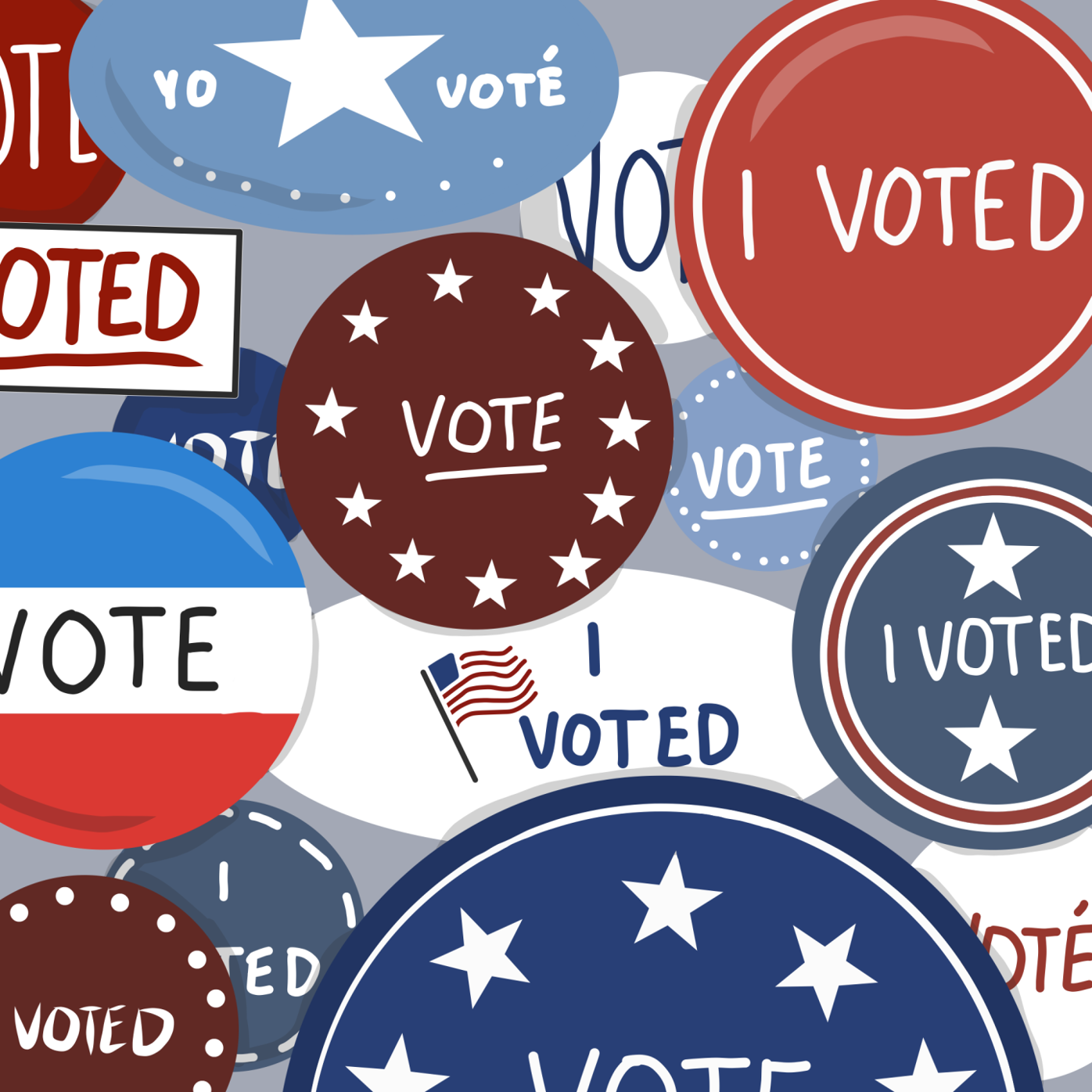 The Texas State community started the year off excited about what was to come: Construction completion, Sewell Park adventures, nights at the Square and routine commencement ceremonies.

The COVID-19 pandemic, however, had different plans for Bobcats and the surrounding San Marcos community. The University Star's design team put together illustrations reflecting some of the biggest moments, for better or worse, of a challenging yet lesson-filled year.

Students were welcomed back to campus for the spring 2020 semester, meaning the $30 million renovation at the LBJ Student Center which re-routed students' trips to certain classes and extended walking times, was finally near completion. The University Star even filmed its first Star Rundown of the year at the new center. Little did the university community know: 2020 was about to rock the world.

Following the announcement of students and a professor in quarantine, an extended spring break holiday and Hays County's first presumptive case of COVID-19, spring semester classes resumed fully online. Students living on- campus in residence halls were asked to make off-campus arrangements or move home. To the few who were around, the town felt abandoned and campus was essentially empty.

After the May 25 death of George Floyd, feelings of frustration, heartbreak and anguish were on the forefront of many students' minds, particularly Black students. Black Lives Matter protests broke out nationwide, and San Marcos was no exception. The first widely-known protest in the city during that time period, originally an idea by Texas State student Diereck Montes, took place May 29 at the Hays County Historic Courthouse. Multiple demonstrations continued throughout the summer.

Classes for the fall 2020 semester began and remained mostly online (some were hybrid or in-person) after finishing the end of the spring and summer semesters virtually. The fall presented a challenge the university community as a collective had not yet faced: Adjust to the new format of taking or teaching online classes, but do it for an entire long semester.

After electric scooter company Spin, Texas State and the San Marcos City Council reached a pilot agreement, a fleet of 200 electric scooters arrived on campus and around the city. The scooters, which raised concerns from some members of the community, offered alternative transportation for anyone looking for faster ways to get around.

The University Star broke news that former U.S. representative and presidential candidate Beto O’Rourke is expected to teach Texas Politics at Texas State in spring 2021. The news sparked a wide range of reactions from people on social media, with some excited about the potential learning opportunities and others worried about a political figure of his stature spreading his ideologies. In a later interview with The Star, O’Rourke shared his excitement for the upcoming semester.

Early voting turnout during in the 2020 election officially surpassed early voting totals in 2016, with days left to spare. Nationwide, people were eager to cast their ballots and the same was the case for Hays County. Community members made their way to the polls, including at Texas State's Performing Arts Center, in a historic fashion.

109,386 ballots were cast during early voting and on Election Day in Hays County, with the vast majority of those ballots cast during the early voting period from Oct. 13-30, which saw a total of 97,477 voters. People from all political ideologies selected their candidates for national, statewide and local races, highlighting the importance of an election that came during the pandemic and ongoing fights against racial inequality.

COVID-19 currently acts as an incubator for mental health struggles due to its stressful and unpredictable nature. Students especially find this stress can be heightened with college posing challenging components that make their days more difficult.

Hays County Judge Ruben Becerra’s office is in the early stages of a project which, if it comes to fruition, will construct a mental health care facility serving all of Hays County.