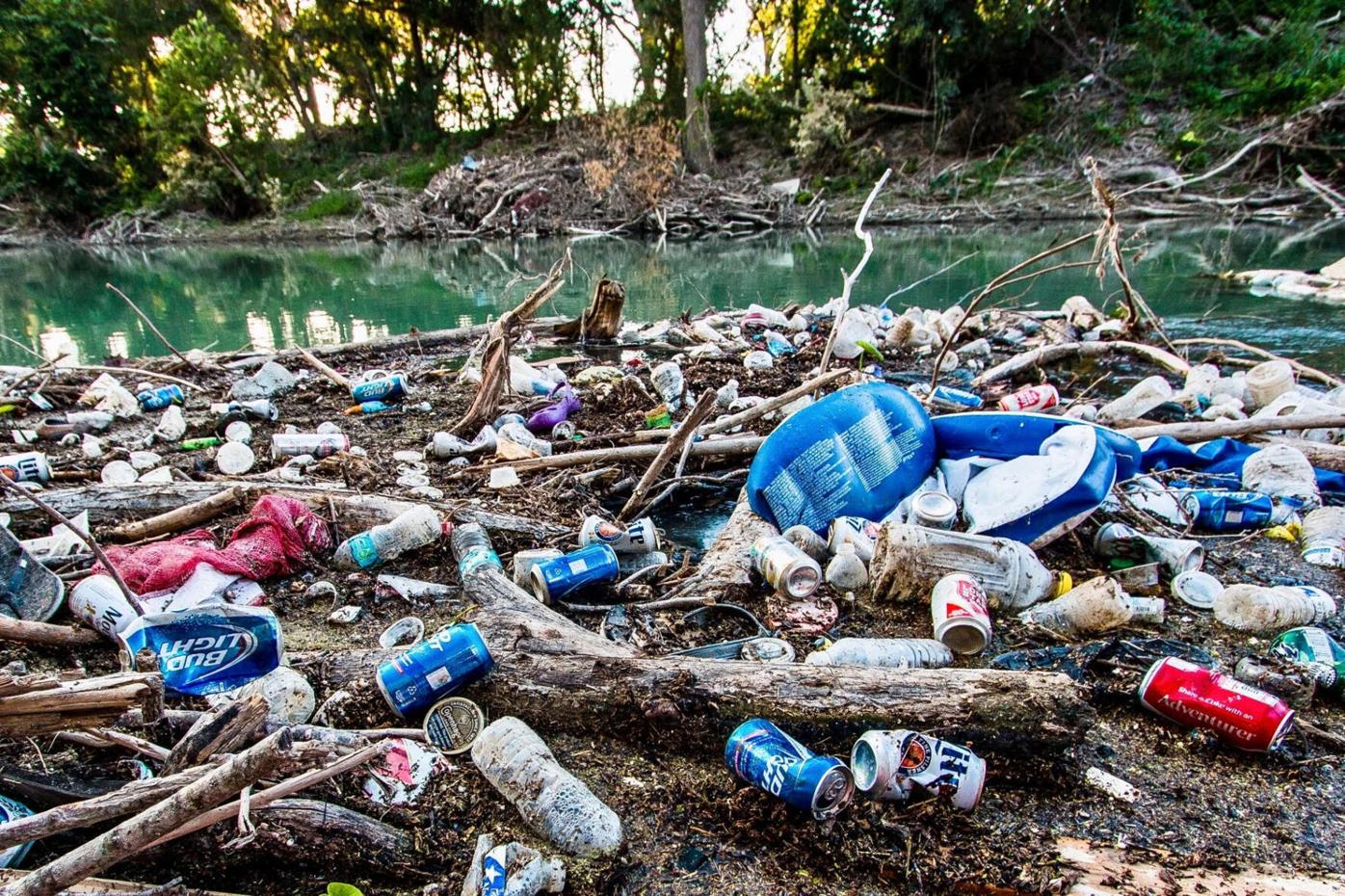 Trash overruns the banks of the San Marcos River after one of many summer days in which people party and drink there all day, August 2015, in Martindale. 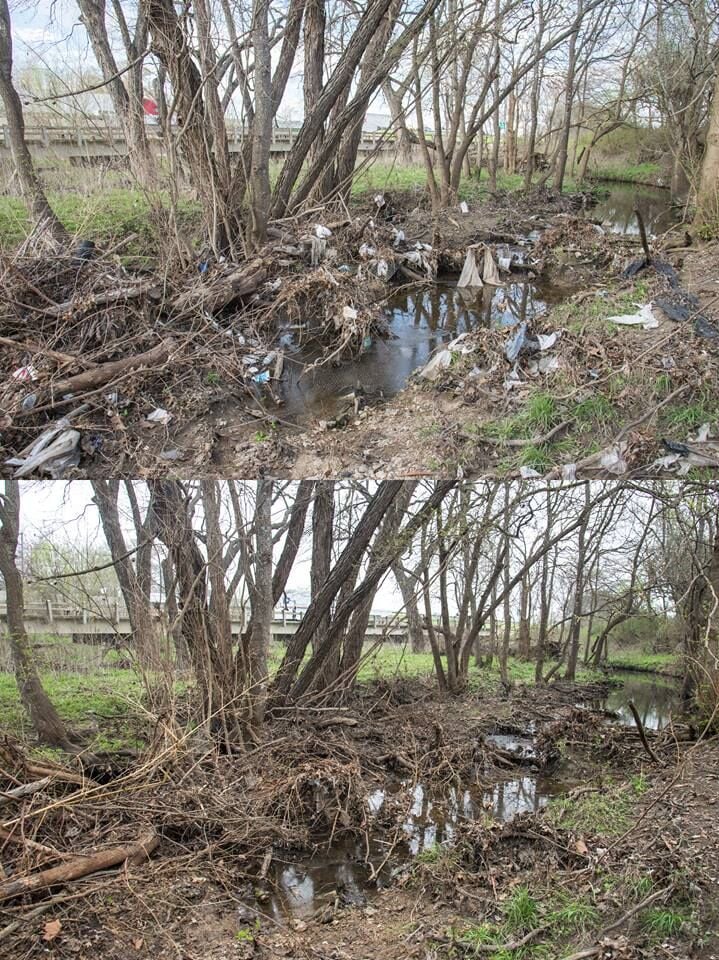 Before and after pictures from a 2020 clean-up at Willow Creek in Harris County show how huge of an impact volunteers make. 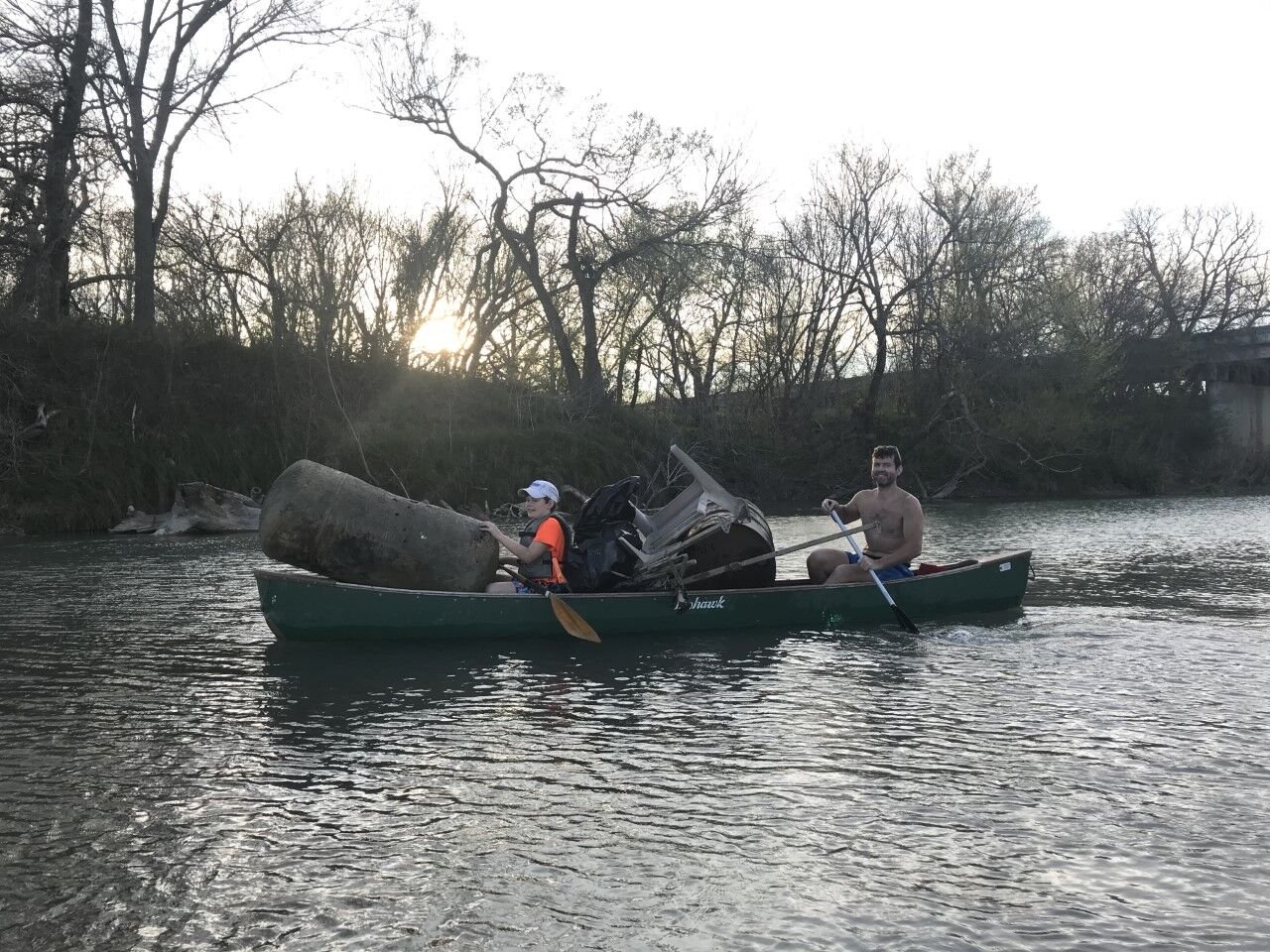 The idea of San Marcos is intertwined with the river, home to beautiful aquatic wildlife and a safe haven for residents who have splashed around in it since youth — an oasis of calmness, connection and community.

Yet, every day, the river suffers neglect at the hands of the same people who rely so heavily on it. People toss fast-food wrappers on its banks, empty beer cans into its waters and chuck household appliances into its depths.

Luckily, for the past 36 years, a dedicated group of community members have taken matters into their own hands. What started as a small grassroots effort in 1985 has since exploded into the world’s longest river clean-up.

Every March and October, groups of volunteers station themselves at eleven different headquarters on the San Marcos River armed with gloves, trash bags and a determination to help keep San Marcos beautiful.

Amy Thomaides, Community Enhancement Initiatives manager for the City of San Marcos, is always moved by the unique relationship San Marcos has with its defining body of water.

“A lot of people came here for the river or they stayed because of the river. It’s considered the heart of our whole community, and I agree with that,” Thomaides says. “The river really does hold a special place. It’s a healing river. What I love about it is that it can connect both populations we have in this city — Texas State students and long-term residents.”

The city’s two populations have a chance to bond over the shared goal of protecting something they love. The clean-ups place special emphasis on picking up micro-litter like ponytail holders, juice box straws, wrappers and confetti. These tiny items have a huge impact on the river, which is home to four endangered species.

“Micro-litter gets into the guts of fish and other aquatic animals. It ends up in the ocean. The plastics especially [are dangerous],” says Melani Howard, Habitat Conservation Plan manager for the City of San Marcos. “I think a certain percentage is accidental. Something falls out of your coat pocket or backpack. That happens a lot.”

Thomaides points out that while finding beer cans and discarded food does not come as a shock to most volunteers, seeing the impact of smaller, everyday items is a real eye-opener for most people.

“That’s what we encourage at these river clean-ups, is people picking up micro-litter as well. It’s an ‘aha’ moment at times because they don’t realize how much micro-litter there is,” Thomaides says. “That’s the first thing that will become food for our wildlife, which eventually will kill them. It never leaves their system.”

The big items that get dumped into the river also wreak havoc. In the 50 years that Tom Goynes, a river clean-up coordinator, has helped beautify the river both unofficially and officially, he has found everything from toilets, water heaters, refrigerators and tires. He even remembers finding parts of an RV.

In addition to the shock of finding such massive pieces of waste in a river is the logistical complication of actually retrieving several hundred pounds of waste. That is where the local canoeing community comes in.

“I deal mostly with canoers. A lot of those guys have developed love for the river because they paddle on it all the time,” Goynes says. “They’re the macho guys and gals that are getting out the big stuff. They don’t even bring trash bags a lot of the time; they just lug tires.”

Watching the wildly out-of-place items get pulled out of a river, Goynes cannot help but think how necessary it is for policies surrounding the river to fundamentally change.

"We need to have a can ban or [ban] the consumption of alcohol. One of my pet peeves is people that float down the river and throw out their beer cans," Goynes says. "The sad thing is, a lot of that stuff is recyclable. We recycle hundreds of pounds of metal every clean-up."

While the work of the volunteers is invaluable, it is also important for the team behind the clean-ups to educate the community about reducing the amount of waste San Marcos produces in the first place. Less waste means less opportunity to irreversibly harm the river.

A lot of the work Howard and Thomaides do is about teaching people the importance of composting, using reusable silverware and carrying reusable bags and bottles.

It is not surprising that after investing so many years into education and protection of the spring-fed pulse of San Marcos, it feels like more than just a river for the community.

“The river is my best friend. I can’t imagine the town without that river. It would be very empty," Howard says.

To find out more information on clean-ups, check out this map of cleaning locations as well as The Great Texas River Clean-up Facebook page.

Opinion: Young Life members should pressure their organization to be stewards of the environment

Texas State is home to a well-attended chapter of Young Life, a Colorado-based Christian organization comprising mainly high school and college students. Texas State Young Life members spend a lot of time together, including camping together at LoneHollow Ranch in Vanderpool, Texas, where me…

During the early hours of Dec. 4, 2017, Justin Putnam was finishing his shift at the San Marcos Police Department when Kenneth Copeland entered the briefing room he was in.

With rising heart rates and sweat sliding down their spines, the cast members of Texas State's spring musical production, "Spring Awakening," is exploring sex and sexuality while singing through masks, dancing across distances and adapting its timeline after a cast member tested positive for…