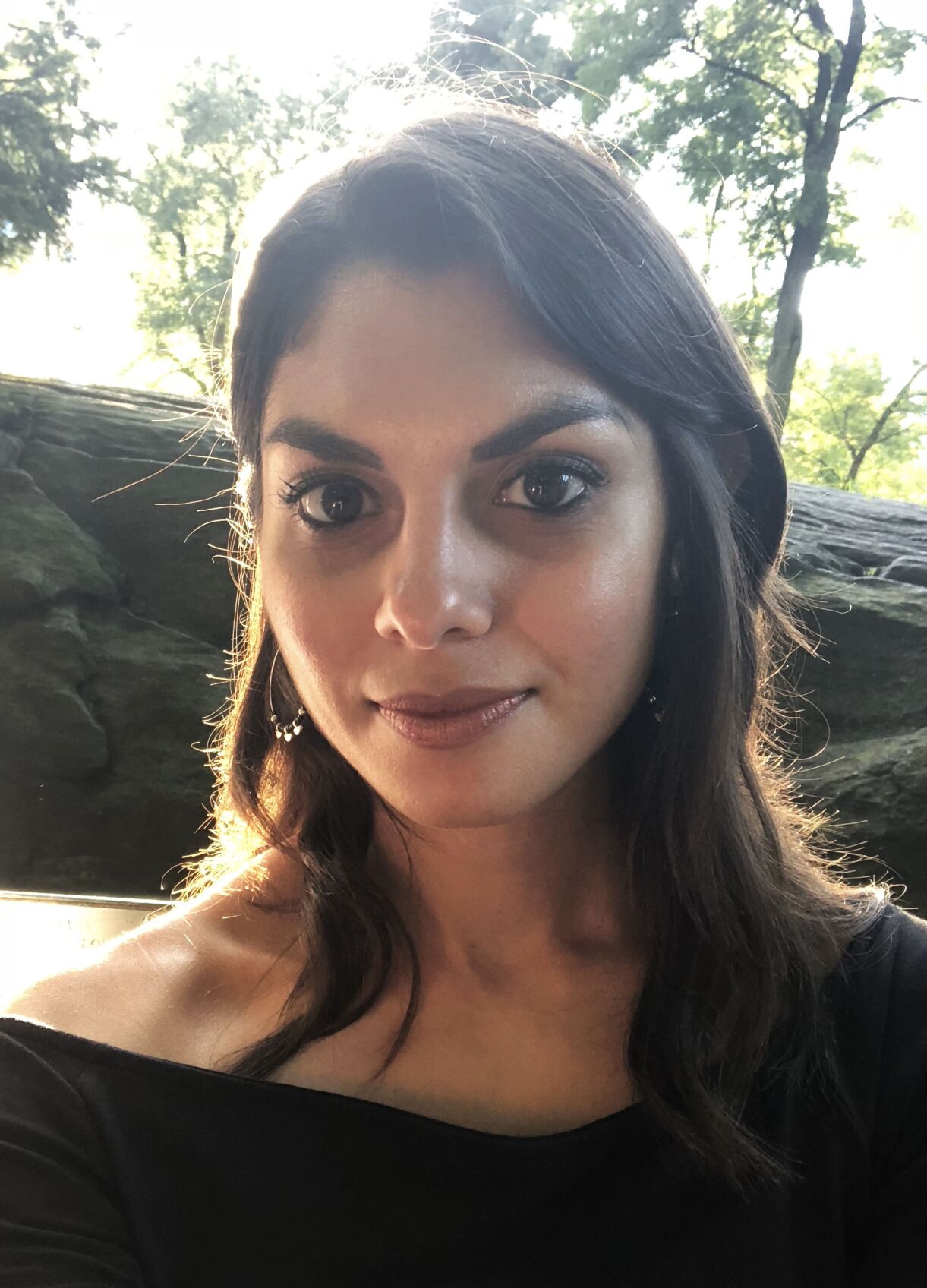 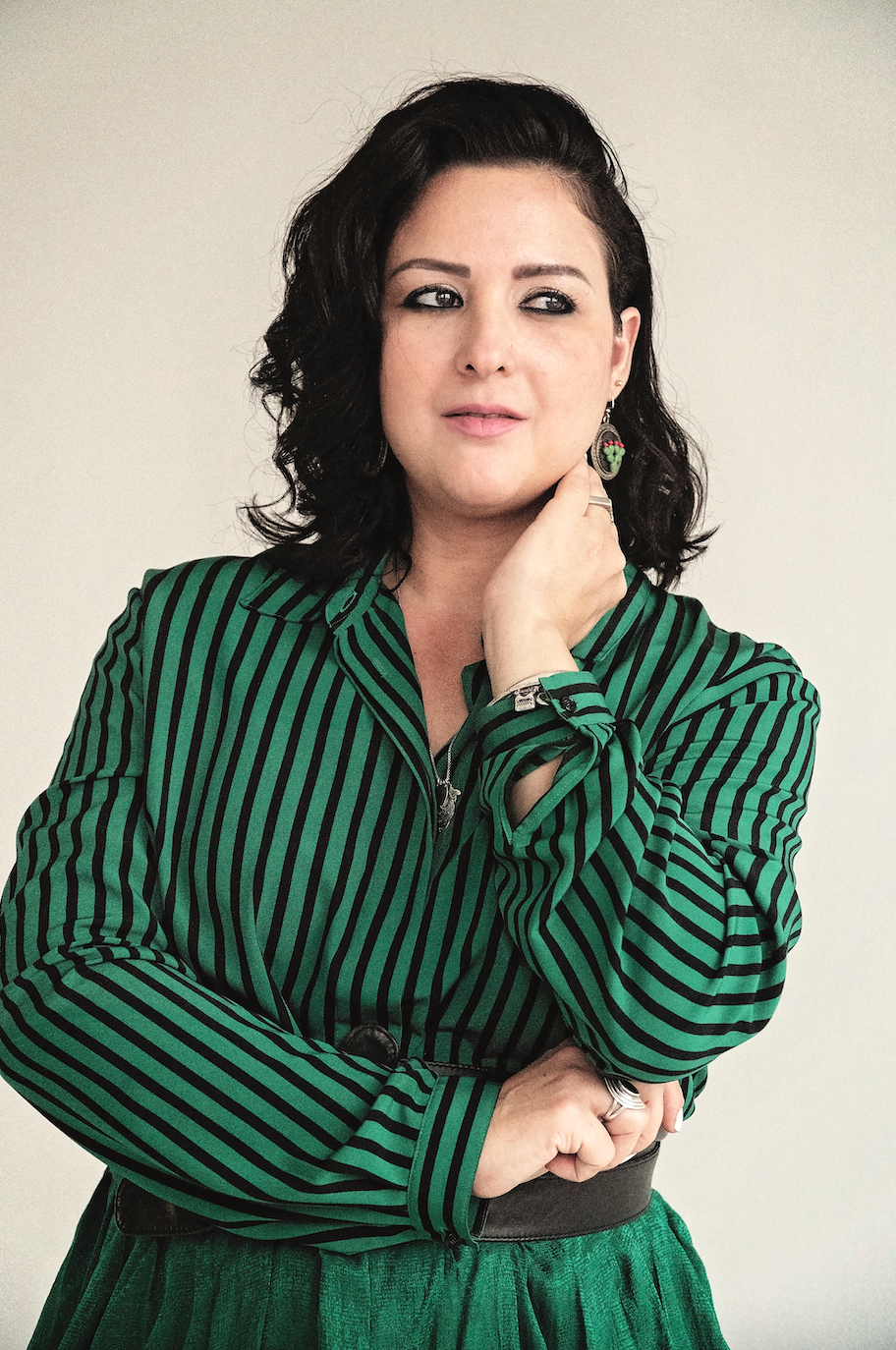 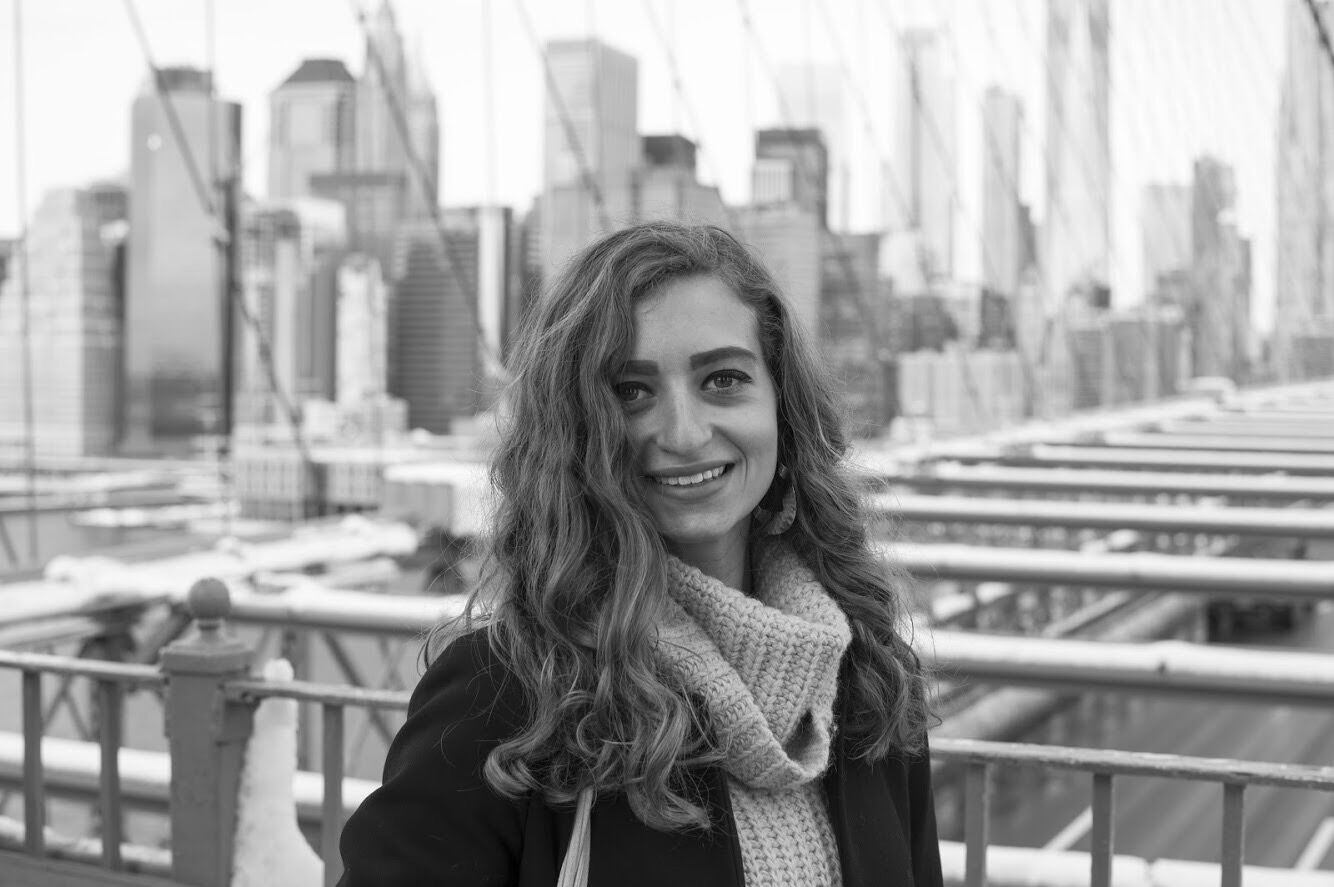 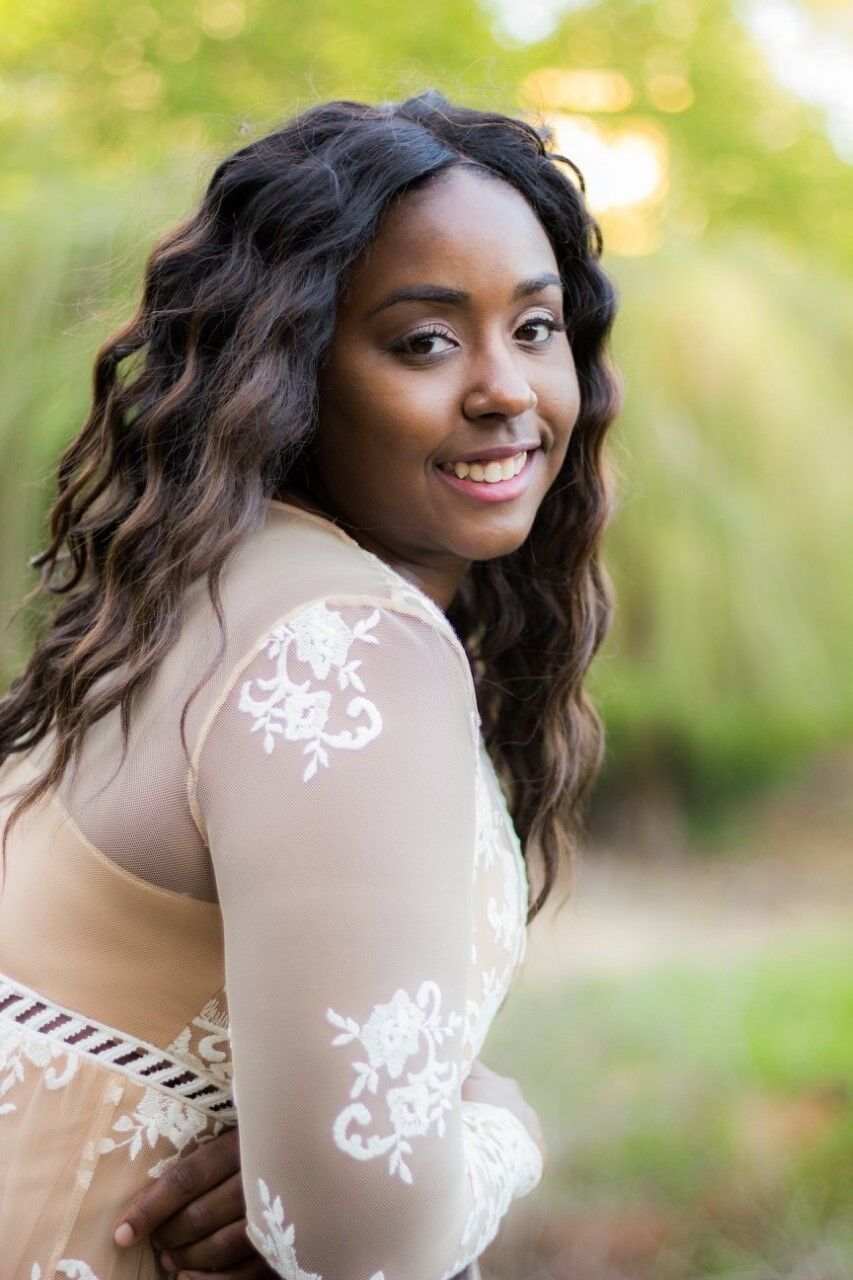 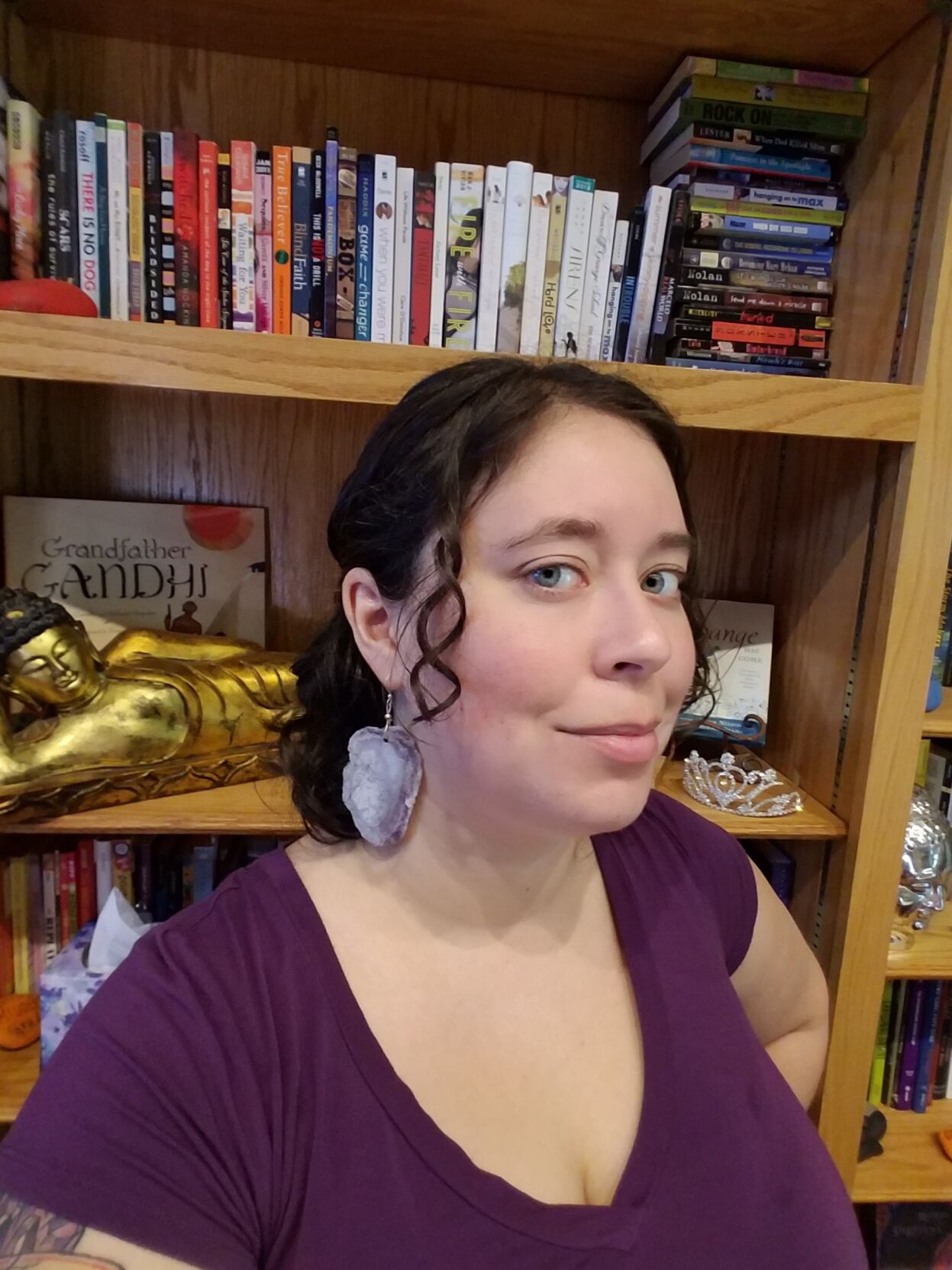 As part of Texas State's Master of Fine Arts in creative writing program, female writers of all backgrounds have routinely gathered around a table in Flowers Hall to engage in challenging debates, construct innovative narratives and hone their individual crafts.

The program seeks to provide students with feedback on their writing from accomplished authors, community peers and networking opportunities with various industry publications.

Stanislav Rivkin, an alumnus and coordinator of MFA, says the program serves as a starting point for students’ professional writing careers. Rivkin says students will sometimes complete their very first manuscripts for a book or collection of poems as a thesis.

“The MFA is not a stopping point,” Rivkin says. “If anything, [MFA] can be a launching point…Hopefully, the skills you gain in the MFA will allow you to continue improving your work and continue to develop as a writer throughout your life.”

Amanda Scott, an MFA creative and technical writing alumna, has been published in journals such as the Crab Orchard Review, Entropy, Gulf Coast, Juked, New South and The Common. Since 2018, Scott continues to work with the program as editor of the MFA literary journal, Porter House Review.

"Luckily, through the MFA program, there are readings that anybody can attend that host well-known and acclaimed writers. That's usually a great way to get exposure," Scott says. "One of the most amazing things I've been a part of is Porter House Review...We wanted to create a space where we felt like we could showcase work, and it could feel appreciated and live on a beautiful [website]."

Scott, a bi-racial woman, says she is most inspired by the stories around her and wishes to shed light on underrepresented voices, which she believes includes female South Texas writers.

“For me personally, I think because I grew up in such a multicultural city. I was always aware of all the variety of stories and experiences that exist in the world,” Scott says. “I've started to explore that a bit more because there are a lot of family stories that I know and that I want to, in my own way, share.”

Scott is currently working on a new novella, a memoir of her coming-of-age in Houston. She hopes to continue fostering graduate students through Porter House Review and establish meaningful connections with new up-and-coming writers.

“I think a lot of writers feel like it is a labor of love, but it’s also [the] work that you're doing,” Scott says. “So we felt like [paying writers] was really important just to be a part of that community of journals that values writing and shows [it] through taking care of the writers.”

Bonnie Cisneros, an alumna of the MFA program in creative nonfiction and a Tejana author, published “Bienvenidxs a San Anto: A Literary Guide to My Beloved City” through the Porter House Review and other essays in El Retorno, Chicana/Latina Studies, Buckman Journal, River Teeth and El Placazo Barrio Newspaper.

“Once I took an autobiography memoir class with Dr. Debra Monroe, it changed my whole life,” Cisneros says. “I wrote a nonfiction thesis, and I had a couple of really important and helpful professors who were mentors.”

Cisneros attributes her inspiration for most of her works to her maternal connections and Mexican heritage.

“After graduation from the MFA, I got a grant from the National Association of Latino Arts and Cultures, and I did a project that was reaching back into my maternal heritage, which extends down into the Rio Grande Valley,” Cisneros says. “I was able to go back seven generations.”

Currently, Cisneros is working on a collection of essays centered around her grandmother. By archiving her family's history, she hopes to preserve her and others' rich culture.

“It's not just me and my culture, but a lot of peoples’ cultures…and then going against the western classic canon,” Cisneros says. “You don't have those literary roots preserved on paper.”

“I actually just finished my thesis, which is my very first manuscript,” Ghraowi says. “[The thesis is] a collection of poems...in general, it's about home, it's about the war, it's about family, it's about living in exile and leaving family behind…also being in the U.S. as an immigrant.”

Ghraowi seeks to change the Western view of the Middle East — one she feels is often damaging and prejudiced.

“I'm an activist. Being at protests and hearing people's stories…amplifying those voices and building the stage for them to have their voices heard — that's where I find my inspiration. In those memories and those past experiences," Ghraowi says. "I don't think I would be the writer I am today if it wasn't for the revolution, the war, the loss, fleeing here and being away from home. That definitely made me the writer I am today.”

Charlene Caruthers, a current MFA student published in the literary journal HUMID and Porter House Review, also plans to use her communicative skills learned through the program to provide a wider platform to writers of color.

“There are so many journals for African Americans and people of color to send their work and no one hardly ever hears anybody talk about them,” Caruthers says. “So that got me more excited as a writer, just to know that there is someone out there that I would know are looking for the things that I'm writing about.”

Caruthers is currently working on a historical fiction novel with an escaped slave narrative. She looks forward to the various opportunities the MFA program can offer her after graduation.

“I realized that there's many directions that I can go once I'm done with the program, and it is very exciting,” Caruthers says. “There's just so many more avenues that I had no idea were available to me, and I'm very appreciative for this and having my eyes open to that.”

Urieta is motivated to break down boundaries and pave her own way in the literary scene. She hopes to construct better support within the publishing industry for writers by recognizing a wider scope of what is possible and establishing a creative environment free of economic pressures.

“In an ideal world, we wouldn't have to compete to publish our work. We would just be able to put it out there, and our needs would be met,” Urieta says. “Obviously, that's not the world we live in, but I think there are ways to do that in a way that can be more accessible and counter this capitalist machine that keeps telling us to produce, produce, produce, with no kind of care for the self as the artist.”

The MFA program is taking steps to provide more inclusive and helpful services to both current students and alumni.

“We are trying to provide access for alumni who don't yet have an agent or a consistent editor at a press. In the case of poets, to gain access and expand their social network,” Rivkin says. “We would like to focus on improving the connection to alumni and continuing to try to provide opportunities for them.”

Despite the difference in backgrounds of the women in the MFA program, alumni similarly write to preserve their unique cultures, connect to others through mutual human experiences and create safe spaces in literature.

MFA alumni hope the talent of their writers becomes widely recognized in the San Marcos community and beyond.

For more information on the MFA program, visit its website.