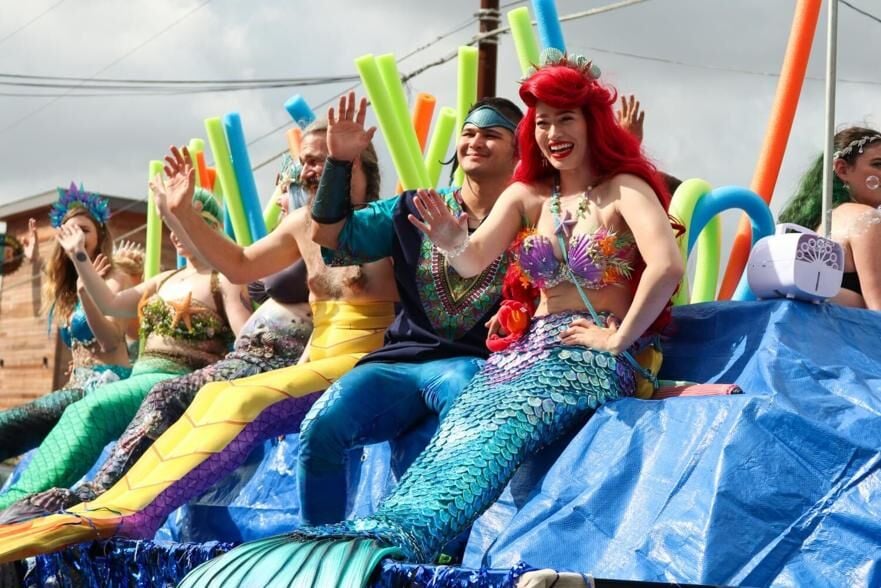 Workers of the Adventure Mermaid swim school wave to a crowd during the Mermaid Promenade, Saturday, Sept. 21, 2019, in downtown San Marcos. 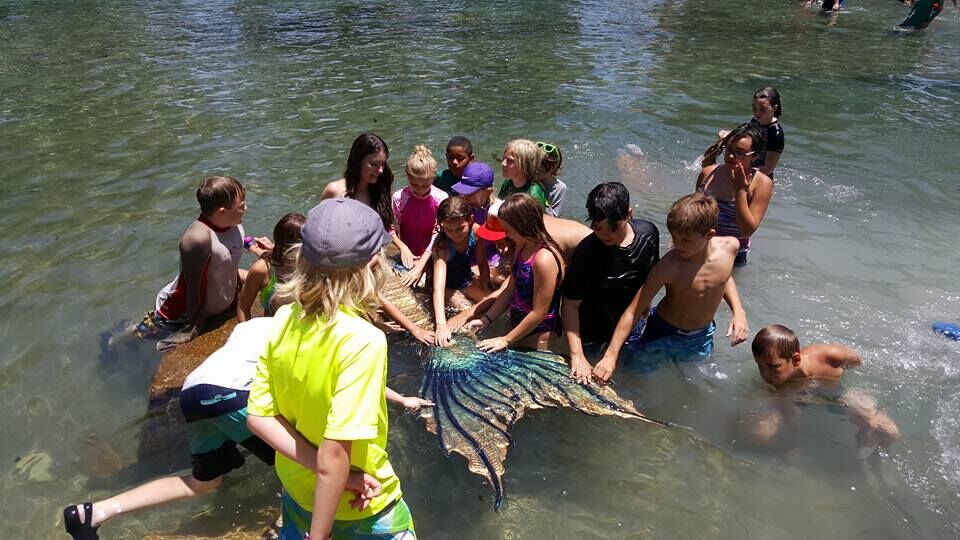 Children from the Meadows Center engage in an educational activity with Maya, the mermaid. 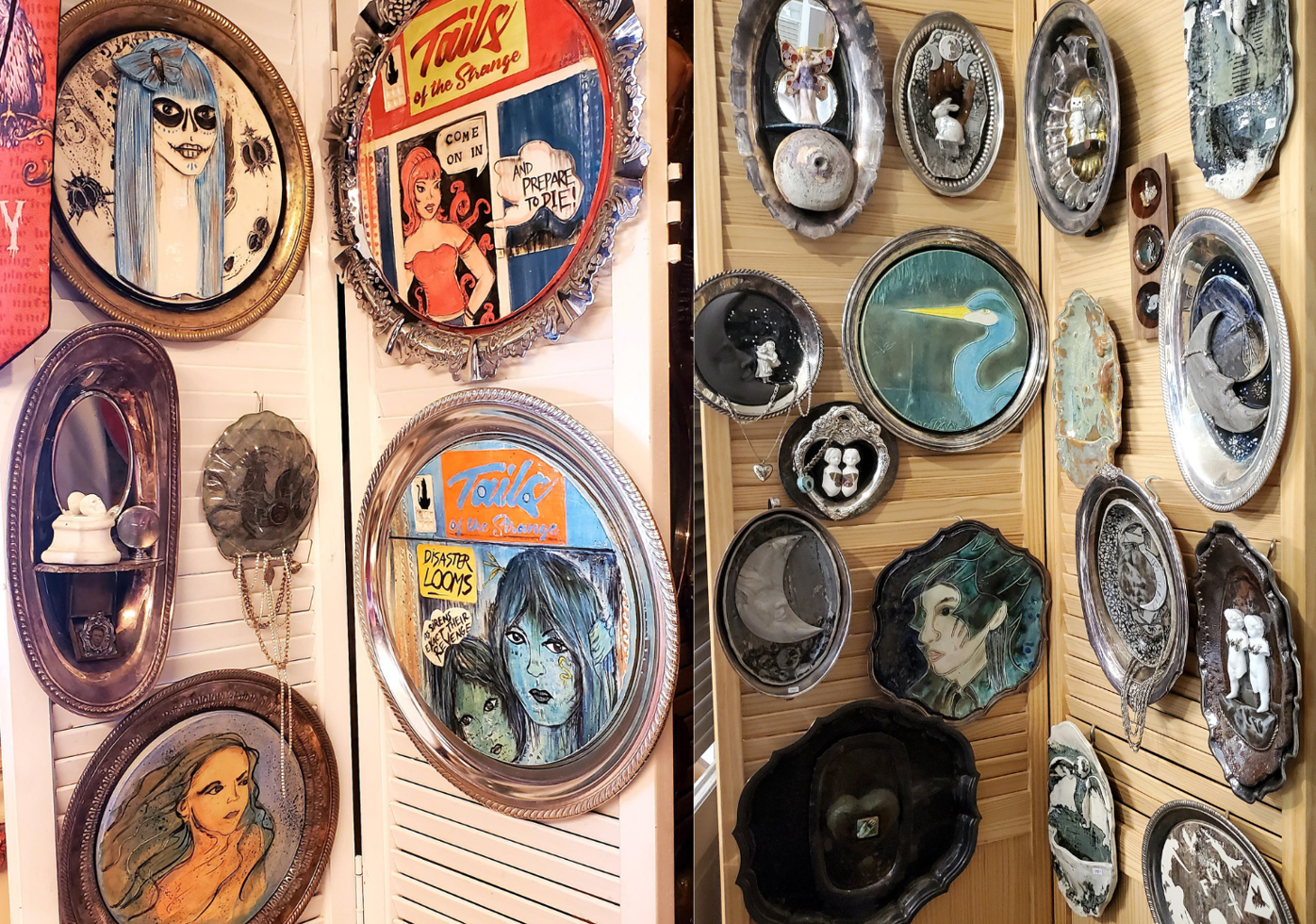 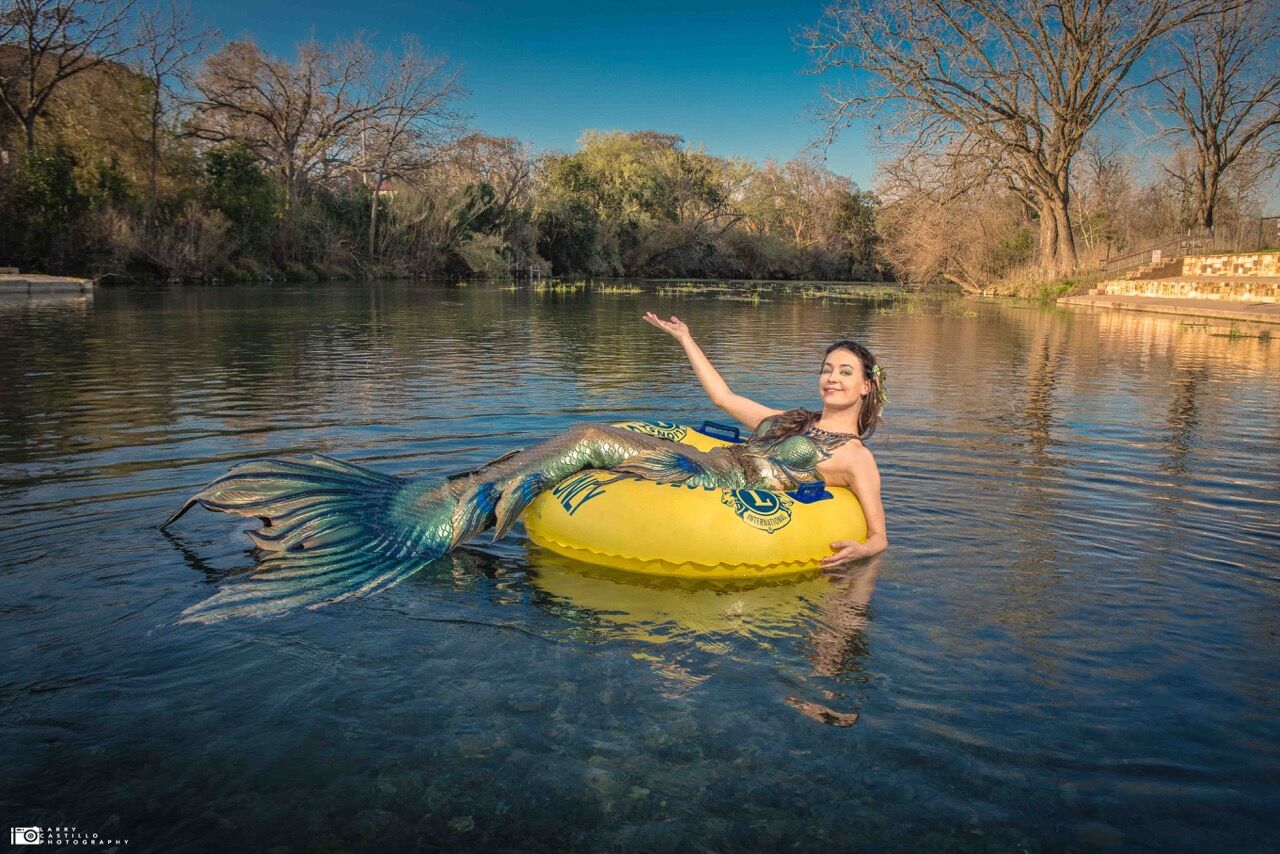 A woman dressed as a mermaid tubes along the San Marcos river.

The mermaid has been the unofficial mascot of San Marcos for decades, inspiring the town’s art, conservation and education scenes. Now, the state legislature is working to make the city's mermaid roots official.

A designation to make San Marcos the mermaid capital of Texas is expected to be voted on by Texas representatives around March. The official arrival of the title is long-awaited by many San Marcos natives, given the influence the mythical creature has had on the community.

"It's not official yet; it is on its way," says July Moreno, founder of the nonprofit Mermaid Society of Texas which seeks to unite the San Marcos community by celebrating arts, culture, heritage and fostering river guardianship.

In 2019, after unanimous approval from the San Marcos City Council and Texas Senate, the Texas House of Representatives ran out of time in the legislative session to vote on the designation.

"So it's back in their hands again to move it forward, but now we have so much more time to get it through. So we have no reason to believe that it's not going to happen," Moreno says.

Moreno was born and raised in San Marcos and has lived in the city for over 50 years. As a long-term resident, she has witnessed how San Marcos has grown and changed throughout the years.

"There was this construction going on in San Marcos and big plans of big changes," Moreno says. "What if we just become something entirely brand new, and everything was washed from the history of who we were and what we were about?"

The shift in the cultural landscape of her hometown inspired Moreno to create the Mermaid Society to preserve San Marcos' history of which the mermaid has played a large role since the 1950s.

In 1926, A.B. Rogers, a well-renowned San Marcos entrepreneur, was inspired by the crystal waters of the river and founded the Aquarena Springs Theme Park. Rogers introduced the mermaids to the park in 1951 to create new traction given the interest attached to the mythical beings.

Although the amusement park has since shut down, mermaids continue to make appearances thanks to the efforts of the Mermaid Society. The organization hosts its yearly mermaid festival in September which includes a parade, multiple conservation symposiums and educational programs.

“What I think that we've done is really attract people to get involved in ways that are fun [and] easy," Moreno says. "[The mermaid festival] serves as a gateway to continue that volunteer effort with other organizations and contribute money to help these organizations do more.”

Besides bringing the community together, the symbol of the mermaid also contributes to the art scene in San Marcos, as many local and student artists find inspiration from her supernatural aesthetic.

Lisa McPike Smith, a 1999 Texas State alumna and creator of Hep Cat Artworks, attests to this, adding that the mermaid influenced her as a kid.

“As a kid, I would go to Aquarena Springs… I got to see the underwater mermaids. We went into the underwater submarine theater," McPike Smith says. "As a little kid, you can't help but think, ‘Wow, that's kind of cool and magical.'"

This translates into McPike Smith’s ceramic pieces which take on marine themes. She keeps her work sustainable by using old parts from antique stores to create her artwork, incorporating her town’s spirit while also supporting local businesses.

The marine theme is used by organizations like Texas State's Meadows Center as it garners interest in community initiatives. While topics of endangered species or water preservation may seem daunting, the concepts become simpler and enjoyable for younger ages under the instruction of a mermaid named Maya.

“The mermaid is a great educational tool for kids to learn more about the river and grow that interest in the environment,” says Miranda Wait, deputy director of Spring Lake Operations at the Meadows Center. “When you talk about a mermaid who bases her life on taking care of the river and stewardship, I think that's a little more relatable to kids.”

With opportunities such as the glass-bottom boat tours and the SPLASH (Stewardship, Preservation, Local Arts, Sustainability and Heritage) program, the Meadows Center and Mermaid Society spread knowledge about the local and global impact of the San Marcos River.

“If we go dry, that means millions of people don't have drinking water," Wait says. "We say it'll support our town, but it's actually beyond us; it's greater than that...We also have endangered species that live here and nowhere else in the world.”

The need for awareness extends to the adult population. Moreno encourages any kind of participation in the effort and uses the appeal of Maya and the mermaid festival to encourage participation within the community.

“This festival connects the celebration to the river," Moreno says. "People are now much more aware that we have this incredible, beautiful [and] natural resource right in the middle of our city.”

Wait says the mermaid is the connection between all separate facets of San Marcos' culture and represents the town's on-going transformation.

“The mermaid is a symbol of the people," Moreno says. "People that do good work with the San Marcos River Foundation and the eyes of the San Marcos river and habitat conservation crew."