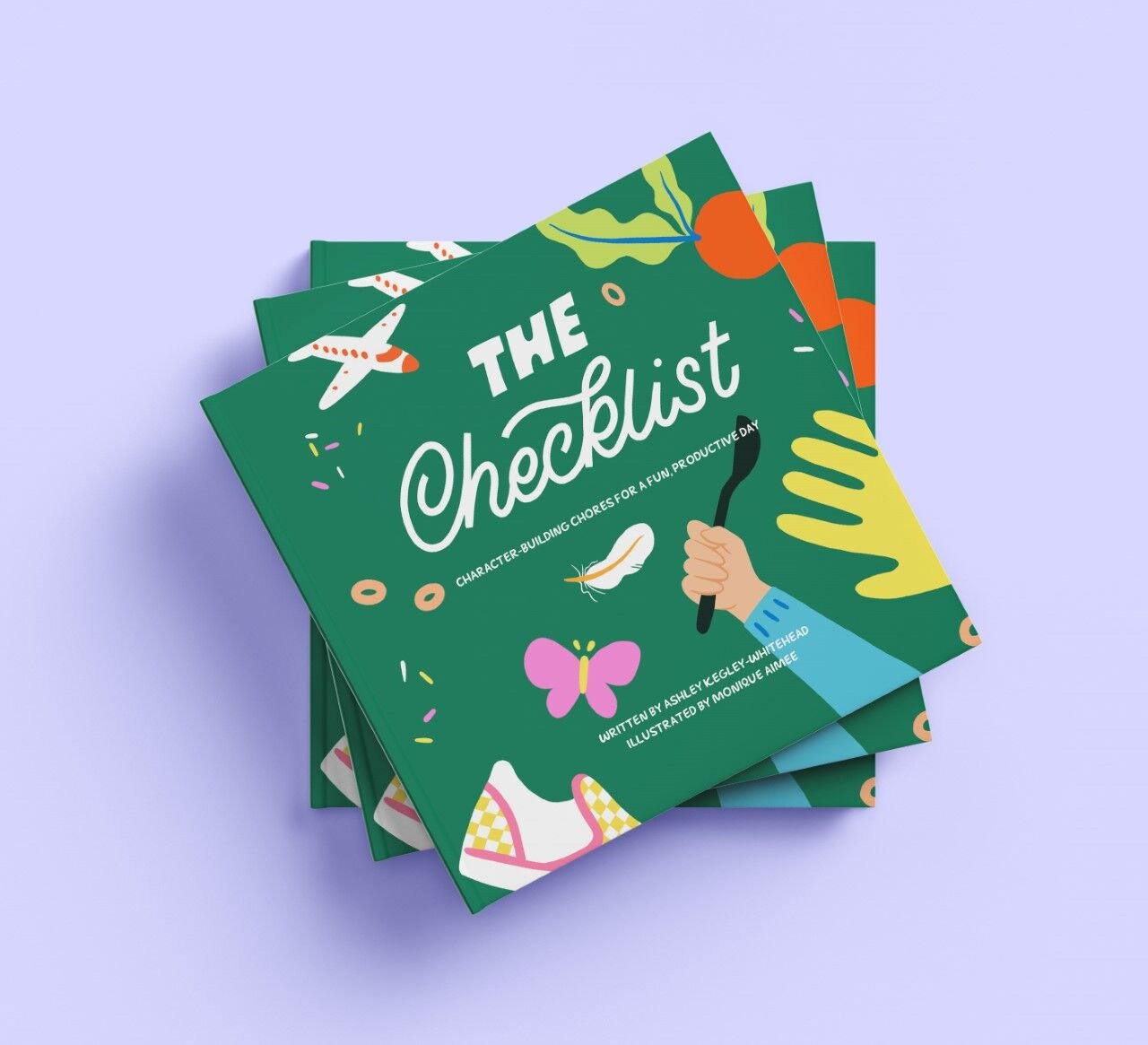 Front cover of "The Checklist: Character-Building Chores for a Fun, Productive Day," a children's book by Texas State alumna Ashley Kegley-Whitehead. The book aims to teach children about work ethic through the act of chores. 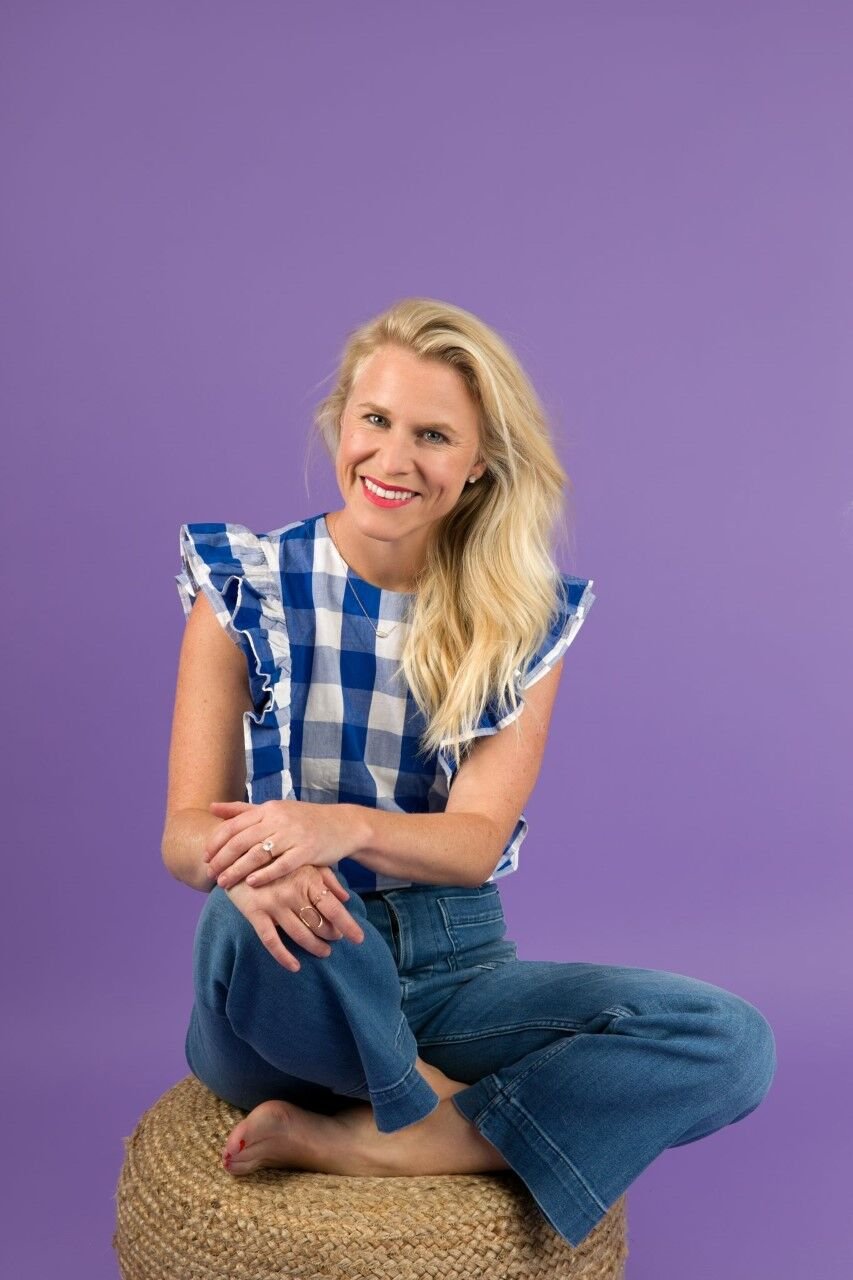 Texas State alumna Ashley Kegley-Whitehead smiles for a photo Thursday, Aug. 5, 2021. Kegley-Whitehead is the author of "The Checklist," a children's book focused on responsibility and work ethic. 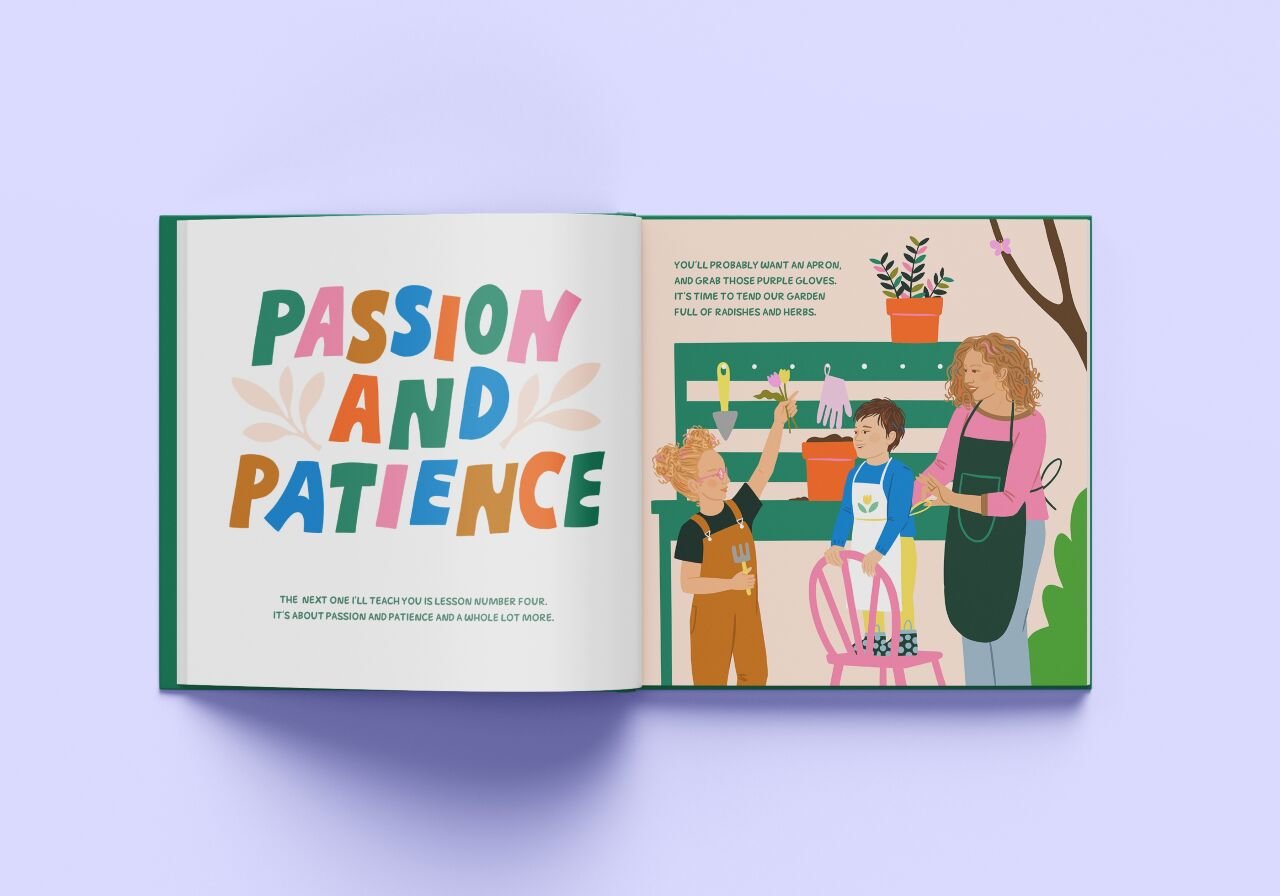 An interior page of "The Checklist," a children's book by Texas State alumna Ashley Kegley-Whitehead. The book aims to teach children about work ethic through the act of chores.

Chores are often seen as something for children to complain about. Ashley Kegley-Whitehead wants to help change that narrative with her new children's book, "The Checklist: Character-Building Chores for a Fun, Productive Day."

Kegley-Whitehead, a Texas State alumna and founder of BigHer Impact, started to have a conversation about chores with her children during the pandemic. She noticed her children started to roll their eyes at the idea of doing chores and wondered how they knew to react negatively toward that word. Her goal now is to change the stigma around lending a helping hand at home.

"I really need a book about chores that helps to start building up the conversation about work ethic because we have so many books that are about dream big and shoot for the stars which I absolutely want for them," Kegley-Whitehead said. "I wanted something that fulfilled the other half of the equation of the idea of big dreams and hard work are equally important."

Kegley-Whitehead's book is designed to teach children how to think and manage responsibilities on their own. The main goal of "The Checklist" is to promote gender equity and empowerment. She wants to create an idea of kindness and capability for young children of all genders so that everyone can work toward becoming responsible community members.

"The book really introduces the idea of responsibility and being helpful," Kegley-Whitehead said. "Right now, I am in prototype stage, working with three different manufacturers, on what I would like to call a responsibility advocate. So, it's really an elevated chore chart."

With the concepts of responsibility and service colorfully displayed for readers in the book, the elevated chore chart focuses on implementation. Conversation cards have been designed to go along with the chart and to help parents start discussions centered around creativity, diversity and inclusion.

The book was illustrated by Monique Aimee, a Boston-based illustrator and hand letterer who believes that "The Checklist" has an empowering mentality that can motivate children to do chores. This was Aimee's first time illustrating an entire book. Her past illustrations and projects have focused on empowerment and self-care, two themes reflected in "The Checklist."

"I definitely wanted the illustrations to be very positive and happy because it is a children's book," Aimee said. "[I wanted it to be] very colorful and just generally optimistic. I mean, I do that in a lot of my illustrations. I especially wanted it to come through with this one and just be cohesive throughout."

The book is part of a bigger series known as LittleLift which Kegley-Whitehead hopes can inspire gender equity and empowerment. The series is designed to create healthy habits for children in three steps: introduce, implement and engage.

The main idea of the LittleLift series is to motivate young children and teach them skills that will help them further down the road. "The Checklist" takes readers on an adventure of working through daily tasks that builds mindsets like teamwork and patience. The book is meant to inspire young children to be healthier, happier people through the act of doing chores.

"For me, it's teaching children how to think, not what to do," Kegley-Whitehead said. "And that, honestly, is the crux of how I believe BigHer Impact is reimagining responsibility."

BigHer Impact is a company that believes nurturing a growth mindset in children early on can have a long-lasting impact. Its mission is to inspire young children to do household chores as it will help benefit them academically, emotionally and professionally. BigHer Impact is a conduit to character building because it is working to teach children how to become responsible and self-sufficient.

"I've partnered with two nonprofits here in town to hopefully pair with them their curriculum specialists, lift up their voices so that together we're all collaborating to put out some of these prompts into the world," Kegley-Whitehead said. "[This is all] so that parents can sit down and really have some meaningful conversations with their kids."

Sean Whitehead, alumnus and Kegley-Whitehead's husband, helps her with the book's website and online sales of the product. Whitehead believes his wife's passion for this project is unlike anything he's ever seen before. He commends her ability to emotionally invest in this project because its purpose is to keep families engaged.

"Getting families the opportunity to engage on a topic that everyone's into and can initiate meaningful conversations [can] ultimately lead to that big lofty goal," Whitehead said. "I'm a really big believer in incremental baby steps to seeing something bigger. I think the opportunity to actually see that in real time play out whenever we start to get things moving, I think that's the big goal."

Kegley-Whitehead plans to create more collections connected to this project that will help tie back to a healthy and responsible child.

"For me, it's not really about chores. Chores are the conduit to what really matters," Kegley-Whitehead said. "And to me, that's character building."