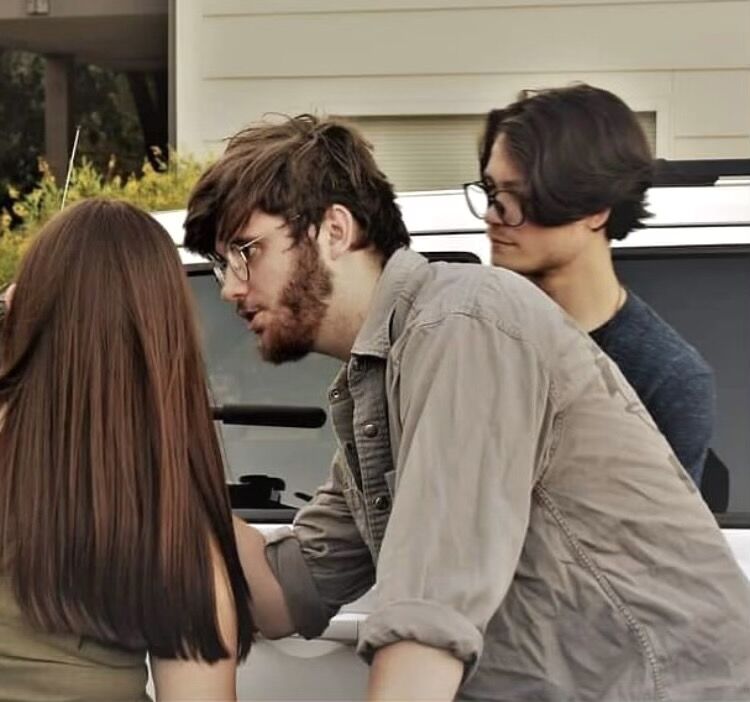 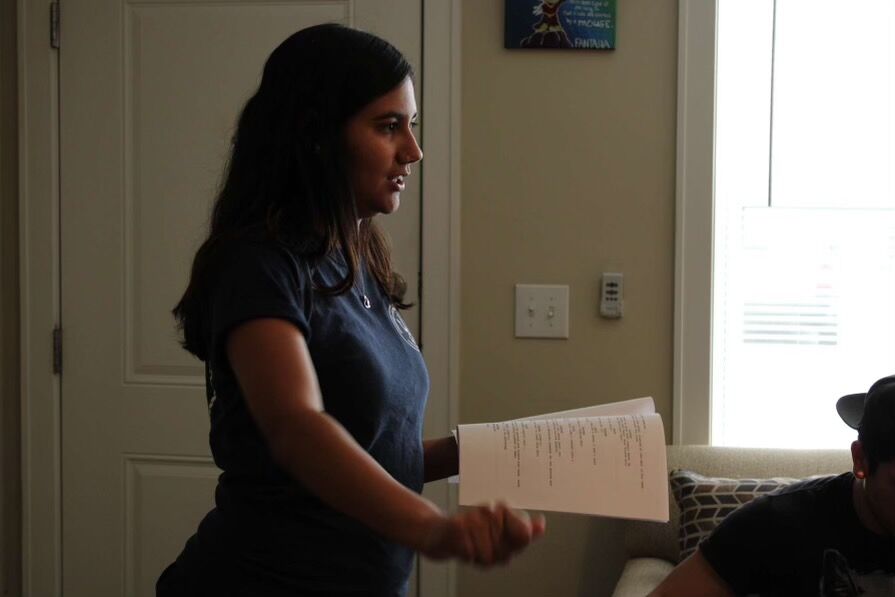 Rayemond Pettigrew was living couch to couch without hope of entering the pandemic's brutal job market.

As he waited for luck to strike and a job opportunity to come his way, the film production alumnus decided to take matters into his own hands.

With a passion set on creating and empowering artists, Pettigrew launched Ape Heart Productions in February. The local production studio seeks to bring to life the scripted stories of its writers and producers in addition to working on outside projects ranging from music videos to commercials.

“To be honest, none of this was planned,” Pettigrew says. “I was jumping couches in the middle of the pandemic. There was no work. Being lost like that creates a void, especially when all you know is art. I knew a lot of people felt that way so I wanted to do something about it. I never thought I would be leading anything. But I refused to let the people I had grown to love and cherish as artists to lose their ability to produce what means the most to them. All I did was create a platform.”

Pettigrew reached out to two of his colleagues and close friends, Eliana Gonzales, a theater alumna, and Brian Frizzell, a film production alumnus, who helped get the ball rolling as the organization's chief operating officers.

As Ape Heart Production's COOs, Gonzales and Frizzell are responsible for reading incoming scripts and overseeing their producers. With their shared experience in the film industry from working on Netflix original films and TV shows like The CW’s "Walker," and AMC's "Fear the Walking Dead," both Frizzell and Gonzales rely on their love for filmmaking and creative eye to craft films for the newly founded company.

Before joining the team, Frizzell recalls bonding over the art and construction of film with his sister. In college, Frizzell sought a path to become a playwright, never thinking he would turn his love for movies into a career. While taking a screenwriting course, however, he recognized his passion for telling stories on the screen.

“I’ve always been into movies,” Frizzell says. “Personally, it was a big thing with my sister and I, and I went to school because I thought I wanted to be a playwright. I read 'Hamlet' in high school and I was like, ‘That’s the ticket.’ But then I took a screenwriting class, and it was all downhill from there.”

Just months into the company's origin, Frizzell’s name can be found in the end credentials of Ape Heart Production’s first and upcoming film, "Justice for Our Kids", a documentary that shares the stories of the families impacted by the 2018 Iconic Village Apartments fire, one of the deadliest fires in San Marcos history that was ruled arson.

“The documentary was [Frizzell’s] brainchild,” Pettigrew says. “He lost his sister Haley and his best friend David to the fire, so it was something very near and dear to us.”

By making the onerous decision to bring that haunting night’s events back to life, Frizzell hopes to commemorate the lives of those lost in the fire and gain justice for his late sister along with his best friend Zachary Sutterfield, a survivor of the fire.

The documentary is partially funded by contributions from Texas State and supported by the university with the rights for a premiere. With its team made up of Texas State alumni, Ape Heart Productions trusts its location near the university will prove to be beneficial to their business and team.

“It’s a school full of creative people, it’s a town full of artists, so there’s a lot of room to collaborate with different people,” Frizzell says. “There’s an ever-growing music scene in San Marcos, with lots of new bands. There are new music videos, and we’re there to fill that role. The huge Greek life presence on campus, those guys are always going to need videos, pictures, that sort of thing, and there’s not really a whole lot of people in San Marcos to fill that role.”

At Ape Heart Productions, there is a constant focus on team effort. Gonzales says work is very collaborative. The more hands-on-deck, the merrier.

“We’re a company where we don’t care what kind of story you write or what kind of scripts or what kind of work you do,” Gonzales says. “If you can do it, bring it to us. We just want great creators who have stories to tell, who have great stories to tell. Stories that we've never heard before and who want to help those creations come to life from screenwriters. We just want to give people an outlet to come to us to just make, and that's just exactly what we're doing right now.”

Ape Heart Productions is still in the early stages of its business, but, for Pettigrew, the business serves as a reminder of why he started the company in the first place: to create.

“I know for me, and that probably goes for a lot of the people that work here, I just want to be able to make art full time,” Pettigrew says. “I mean, that’s the dream. I don’t really care how much I make, as long as I get to do this and make some kind of a living.”

For more information on Ape Heart Productions or to request video production, visit its Instagram and Twitter @apeheartprod.