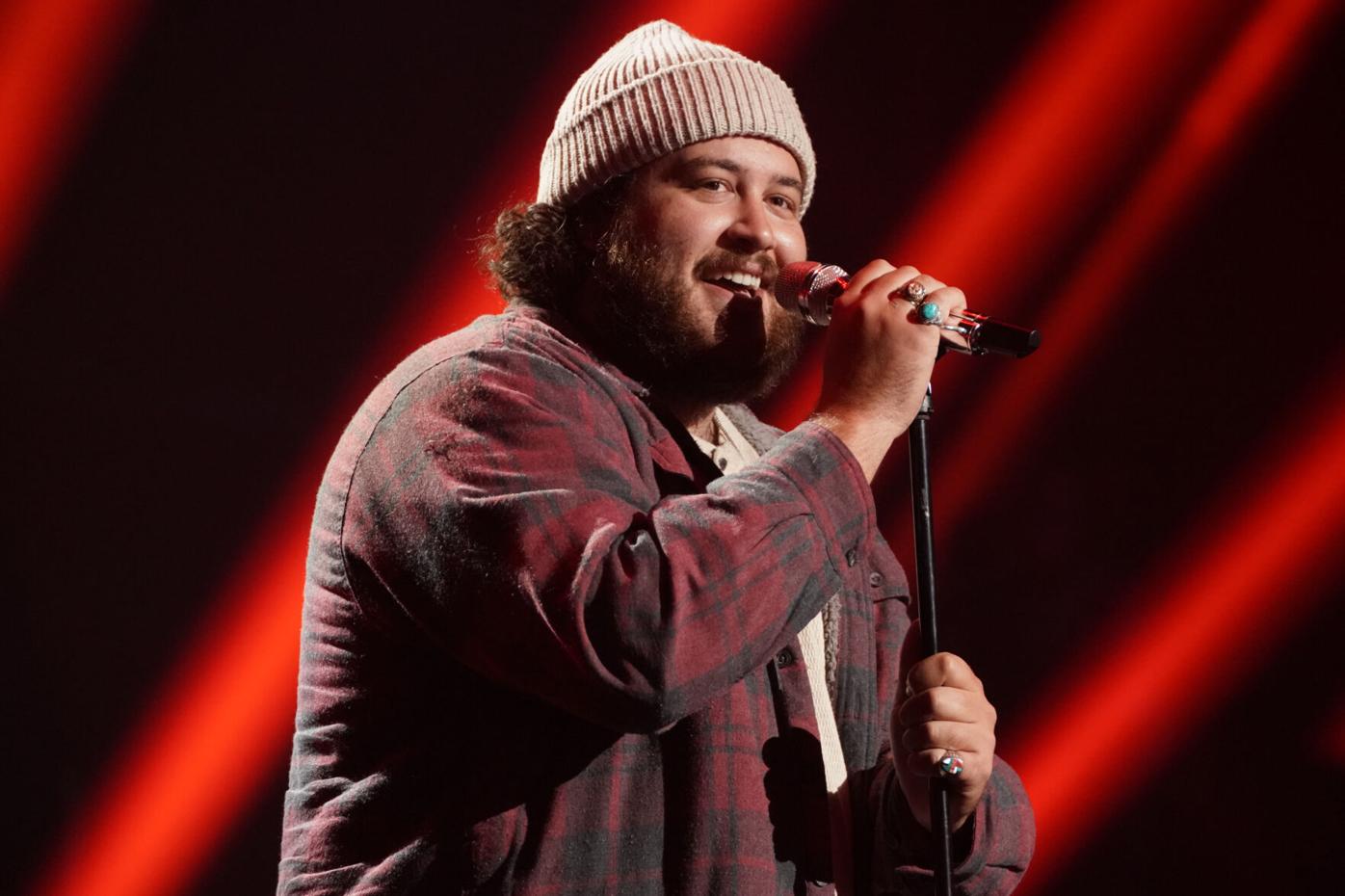 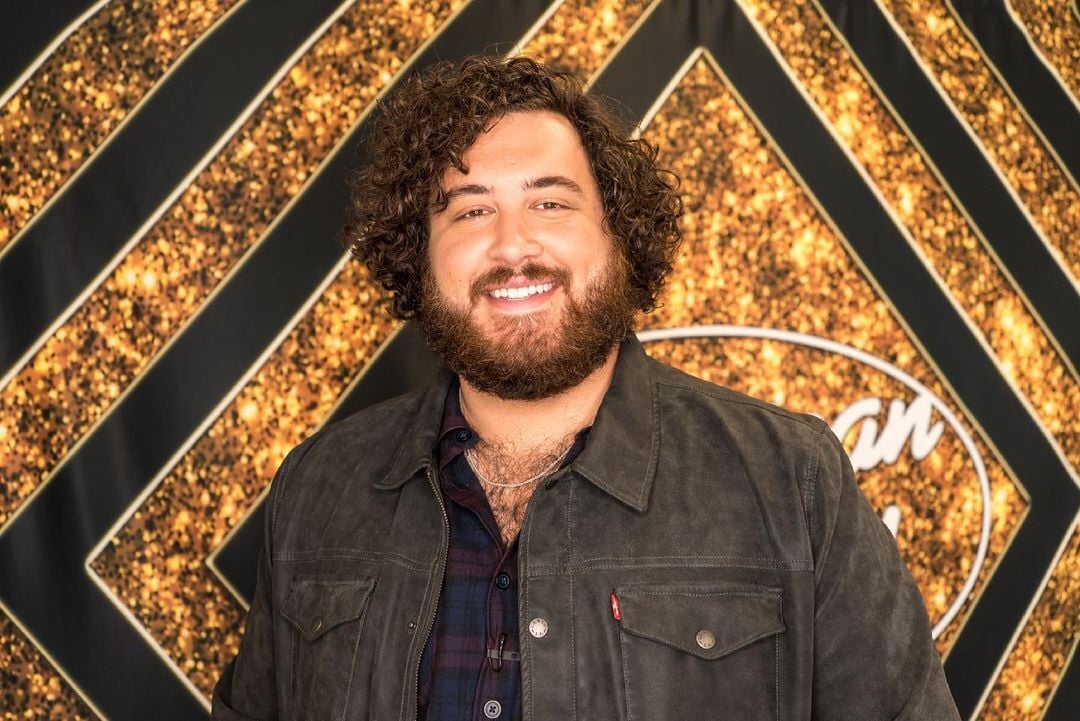 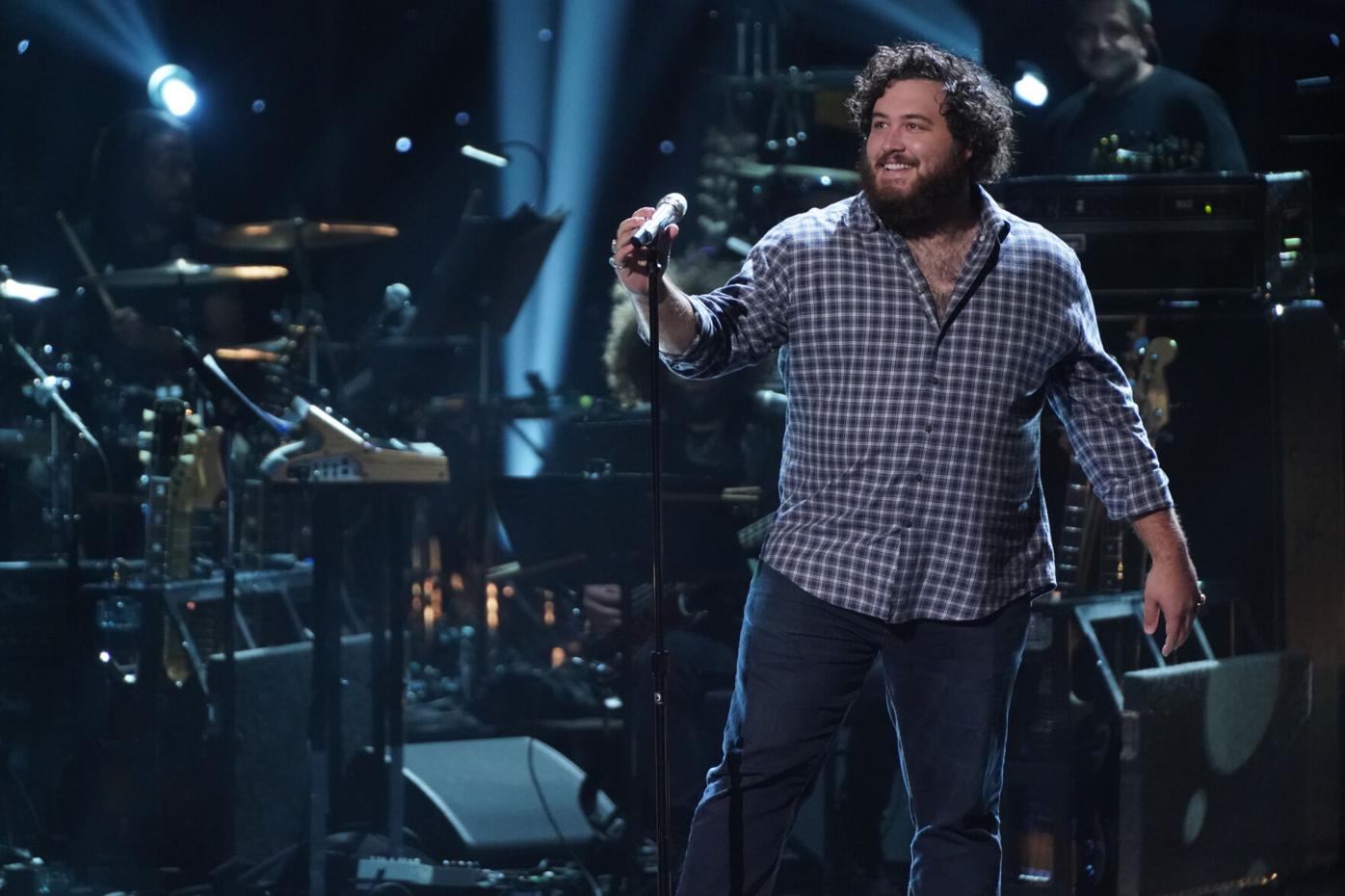 Alumnus Graham DeFranco thanks the judges after singing "Beautiful War" on American Idol, Sunday, March 28, 2021, in Los Angeles, California. DeFranco's performance secured him a spot in the Top 24.

Striding high onto CBS Television City's golden stage, snatching the mic stand and singing to the skies, Texas State alumnus Graham DeFranco, after years of dreaming up his destiny, wrote his name in lights as one of the top 16 finalists in "American Idol" 2021.

"I love the feeling of being on-stage,” DeFranco says. "I get this kind of euphoric high, this adrenaline rush, and it just feels so good."

DeFranco first auditioned for the show when he was 18 and again at 21, never making it past the first few rounds of auditions. But, finally, after college and on his third audition attempt, DeFranco found his place in the spotlight.

"I thought it was cool just [to] see what could happen, the possibilities, the 'what-if' kind of thing," DeFranco says. "I just like auditioning, but I'm really intimidated by it, by all these studs. I definitely doubt myself a lot, musically."

When selected as a finalist, DeFranco traveled to Los Angeles and competed with popular hits like "Watermelon Sugar," "Beautiful War" and "Love Like This" for the three-person audience of famous judges.

Before performing on a national screen, DeFranco spent minimal time on stage and had no professional music experience. The first time he remembers singing for a crowd was in a high school musical of "Bye Bye Birdie" after his friends talked him into auditioning.

"I never really sang for anybody until I was like 17," DeFranco says. "I’m such a bad actor, but after the show, people were like, 'Hey, I like the sound of your voice!' And so I kept going with it."

With the approval of his audience prodding him along, DeFranco and his high school friends joined together to form a band. DeFranco was the band's lead singer, winning the group its local "Battle of the Bands" competition and proving that his musical chops were something to celebrate.

Despite this win, with college on the horizon, DeFranco put a temporary pause on his musical passion. While at Texas State he pursued a degree in English education, knowing he wanted to work with other people and still have room to bring authenticity to his career.

“I wanted to be a teacher, but I felt like English had the best opportunity for me to make it my own," DeFranco says. "Like in math, you can teach math a certain way, but I feel like English you have such free reign to make it as engaging as you want it to be and creative. I thought there was a lot of wiggle room to make it more than just English.”

In his years at Texas State, despite his musical hiatus, DeFranco's uniqueness shone throughout his friendships and community. After meeting on their first day of orientation, fellow alumnus Abram Grable became one of DeFranco's lifelong friends, drawn to DeFranco's personality.

"He’s probably, top five, one of the funniest people I've ever met in my life," Grable says. "He's just a character. You never know what he's gonna say, what he's gonna do. That's just, that's Graham."

In the classroom, DeFranco found himself drawn to teachers who preached his same passion and love of community. Because of this, he remembers Dr. Paul Mencke, a senior lecturer in the Department of Curriculum and Instruction, as his favorite teacher throughout his college years.

Despite teaching multiple 90-person classes each year, Mencke remembers DeFranco among his students. Looking at his former student's success, drive and passion, he is proud his classroom environment left a strong impression on DeFranco.

"I think that if I can relay and have other people not mimic but build off and make better what I do and bring that not only into the classroom but also into life," Mencke says. "A positive spirit, someone that wants to put good into the world."

Even though DeFranco became restless in the classroom, he still stayed eager to put this positive energy into the world. He took a leap of faith and trained for a job as a pilot where, just like on stage, found a place to shine.

"It’s a pretty cool gig. Every time I was up there, I would always appreciate being in the sky," DeFranco says. "Like every single time I was like, 'Man, not a lot of people get to do this, this is really special.'"

Now having had his voice streamed across national television, DeFranco has experienced even more special moments, sharing his vulnerability through his music and grit. In his final song on "American Idol,” DeFranco battled for his competitive "life," remembering the night with a fiery sense of purpose.

"I was in the bottom six people that had to fight for their life for the judges to pick," DeFranco says. "So I was singing for my life, and I was pretty all-in on it and had some good energy up there. It was a good sendoff. I don't know, it was a really special performance."

With "American Idol" now behind him, DeFranco plans to move to Nashville within the next month alongside his best friends from the show, committed to writing his own songs and kickstarting his musical career.

DeFranco now has experience under his belt, encouragement from his friends and confidence coming from his audience and viewers. His final goal before jumping into his career is to stay humble and true to himself, rooted deep in his community and passion.

“It’s a really cool feeling to have people that I don’t know stop me and say, 'Hey, weren’t you on "American Idol"?' and I say, 'Yeah!' and they go, 'Holy smokes!'," DeFranco says. "I hope I never get used to that. I hope I don’t ever get jaded by that. I know it sounds superficial, but I just want the world to know me in a cool way.”