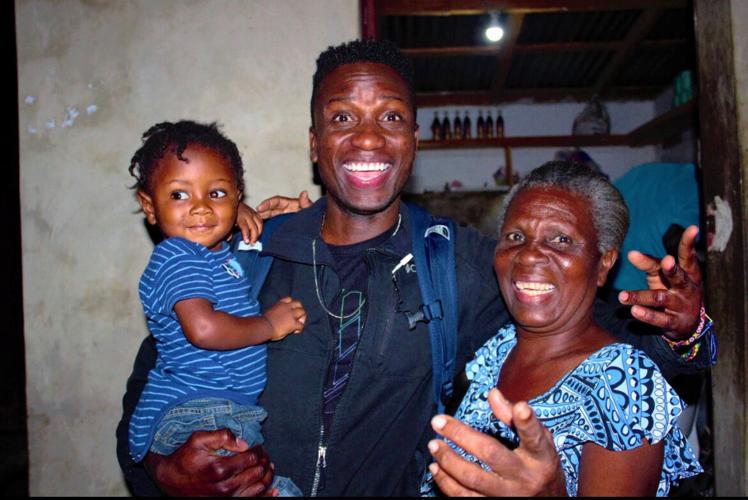 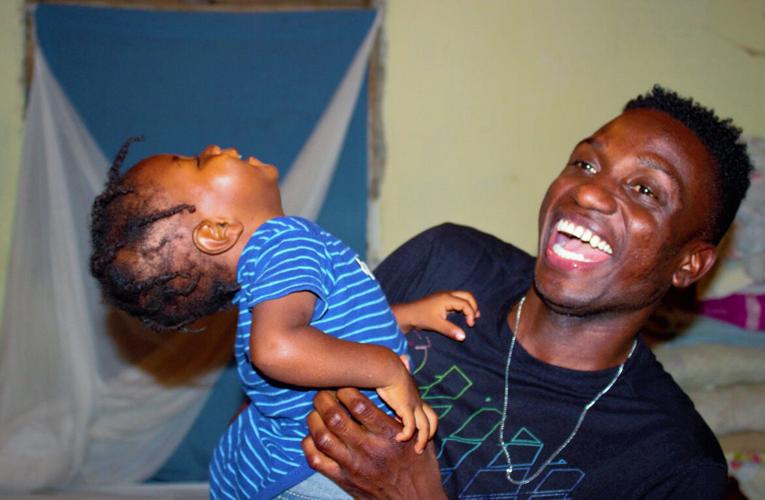 Jimmy Amisial embraces his son Emilio into his arms.

Born and raised in Haiti, Amisial came to America to attend college in 2015. In Dec. 2017, he was on a trip home for winter break after completing his first semester at Texas State.

On New Year's Eve, Amisial, who grew up volunteering at a local orphanage, was on his way to deliver gifts to the children when he heard a noise that caught him off guard. At first, he thought it was the sound of people celebrating the new year.

“I saw a panicked lady and I said, ‘oh, what's going on over there?’ She told me, ‘ you won't believe it. They are throwing the baby in the trash’ and no one wanted to do anything about it," Amisial said.

A crowd had gathered around the baby, and no one bothered to help or even touch the baby who was lying in a pile of trash. Despite the crowd's reaction, Amisial knew he needed to do something.

"People are saying ‘I'm not going to touch it. I didn't put that baby there. It's cursed.' But to me, I saw a precious living soul, and without hesitation, I reached out and picked him up from the trash,” Amisial said

When he first saw the baby he was covered in fire ants and would not stop crying.

“He was crying in excruciating pain, I could hear the pain in his voice like he was saying ‘save me, save me,'" Amisial said. "I couldn't think of anything else but to save him.”

Amisial then took the baby to his mother’s house where they bathed him, nursed him back to health and called local authorities to notify them about his discovery. Little did he know that reaching for the baby would change the trajectory of his life.

The day after finding the baby, a judge visited Amisial. The judge recognized the heart and passion that Amisial had for the child. According to Amisial, children in Haiti often end up living their lives as orphans or gang members.

It was the following question the judge would ask Amisial that would shock him to his core. The judge asked him if he was willing to become the baby's legal guardian. He told the judge to give him time to think about such a huge decision.

"That wasn't my expectation at all when he said that to me. I kept thinking, I'm still in school I was struggling and I didn't really know what I was gonna do,” Amisial said

Deep down Amisial knew this was what he was meant to do in life and so he returned to America as Emilio's legal guardian.

The adjustment to life as a parent was tough, similar to the process of adapting to living in a brand new country and finding his groove in Longview, Texas, where he lived and attended school before coming to San Marcos where he knew more people.

“It was hard, that culture shock. I've never left my country before and it was kind of like a new experience and a new chapter in my life,” Amisial said. “It's a cool experience, but it was hard at the beginning.”

However hard it was, Amisial kept reminding himself it was a journey that he was ready for.

Amisial's journey to parenthood was not easy, before becoming a father to Emilio, he had never had experience changing a diaper or making a bottle.

“I had some sleepless nights and then I realized that this was my something great, and so I took a leap of faith by saying ‘yes,'” Amisial said. "Sometimes you don't have to know what to do. You just have to be ready to do it.”

Amisial credits his mom on teaching him the ropes of his newly found way of life as a parent.

“My mom helped me with everything. She told me, ‘okay, you know, this is what's gonna happen, I'm going teach you how to change diapers.' It was kind of like a cool experience to me and has been [my] biggest decision ever,” Amisial said.

Emilio who was three months old at the time is now five years old and lives with Jimmy’s mom, Elicie Jean, in Gonaives, Haiti. Emilio said he loves playing football.

“He's really outgoing and has a million-dollar smile. He always asked me for stuff ‘daddy, I need a bicycle, I need a tablet, I need clothes,' he always needs stuff and I'm really proud of that,” Amisial said. “He has someone he can go to be asking for stuff.”

Jean shares that life with Emilio is filled with joy, the same joy she had in her life when Jimmy was also just a kid.

[Translated to English] “It's like I was raising Jimmy again, he smiles all the time, wonders around to play outside with the neighborhood kids, he’s super joyful,” Jean said.

Amisial will be returning to Texas State this spring after having to put his education on pause because of legal fees regarding the adoption process. He one day hopes to have his mother and child living with him in the states.

“I would love him to know that he was left alone but he's not alone. I would love to teach him how to be kind and how to love on other people, the same thing I did for him, for him to be able to do it for other people,” Amisial said.

A second chance: Spears' life changed by near death experience

The opportunity to play Division I collegiate football is not something Texas State redshirt… Read moreA second chance: Spears' life changed by near death experience