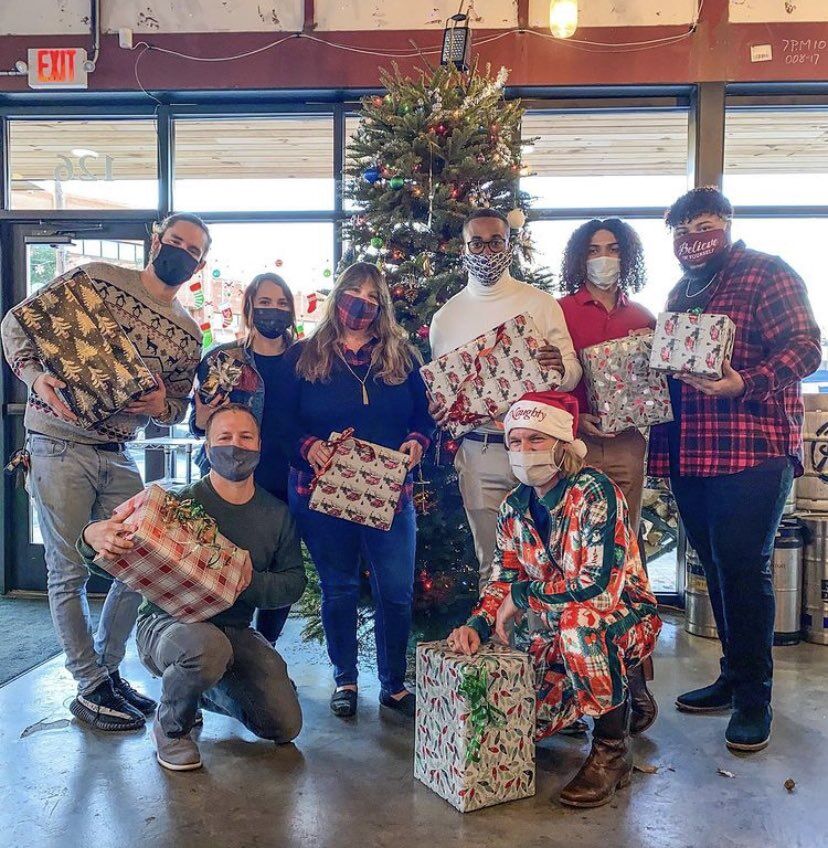 The Industry Bar and Grill Restaurant management team, located at 110 E. Martin Luther King Dr. #126, poses for a photo with The Brunch Club officers with items for a Christmas Toy Drive. 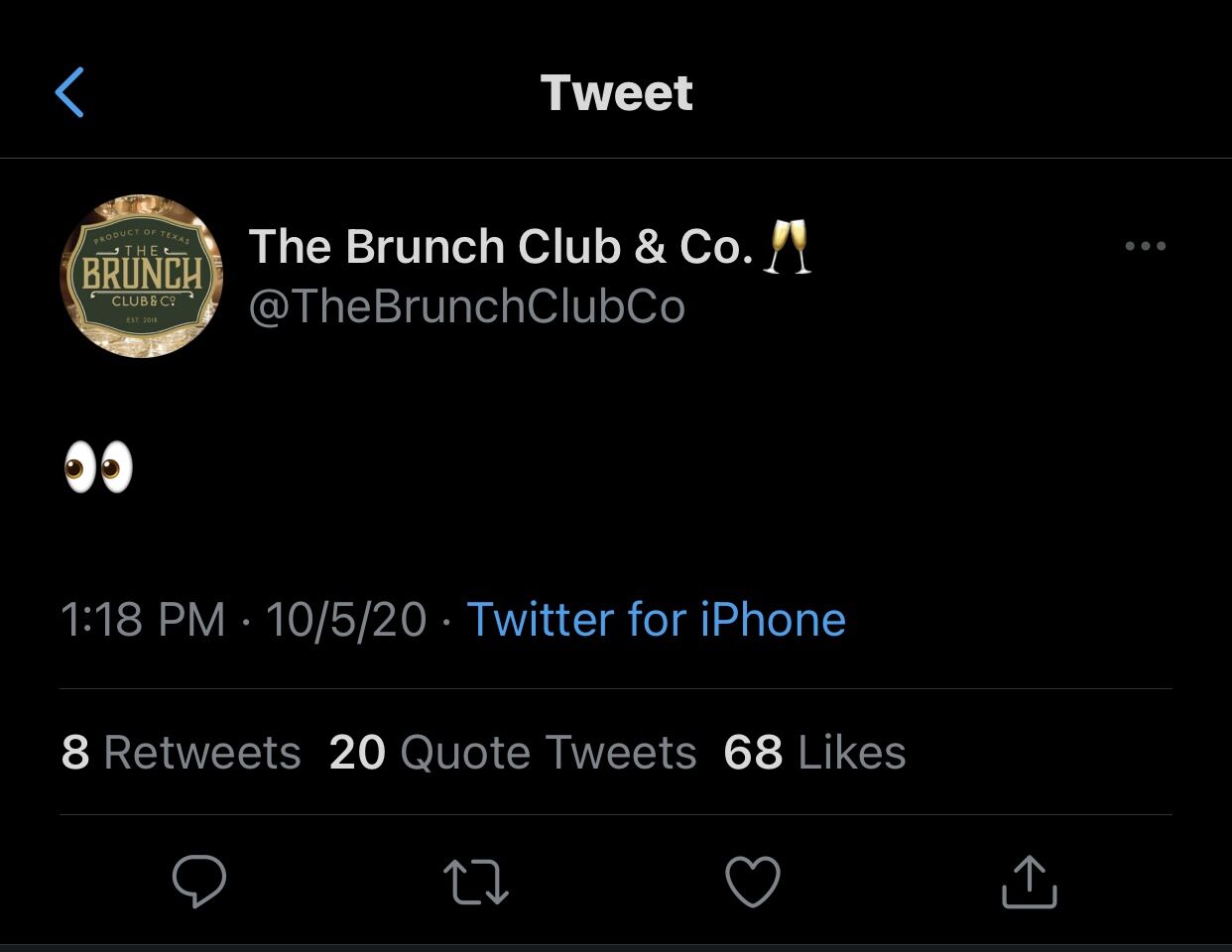 The Brunch Club uses the eyes emoji on Oct. 5 to indicate the announcement of the club's return. 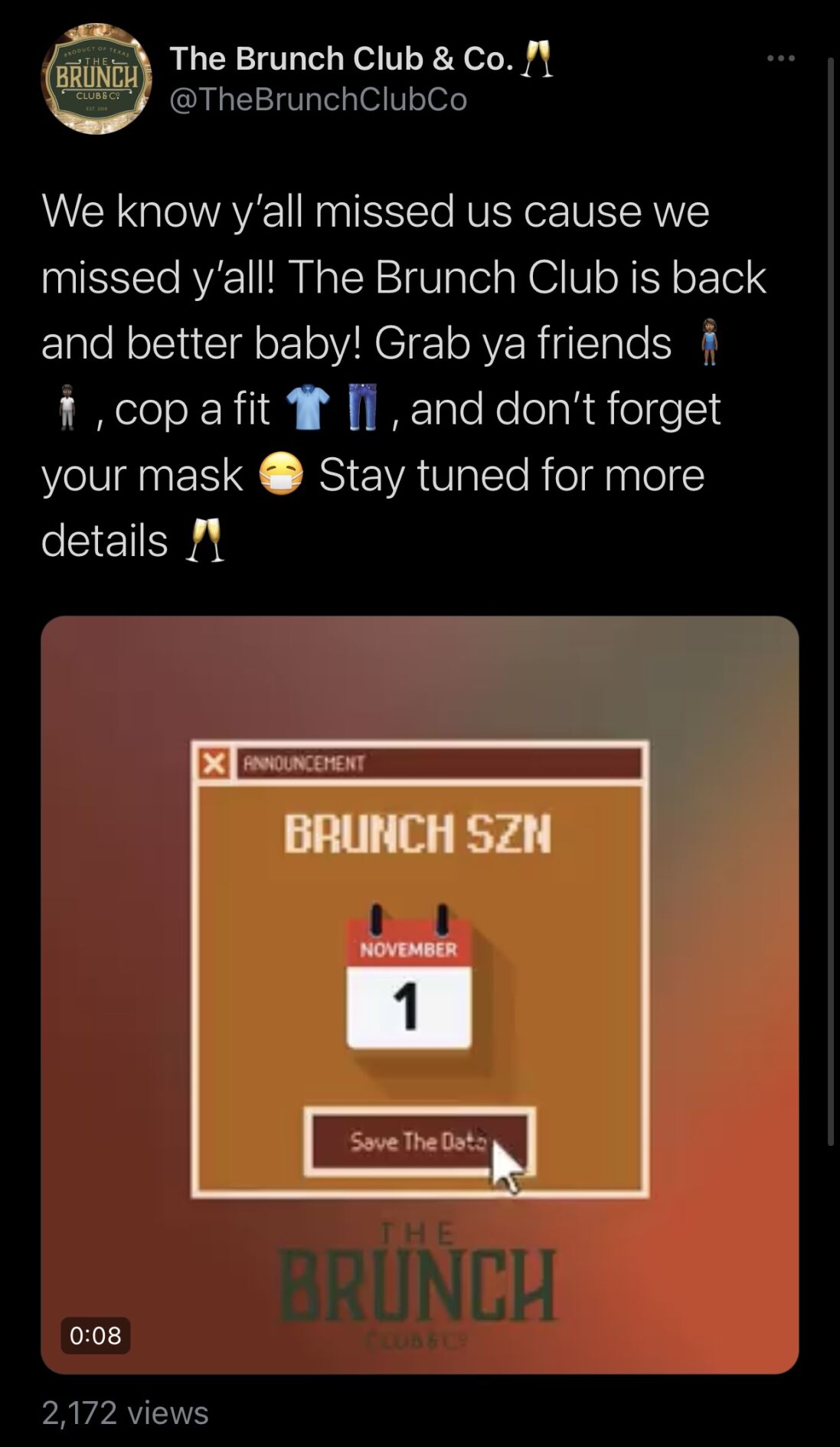 The Brunch Club announces a save the date for their first brunch since the start of COVID-19.

After a 10-month hiatus due to COVID-19, The Brunch Club has rejoined the San Marcos entertainment scene with its "3 G's"— good food, good people and good vibes.

“The Brunch Club is meant so that folks or students in the area could make meaningful connections and network with each other on a level different than parties,” said Marcus McNeil-Baldwin, the club's CEO. “It’s been a slow and steady gradual build, but we started very humbly. We would buy food using our food stamps and just sell tickets to cover some kind of decorations or whatever we’re trying to do, but it definitely was an experience putting it together. It was really something that was needed since it wasn’t happening out here.”

The Brunch Club filled up restaurants and sold out venues before the pandemic. With obstacles brought forth by the ongoing health crisis, the club set out to provide a safe yet refreshing experience for the community, one that consists of disposable masks, hand sanitizers and social distancing.

It hosted a midnight brunch Dec. 5 at Industry Bar and Grill where participants were required to bring a toy for the club's first annual Christmas Toy Drive — an effort put in place to benefit the Boys and Girls Club of San Marcos.

Green says posting teasers on Twitter has given supporters something to look forward to since they were missing events elsewhere due to COVID-19. The Brunch Club's efforts have created a high demand for its events, as witnessed when the club's first round of presale tickets for a Nov. 1 event sold out within an hour, followed by the second round of tickets vanishing in 30 minutes.

“We created a waiver for people to sign just stating the rules and regulations with attending The Brunch Club,” Green said. “We [had the] limited tickets that sold out and a few at the door since we have a bigger, two-story venue in order to hold and spread more people out while making sure we are not reaching capacity.”

Despite the new precautions, McNeil-Baldwin says having The Brunch Club in San Marcos has created a safe space for people of color to enjoy and express themselves unapologetically. He says it is common for people of color to feel like they do not belong or struggle to find a community, especially on large campuses like Texas State.

“The thing about us being people of color is we’re so multifaceted, multidimensional; we’re not just one way to be anything," McNeil-Baldwin said. "But when you can go and create that space like The Brunch Club, you might find somebody that’s an artist or a musician or somebody that has the same major/interest as you by simply sparking up a conversation.”

Johnathan Ashe, a health science senior, began his involvement with The Brunch Club after attending a Mardi Gras brunch earlier this year. He says The Brunch Club's latest efforts were a great way to socialize while still abiding by the Center for Disease Control's (CDC) guidelines.

Ashe says his favorite part of The Brunch Club is witnessing people enjoy themselves outside of a school setting.

“[The Brunch Club] is not just a social thing but also a networking thing because if you know the right people then they’re going to help and support you and get you [to] where you want to go," Ashe said. "At the same time, it is still a really fun event where you can go, and you’re guaranteed to have a good time.”

McNeil-Baldwin says he hopes to one day expand his business to larger cities like Houston, San Antonio or Dallas. But, for now, The Brunch Club's plan is to remain the talk of the Texas State and San Marcos community — even if the words are hard to decipher through face masks and distance.

For more information about The Brunch Club and to stay up-to-date on upcoming events follow it on Twitter.