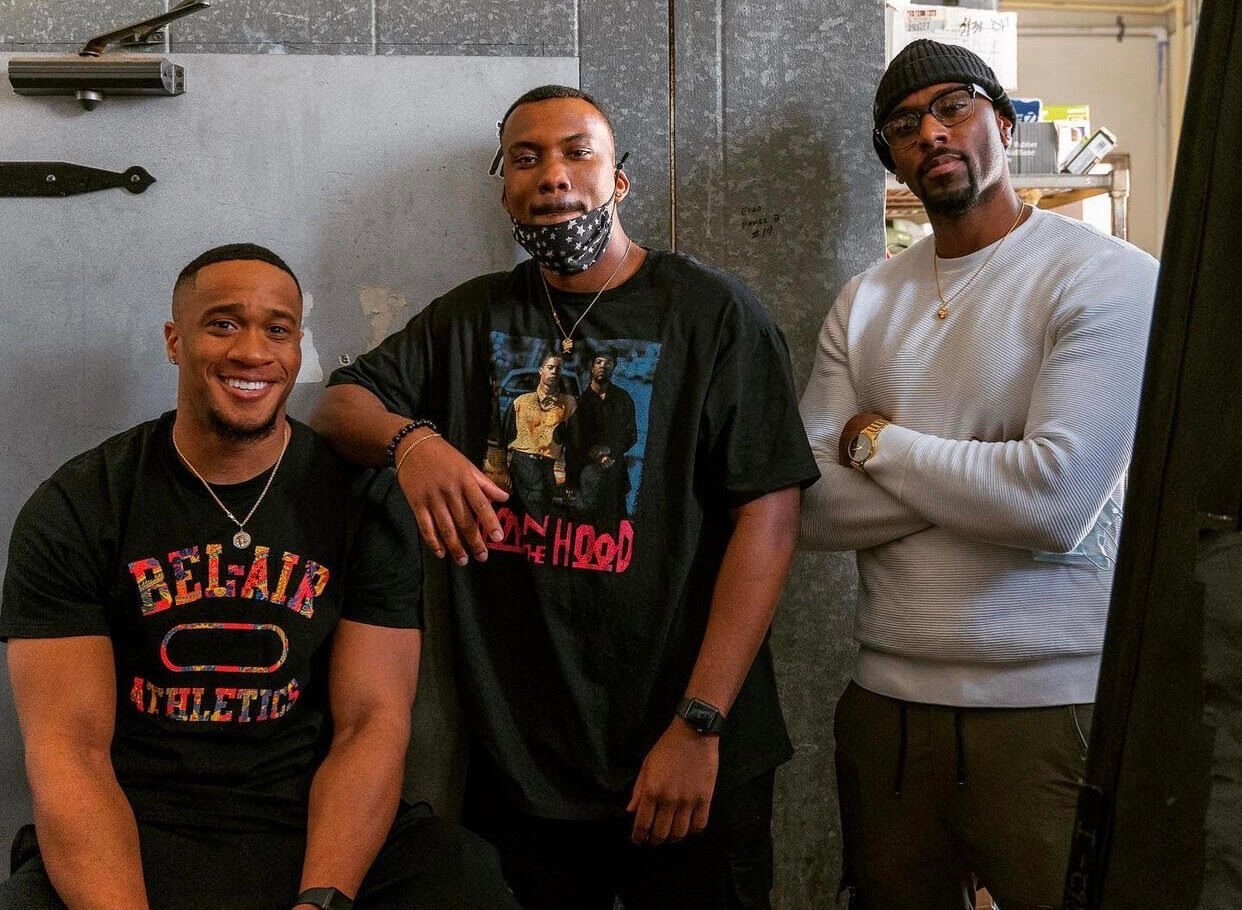 Texas State alumni (from left to right) Collins Uzowulu, Russell Reed and Xavier Alvarado pose for a photo, Tuesday, Jan. 12, 2021, on the set of "Hierarchy". 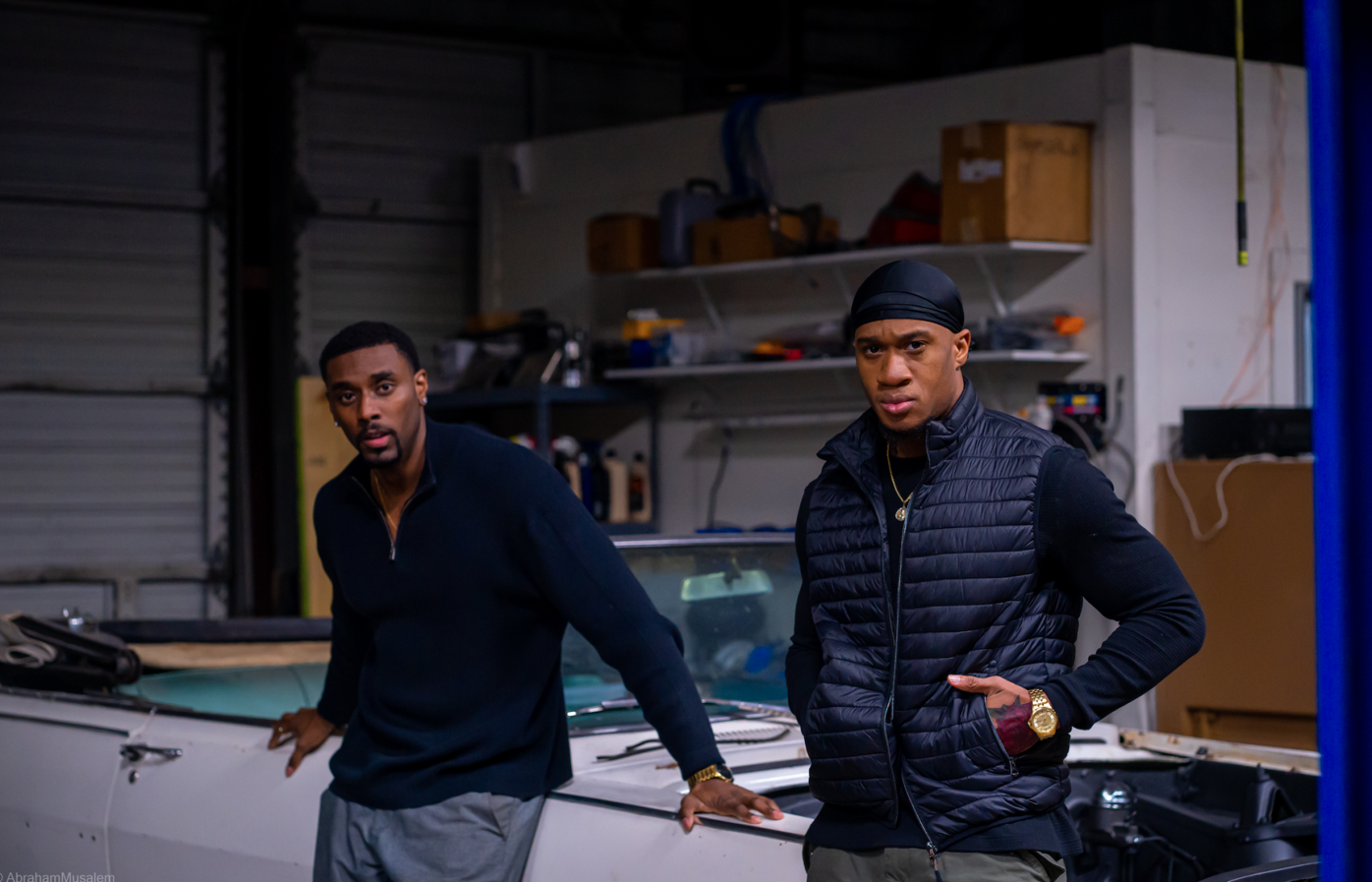 Texas State alumni (from left to right) Xavier Alvarado as Reach and Collins Uzowulu as Stone on the set of "Hierarchy." 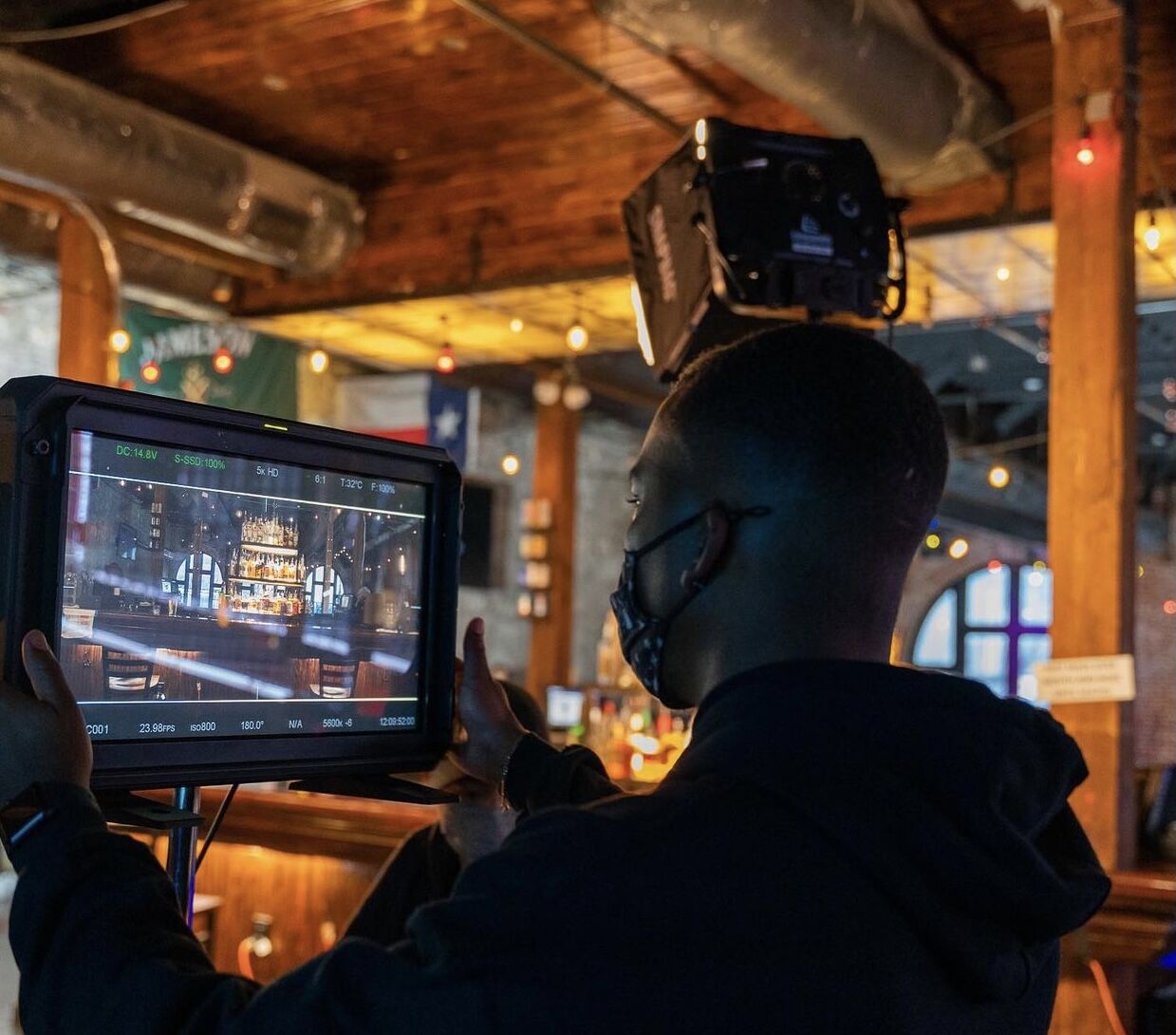 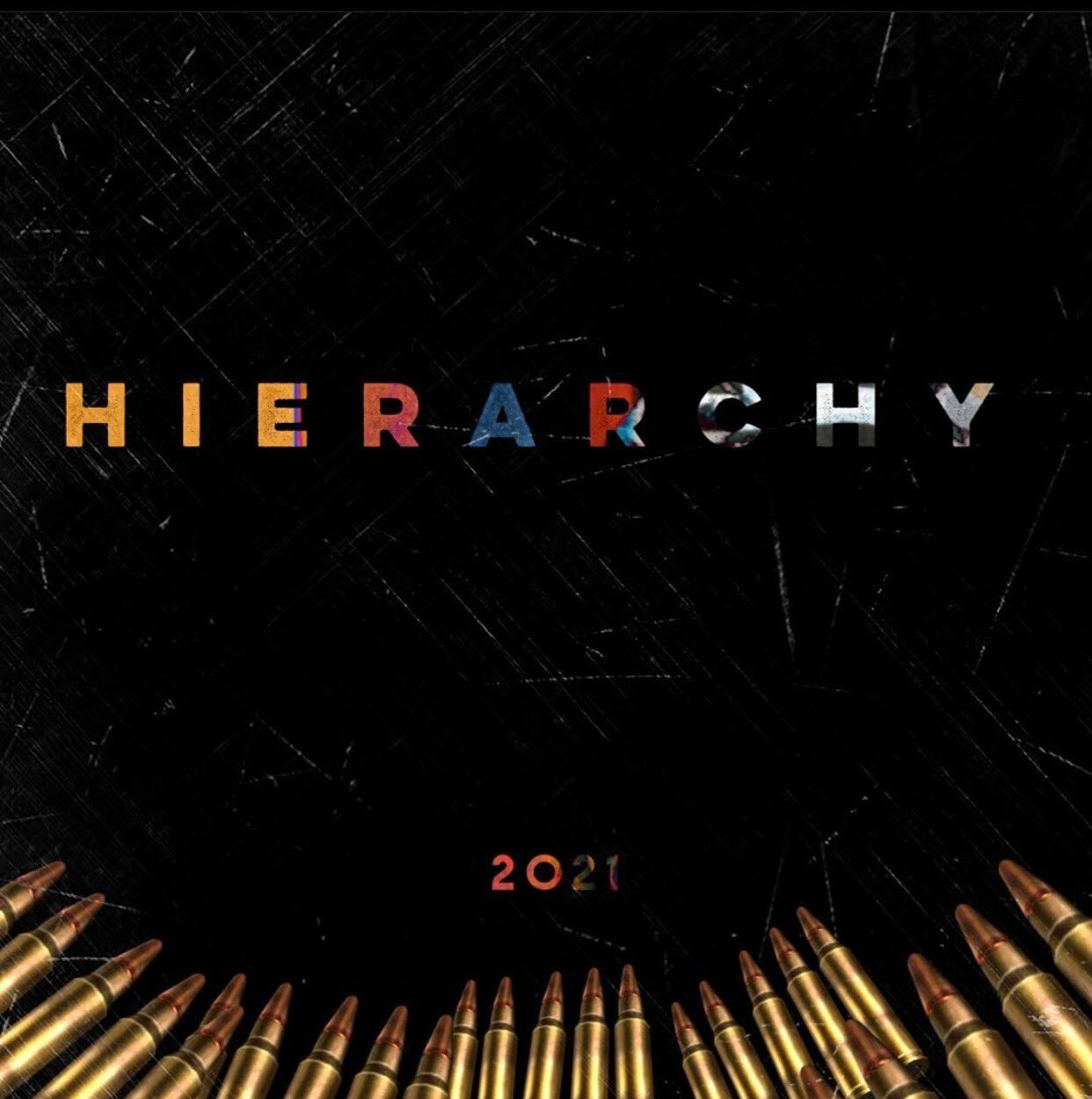 Inspired by the works of Ava DuVernay, Spike Lee, Issa Rae and Jordan Peele, three Texas State alumni are paving the way for filmmakers by highlighting the experiences of Black culture and brotherhood in their new film, "Hierarchy".

The film is a crime drama action story written and produced by alumni Russell Reed, Collins Uzowulu and Xavier Alvarado. United by their shared love of film, they forged a brotherhood that continues to influence their future film aspirations.

“Both [Reed and Uzowulu] are knuckleheads and in a good sense, like we all have our unique qualities that make us a great team,” says Alvarado, producer and actor of older brother Reach in the film “Hierarchy". “Overall, it's been a good journey and is going to continue to be a good journey.”

Despite their differing majors — Reed in business, Uzowulu in engineering and Alzarado in mass communication — all three alumni say Texas State provided a community that fostered valuable connections and instilled their team’s go-getter attitudes.

“[Texas State] had a great community,” Alvarado says. “I definitely saw the importance of community and building a team and friendship, especially with the arts. Everybody's pretty open and willing to work. So that definitely gave me a sense of confidence in being able to ask questions of people.”

Collins Uzowulu, writer, co-director and actor of younger brother Stone in “Hierarchy,” says he primarily based the film on "Four Brothers" directed by the late John Singleton, a renowned Black filmmaker whose action and command of the Black experience in the U.S. influenced Uzowulu to create his own film.

"We are slowly but surely getting more and more recognized as Black creatives in art, and it’s very motivating for young guys like us," Uzowulu says. "There’s been so many people who have paved the way that we can’t forget of course but, at the end of the day, it’s our job to keep that dream going for young Black creatives even after us."

In the 2019 UCLA Hollywood Diversity Report, researchers found that people of color made up only 27.6% of lead actors and 32.7% of all film roles in the film industry. Black people made up only 9% of these film roles compared to white people who made up 77%.

For Alvarado, being a Black filmmaker in an industry that is predominately white is important because it shows they are just as worthy to contribute and tell their stories to a wider audience.

"In the past, there have been many other Black stories told from other ethnicities that may capture our skin, but not the truth in our way of life or culture," Alvarado says. "It's important that we have a say so on how we depict ourselves across all genres [because] proper representation is exciting and inspiring."

"Hierarchy," shot in Austin, takes place in an undisclosed area of Texas after two adoptive brothers become entangled in criminal activity. However, the narrative takes a shift as the brothers are forced to evade law enforcement and the greedy Russian mafia. The story's plot centers on the strength of brotherhood but also the moral ambiguity of class division and its unexpected consequences.

The name “Hierarchy” derives from the complexity of the U.S. class system and how that division affects the brothers' choices and subsequent consequences, according to Alvarado.

Uzowulu had always harbored a love for action films by filmmakers such as Spike Lee, Denzel Washington and Chiwetel Ejiofor. Uzowulu decided if he was ever to star in one, he would have to make it happen himself.

“If there's anything that you want to accomplish, you can just make it happen yourself. You don't have to wait on anybody and anything in this world to make it happen,” Uzowulu says.

Originally a short film, “Hierarchy” is similar to the group’s past projects, such as Reed’s award-winning short film “Baby Nick,” in which Uzowulu plays the main lead and Alvarado plays the rival character.

"Baby Nick" is a film centered on two parallel underground fighters with equal yet varying purposes to fight. The trio is expanding on the success of "Baby Nick" and seeking new heights with “Hierarchy,” which is the longest project they have worked on to date.

“We were not tired of making short films, but we told ourselves, you know, let's challenge ourselves and make a whole movie,” Uzowulu says.

The camaraderie between the filmmakers will feed into the on-screen relationship between brothers Reach and Stone as well as the major themes of kinship woven into the action flick.

“Hierarchy” will be available in April 2022. Updates on “Hierarchy” and other future film projects can be found on its production YouTube channel ViLITE or Instagram @sabiproductions.

Cristela Jones contributed to this story.