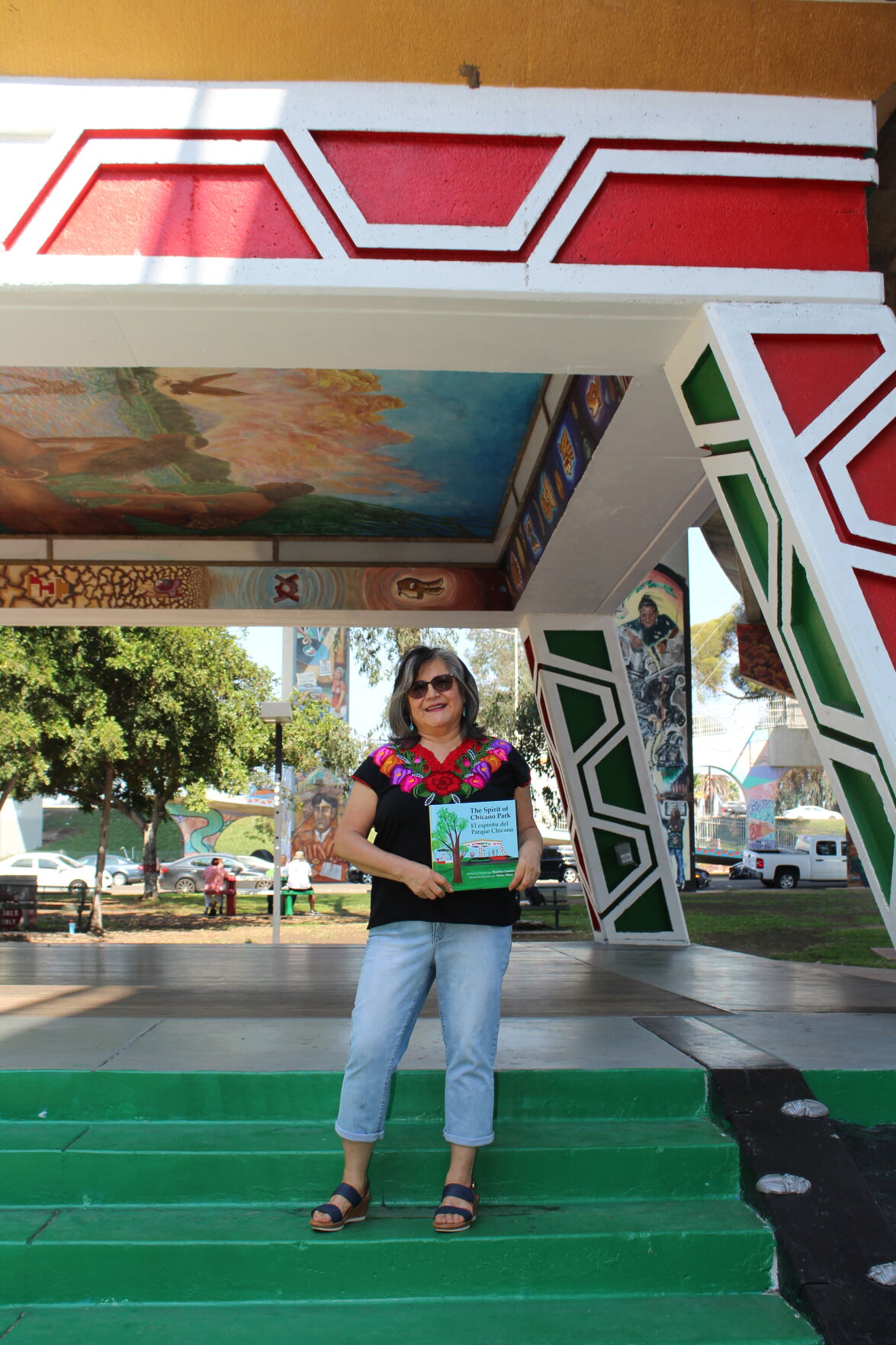 Author Beatrice Zamora poses with her book 'The Spirit of Chicano Park,' at the national landmark, located in Logan Heights, San Diego. 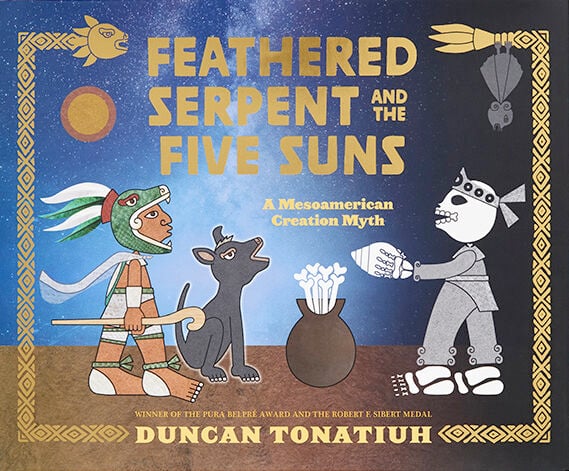 Author and illustrator Duncan Tonatiuh receives the Tomás Rivera Book Award for the fifth time, with his latest children's book 'Feathered Serpent and the Five Suns.' 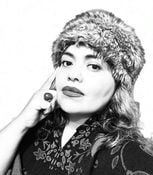 Author Sonia Gutiérrez poses in a black and white film.

The award is named after Tomás Rivera, Texas State's first Mexican American Distinguished Alumnus. Established in 1995 by the College of Education, the award seeks to celebrate authors and illustrators across the country who are dedicated to showcasing Mexican American values and culture.

Author and illustrator Duncan Tonatiuh won the award based on his latest book, "Feathered Serpent and the Five Suns: A Mesoamerican Creation Myth." The book was inspired by Mexico’s pre-Columbian myths and shares the legend of the Quetzalcóatl—the Feathered Serpent, a deity who embarks on the journey to create humankind.

By revealing the tales of pre-Columbian legends through his books, Tonatiuh says he hopes to educate Mexican American children on mythologies within their own culture, serving as a reflection of their identity and heritage.

“I think kids will be curious and want to learn,” Tonatiuh says. “I think we’re so used to hearing about the Greek heroes, the Greek gods and other mythologies. But also discovering that there are mythologies in other parts of the world and kind of maybe connecting to some of that.”

After moving to the U.S. from Mexico at 15, Tonatiuh relied on his love for writing and illustrating to find comfort when he missed his childhood home.

Now having written and illustrated 10 books and receiving numerous awards, Tonatiuh says he hopes his books provide a sense of familiarity and encourage children to embrace their culture.

“I think when students see themselves in books it just lets them know their experiences, voices [and] culture is important,” Tonatiuh says. “One thing I think is sometimes immigrants or minorities in the U.S. feel they need to assimilate to be a good American, but I think it’s quite the opposite. Rather, I think it shouldn’t be something kids or students should be ashamed of, I think it’s something that they should be proud of.”

For Sonia Gutiérrez, another 2021 recipient of the Tomás Rivera Award and author of "Dreaming with Mariposas," the award is a great honor. She views the prize as a way to increase awareness of Latino bigotry, Mexican immigration and social injustice.

"It gets me teary,” Gutiérrez says. “I’m so proud of all the hard work and Tomás Rivera’s spirit in my writing. It’s an honor, a humbling experience [and] it gives me great pride to represent a group of people that have been demonized and targeted by anti-immigration rhetoric.”

"Dreaming with Mariposas" delineates the story of the Martínez's family through the eyes of transboundary Sofía “Chofi” Martínez. Witnessing institutional racism, sexual harassment and colorism, Sofía learns to navigate her dreams as she discovers her superpower: The strength of her Mexican Indigenous heritage and the spirit world.

Gutiérrez also displays sexual harassment and alcoholism within her novel. She says she hopes as her character, Sofía, overcomes the odds of domestic violence, she can shine a light on women's empowerment for future generations.

“I needed to create a character that could show the way and inspire young women,” Gutiérrez says. “I also juxtapose the generation of women that had to deal with domestic violence and being tied to the domestic sphere. Yes, this book is for young women, but I also wanted to show young men, young readers the toxicity of masculinity. The drinking [and] the violence against a woman's body, it's definitely a book that I created to speak to the next generations.”

Pouring their hearts into their books, the Tomás Rivera recipients say they are glad to see their efforts come full circle as they share the capability of the Mexican American community.

Social injustice activist and author of "The Spirit of Chicano Park/El espíritu del Parque Chicano," Beatrice Zamora was inspired to create her book just in time for the 50th anniversary of Chicano Park located in San Diego.

Zamora shares the story of Bettie and Bonky, new residents of the historical Barrio Logan, who discover the magical park. With the help of a mystical "señora," they travel through a historical journey, showing the community’s struggle to build a park and learn the true history of Chicano Park.

“The park has become a symbol for self-determination and for cultural preservation,” Zamora says. “People come from all over the place just to see the park. In 2016, it was actually named a national historic landmark, and so I felt it was important to capture this history for children, especially. To understand that they matter and they have a voice, [so] they can take action to make their neighborhoods beautiful, to preserve their culture and to live in this country as full participants.”

In an effort to stay true to the history of Chicano Park, Zamora and her husband, Mario E. Aguilar, formed their own publication, Tolteca Press, to preserve Chicano cultural through bilingual books.

Zamora says bilingual books are important for Mexican American children, so they may see themselves reflected in the books they read, the history they study and the world they live in.

“I hope that children take from the book that they matter,” Zamora says. “That their voice matters, they are important to the world we live in and their culture is beautiful. I hope that parents realize that the education of their children is important and if they see something that brings them displeasure in their community that [they] should look into it, that they should take action."

"I would hope that educators understand that it's important to have diverse voices, to have a broader perspective on the fact that people of color matter in this country. It’s what this country was founded upon, so diversity is important.”

For more information on the Tomás Rivera Book Award visit its website.