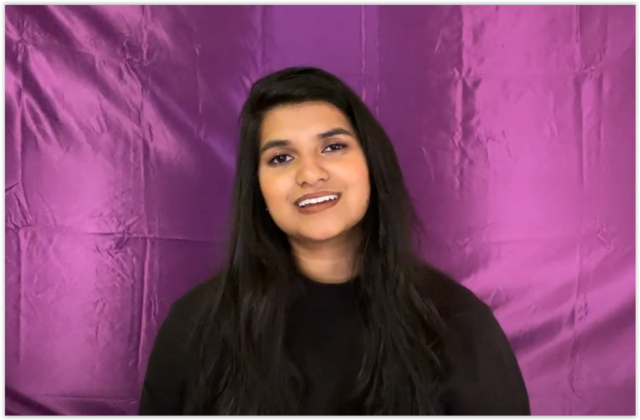 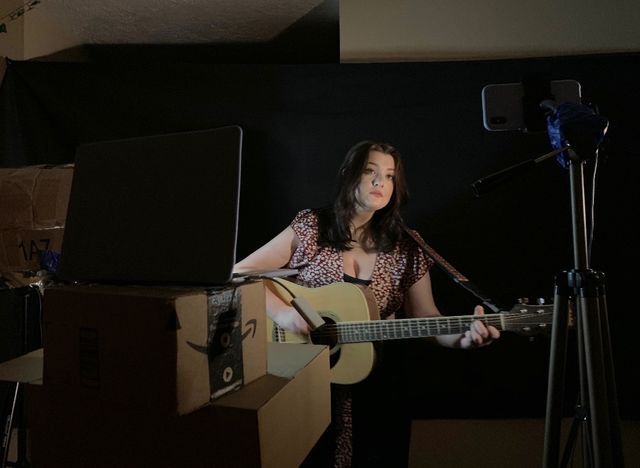 Camille Duvall, a musical theater senior, films from her at-home makeshift studio for the Department of Theater and Dance production of 'A Piece of My Heart'. 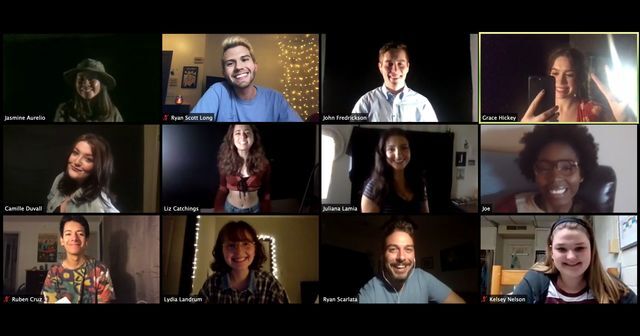 Cast and crew of 'A Piece of My Heart' Zoom into their final full-cast rehearsal Thursday, Oct. 1, 2020. The show will be available on-demand online at the Department of Theater and Dance's box office page from Oct. 19-25.

Connected by a network of tangled ethernet cords and 13-inch glass computer screens, students and faculty from the Department of Theater and Dance are making history this year, conquering the constraints of distanced reality to produce a fully-virtual performance season.

“The goal has been to create lots of amazing opportunities for designers, actors, directors, technicians, playwrights, stage managers, producers, filmmakers and educators,” Deb Alley, professor and former department chair, wrote in a heartfelt note to her students. “What they've imagined is a season that will stretch our creativity and challenge us to think in new ways.”

With a season comprising of two Zoom readings, a radio play, two pre-recorded plays and a digital interactive show, students and faculty alike will have a plethora of opportunities this semester, even while forced to work online.

"I’m really trying to do my best to enjoy the system that we have,” said Caylin Salinas, a technical production senior. “It’s like, this is what it is, and it’s not the worst thing—we could be doing no show. I’d rather be doing this than doing nothing.”

Salinas is the production stage manager for a show this year where her duties as a virtual stage manager differ from the traditional expectations in a 200-seat studio theater. With less hands-on preparation before rehearsal and a lack of light cues, Salinas can focus on other aspects of stage management, which she thinks will apply to the future.

“This is a different kind of learning experience than I would be getting, but it’s still a valuable one," she said. “I mean, who knows how much longer things are going to be like this, so there might be more projects I do like this.”

'Love and Information,' the department’s second Zoom play, seems to work well via Zoom, according to Devon Khalsa, a sophomore acting major.

“Each play is a different story, and we can be in a different virtual setting with each story,” Khalsa said.

Like Khalsa’s ability to switch locations with virtual backgrounds throughout her Zoom performance, some shows, such as 'A Piece of my Heart', film scenes in-advance from the screenings to allow cast members to move between various physical settings throughout the show.

Juliana Lamia, a musical theater senior, compares her experience in 'A Piece of My Heart' to that of a movie.

“It’s almost like a theatrical script put into a film set,” she said. “The nice thing we have with Zoom is that we’ll do a take, and then we’ll just adjust and try something different because the way that the camera captures something makes everything look different.”

The cast and crew of 'LoveWave 2020', Texas State’s first interactive digital theater experience, also understand the importance of adjustment and trying something new.

“How we started initially was just by throwing paint on the wall and just kind of figuring out what worked collectively as an entire cast,” said Manali Sunkara, an acting sophomore who serves as an actress and producer on the project.

Currently living at home in Georgia, she is far away from her cast and crew, most of whom are based in San Marcos. However, she keeps a positive outlook on the virtual experience due to the collaborative nature of the project.

“As a virtual project, it just feels right to be doing rehearsals through Zoom,” Sunkara said. “I think we’re making the best of the situation, and Zoom has been a really good platform for us to all communicate and get together.”

Despite Sunkara’s positivity, other cast and crew members struggle with fostering connections through Zoom, separated by countless walls and miles between them.

Ryan Scott Long, a performance and production sophomore and sound designer for 'A Piece of My Heart', wishes to be face-to-face with his cast.

“The biggest drawback is not being able to be there with the cast,” he said. “A lot of our cast all live in the same building, and whenever we pass each other in the hallways, we always say we wish we could be together in-person.”

Khalsa agrees with Long and says one of the biggest drawbacks of a virtual season is the lack of connection with castmates.

"There's a certain energy in the room that you just can't feel over Zoom," Khalsa said.

However, next semester it seems Long and Khalsa’s dreams will finally be fulfilled. On Oct. 5 students received an email detailing the department's plans for the spring semester, which include hosting seven shows on-campus. It was news that sent waves of excitement and nerves through students and faculty alike.

“I am personally really excited about the idea of shows being in person next semester,” Lamia said. “I know the theater department is taking all of the necessary precautions to keep the students safe, and, as a senior, I would love the opportunity to be back in the room with collaborators to create the live theater we know and love one last time.”

For more information on the Department of Theater and Dance's fall 2020 season, and for show dates and times, visit the box office home page.

Texas State moved all residents out of Sterry Hall to utilize the building for quarantined students identified as close contacts to positive COVID-19 cases, the Department of Residential Life told The University Star on Oct. 23.

The Texas Department of State Health Services implemented a new reporting system that caused the Hays County Local Health Department to add 22 new COVID-19 fatalities to its records Oct. 23. The total number of fatalities in the county is now 86.

Opinion: Apartments in San Marcos should not have dog breed restrictions

Getting an apartment in a college town has its benefits, but it also comes with some disadvantages for people with pets that are deemed aggressive.