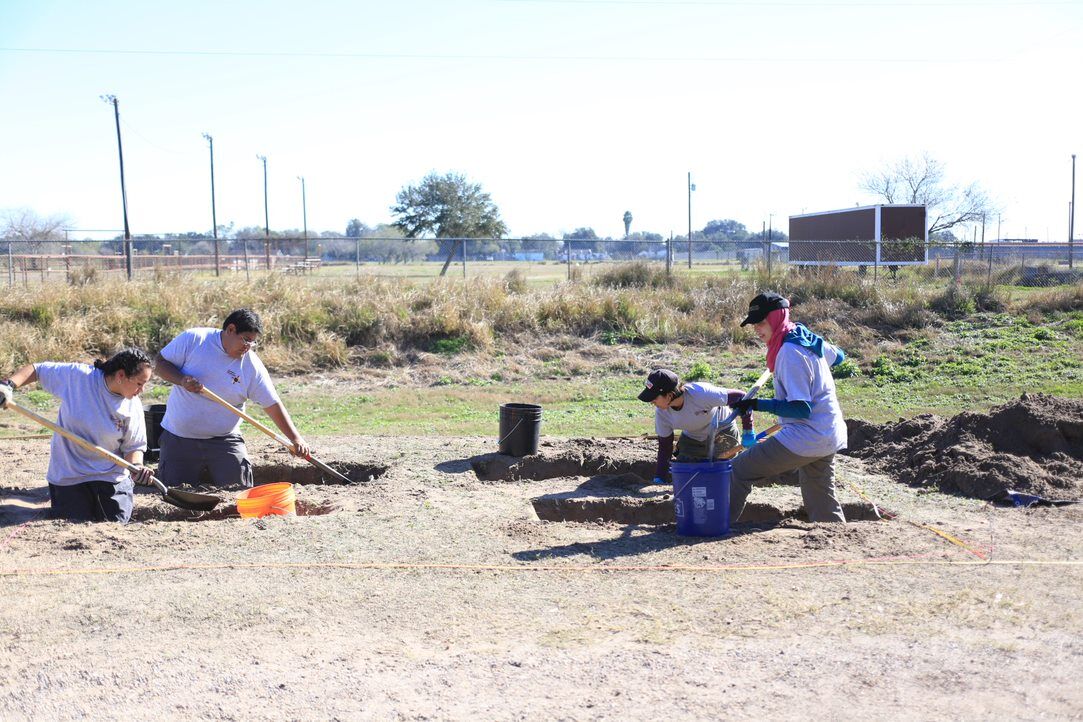 A team of anthropologists performs the excavation of four individuals in January 2019 at Sacred Heart Burial Park in Falfurrias, Texas. 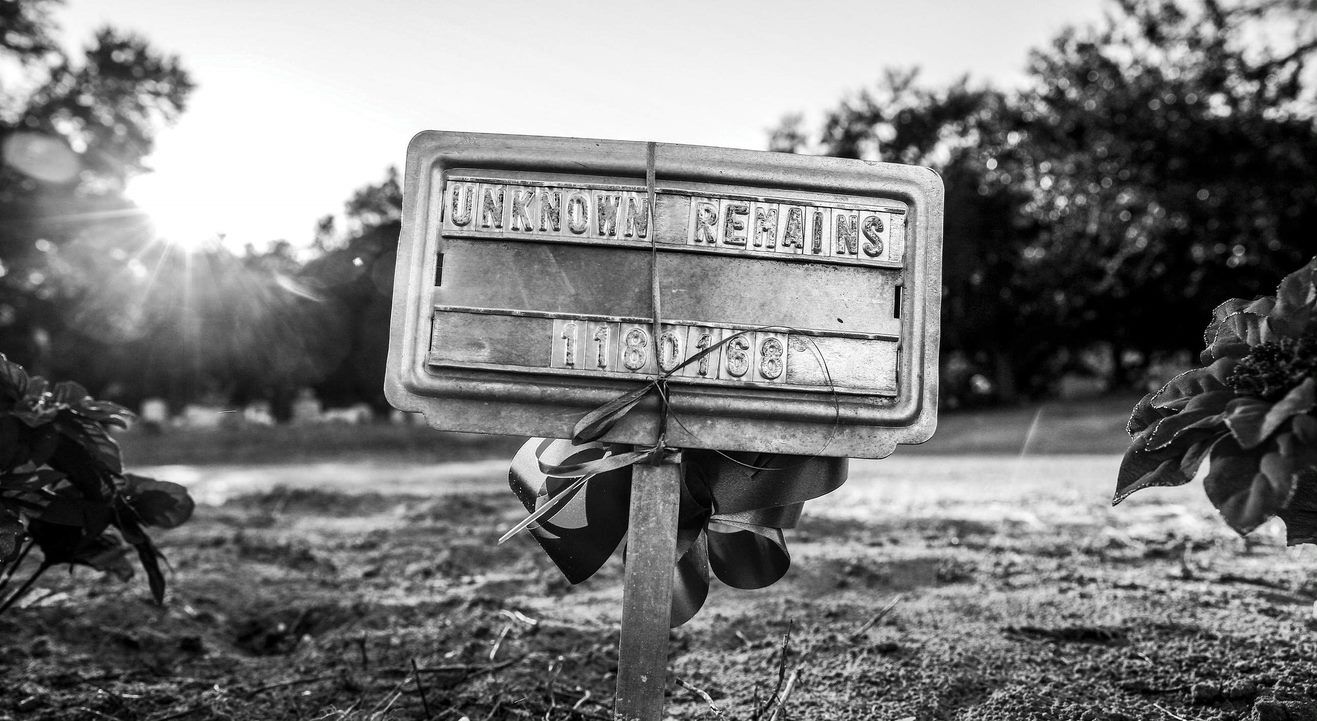 When individuals are unable to be identified based on their remains, their burial place receives a marker like this one at Sacred Heart Burial Park in Falfurrias, Texas. 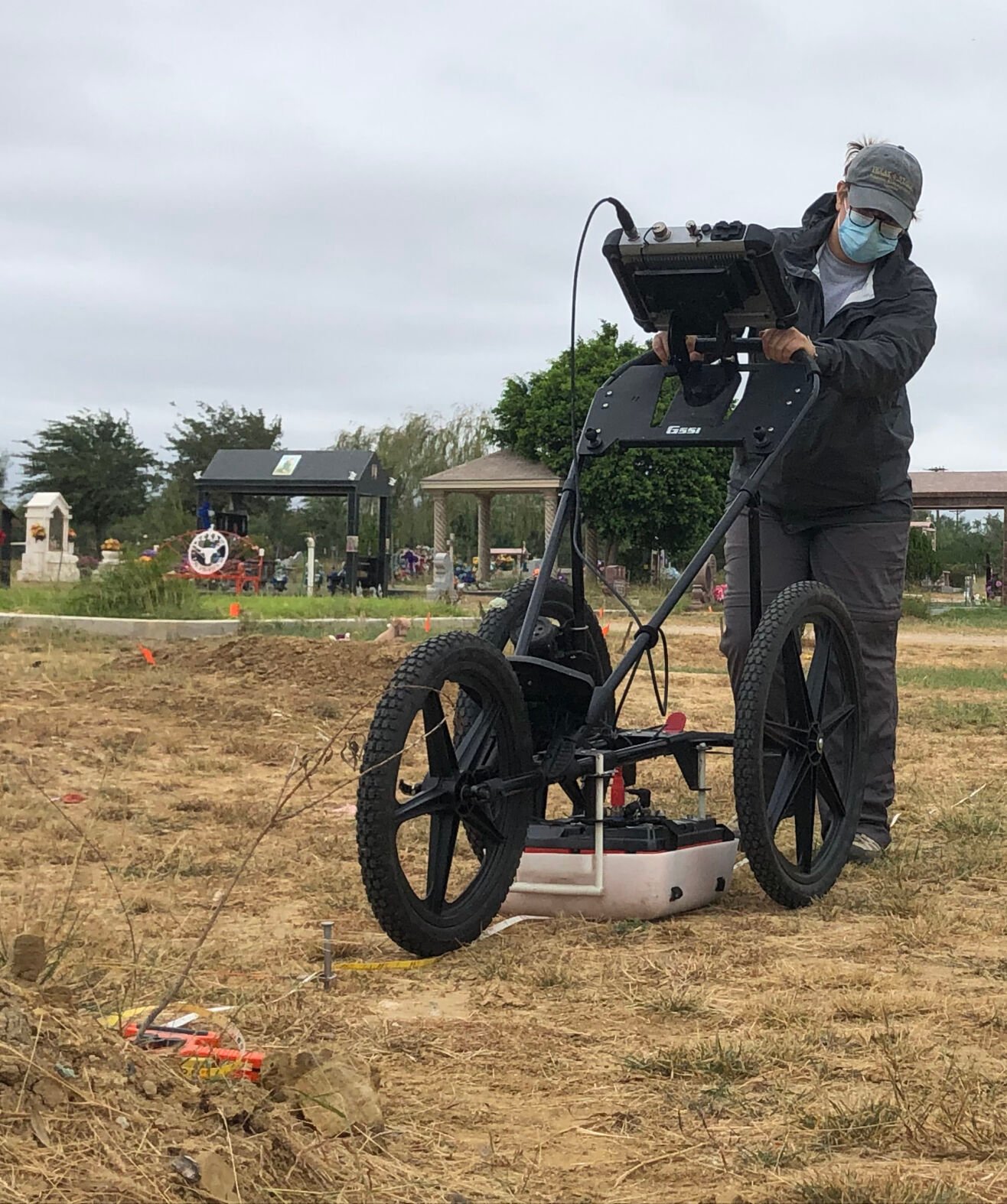 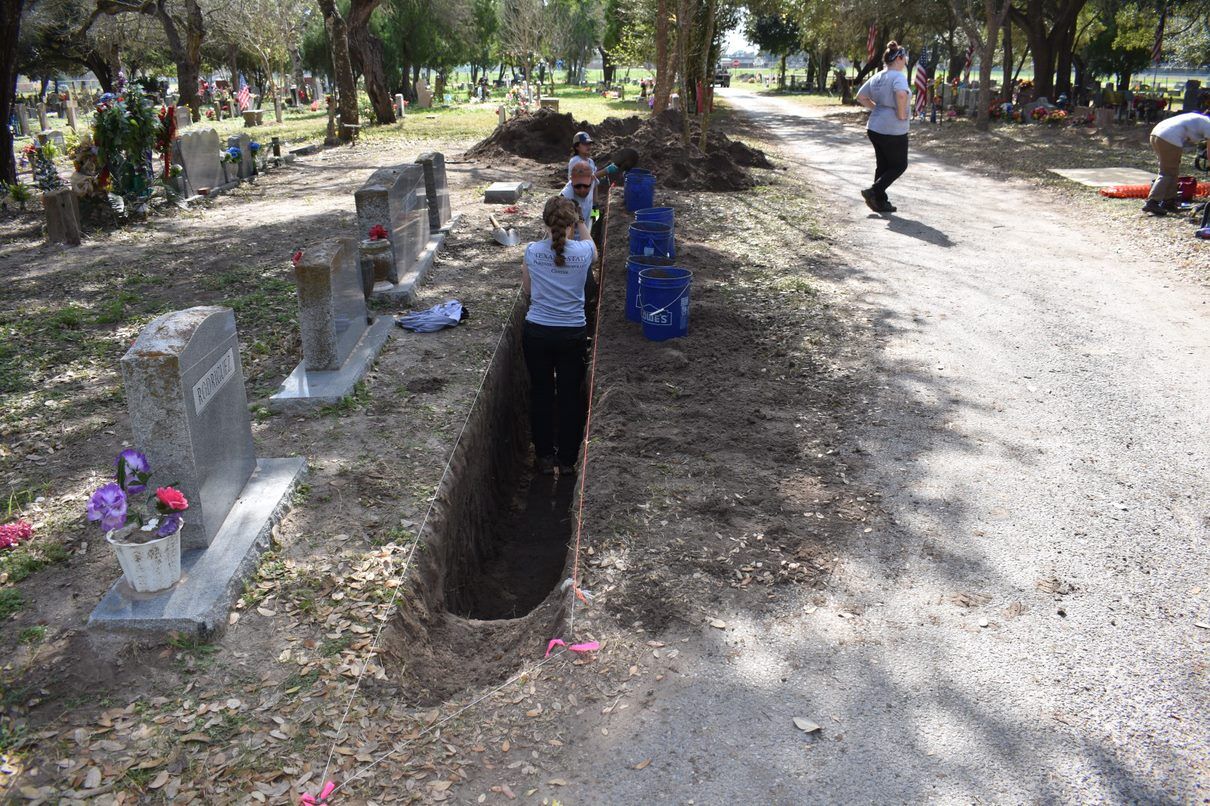 The Operation Identification team works to locate the remains of three people at Sacred Heart Burial Park, during January 2019 in Falfurrias, Texas.

Every year, hundreds of Central and South American migrants risk their lives in pursuit of entry into the U.S. for a better life. Crossing often means trying to survive punishing heat, miles of desert, unknown waters and dangerous predators. Some end up successful, while others, just miles short of their dreams, are cut short.

Elmer, an El Salvadorian migrant, was one of many who died trying. Dr. Kate Spradley, a professor of anthropology and director of Operation Identification at Texas State, still remembers the first time she heard his story, which led to her team devoting the past eight years to locating, identifying and repatriating the remains of migrants who have died near the South Texas border.

When Elmer's aunt, who was living in Houston, was notified of his death, she went down to the sheriff’s office in Falfurrias to identify him. She looked at picture after picture of unidentified remains, compiled in what is called "death books," when she discovered her 21-year-old nephew lying face down and bloated.

“[She] figured out that he was buried at this cemetery in Brooks County, but the funeral home said they wanted $3,000 to exhume the body. DNA was going to cost several thousand dollars, and they were going to require $100 a day to store the remains until he was identified and sent back home,” Spradley says. “Who can afford that?"

The Argentine Forensic Anthropology Team, a nonprofit organization working to locate and identify remains using forensic anthropology techniques, heard about Elmer’s aunt and offered to pay for the DNA analysis. Spradley, her colleagues and her students offered to exhume Elmer’s body for free.

Still, even with people stepping in to help, it was not enough. When Elmer’s aunt went to the funeral home to finally get her nephew back so he could be laid to rest in his home country, she was informed that the funeral home did not know where they had buried him.

The tragedy of the story immediately spurred Spradley into action.

“Through that one particular situation, I said, ‘Oh, this is a problem. This is our situation in Texas,’” Spradley says. “That was really the impetus. We’ve got to do something here.”

It struck Spradley that Elmer’s story was only one example of countless other migrants pushed aside in the forensic system because of their legal status. From there, Operation Identification was born.

The work of identifying human remains bears a striking resemblance to detective work. Often, Spradley and her team of anthropology students do not have much more than a skeleton to go off of. If they are lucky, there might be personal effects.

Otherwise, they have to rely on strategies like interviewing informants in the community, scouring through scarce law enforcement records, digging up unmarked graves, gathering DNA samples and trying to learn as much as possible about a person based on their bones.

Deputy Don White has worked search and recovery for the Brooks County Sheriff’s Office for the past six years. Prior to that, he spent two decades working on a dive recovery team and seven years in the army. Consequently, White is no stranger to encountering human remains. He says at this point, he would be afraid to keep track of how many bodies he has handled.

It is only fitting then, that when he happened to stumble upon Spradley and her students in a Falfurrias cemetery several years ago, he would become a natural addition to the team.

“It was a learning experience for me because when it comes to anatomy, I’m a layman,” White says. “Being around them, I was always learning about anatomy. It was interesting to help them.”

Anatomy is an essential piece in the puzzle Operation Identification is constantly trying to solve. Courtney Siegert, a biological anthropology doctoral candidate, has been involved with the project for the past four years and says a person's bones are full of information.

Once remains are brought to Texas State’s labs, teams of anthropologists can determine a person’s age, sex, population affinity, history of trauma and circumstances of burial, just to name a few.

“It’s amazing. That’s the thing that got me interested in this field, to begin with, not only the idea of learning about the past through the skeleton but how much you can actually learn,” Siegert says. “There’s nothing left of you when you die outside of your skeleton, it’s like a book. It’s fascinating.”

Still, even as interesting as the process can be, nothing can distract from how emotional it is. Siegert says she cannot help but see the bigger picture when dealing with hundreds of once hopeful, deceased migrants.

“Our immigration system is broken. Especially seeing young kids and people that risk their lives to come here even though they know the danger and they know there’s a chance they won’t make it. The fact that they’re still coming, there’s a reason,” Siegert says. “That has been really eye-opening.”

White, with all of his years of experience with death, is not immune to the emotional weight of the work.

“I know from the diving world [and] all the recoveries there, if you become too close to the victim, then it starts affecting how you do your job,” White says. “So you always try to maintain this emotional distance, but sometimes something will make a connection with you and then you start feeling the remorse and the sadness. Sometimes it'll grab you for a minute, and you have to relax and step back and breathe some fresh air. Then you can go back and do your thing.”

After all, the 300 remains processed by Operation Identification were all people. They were people with families, histories and deeply personal reasons for leaving their homes behind in pursuit of a different life across the border. They are people who died trying to cross nearly 30 miles of desert on foot.

The human element is not just something Spradley and her team try not to lose sight of. It is their entire motivation.

Spradley emphasizes that her work would be impossible without the dedication of the undergraduate and graduate students who volunteer hours of their time to this cause. She encourages anyone interested in learning more about the project to watch the feature documentary, "Missing in Brooks County."