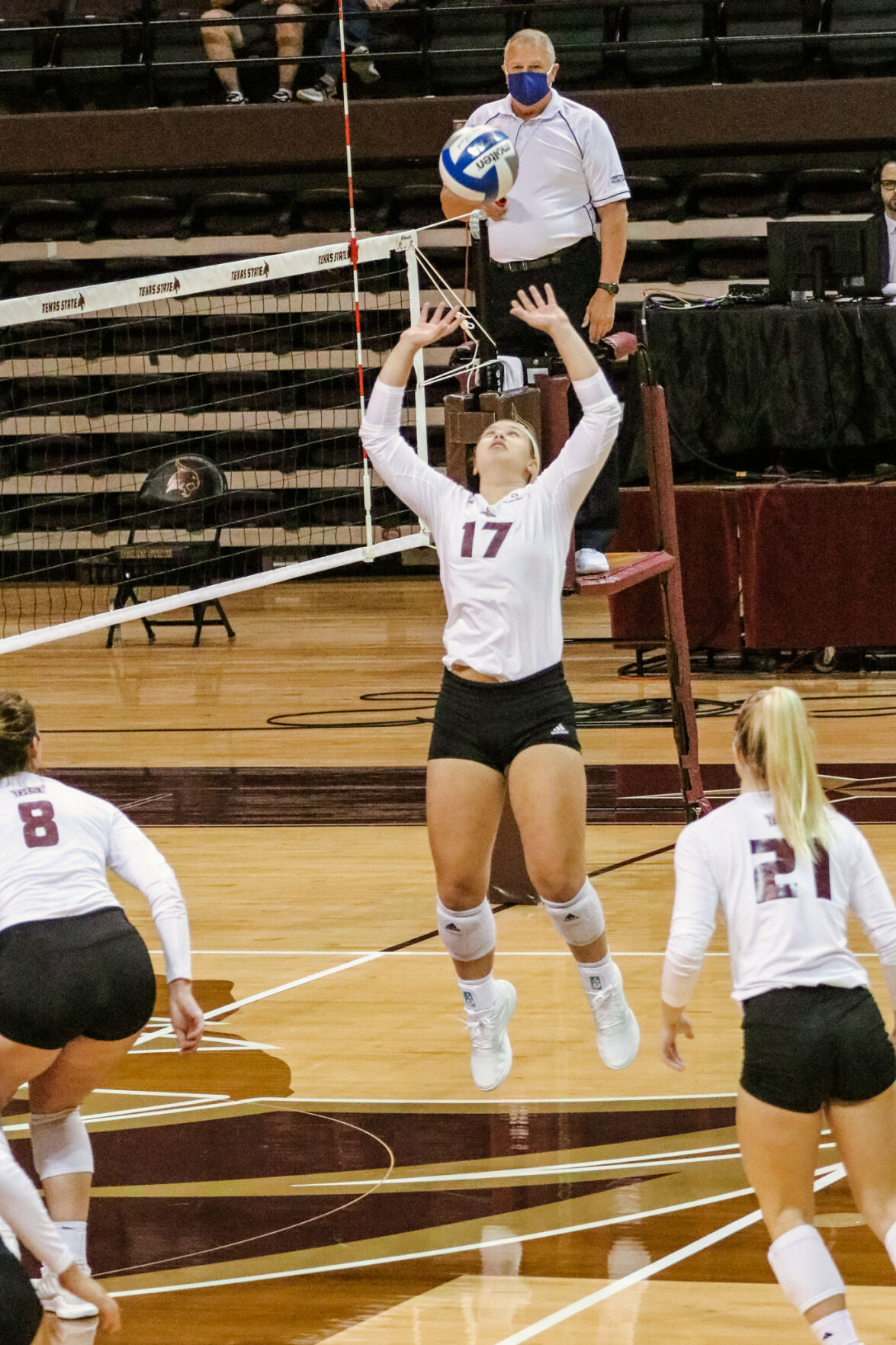 Texas State junior setter Emily DeWalt (17) jumps to set the ball to an incoming teammate during the first set of a game against the University of Texas at Arlington, Friday, Nov. 13, 2020, at Strahan Arena. The Bobcats swept the Mavericks 3-0. 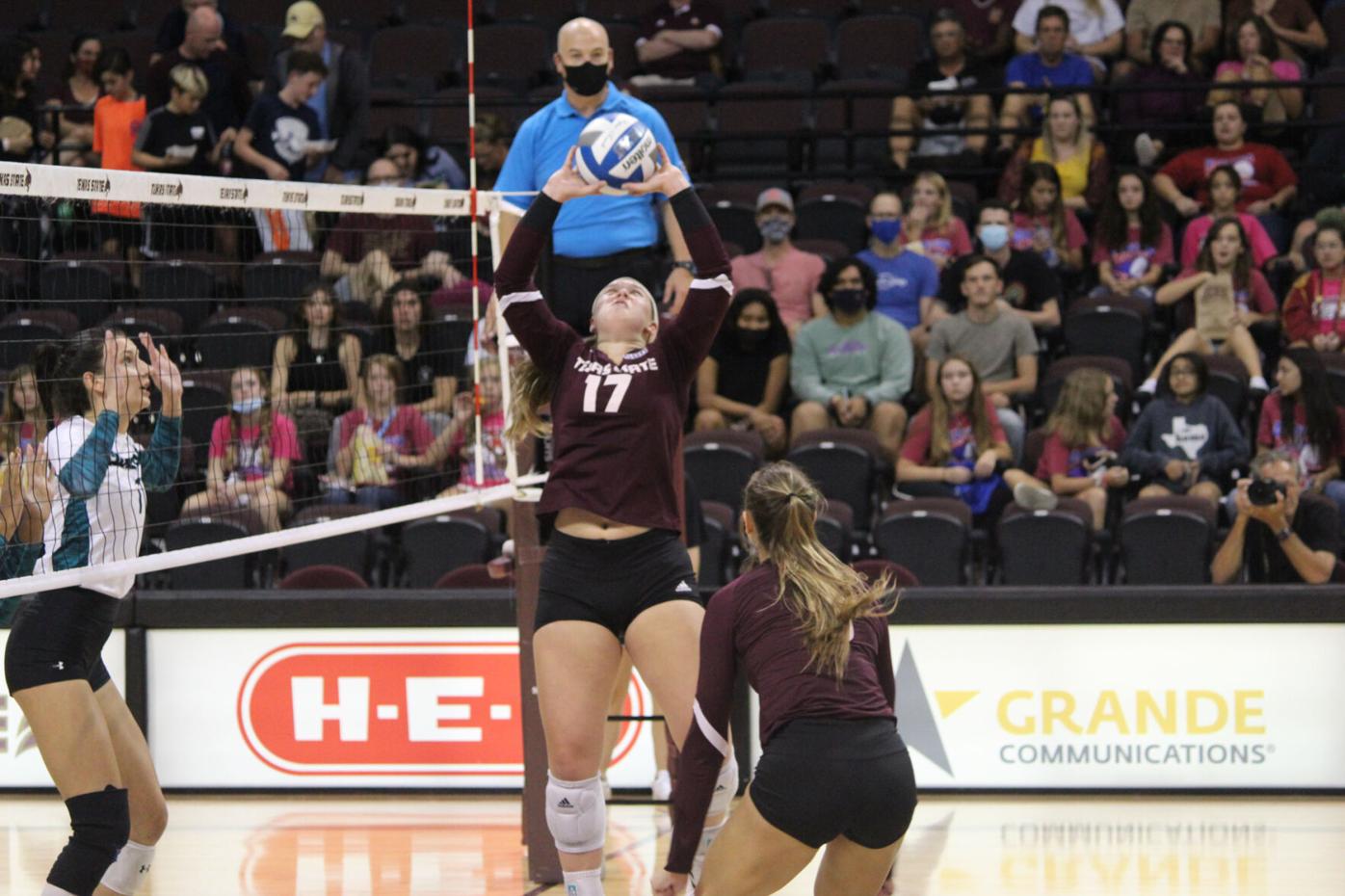 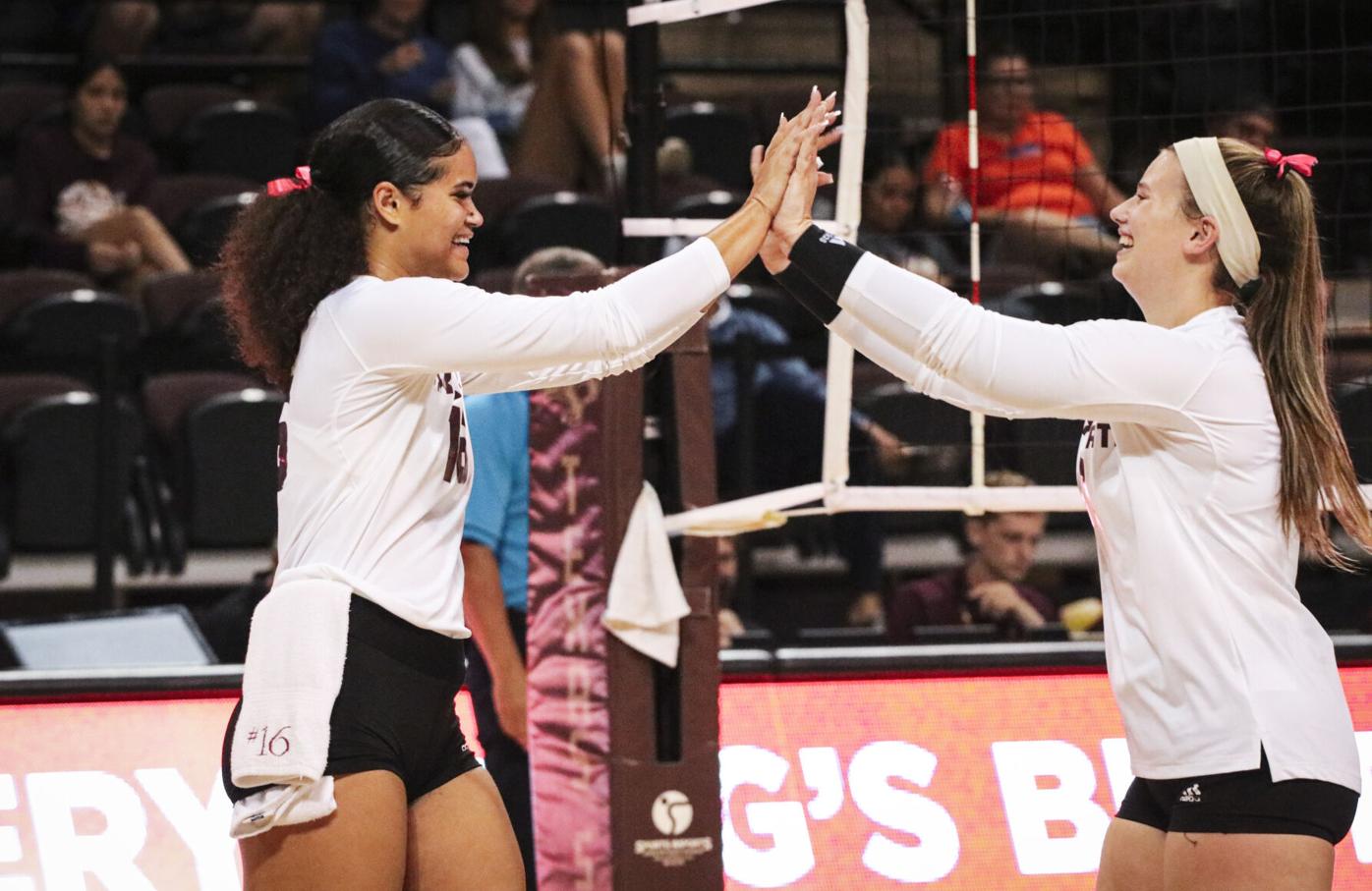 DeWalt, who graduated in December with a degree in exercise and sports science, was recognized as the Sun Belt Conference Setter of the Week 18 times throughout her collegiate career, an accomplishment no other player in conference history has earned. Additionally, she is the single athlete in Texas State volleyball history to be named a Division I American Volleyball Coaches Association (AVCA) All-American.

“I feel very, very blessed. I know that all of this would not have happened without my teammates and the people that have been here since obviously when this started back my freshman year,” DeWalt said. "So, starting with all my teammates back from when I was a freshman to now they really helped me just push to be a better player and person."

Along with her successes this season, DeWalt reaggravated a shoulder injury from last season, but that didn't stop her from being a supportive teammate. She said even on days she was not able to contribute to practice physically, she used her voice to motivate her teammates.

“Obviously the injuries is physical but the mental part of it [was] knowing that I might not have been able to contribute every day in practice physically," DeWalt said. "The biggest struggle that I had learned but I think once I knew that and understood what my role was when I wasn't able to participate I was really better in that sense of the whole game.”

DeWalt's resiliency and sportsmanship stem from her early career days playing volleyball for Louis D. Brandeis High School in San Antonio. Madeline Williams, DeWalt's high school coach, said DeWalt was naturally respected by her teammates both on and off the court.

"She has always pushed her teammates to be better but leads by example with the effort she brought each day," Williams said. "She is humble, competitive, vocal, plays with energy, holds herself and teammates accountable and always strives to be better for her team."

DeWalt ended the 2021 season after playing 24 games. Her ability to play during what Head Coach Sean Hueit describes as her most mentally challenging season, earned her the recognition as the 2021 Sun Belt Conference Player of the Year. With DeWalt closing out another historic season at Texas State, Hueit said there will never be another Emily DeWalt.

Editor's note: A previous headline for this article implied DeWalt finished her term with Texas State volleyball. While DeWalt has graduated from Texas State University she will continue to play for the team due to an additional year of eligibility. We sincerely apologize for the error and any confusion the previous headline may have caused.