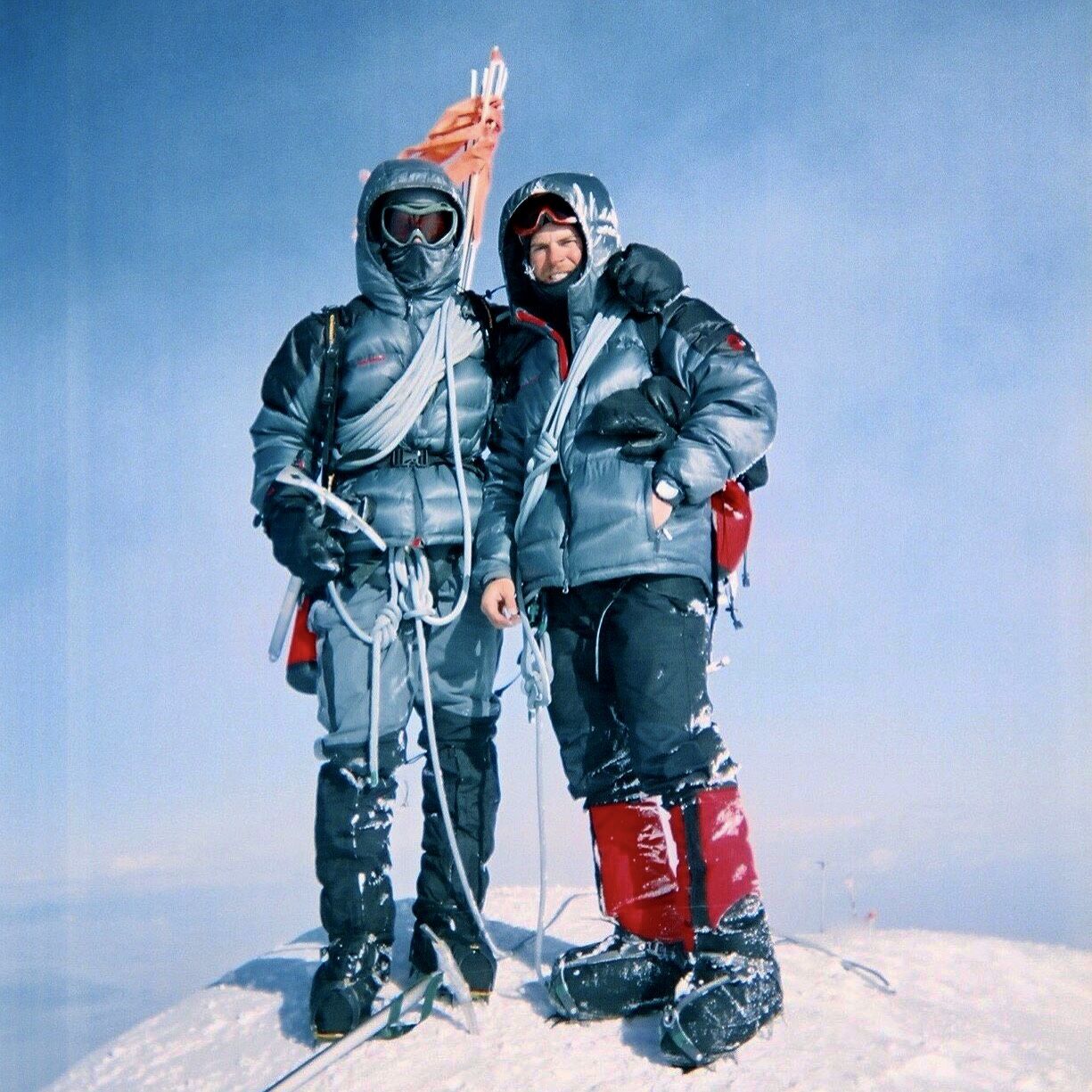 Greg Bargo (left) and Branndon Bargo (right) on the Denali Summit, the highest point in Alaska. 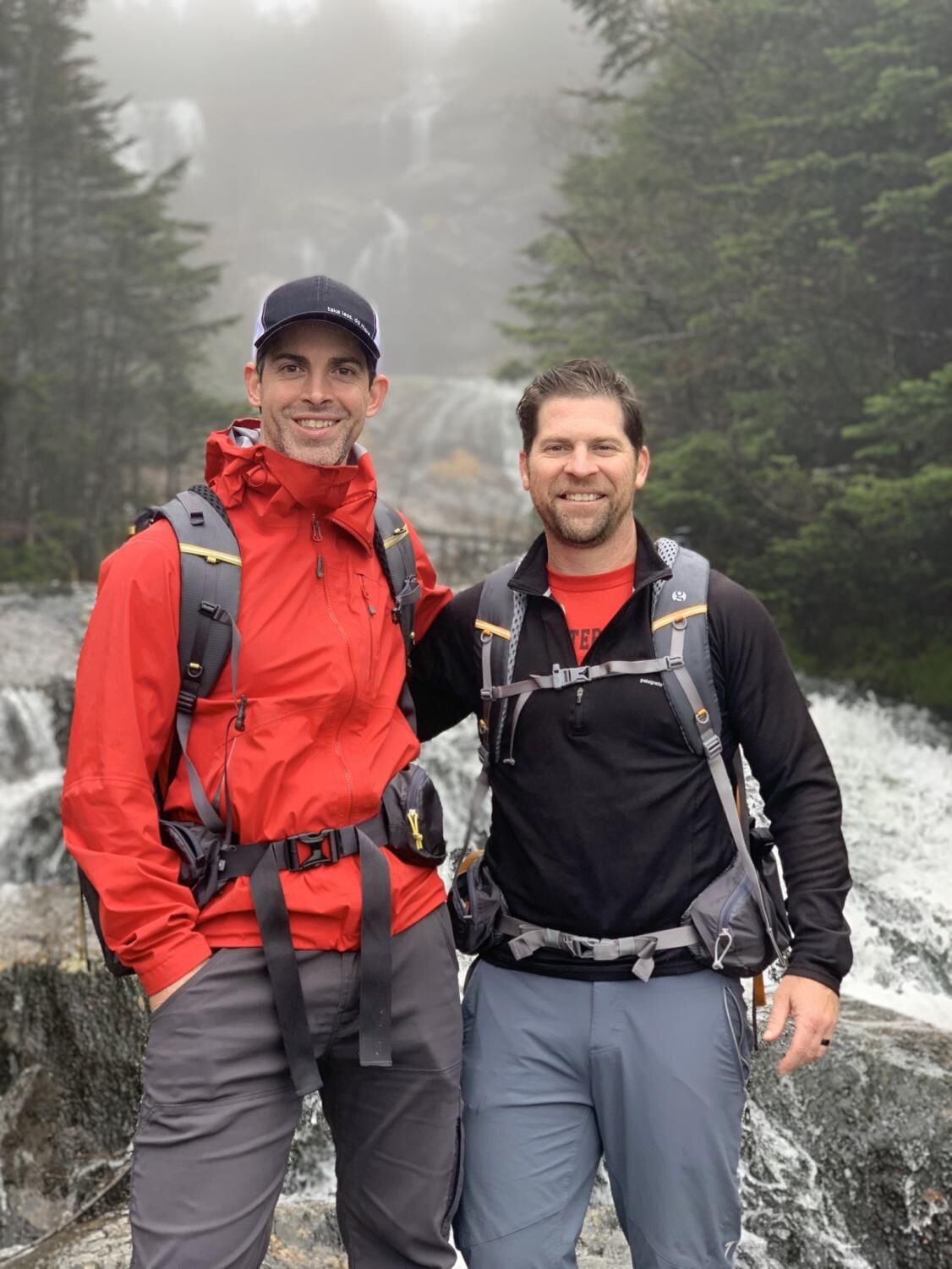 Greg Bargo (left) and Branndon Bargo pose for a photo on their way up Mount Washington in New Hampshire. (Courtesy of Greg Bargo)

Texas State alumnus Branndon Bargo and his brother Greg Bargo are taking their love for adventure to a new level with the new PBS show, “The Highpointers”.

The show follows the brothers as they climb the highest geographical points in all 50 states—the first and only show of its kind. With recent success, the brothers often reflect on their journey to the TV screen, realizing their upbringing was a mountain of its own.

Growing up in Laredo, Branndon Bargo said he chose to attend Texas State because of its beautiful scenery, various outdoor activities and his passion for rugby. He played on the Texas State’s team all four years, winning MVP his senior year.

Branndon Bargo said his time as a student in the School of Journalism and Mass Communication helped him build confidence as a journalist and pursue a career in television production. Bargo also worked at KTSW 89.9, a place he says pushed him out of his shell.

“I remember I was a DJ on the radio station, and I was always really nervous when I had to speak,” Branndon Bargo said. “So, [it] just created these opportunities to just gain more confidence—and the same with rugby.”

As a student, Branndon Bargo began to love the outdoors when he was granted the opportunity to study Spanish in Costa Rica. He said studying abroad put him in touch with more outdoor opportunities and sparked his interest in traveling.

After graduating from SJMC in 1999, Branndon Bargo spent four years traveling the world. He then began working outdoors with his brother through jobs such as hiking instructing at Live Adventure, a company combining leadership and team building for outdoor adventures. They also operated a non-profit organization in Austin introducing youth to outdoor parks in Texas.

Branndon Bargo went on to attend the National Outdoor Leadership School (NOLS) in Washington where he continued his outdoor learning. The school offers wilderness classrooms for environments ranging from rainforests to high deserts and the chance to learn from courses in five outdoor skills: Mountaineering, backpacking, rock climbing, keelboat sailing and sea kayaking.

After a few years of adventuring and living in Utah, the Bargo brothers went on to help television personality and producer Chet Garner with his travel show “The Daytripper”. The Emmy-winning PBS show features day adventures in different Texas cities to highlight the various activities individuals can do, eat or see across the Lone Star state.

Garner said the two brothers are so dynamically different that it makes them the perfect duo.

“Branndon is very much the guy that’s ‘let’s do it, let’s climb any mountain,’” Garner said. “Greg’s more chill, kind of in for whatever, but both of them are just mules when it comes to doing work. They can hike up any mountain, carry any gear and they’re always up for an adventure.”

After learning and gaining inspiration from Garner’s show, Branndon Bargo eventually pitched “The Highpointers” to PBS as a travel show.

Each episode includes a rundown of the local area the brothers are visiting and an introduction of the high point they are preparing to climb. Special guests from each state are also featured on the show, like Scott Parazynski, the only person to-date to both successfully climb Mount Everest and travel to space.

Similar to Garner’s show, the brothers built up a storyline for each episode to inspire viewers to embrace the journey it takes to get to high points in life.

The show also centers around the brothers’ close relationship. They said their seven-year age gap made it difficult for them to find things in common growing up; however, once they moved to Utah, their bond grew stronger after realizing they enjoyed a lot of the same things.

Greg Bargo explained he and his brother learned even more about each other while teaching leadership development courses together.

“We needed to know each other even better than we were teaching other people, so we would do personality assessments to [accomplish that],” Greg Bargo said. “It could be difficult, but we’ve learned each other’s personalities really well because when you’re climbing a mountain it could be life or death.”

The brothers advise anyone with a dream, especially making it in the TV industry, to stick with it. Coming from Laredo, it was not an easy road for them, but with perseverance, they now wake up getting to do the things they love.

“Always be persistent; don’t let somebody saying “no” deter you,” Greg Bargo said. “It’s a difficult road, but we kind of relate it to climbing a mountain—it’s all about the journey and making it to the top; it’s never going to be easy.”

The remaining five episodes of season one will be available on the PBS website and on PBS stations around the country this July.