Home
News
Life & Arts
Sports
Opinions
Multimedia
Podcasts
Events
Advertising
Games
The 11% Project
Support us and Get Your Merch!
Share This
1 of 4 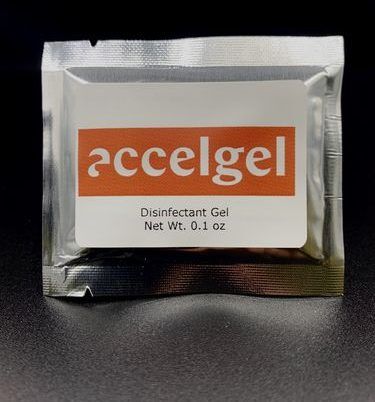 A small portable packet of AccelGel, a product of Nanocare. AccelGel was co-invented by Texas State graduate professor Dr. Gary Beall and Lamar University professor Dr. David Cocke to help advance the healing process for cuts and scrapes without the need for antibiotics. 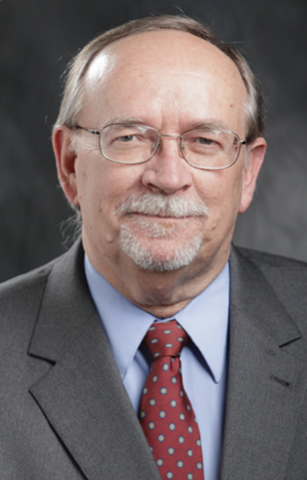 Chief Executive Officer of NanoCare and Co-inventor of AccelGel Dr. Gary Beall smiles for a headshot photo. AccelGel was co-invented by Beall and Lamar University professor Dr. David Cocke to help advance the healing process for cuts and scrapes without the need for antibiotics. (Photo courtesy of Dr. Gary Beall) 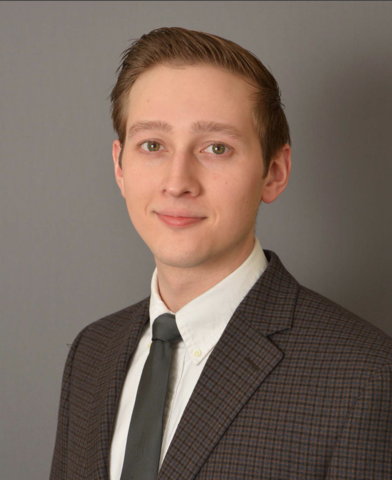 Chief Operations Officer of Nanocare Quinn Robichaux smiles for a headshot photo. Robichaux hopes to continue to grow Nanocare into a global brand that everyone can have and use to help heal wounds. (Photo courtesy of Quinn Robichaux ) 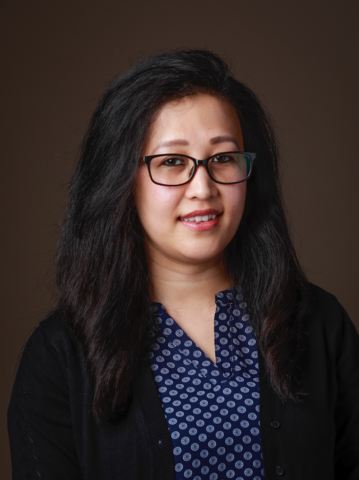 A team of Texas State staff, students and alumni are hoping a new accelerated healing gel can become the next revolutionary creation to treat wounds.

The peroxide-based gel called AccelGel was co-invented by Texas State graduate professor Gary Beall and Lamar University professor David Cocke to help advance the healing process for cuts and scrapes without the need for antibiotics.

“AccelGel, when you get a cut for instance, and you apply the gel onto the cut, it will stop the bleeding, and it will disinfect the wound without using antibiotics,” Beall said. “It will also make a protective coating as it dries, so you don’t need a band-aid.”

The science behind AccelGel comes from chemistry and nanotechnology which inspired the name of Beall and his team’s company: Nanocare. AccelGel is made up of small clay particles along with hydrogen peroxide that absorbs water and exfoliates the skin to seal moisture in and let oxygen out.

Before becoming a professor at Texas State, Beall worked in the industrial industry for 20 years. He currently holds 48 U.S. patents for products he has made throughout his lifetime.

“It is very difficult to get in; they have roughly 500 applicants from all over the world, and they only pick 42 to compete so even being chosen to compete is a big deal,” Beall said. “Every year I try to get student teams into the Rice Business Plan Competition, and Dr. Cocke and I decided that we would organize a student team to try and compete using AccelGel.”

Throughout the years, Beall has led seven teams to compete in the Rice Business Plan competition; six of those teams have formed companies and five of those companies continue to operate today.

Biochemistry alumnus Quinn Robichaux was one of the students Beall recruited for his team as Nanocare’s chief operating officer.

Robichaux says he had always expressed interest in the business side of chemistry and told Beall he would be interested in helping out if and when he had a new start-up.

“I took the Molecular Education Course last summer, and I wanted to show Dr. Beall that I was very interested and that maybe I can do this one day for him,” Robichaux said. “I got to know him overtime and went to his office and said ‘if you ever need anyone for anything about this kind of stuff, let me know; I’m here 100%, and that’s all I want to do’, and sure enough, he showed me this really cool wound-healing gel.”

While a part of the Rice Business Plan team, Robichaux worked on the one-minute elevator pitch which placed fifth in that portion of the competition and won him and his team $500.

Nanocare also won over $10,000 in prizes and rewards from Capital Factory, an entrepreneurial company that focuses on providing resources to help boost start-ups.

Robichaux expressed his gratitude for being a part of the Rice Business Plan Competition and says participating in it was a big deal for him and the university.

“I’m really proud of my team especially through all the adversity and how we adjusted and put in the work, and we left everything out there on the court,” Robichaux said. “I’m just thankful to be a part of it, and it’s a big deal for me but also for the university. We competed against Johns Hopkins, Harvard, Yale, and we did well and won things.”

Robichaux says he plans to continue his dream of growing Nanocare into a global brand that every person can have and use to help heal their wounds.

“This is a dream come true like I could not have wanted to do anything different,” Robichaux said. “Now, I’m just going to give it everything that I got; every bone in my body is going to go toward Nanocare becoming a global brand, becoming something that every person has on their person, every mom has [in] their purse, every dad has in their pocket or every soldier in their case.”

Materials science, engineering and commercialization doctorate student Shubha Malla is the Research and Development manager for Nanocare and works alongside Robichaux.

She says when she first saw the effects of AccelGel, she immediately knew it could help underdeveloped countries like Nepal where she is from.

“I was able to connect because my country is an underdeveloped country which means that the transportation is not there, so you have to travel a day to reach a hospital,” Malla said. “So, this product works so quickly, and I was wowed because I can take this product to my home country when it is real in the market for those who cannot make it to the hospital; they can apply this product.”

Malla also says the ingredients in AccelGel are cost-efficient and will allow the company to not only save money but also save lives.

“If this works it will be life-saving; our company’s goal is helping people heal, so this helps you heal faster and not to have pain,” Malla said. “In the future, when it’s out in the market it will save you money too.”

After graduation, Malla plans to continue working for Nanocare and is excited for when AccelGel will be available to purchase worldwide.

“I feel like Nanocare is already there for me, and my first preference and goal after my graduation is [to] take this further,” Malla said. “It has been a very wonderful journey learning and exploring this new healing gel. Hopefully, we will be able to share it to the world soon.”

AccelGel has not been evaluated by the FDA and is not intended to treat, diagnose, cure or prevent any disease. Any claims of accelerated healing or anti-inflammatory are completely testimonial.

To learn more about the product and find out when it will be available for purchase, visit Nanocare’s website or follow the brand on LinkedIn.

Blues on the Green: Photo Essay

For over 30 years the City of Austin has welcomed the tradition of Blues on the Green. Produ… Read more