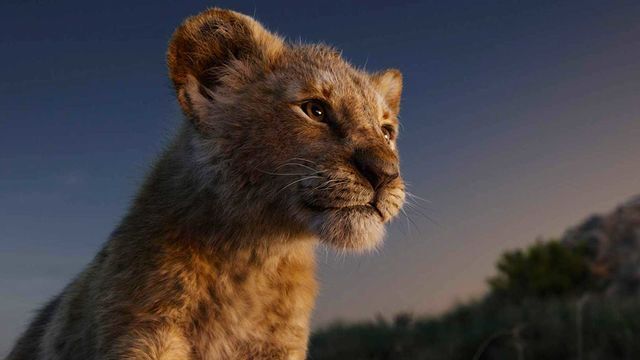 Simba as he stands above his future kingdom

Simba as he stands above his future kingdom

The original “Lion King” from 1994 is one of the best — if not at the best — movies Disney has ever created. From great storytelling, compelling characters and emotional scenes to phenomenal voice acting from legends like James Earl Jones as Mufasa, the original animated film was such a hit it had two sequels, several spin-off shows and a re-release in theatres for a 3D version of the original.

With Disney in the process of seemingly making every animated movie into a live-action remake, “The Lion King” was bound to get remade as well. However, did people need a remake of Disney’s arguably best movie ever? What happens when movie magic is recreated?

Being “The Lion King” fan that I am, I was super excited to hear it was being remade with state-of-the-art animation. The original movie is my favorite Disney movie of all time, so I figured getting the chance to see it come to life would be amazing and lead to much anticipation.

Jon Favreau, most known for directing “Iron Man,” and most recently “The Jungle Book,” had a huge task on his hands. He could either make the movie exactly like the original, leaving people to say it was too similar or he could spice it up, inviting viewers the critique of saying it was not similar enough. Either way, audiences were going to be upset about some aspect, which is understandable when attempting to recreate a classic.

To save from any confusion, I will refer to the most recent live-action film as “The Lion King” and the original as just that.

“The Lion King” started off great. The Circle of Life introduction was done shot-for-shot just like the original and made me feel like a kid again. The animation was incredible; every blade of grass to the hair on the animals was precise. However, if viewers love “The Lion King” as much as I do, they know most of the lines and the way the characters deliver them. When the animals begin talking something seemed off, not just in the soulless faces of the animals but the delivery of the lines was extremely rushed.

I respect that Disney called James Earl Jones back to represent the iconic voice of Mufasa, with Donald Glover as Simba, Beyonce as Nala, Billy Eichner as Timon and Seth Rogen voiced a fantastic Pumba. Even the kids who did voice-overs for the younger versions of Simba and Nala were exceptional. The glaring flaw here, though, was Scar.

Scar is one of the most iconic Disney villains of all time. A smart and sly villain, the evil uncle wants to take the throne for his own by any means necessary. In this movie, the character is severely bland. He did not sound remotely close to the original voice actor, and the delivery of each line felt rushed and took away the fear from the character, making him seem silly to a degree.

Overall, the main actors perform decently in regards to voicing their characters and Seth Rogen stole the show as Pumba. Every time Rogan’s animal was on screen I was laughing. However, the downside is a side character like Pumba should not be the best part of a movie.

The original film was known for its emotional weight, and that was in part due to the ability to animate facial expressions. In the newest live-action version, the animals are made to look too similar to real-life animals. Every emotional moment seemed off and awkward because of this animation.

I enjoyed seeing “The Lion King” come to life on the big screen, though. The visuals were stunning, the music remained iconic and the humor was on point. It is not fair to compare a movie to a classic like the original was, so I would say if this was the first time I had ever seen “The Lion King” and was grading on that, this film deserves 7/10.