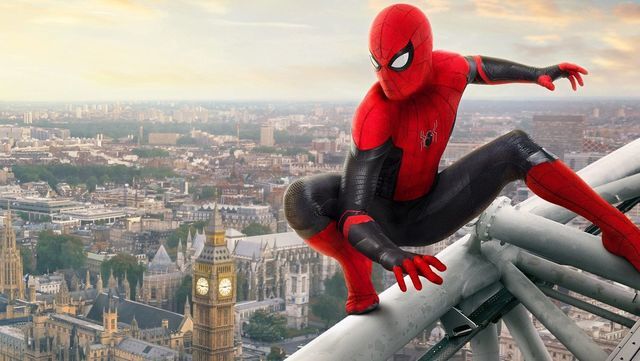 After the events of Endgame, Peter Parker goes on vacation to Europe and must save the world from new threats.

Being the Spider-Man fan I am, I was really hoping “Spider-Man: Far From Home” would end the streak of subpar Spider-Man movies before it’s time, not including the three Sam Raimi movies with Tobey Macguire.

Yes, I enjoyed “Spider-Man 3” but no, I did not like the “Amazing Spider-Man” movies with Andrew Garfield. “Spider-Man: Far From Home” takes place after the massive blockbuster movie Endgame and is the seal on the entire Infinity Saga. The film is intended to cap off everything that happened since the first “Iron Man.”

Those are some big shoes to fill. However, I do not feel this movie nailed the ending for the past 22 Marvel movies, but it did a fine job of serving as a regular ol’ Spider-Man movie.

Tom Holland does an exceptional job playing Peter Parker and an even better Spider-Man. I was not sold on his first stand-alone movie in “Spider-Man: Homecoming,” but he definitely upped his game in this most recent film.

Holland’s character had amazing chemistry with Mysterio (Jake Gyllenhaal), given this was the first time the two have worked together. I was not entirely sold on his relationship with Mary Jane (Zendaya) due to a lack of appeal, but it didn’t ruin the movie.

Characters like Nick Fury (Samuel L Jackson), Happy (Jon Favreau) and even Aunt May (Marisa Tomei) all did a fantastic job as a supporting cast but sometimes made the movie feel a little crowded.

Finally, the action scenes hit the mark, which is something past Spider-Man movies lacked. While the action was awesome to watch, it bothered me how the emotional weight of seemingly every Marvel movie is ruined by a joke. The thing I loved about the Raimi Spider-Man movies was, while they were fun and light-hearted, the films still carried a fair amount of emotional weight.

Viewers were sucked into the characters and when one was in danger, they mirrored that fear. As far as “Spider-Man: Far From Home” goes, it lacked character relatability. In fact, I cannot remember feeling any weight or connection while watching. I never felt as if Peter Parker was in danger, nor did I feel any connection between MJ and Parker. The stakes were just not high enough for this to be the cap to the last nearly two dozen Marvel movies.

With that being said, the jokes were hilarious even though misplaced at times and the action was incredible. The visuals and cinematography were amazing, as was the way a post-Endgame world was handled. This Spider-Man movie is up there as one of my favorites, but it did not break top three. Stay for the two after-credit scenes, as they are highly important and essentially change the entire ending of the movie.