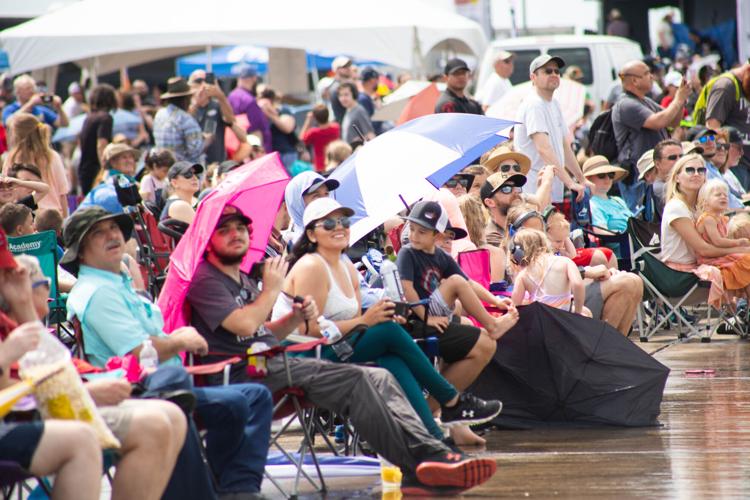 The crowd at last year's Go Wheels Up! Texas festival, May 29, 2021, at the San Marcos Regional Airport. 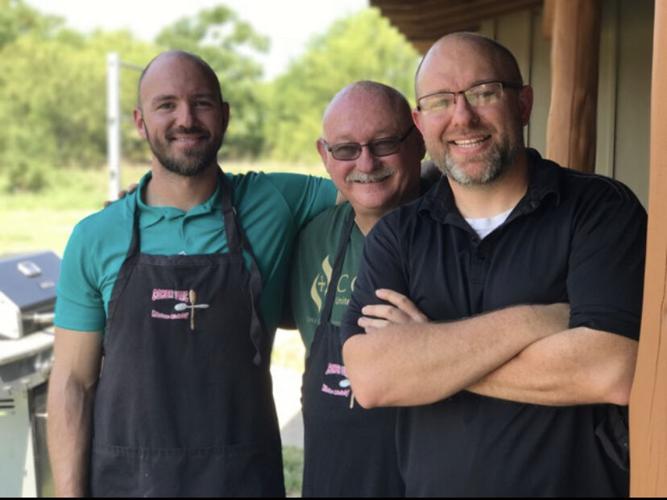 Texas country music star Cory Morrow had sparked the idea to create an aviation and automobile festival in 2015. After teaming up with the founder of Craftsmen Events Clayton Corn, Go Wheels Up held its first festival in May 2019. Now, Corn runs the annual event and Morrow returns to Texas each year to celebrate.

For Corn, the sky is the limit when it comes to his vision for the festival. His ultimate goal is to make Go Wheels Up the largest aviation-based event in the region. He already has several ideas for making the festival a more hands-on experience for attendees.

“The festival has a lot of different elements like its got a car show [and] its got the airshow, but as this grows we would love to add a flying element where people actually fly through an aircraft and spend the night," Corn said. "Also, in 10 years down the road, I'd love [Go Wheels Up! Texas] to be a week-long summer event for the entire aviation community and car community and city of San Marcos to come and be a part of.”

Although last year’s festival attracted around 10,000 attendees, the growth has not come easily.

“Our first year we spent a whole lot on resources and we had a very low turnout,” Corn said. “Then of course in 2020 what would’ve been our second year, we’re all of a sudden hit with a global pandemic and we had to shut everything down, which was after all of the planning and implementation for that year had already been done, so it was a real let down for us to have gone that far and not have done it. Thankfully, we have a great team and we’re persevering.”

The Go Wheels Up team includes Mitchell Royer, the deputy chief of operations. Although Royer had observed the low turnout for the event, he knew the festival would bloom exponentially.

“The reason I wanted to be a part of this was because I saw the potential in just a family-friendly awesome event that’s going to benefit the community not just for one year but for years,” Royer said. “I kind of saw it as a legacy thing too like my kids came and enjoyed it and I wanted other families to bring their kids to enjoy.”

The festival's intention to invite more families to enjoy their time through a passionate connection with automobiles and aviation has attracted people like Brandi Meyer, a first-time attendee who is excited to share her love of cars with the San Marcos community.

Meyer began her love for cars as a teenager and passed that love to her son. Since anyone can register their car to be in the festival's auto show, she customized her own car, named "Purple Madness," to spread awareness of autism.

“I actually made my car around my son’s autism, so I get to go out Memorial Day weekend and do some of the things I used to do when I was a kid and I get to do those things with my son,” Meyer said. “My son is just as excited as I am for every little thing we would add to it. We decided to do the puzzle pieces because not everyone is aware of autism so when they see the pieces, they ask about it and I get to inform them with what autism is and how those kids function.”

Meyer is not only looking forward to spending time with her son at the event, but she’s also excited to come together with the Texas car and airplane community.

“Everyone has a different idea to why they’re going,” Meyer said. “It’s always events like car shows and airshows that just kind of brings all kinds of people together and it’s basically like a big family. Everybody has different ideas, but nobody is really different when it comes to all of us having a passion for the same thing.”

This year, the non-profit organization For the Love of Go will host the Coach’s Big High 5K to the Runway race to kick off the main event. The organization was created by a group of parents in Hays County to promote fitness and a healthy lifestyle through charitable races.

Andy McAdams, the digital media contributor for For the Love of Go, created the race to express gratitude toward coaches and mentors. All proceeds from the Coach's Big High 5K to the Runway will be donated to the Texas High School Coaches Education Foundation.

Although McAdams has always been surrounded by coaches and teachers, his main inspiration comes from his father, Ken McAdams who was a high school football coach for decades. He coached his sons Andy and Brant McAdams, who is now the head football coach at Pacific Lutheran University.

Andy McAdams encourages everyone to join the race to thank a coach or mentor or just have a fun time, which is what For the Love of Go strives for with every race.

“Our mission is to organize, direct and promote opportunities for families and individuals to make small steps in setting and reaching fitness goals,” he said. “It’s all types of runners. You’ve got those that are running for personal records, people that are trying to stay fit, or people that just want to walk a 5K. We're accepting of all people and we just want people to have a good time.”

Andy McAdams thanks Go Wheels Up for collaborating with For the Love of Go as well as coaches and mentors everywhere for the opportunity to create a fun-filled, family-friendly race.

“My shoutout is to teachers and coaches because without it this wouldn’t be a thing,” he said. “It’s an awesome opportunity to give a shoutout to somebody that has impacted you. Coming out and supporting this means that we can make this a yearly thing, and as more people come and know about it, we’ll make sure that they remember it.”

Go Wheels Up will donate a portion of net profits to the San Marcos Youth Council, the San Marcos Education Foundation and the Commemorative Air Force Central Texas Wing. Corn and Royer know that these donations and the outcomes of the past festivals would not happen without the community's help.

“I definitely want the city of San Marcos to understand how vital and important they are to the whole thing,” Royer said. “The heart and soul of San Marcos has just been unreal and without their commitment we have nothing. That's the key to it, I think, and that’s what I love about San Marcos.”

Tickets for Go Wheels Up! Texas are $30 for general admission and free for children 12 and under. The event will run from 10 a.m to 8 p.m. at the San Marcos Regional Airport and will include car shows, airshows and live music.

For more information and to purchase tickets, visit https://gowheelsup.live/.

Main Point: Yours truly, The Star Board

Like all great things, the 2021-22 editorial board’s term has come to an end. Read more