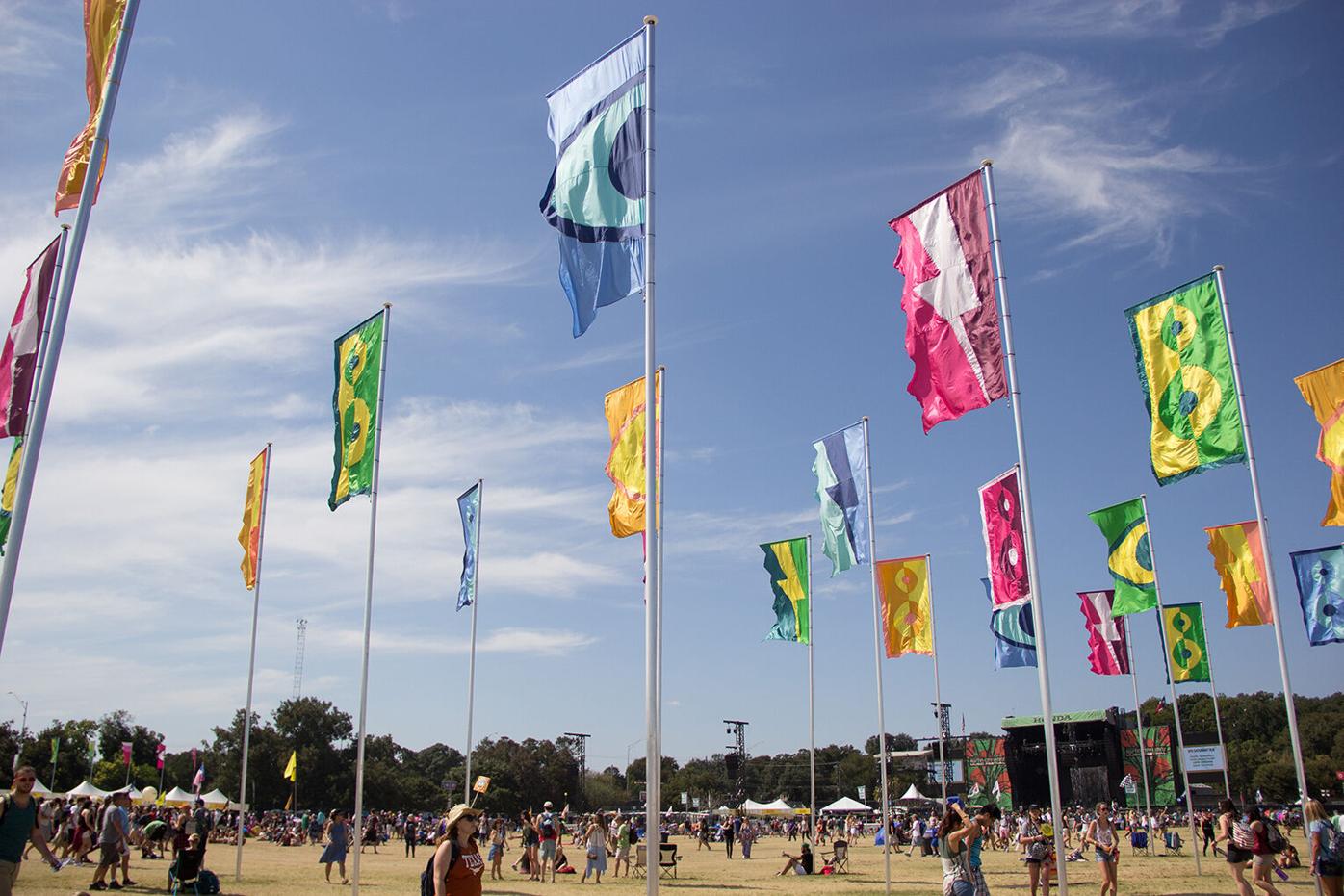 Flags fly Oct. 8 at ACL Music Festival. Many festival goers held their own flags in the crowd. Photo by: Lara Dietrich Multimedia Editor 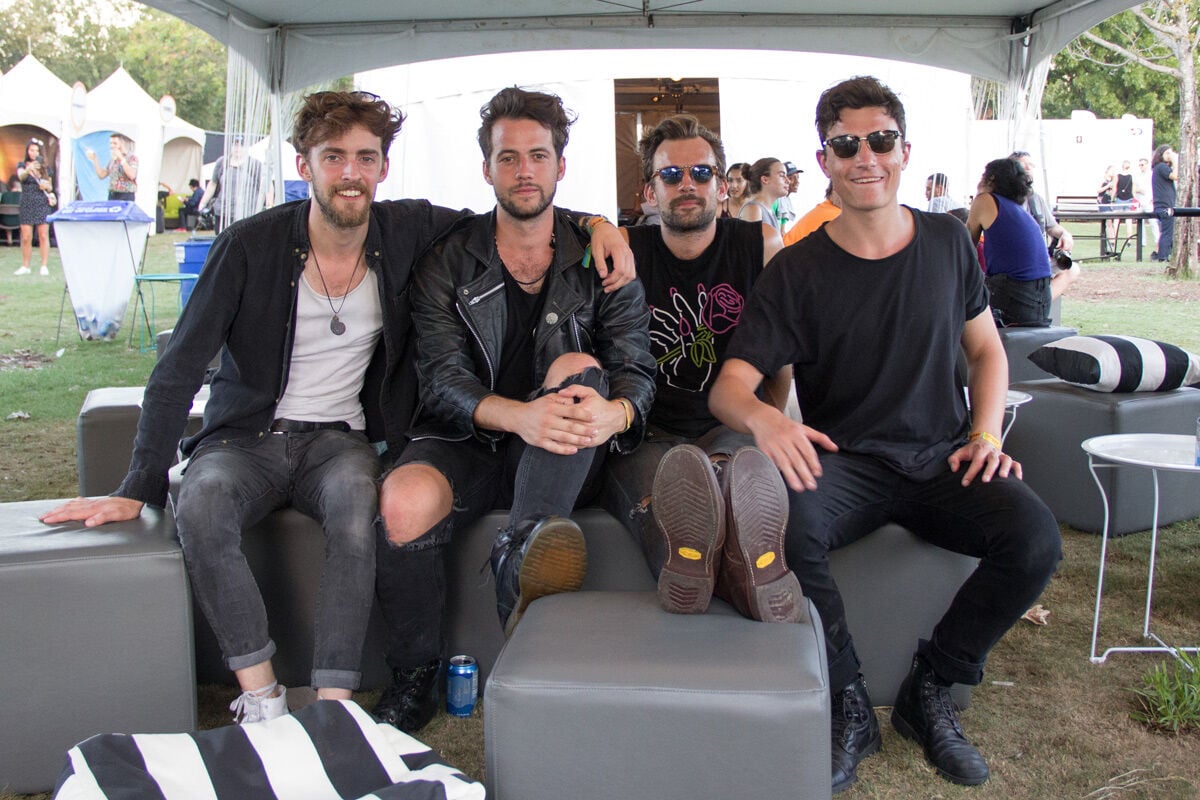 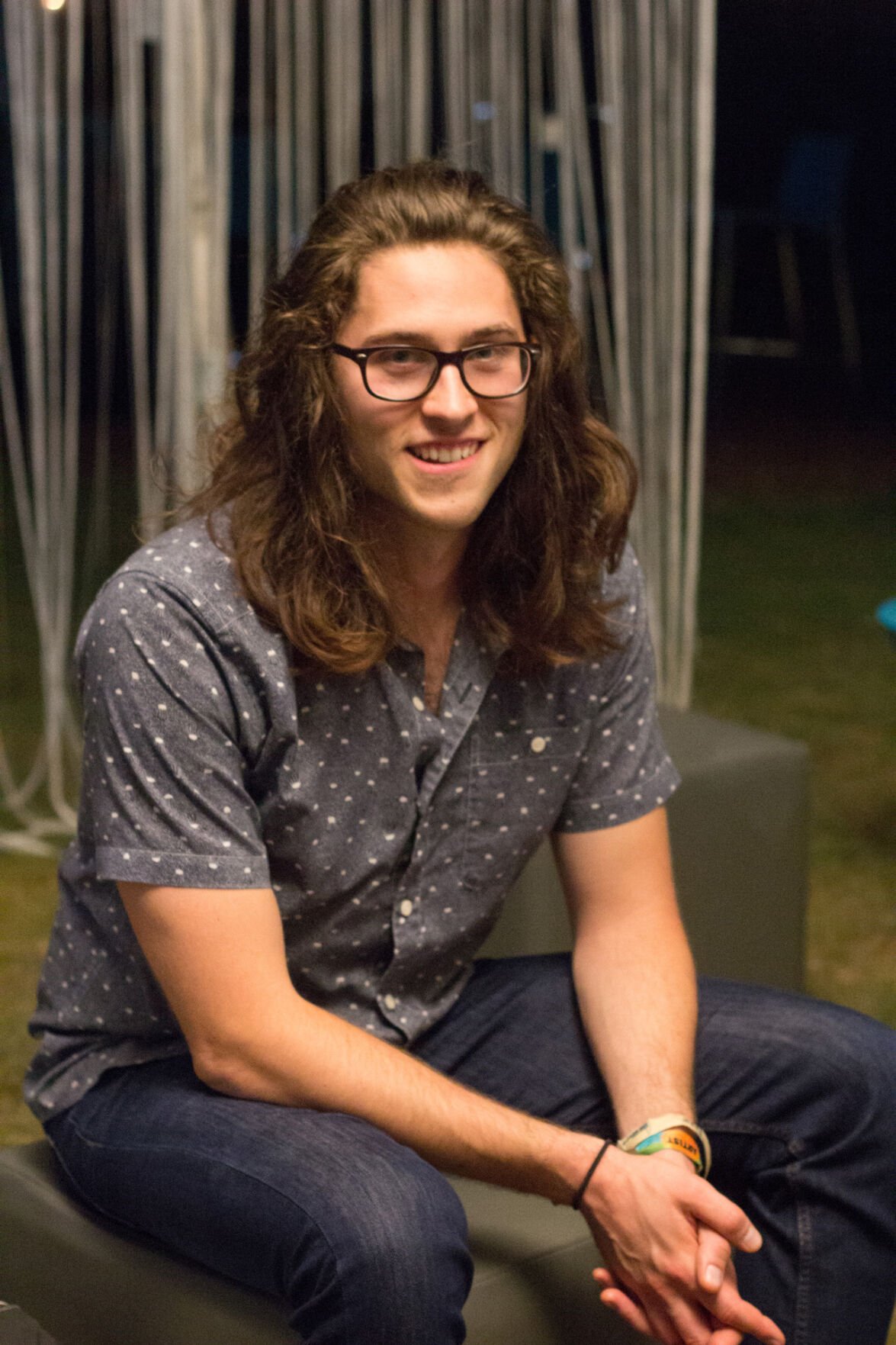 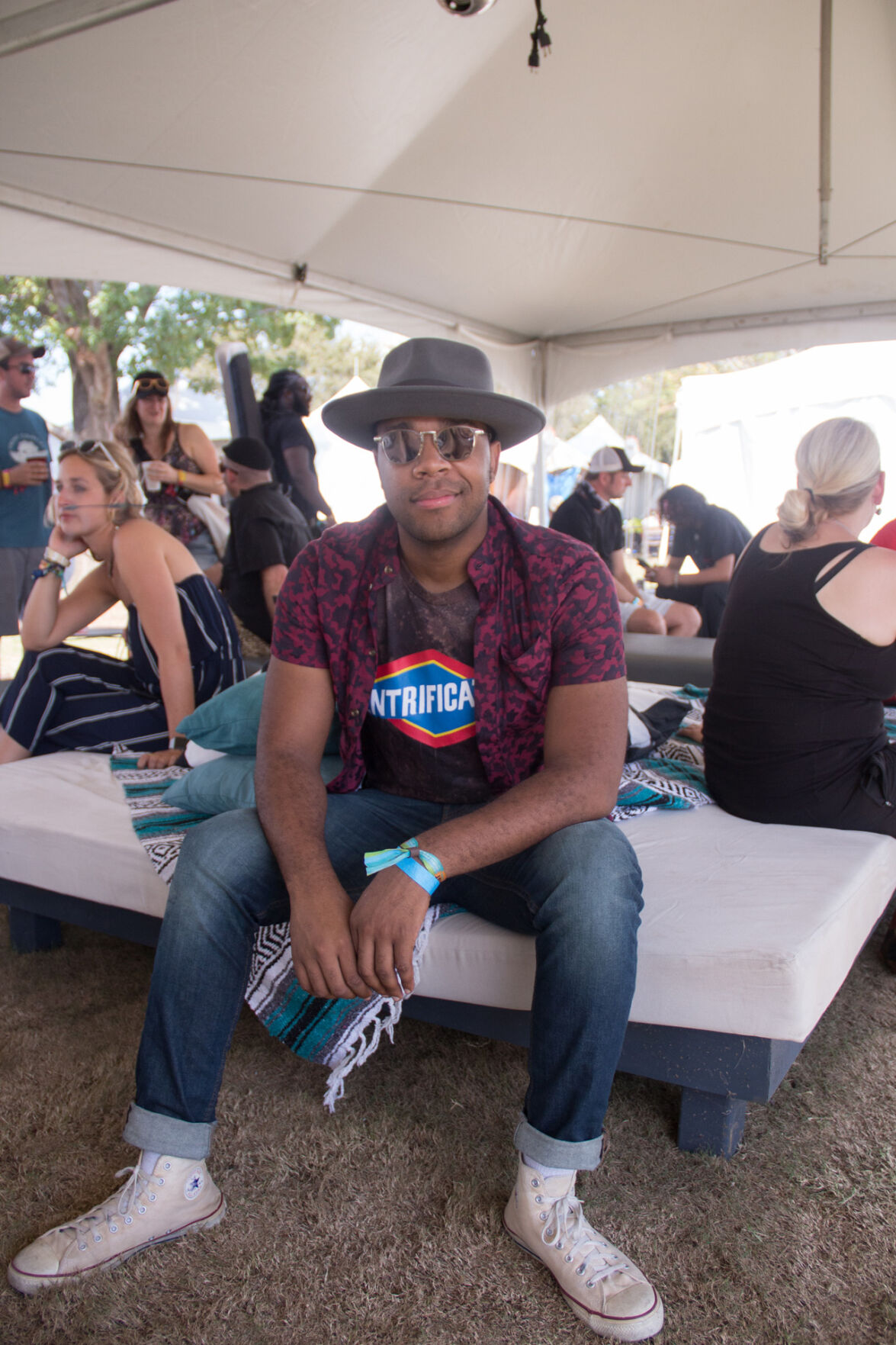 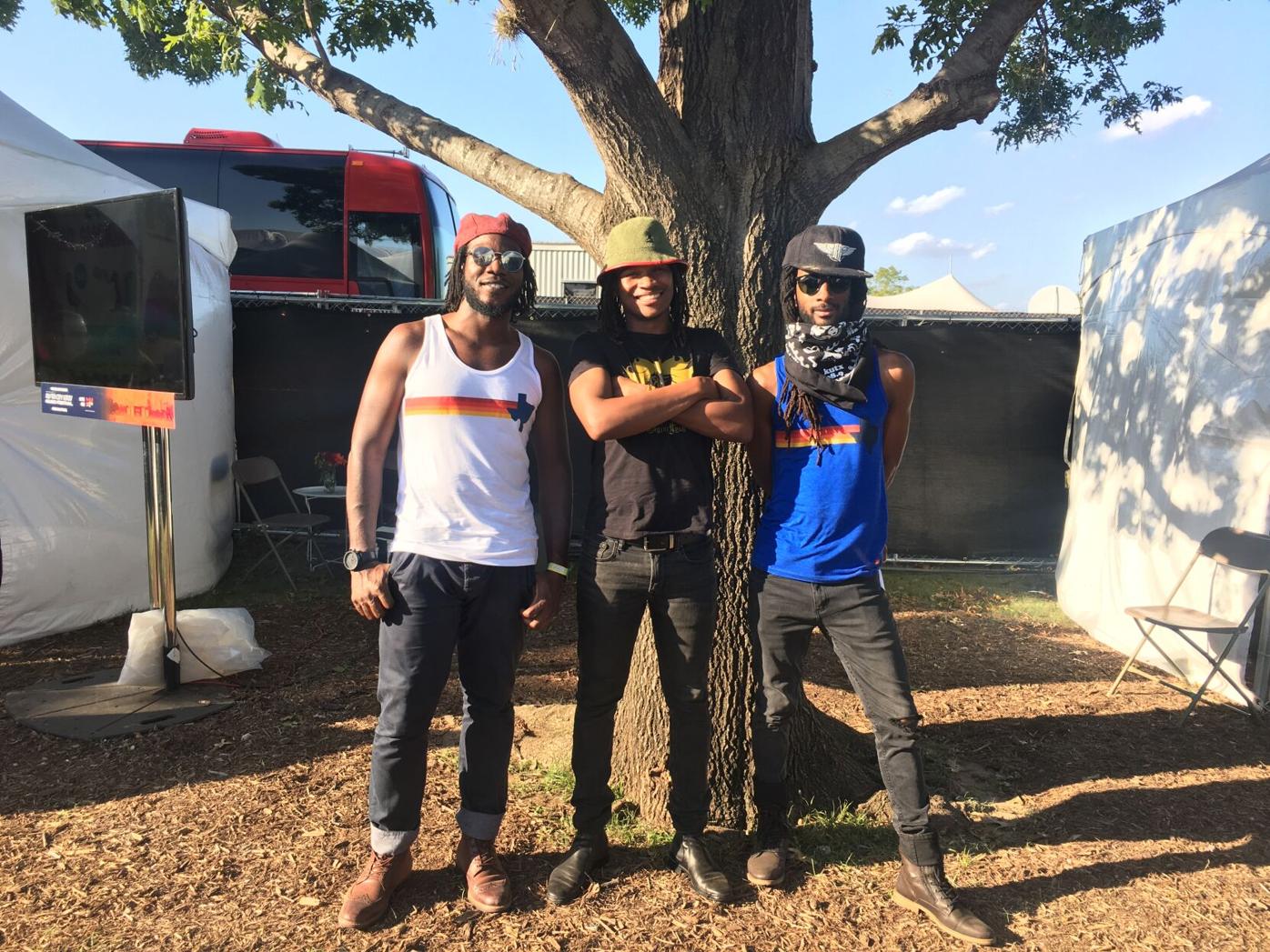 Musicians and bands from places as far as Jamaica, Ireland and Canada made their way to Zilker Park for the Austin City Limits music festival.

ACL weekend one was host to 150 bands. Many of these groups are up and coming future headliners, travelling on tour and giving Austin, the live music capital of the world, everything they have.

Some of the most unique groups to make their way to Texas for the festival included ROMES, a soul-pop band from Toronto, Canada with members hailing from Ireland and Canada. ROMES first record dropped Friday, the same day they performed.

The pop group ROMES, has been together for 15 years and has gained popularity in the last three years. A bunch of guys living in a house in Canada, the group is tight-knit with each artist bringing an individual talent to the mix.

Jacob Alexander, Nicolas Amadeus, James Tebbitt and Andrew Keyes make up ROMES. They performed on the first day of ACL dawned in black and filled with charm.

“For us, the songs we write are about making you feel excited and smile, or any emotion,” Keyes, bassist for the band and native of Ireland said. “If a song hits you right, it’s the best feeling in the entire world.”

The band’s debut album, ”Believe” was released on iTunes, Spotify and elsewhere the day they performed at ACL. According to the band, they had no clue they would perform at ACL until two weeks before. It was a convenient, and ultimately exciting addition to their schedule as they were on their way to play at the Houston House of Blues days later.

Jackson Stell, also known as Big Wild is an electronic DJ and total one-man show. Stell performs what he writes and composes himself, and said he is also looking into expanding his genre to add lyrics of his own as a singer.

“My fans are pretty open-minded,” Stell said. “My music has a pretty wide range, some of its more house, some of its more trap. Its what I’m inspired by at the time. A lot of times when I’m on tour I go out into the crowd and I hang out with people.”

Mobley is a solo performer who writes, composes and performs his art all on his own, sometimes with the back up of a drummer. Mobley is a soulful singer inspired by world politics and life a a black man in the United States.

In Mobley’s album “Some Other Country” he performs a love song called “Tell Me” which at the surface, tells a love story he has never had. Beneath the surface, the song tells the story of racial profiling in a country he loves.

Mobley’s music video for “Tell Me” depicts a playful scene with a woman getting ready in the morning to his song. The tape takes a turn however, when the character notices a man outside with a bat and calls the police. As the video ad song conclude, the man was simply waiting for his son to be dropped off so the pair could play ball, a story close to Mobley’s heart as he said he has heard and seen similar situations before.

Mobley said his current muse is injustice in the world.

Mobley currently resides in Austin, Texas and can be followed online as he regularly performs in the area.

Raging Fyah, and its artists hail from Jamaica. Each member was born and raised there, and grew up listening to Reggae. The band officially formed in 2006 and was nominated for a Grammy award in 2016 for their album “Everlasting.” The group has performed in Austin before, but performed at ACL for the first time during weekend one on Oct. 8. The band will perform again during weekend two.

The band is made up of Kumar Bent, Delroy Hamillton, Anthony Watson, Courtland White and Demar Gayle.

“Reggae music has been around for a long time,” Bent said. “It just sort of happened to us, but our style comes natural to us.”

When the group is not jamming to their genre, they love Rock and Roll specifically, Led Zeppelin.

The group said they are inspired by their Grammy nomination and popularity in Europe to write another album in the hope to win a Grammy.