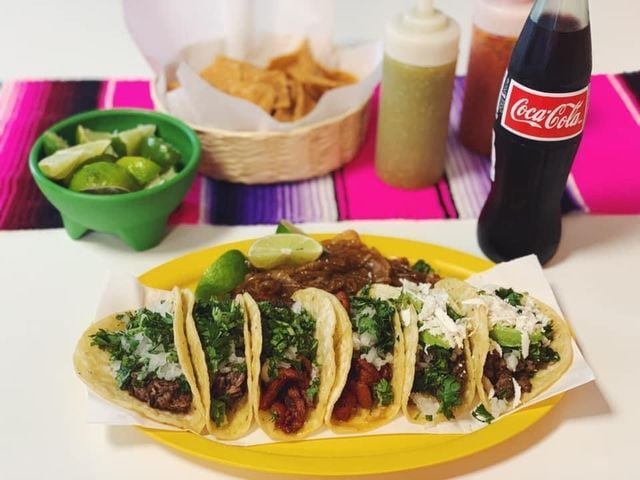 Assorted mini tacos sit on a white table along with tortilla chips, limes, salsa and a bottle of Coca-Cola at Santi's Tacos located in San Marcos. Photo courtesy of Yvette Galvan. 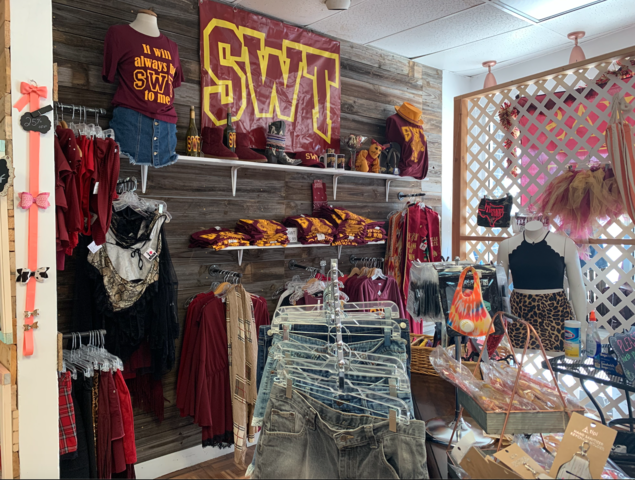 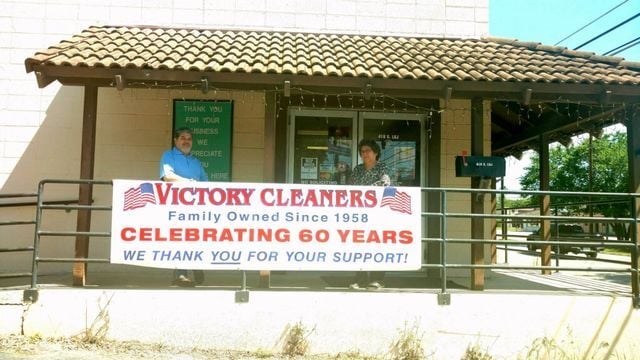 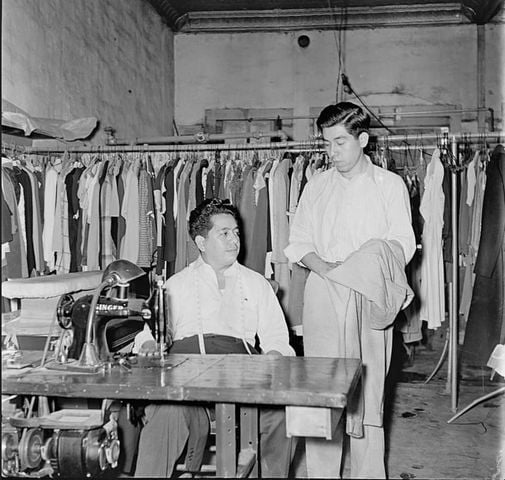 Colorful artwork, spice-filled aromas along with the detailed stitching of Mexican influenced blouses represent the core of family pride and heritage that is found in locally-owned Hispanic businesses in San Marcos.

Each year, Americans celebrate Hispanic Heritage Month to commemorate the history, culture and contributions of Latinxs who come from all walks of life.

Hispanics make up about 40% of the population in San Marcos, and Hispanic-owned businesses are on the rise with many already establishing their place in the community.

Texas State alumnus and Santi’s Tacos' co-owner Yvette Galvan says her restaurant started five years ago as a food truck that only sold snacks. However, after just two years of operation, Santi’s outgrew its food truck.

Yvette Galvan, her husband Irving and her brother then decided to open a restaurant with a menu that offered more.

“The food truck itself was pretty big," Yvette Galvan said. "It wasn’t small, but even at that it was too small for the amount of people we were getting.”

Yvette and Irving Galvan, who are both from Brownsville, noticed while attending Texas State there were not many Mexican food options available in San Marcos similar to what they had at home.

“Every time we would drive over [to Brownsville], we would be eager to get there because we wanted to eat tacos; we wanted to eat raspas, chamoyadas and stuff like that,” Irving Galvan said. “There was nothing like that here [in San Marcos], so that’s why we were like, 'let’s do something.'”

Santi's menu and vibrant decor were inspired by the couple’s family trips to Mexico, particularly Matamoros where they both visited and enjoyed growing up.

“We sell a different kind of taco; we could sell what everybody else sells, but we want to be different,” Yvette Galvan said. “We are sticking to what we know back home and where we’ve been, like places in Mexico. Before we opened here, we went to Guadalajara, Guanajuato and Matamoros, where we grew up, to get more oriented of what we wanted to do.”

The couple says Hispanic Heritage Month is an opportunity for people to forget common Tex-Mex stereotypes and rekindle their roots in Mexican culture.

“People think of Hispanics with Cinco de Mayo, big sombreros, margaritas and crunchy tacos, but no, it’s history,” Irving Galvan said. “Why put it in one month when you should teach it the whole year? We’re in Texas. This used to be Mexico. So, it’s important for people to get more in touch with their roots to learn more about it and to realize there’s more to Tex-Mex.”

KnD’s Boutique co-owner and Latina entrepreneur Kristan Alvarez agrees that Hispanic Heritage Month should be celebrated every day and not just through Oct. 15.

Located on The Square in San Marcos, KnD’s Boutique is a women’s clothing store that sells anything from western wear, Texas State game day apparel, Hispanic-influenced blouses and more.

Alvarez and her mother, Della Lucio, opened KnD’s Boutique in 2012 with hopes of expanding their at-home business of repurposing and selling clothes into a shop.

“My mother and I always repurposed anything and everything we can get our hands on. Like used clothing we’ll cut, we’ll fringe, we’ll dye, bleach, etc.,” Alvarez said. “At first I started doing it out of my house 10 years ago, and I had random people coming by my house shopping because they heard from [someone] that we had stuff here for sale, and so it got crazy to where I was like, 'we need to open up something.'”

Born and raised in San Marcos, Alvarez says she is inspired by other Hispanic businesses and prides herself on having one in the heart of her community.

“My grandparents were born and raised in Mexico, and they just didn’t have the privileges that we have now. I’m proud and inspired by other Hispanic businesses because I feel like sometimes there’s a stereotype, like 'are you really going to make it, or are you going to be successful?'” Alvarez said. “I feel like we are, so I would tell any other Hispanic person that wants to open a business to go for it. Follow your dreams. You can do it.”

Alvarez also emphasized the need for more Latina-owned businesses, adding that Hispanic women can do anything they set their minds to.

"We’re going to hustle and get it done,” Alvarez said. “I’ve always had that passion— like Hispanic women can own businesses—and I feel like it’s very important for people to know and support Hispanic-owned businesses.”

Texas State alumnus and co-owner of Victory Cleaners Maricella Suarez is a third-generation Latina entrepreneur on the rise.

Suarez and her cousin, Alejandra Martinez, who also attended Texas State, are inheriting their family’s dry cleaning, embroidery and alterations business of 62 years.

“My grandpa was the one who started it after World War II, which is how he came up with the name 'Victory Cleaners,'” Suarez said. “My grandpa and my grandma ran it together; my grandmother was doing the alterations and then slowly all the kids. There was five of them; they all helped out, but my mom and my tío were the ones who eventually took over from my grandpa, and my grandpa stayed working until his 70s.”

Suarez’s grandfather and grandmother, Aurelio and Isabel Martinez, were one of the first Hispanic families in San Marcos, which has made their family well-known in the community over the years.

Suarez says she loves that her family’s business is not only Hispanic-owned but also employs a majority of women.

"It’s a way for Hispanic women to show ownership here in town—that yes you can do it because you know the struggle of not only being a woman and a minority, but also, a lot of times, women fall into the role of taking care of family, but we can figure out a way to juggle it all,” Suarez said.

Since its opening in 1958, Victory Cleaners has branched out to open stores in Kyle and Luling.

Suarez is still learning the ins and outs of her family’s business from her mother and tío; however, her determination and Hispanic heritage are what she says keeps her motivated every day.

“One thing I love about our culture is that we come from a race that, we don’t give up. We keep striving; we figure out a way,” Suarez said. “When you listen to the stories of those older than us, like our grandparents, parents, tíos, tías, and you're able to just figure it out from them, that's what keeps me moving forward.”