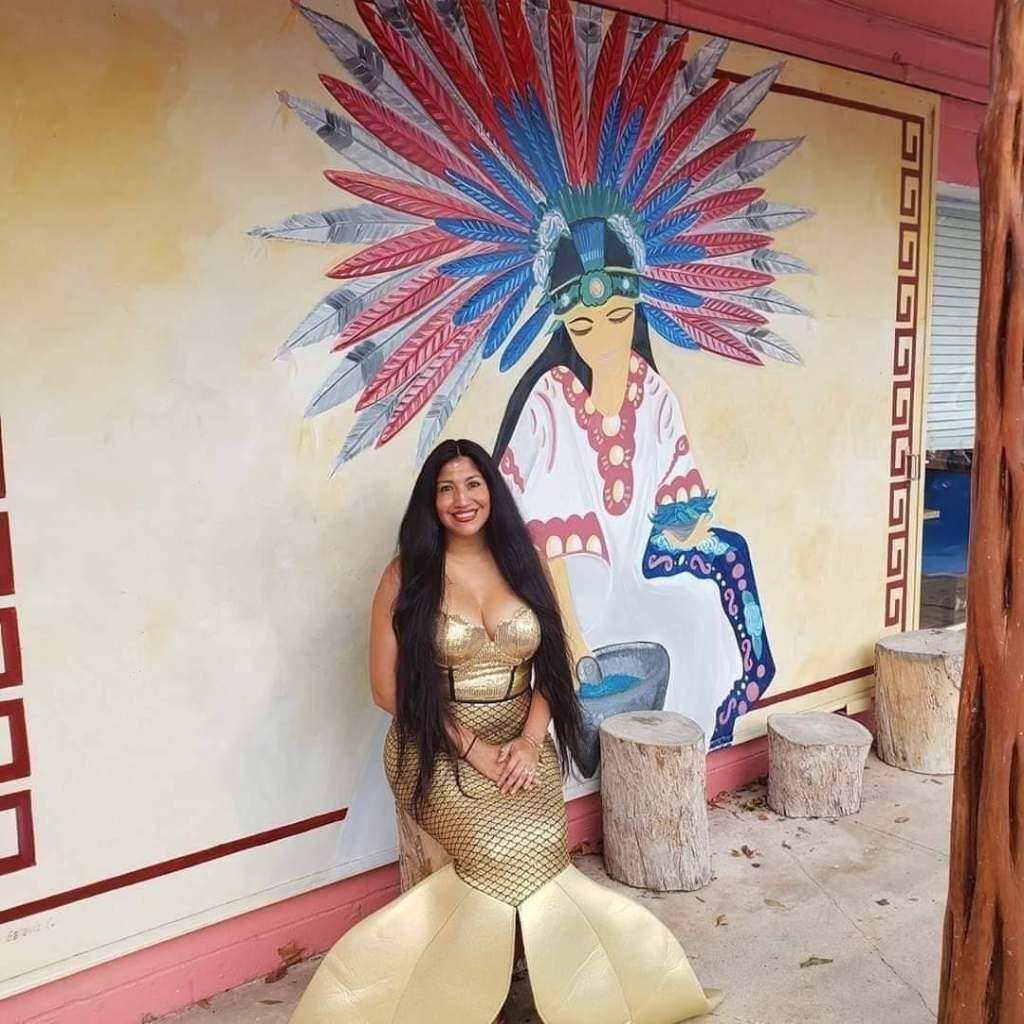 Jessica Mejía, pictured in her Sirena del Rio costume, sits by a mural of an Indigenous woman. 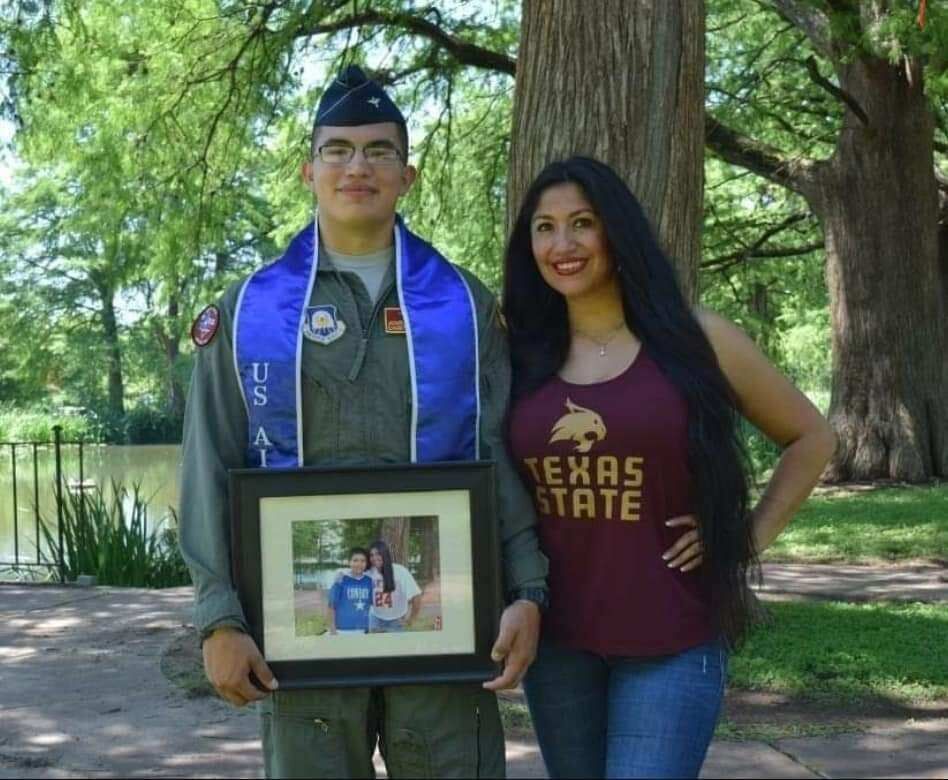 With her long black hair, signature red lipstick and gold-gilled swimsuit tail, Jessica Mejía, better known as Sirena del Rio, the Indigenous Mermaid of the San Marcos River, is bringing the serene waters of the river to children in a virtual setting.

Recognizing the socially-distanced reality some children are now accustomed to, Mejía, a Texas State alumna, hopes to alleviate mental health struggles of isolation by bringing back a sense of wonder to the children of San Marcos.

Mejía says experiencing nature amid the pandemic, where social interaction has been minimal for some, is a great way to gain a sense of relief and tranquility.

“The five minutes they can see the water, or the mermaid, or the trees and the birds, that’s still five minutes of nothingness, of being just present with the universe and just being at peace in the midst of all of the chaos,” Mejía says.

Inspired by the television series "Mister Rogers’ Neighborhood," in Mejia's virtual storytime she enters as ‘Jess’, a certified master naturalist sharing facts about Hays County and its ecosystem. Once the children enter the magical land of the San Marcos River, Mejía transforms into the beautiful Sirena, sharing stories of her life obstacles and culture.

As a Latina teen mom, Mejia struggled with mental health while working to make ends meet and balance the pressures of both work and school. Now, Mejía is a proud 2009 graduate of Texas State, where her son, Air Force second Lt. Jonis Nava, would later follow and serve as Texas State’s ROTC wing commander.

Along with hosting virtual storytime sessions, Mejía has also created the first and only bilingual mermaid program where children of English and Spanish language are encouraged to help one another in an inclusive environment.

Deborah Carter, a librarian at the San Marcos Public Library, says Mejía's collaboration in the library's bilingual story hour has encouraged a new crowd of Spanish-speaking families to integrate into the library.

“I really loved the program because it brought families into the library who had not ever previously stepped through our doors,” Carter says. “So that was incredible to me, to see her be able to bring in a totally different set of families that don’t normally come to even our bilingual story hour. And then she helped them get library cards and helped them become comfortable library users.”

A big part of Mejía's role as Sirena is the mermaid costume, leaving children enticed by her whimsical appearance and stories.

“She definitely has a presence, and people recognize her, her mermaid outfit is of course beautiful, and she’s so beautiful,” Carter says. “So it’s kind of like when kids are struck when they see a real-life princess or something.”

“She was [so eager] and so happy to be there and grateful for the college experience," West says. "She made friends with everyone in the class almost instantly."

West's first time seeing Mejía in action was when she did a socially-distanced "Storytime with Sirena" at her niece's birthday party in summer 2020, and "it was really a neat experience to see how she connects with kids and teaches them," West says.

Working with children for over 18 years, Mejía's current goal is to find ways to help mitigate the mental stress children have endured due to COVID-19 protocols.

“Child and adolescent depression has been on a rise, and I feel that my program can alleviate some of the challenges they are facing,” Mejía says.