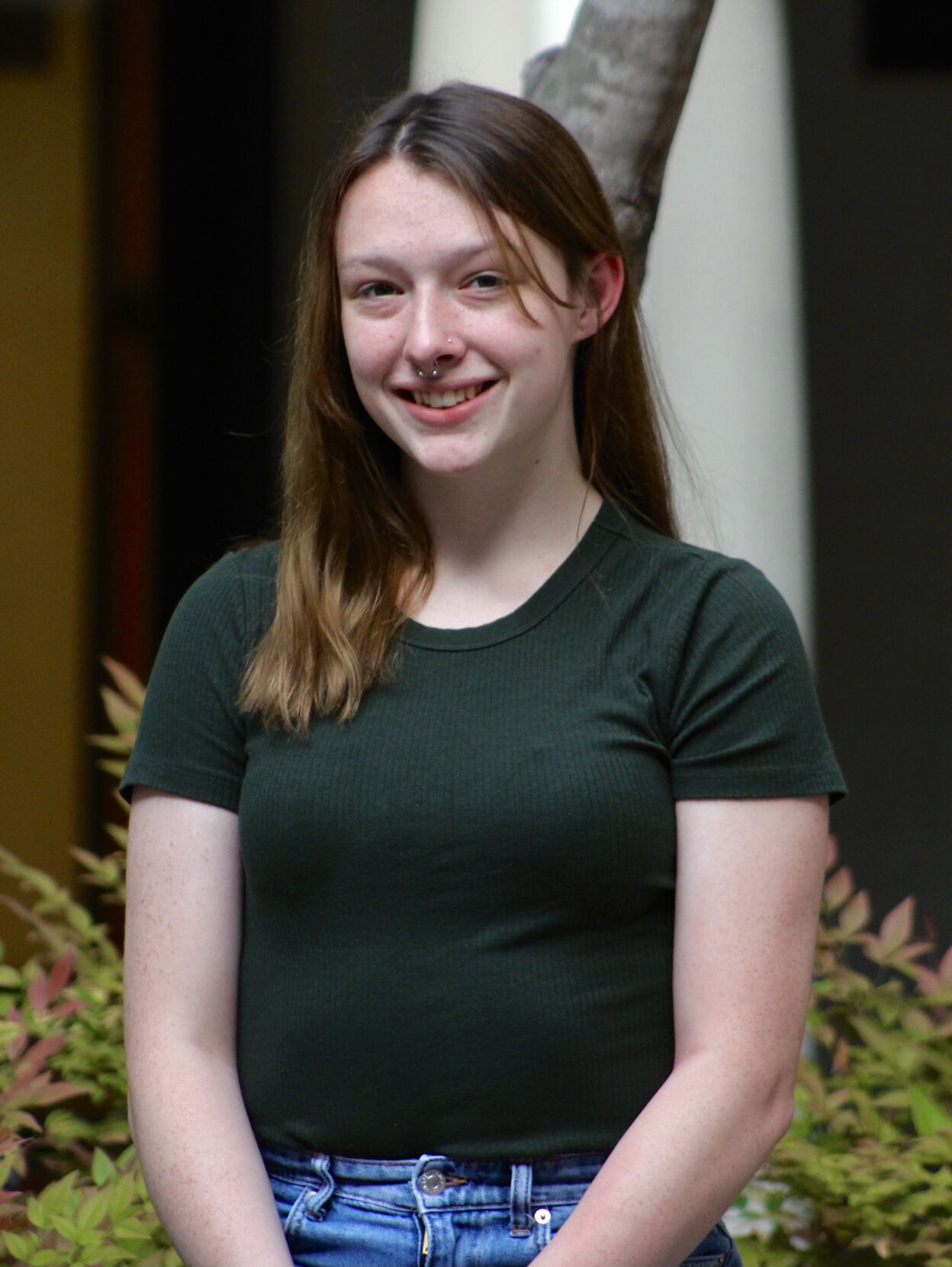 Co-founder and president of LGBTeachers Jordyne McClinton poses for a portrait, Monday, April 26, 2021, at the Taylor-Murphy courtyard. 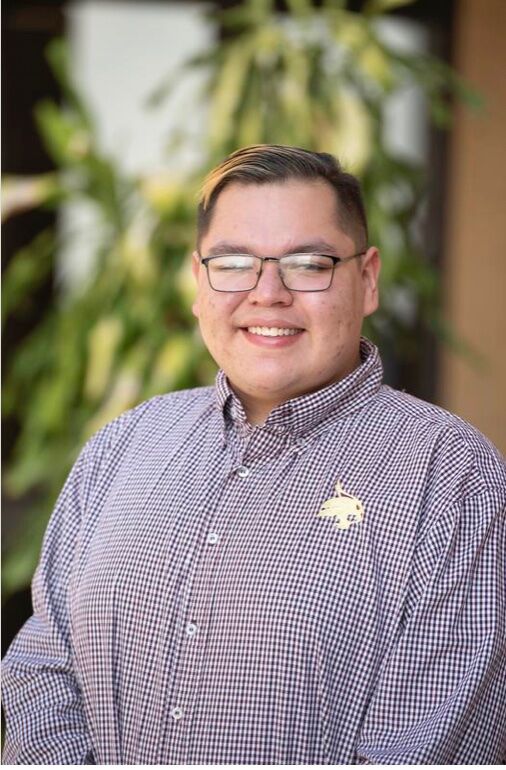 Jamie Saucedo smiles for a headshot photo. Saucedo heard about LGBTeachers through social media and says the organization gave him a community of support with people who shared his anxieties surrounding being an LGBTQ educator.

As a queer person of color, Jamie Saucedo never had a teacher in school who he felt represented him. Although he had goals of becoming an educator, he found it difficult to picture himself at the front of a classroom, feeling discouraged without a role model he could look to for guidance and encouragement.

At Texas State, Saucedo found the support and guidance he has longed for in LGBTeachers, a student-led organization striving to create an inclusive environment for underrepresented groups in educational spaces.

"I found the organization and it helped me build a community of support," Saucedo says. "Other people have the same anxieties surrounding being in a classroom as an LGBTQIA+ individual and we just talk about those situations."

LGBTeachers was founded by a group of students in 2019 during a US1100 seminar class. Co-founder and president of the club Jordyne McClinton, a political science sophomore, says although the club's name alludes to being exclusive to only LGBTQ+ education majors, the club is open to any student interested in uplifting minority students in education.

"It's so essential that we have, you know, more queer educators, more Black educators, to be a voice for students, you know, like us," McClinton says. "Because we didn't have that role model to look up to, we didn't even know what it meant to be LGBTQ."

The organization's main goal is to spark change in the classroom by advocating for underrepresented communities in the education field. By doing this, McClinton hopes school curriculum transforms.

"It is so important to have more Black educators and more Native American educators and things like that because we see in classrooms like there's so many silenced, just outright ignored pieces of history and pieces of education that, you know, those things can change if we just have those people in there to represent those issues in the classroom and educational spheres," McClinton says.

For the past year, LGBTeachers held meetings via Zoom where the group engaged in resume workshops, group discussions and educational meetings to explore topics like workplace discrimination and rights as an LGBTQ+ educator.

Although Career Services offers similar resources to students, McClinton says it's important for students of color who seek career advice to have a mentor they can relate to, which they can receive through peers and community support in LGBTeachers.

"[Career Services] on campus is so cool, so awesome, provides so much, but I feel like there's so much more," McClinton says. "It's about having people who you can relate to, you know, having other people who are going through the same struggles as you, it's about having that backing."

Representation is essential for members of LGBTeachers like Saucedo who taught elementary-age kids as a student-teacher last fall.

"I want [representation] for my kids. I want to make sure that they see themselves and they can do whatever they want and be in any positions of power that they choose if they work hard enough for it," Saucedo says.

Associate Dean of the Honors College and LGBTeachers faculty advisor Peter Tschirhart says it's important to have this type of representation in all levels of education so students can realize their true potential.

"The more we can all come out and say, 'This is who I am, and this is my background, and this is what I represent,' the more we're going to be able to encourage people to be their best," Tschirhart says. "Whether it's undocumented students or whether it's gay faculty, or whatever it is, having some sort of representation and some role models that students can look up to and see, 'This is how you can do it and be successful, and this is what's possible for me.' That's important."

As an educator himself, Tschirhart says he has learned a lot from the new generation of educators in LGBTeachers who are sparking new conversations in their classrooms, like the importance of respecting a person's pronouns and driving social change.

"I learn by finding out what the teachers of tomorrow are doing and what they care about and where the debate is and what the questions are because they're different from when I was growing up and when I was going into teaching," Tschirhart says. "We didn't have debates about pronouns back then. It just wasn't, you know, the conversation was in a different place."

As someone who has been able to see the organization grow into what it is today, McClinton says the hard work she and members have put into the club's foundation is paying off. For her, watching others benefit from the organization's resources and realizing that she is not alone in her journey is the most fulfilling part of being a member of LBGTeachers.

"It's not just about my identity as an LGBTQ+ individual, it's about what I want to do as a career, and how I'm supposed to balance my identity with that career because this field is so hard to navigate, sometimes, as a queer individual," McClinton says. "Seeing that people relate, it makes you feel, you know, like, you're not alone. I'm not the only one struggling with this, I'm not overreacting about this. It feels validating to know that people are also feeling this and that, you know, you're not in this alone. We're in this together."