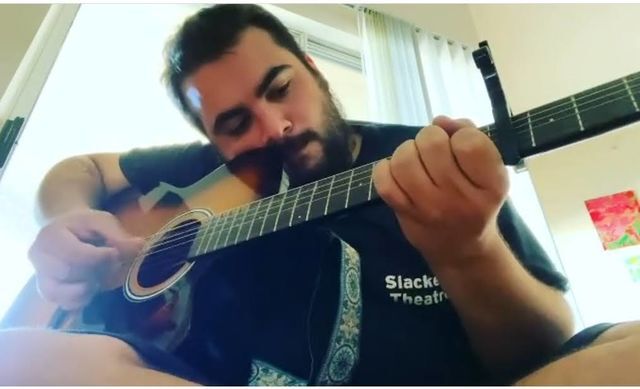 Luis Parra plays the guitar during his weekly live-stream on Instagram September 7, 2020, in an effort to raise funds for GOOD.'s album recording. Parra is the lead performer of GOOD. but is currently working on El Trigal, a personal project that aims to feature musical guests. 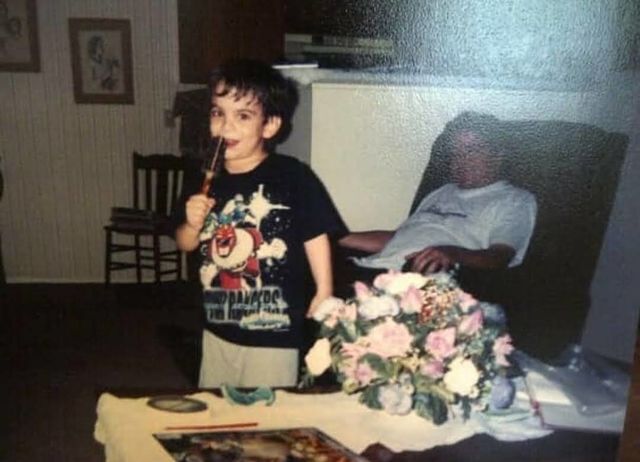 A young Luis Parra sings in front of his family in Venezuela. Parra spent his summers visiting Venezuela as a kid where he would listen to music with his uncles and learned how to play guitar. 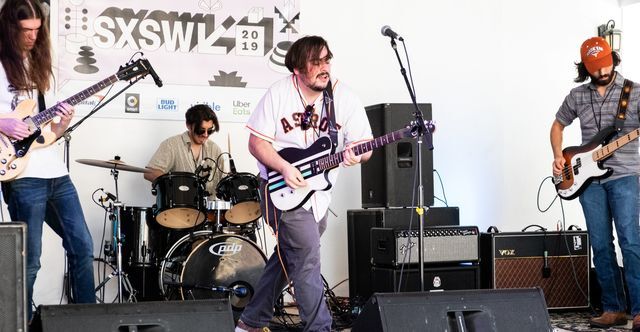 Far before ever stepping foot on a stage or picking up an instrument, Luis Parra found his love for music in his hometown of Valencia, Venezuela. Since then, Parra, 24, has been part of several bands, groups and music projects in San Marcos and Austin.

With the cancellation of concerts, music festivals and the recording of his band’s album coming to a halt due to the pandemic, Parra was in search of a new musical outlet.

“In the times that we are in, I don’t have the ability to perform like I used to, so I just started writing songs on my own at home,” Parra said.

With a recording set-up consisting of Garage Band, a USB microphone, an old interface and a four-input iPhone adapter, Parra was inspired to create a song by himself. He recorded and produced the first song of the project, 'Eyes Up', in his room, and on a whim, submitted it to be released the following day.

“I really love the idea of producing something on my own; it's very freeing,” Parra said.

Although Parra enjoys the ability to create music on his own, this new adventure will not be entirely for himself.

“I want this to be like a collective where I can bring in different people on different songs and experiment with different genres,” Parra said.

Parra’s roommate, Andy Gomez, has already made his songwriting debut in 'Eyes Up'. During a spark of the moment jam session in their living room, Gomez came up with the first line of the song. Gomez said the song and first line, like most of Parra’s music, can relate to almost anyone.

“It’s like you haven’t seen someone in so long and you wanna catch up, or you had a bad day and your homie asks what’s going on,” Gomez said.

The combination of Parra's Venezuelan roots along with the idea of collaboration with other artists was the inspiration behind El Trigal, the name of his solo project.

“I came up with El Trigal because that was the name of the neighborhood where my family is from, and I like the idea of it being a neighborhood of musicians working together,” Parra said.

Although Parra left Venezuela at just 3 years old, he remembers the countless summers he spent visiting as a kid, listening to music with his uncles and learning to play guitar in the neighborhood.

Luke Nienow, lead guitarist of GOOD., has been helping Parra with the arrangement of 'Eyes Up'. In addition, he hopes to see his friend experiment with different sounds and incorporate more of his Latin roots into his upcoming works.

“I kinda hope his Venezuelan origin encourages him to incorporate some Spanish lyrics, maybe Latin rhythms and stuff we haven’t heard from GOOD. so far,” Nienow said.

Vincent Milazzo, who plays drums for GOOD., is excited to see what comes out of the project and would be willing to collaborate with Parra. Milazzo explains every project and song Parra has created has all been a ladder with each step leading to something new.

“I think this will bring out a side of him that he doesn’t even know yet,” Milazzo said.

Jesse Hernandez, who is the bass player for GOOD., is looking forward to hearing how different the music Parra creates will be from the sound of the band.

“Maybe in this new direction he’ll be willing to try rap, folk, whatever,” Hernandez said.

GOOD. came together in 2016 while Parra, Nienow and Hernandez attended Texas State. Since then, they have played countless shows at former San Marcos gems like Valentino's, The Buzz Mill and Kiva Lounge, as well as campus events like KTSW 89.9's Bookstore Blowout and Lunchbox Series.

After the 2018 release of its debut EP 'This Is For You', the band has been working on its first full-length album set to be released in early 2021.

In addition to his own bandmates and friends, Parra is looking forward to working with some of his favorite local musicians, like Jose Jimenez, the front-man of the local band previously known as Clever Heads Prevail, which played shows with GOOD. back in 2017.

As excited as Parra is to work with other friends and artists, he promises that this project will not affect GOOD. in any way and that it is entirely a side gig for him.

'Eyes Up' goes live on Spotify and other music platforms Oct. 16. For more information or to keep up with the latest on Parra's solo project, follow El Trigal on Instagram and Twitter.