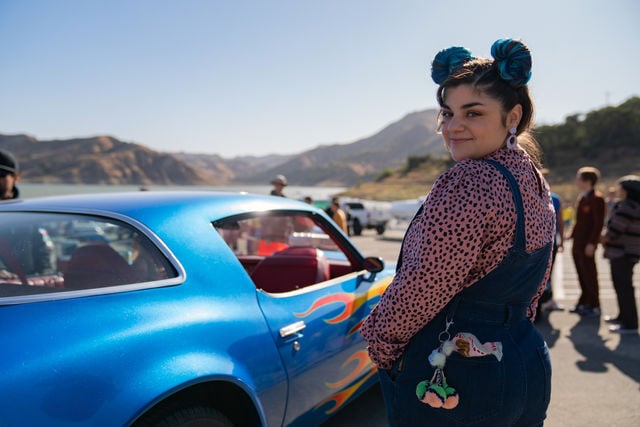 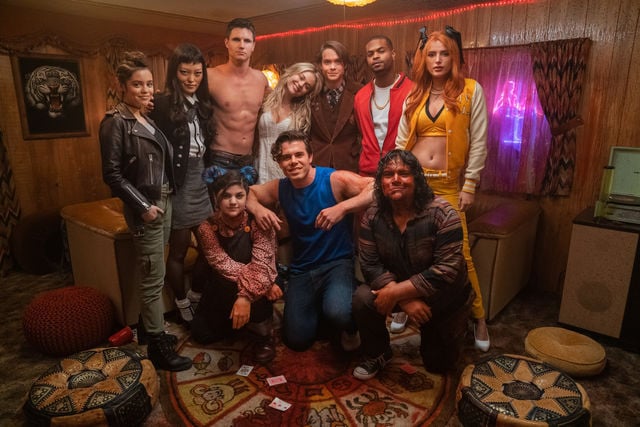 Jennifer Foster (bottom left) poses with her castmates on set of the Netflix original film "The Babysitter: Killer Queen." 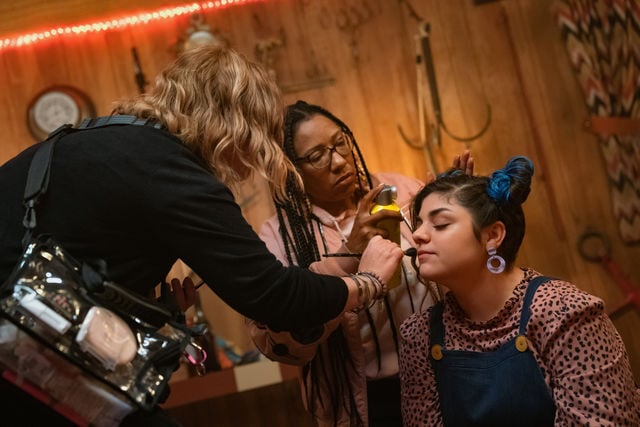 Jennifer Foster gets last-minute touch-ups before going on screen for the Netflix original movie "The Babysitter: Killer Queen". Foster was a student at Texas State's Musical Theater and Dance Department between 2012 to 2014. 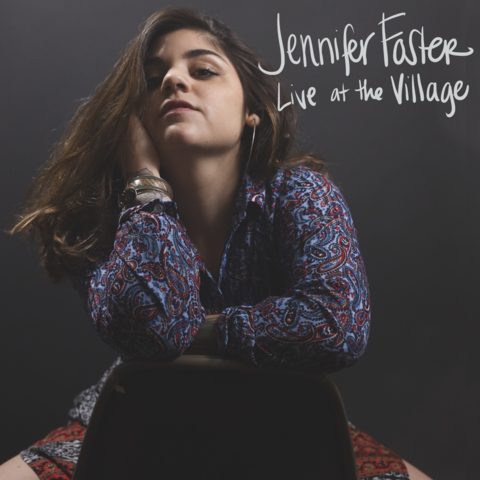 Jennifer Foster poses for her live indie-folk album cover, "Live at the Village" which she created in January.

A video of Foster's performance eventually found its way to actress and founder of Texas State’s Musical Theater Bachelor of Fine Arts (BFA) program Kaitlin Hopkins. Amazed by Foster's talent, Hopkins reached out to Foster and invited her to audition for the program.

“I watched this video and was just blown away,” Hopkins said. “Jennifer’s ability to connect to the story she was telling through the song, her emotional depth and the sheer vocal ability for somebody that age; I mean she was just 17-years-old.”

Instantly accepted into the program, Foster moved from New York and attended Texas State for her freshman and some of her sophomore years between 2012 and 2014. She then returned to New York to work on two off-Broadway shows.

Foster first fell in love with musical theater at a young age when she made the unintentional switch from sports to theater extracurriculars.

“I was a hardcore tomboy growing up, and I wanted to do sports and everything, and my mom signed me up for baseball, and I remember being bullied,” Foster said. “Then I was like ‘mom can you sign me up for something else?’, and she signed me up for a musical and the rest was history.”

Since her time at Texas State, Foster has performed in several productions, including the 'Hollywood Bowl: Hair,' 'Carrie: The Killer Musical' at the Los Angeles Theater and Disney's 'Frozen–Live at the Hyperion.' She also produced her own album, 'Live at the Village', and stars in the Netflix original film 'The Babysitter: Killer Queen' as the character Boom Boom.

The film, a comedy-horror and sequel to the 2017 Netflix film 'The Babysitter', follows Cole, a teenage boy who two years prior defeated a satanic cult led by his former babysitter, Bee. Cole again finds himself fighting to outrun the forces of evil when problems from his past arise.

Boom Boom, Foster’s character, is a deadpanned teenager and a friend of characters Jimmy, Diego and Melanie, who in the end fall victim to the cult.

Foster says although she is excited to be part of the film, she was nervous at first because it differed from a lot of her previous work.

“I didn’t really know what I was getting myself into,” Foster said. “I read that I had a death scene and that was the first time I ever had to die. I was definitely a little nervous; I guess it’s a real test of your acting ability since you have to die, but luckily it’s kind of a silly movie.”

Although Foster was nervous about taking on a new challenge, Hopkins says Foster has always been determined to succeed.

With a career in musical theater and acting, Foster is also an arranger and created her debut album 'Live at the Village' in January.

Ro Rowan, the cellist for the album and friend of Foster, says any time Foster has an idea, it always ends up being something unimaginable.

Foster says although she knew the risks of her decision to produce a live album over a studio album, she was sure it was the right style for her.

“Doing a live album is so risky because it is live, and you don’t get to edit things, but that’s what also makes it so electric that this happened at that moment, and every second is real,” Foster said.

With a new album and movie out, Foster has surpassed all she hoped for but is far from done. She continues to audition for upcoming productions and hopes to land new roles and make more art in the near future.

'Live at the Village' is available on Apple Music, Google Play and Spotify. 'The Babysitter: Killer Queen' is now streaming on Netflix.