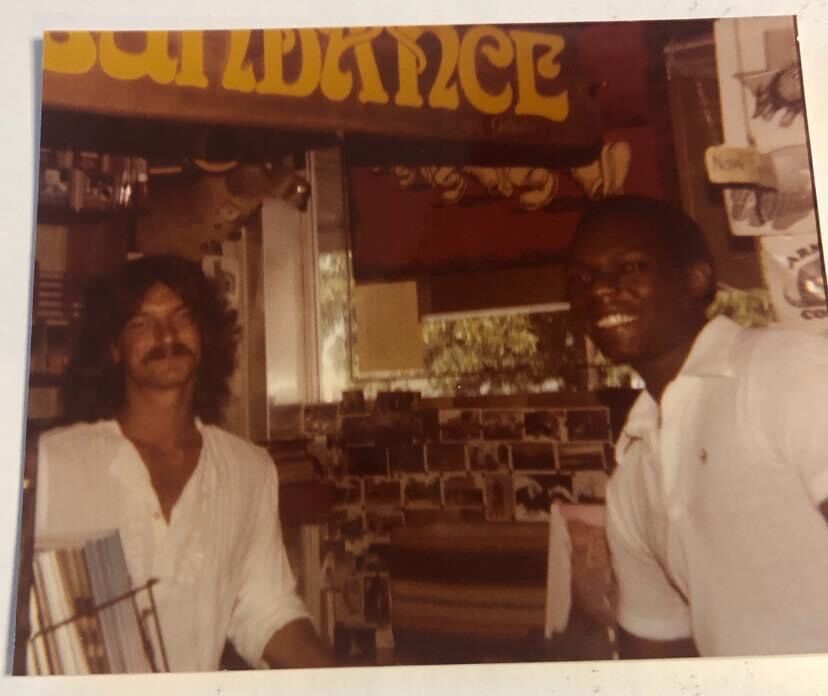 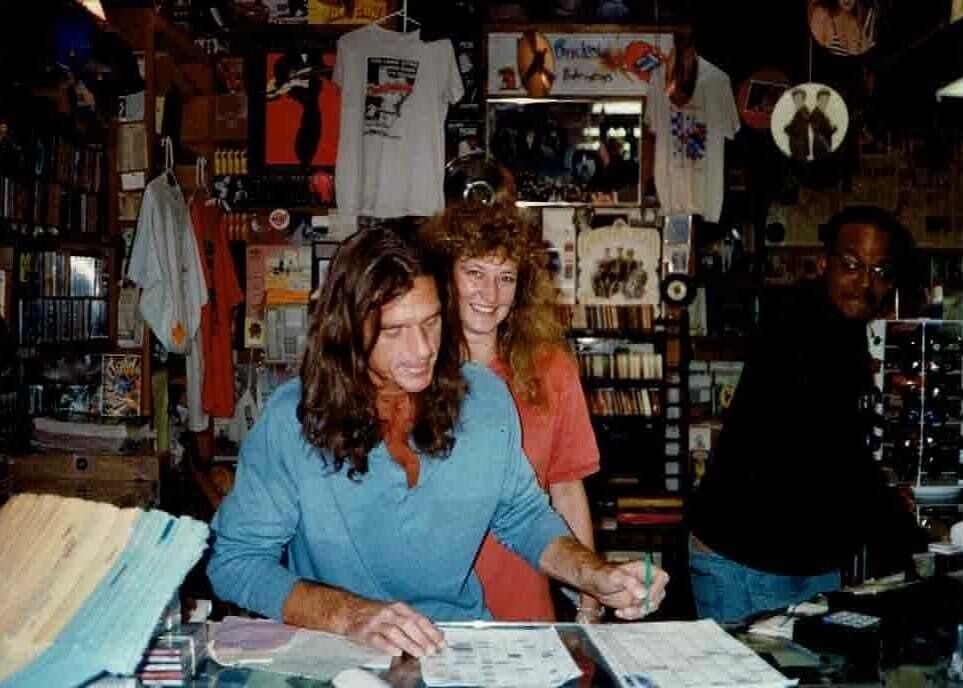 Bobby Barnard and his wife Nancy Barnard work behind the front desk during the early years of Sundance Records. 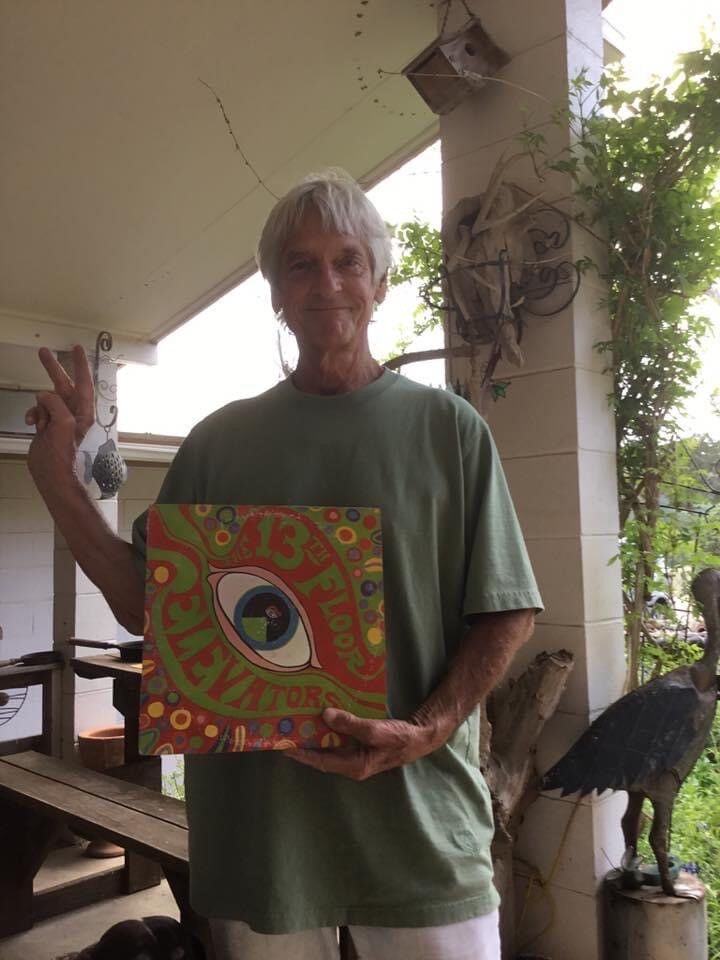 Records once dangled from the ceiling as music memorabilia lined the walls, while the smell of incense filled the room and melancholy tunes of blues drew customers in. Recognized as a true haven for music fans in San Marcos, Bobby Barnard's Sundance Records and Tapes rocked the city's soul.

Since the record shop’s closing in 2012, the San Marcos music community has been without its staple music pit-stop. However, former Sundance frequents will have the chance to relive the shop’s legacy and pay homage to the late Barnard, former owner and manager of Sundance, with a new pop-up shop set to open in San Marcos.

The passing of Barnard in August 2020 struck a chord in the hearts of long-time Sundance staff and community members. When rumors of the shop's reopening began circulating earlier this year, the public response shocked the store's former employees.

Tomas Escalante, owner of Sig’s Lagoon, a record shop in Houston, was a former employee and long-time friend of Barnard. Escalante was caught off guard by the public's reaction when news of Sundance began to spread.

"[Barnard's] visual impact is immense," Escalante says."That really affects a lot of people and kind of surprises us and probably would have surprised him too."

Rachel Akins, a persuasive communication sophomore who frequently thrifts for old trinkets, clothes and art, appreciates the repurposing of historical mementos from the music industry and sees the shop as a step back in time.

"I think it's really cool to preserve [memorabilia] because it's like what we now call vintage; it's a piece of history," Akins says. "[Sundance Records & Vintage Memorabilia] is a cool reminder of what life was like before technology."

Liv Wilkins, an elementary education sophomore who collects vintage records and cassettes, is also looking forward to the shop's opening.

"Records, specifically right now, are super trendy in the media," Wilkins says. "With college students, I think [a record shop] would do really well in San Marcos, even for aesthetic purposes."

Escalante is working with Nancy Barnard, Bobby Barnard's wife and former co-owner of Sundance, to organize a time and place for the limited opening of Sundance Records & Vintage Memorabilia. During the shop's run, vinyl will not be for sale, but posters, vintage shirts and other souvenirs will. Once the shop closes, leftover items will be sold online.

"There's promo posters through the years, like 40 plus years of posters," Escalante says. "I think there's gonna be some of [Barnard's] stuff that might even be framed."

Escalante and Greg Ellis, owners of Groover's Paradise, a record store in Austin, both worked closely with Barnard when they attended Southwest Texas State University. During their time under Barnard's wing, the two men learned how to run a record shop effectively thanks to Barnard's "watch and learn" managerial style.

"He really wouldn't tell you that 'this is a valuable standard to run a record shop,'" Ellis says. "'Just watch and learn about it.'"

Both Ellis and Escalante have gone on to open their own respective record shops after working at Sundance. Although Ellis was employed before Escalante, both men saw Barnard as their mentor and friend.

"[Barnard] ran a tight ship," Escalante says. "He was the guy that told you what you didn't want to hear, but he was right, and sometimes it rubbed people the wrong way."

After Sundance's initial shut down in 2012, Escalante asked Barnard to decorate the walls of Sig's Lagoon as a nod to the shop that inspired it all. Barnard would spend weeks organizing newspaper articles and posters into small shrine-like collages, tinged with reminiscent incense. The decoration of Sig's Lagoon keeps Barnard's creative spark fresh in his friends' minds.

"[The article clippings] are something I really haven't kept up with," Escalante says. "On one hand, I want to keep doing it, but on the other, it's almost like a timestamp of when he was there."

Barnard was able to manage a popular record store in San Marcos despite the demographics changing every four years due to students graduating.

"You have to learn how to serve different folks [in] different ways that will appeal to everyone and keep them happy and respected. You have to win back [college students'] interest every four years," Ellis says. "[Barnard] was an extraordinary guy... a successful record store in a small college town."

Ellis and Escalante loved Barnard for his tenacity, passion and influence. His mark in the San Marcos music community is not one that can be phased by death.

"[Barnard's] probably the most charmed, lucky guys you would have ever met," Escalante says. "One of the mottos I've had to tell every person in [Texas State] is the people you meet now, you don't know what kind of impact they're going to have later in life."