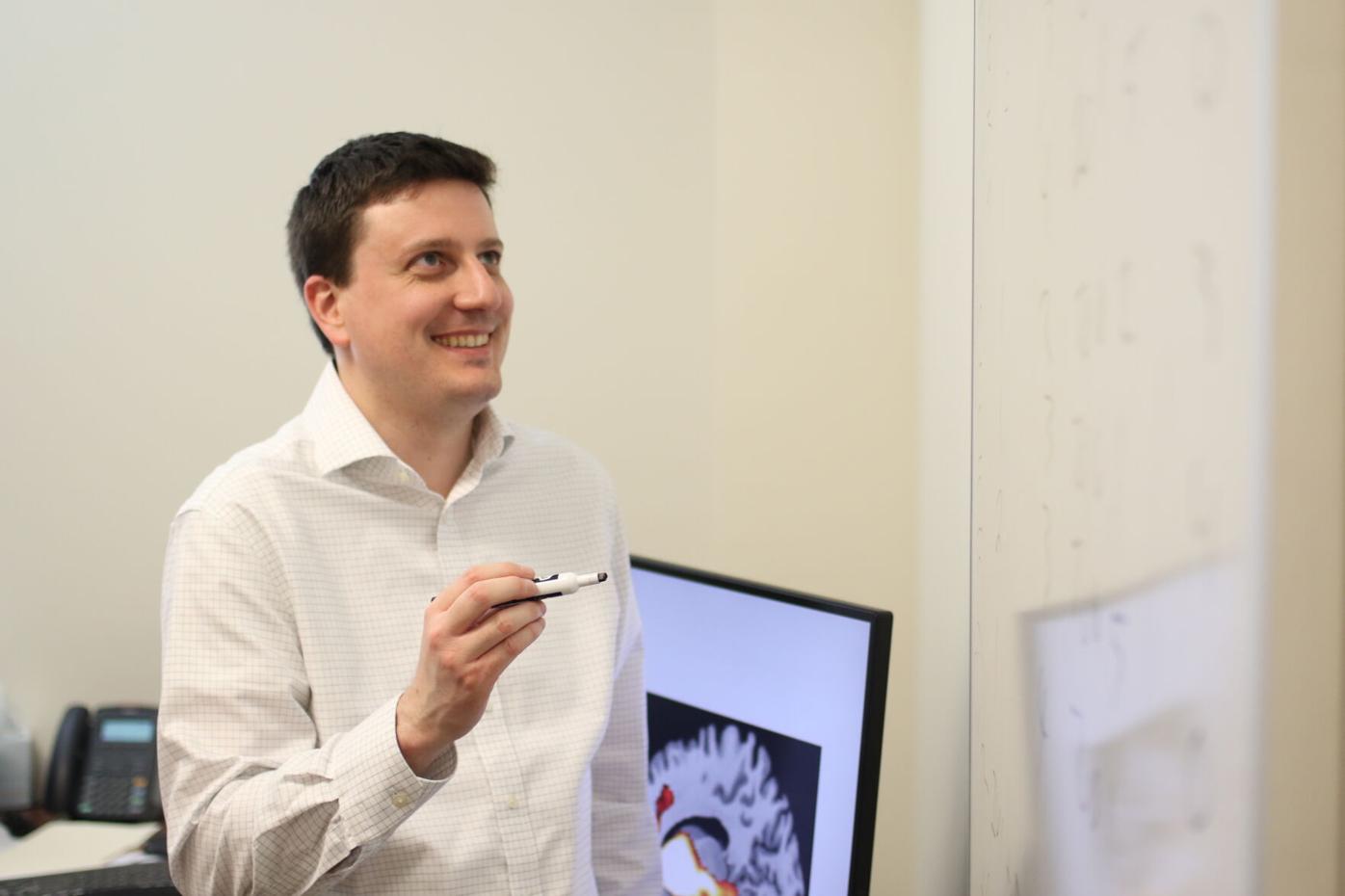 Computational medicine can help with early detection of Alzheimer's Disease through MRIs of the brain.

Dr. Alessandro De Nadai, an assistant professor of psychology, explains the field of computational medicine as the process of teaching machines to analyze data too large for a computer to handle at one time. This process benefits the healthcare field, aiding in the earlier detection of Alzheimer’s disease and identifying more accurate predictors of a person’s risk to misuse prescription drugs.

He provides the example of a clinical trial of people with anxiety disorders and OCD. The traditional maximum enrollment for the clinical trials might be around 400 people. However, with computational medicine, datasets of up to 20 million participants can be analyzed, meaning far more people can receive treatment and intervention.

A lot of De Nadai’s work in computational medicine centers around prediction. Finding data-supported answers to questions like whether a multiple sclerosis diagnosis means a person has one year or 15 years before a disease becomes degenerative can make a huge difference in the way a person plans their life. Training machines to analyze far more data than a human ever could allows for more accurate predictions.

Of course, underlying all of the number-crunching is a human element. De Nadai is conscious of the responsibility he and other researchers have to focus on — serving the patient.

“It’s hard enough to predict the weather, much less what people are going to do,” De Nadai says. “At the end of the day, all of these diseases involve people. If you do a surgery, you’re not just acting on muscle cells. Our goal is to make this person’s life better. There’s a lot of consequences that come with that.”

“Computational medicine can do a much better job at diagnosis using large data than providers can," Fulton says. "Point in fact, breast cancer identification and classification [is] much better done through machines than a radiologist; the algorithms can be trained to better classify indicators that physicians or providers won’t even be able to see. They can get through thousands and thousands of x-rays in the time it would take a radiologist to get through one.”

Although some people may be wary of the increased automation of the future, Fulton points out that the public already routinely relies on machines, such as pilots using the autopilot function to land planes in conditions of zero visibility. When framed that way, Fulton believes a future in which surgeries are performed entirely by machines, with oversight by a human (a feat of technology that already exists), does not seem too far off.

Dr. Ty Schepis, a professor of psychology, also relies on computational medicine in his work, though for him the field is more focused on identifying risks and patterns. Specifically, he looks at prescription drug misuse and the factors that might put an individual at higher risk for using.

He says computational medicine can highlight relationships people may not otherwise be aware existed, such as behavioral patterns that tend to make a person more likely to abuse substances. Identifying the patterns, behaviors and places that tend to trigger a person’s drug misuse can help in preventing that misuse.

Computational medicine also allows people who have historically been overlooked in studies — racial and gender minority groups — to be considered and treated.

Schepis is optimistic about the future of computational medicine and how its capacity for hyper-specific analysis will allow the practice of medicine to become much more personalized and widely known.

“[Computational medicine] gives us the ability to answer questions that we previously haven’t been able to," Schepis says. "With large data sets, we can get at much more specific groups of people, not just your very large white male [type] of groups; we’re able to talk about smaller minority groups who haven’t traditionally been studied. We can answer questions about those folks that we haven’t been able to answer in the past.”