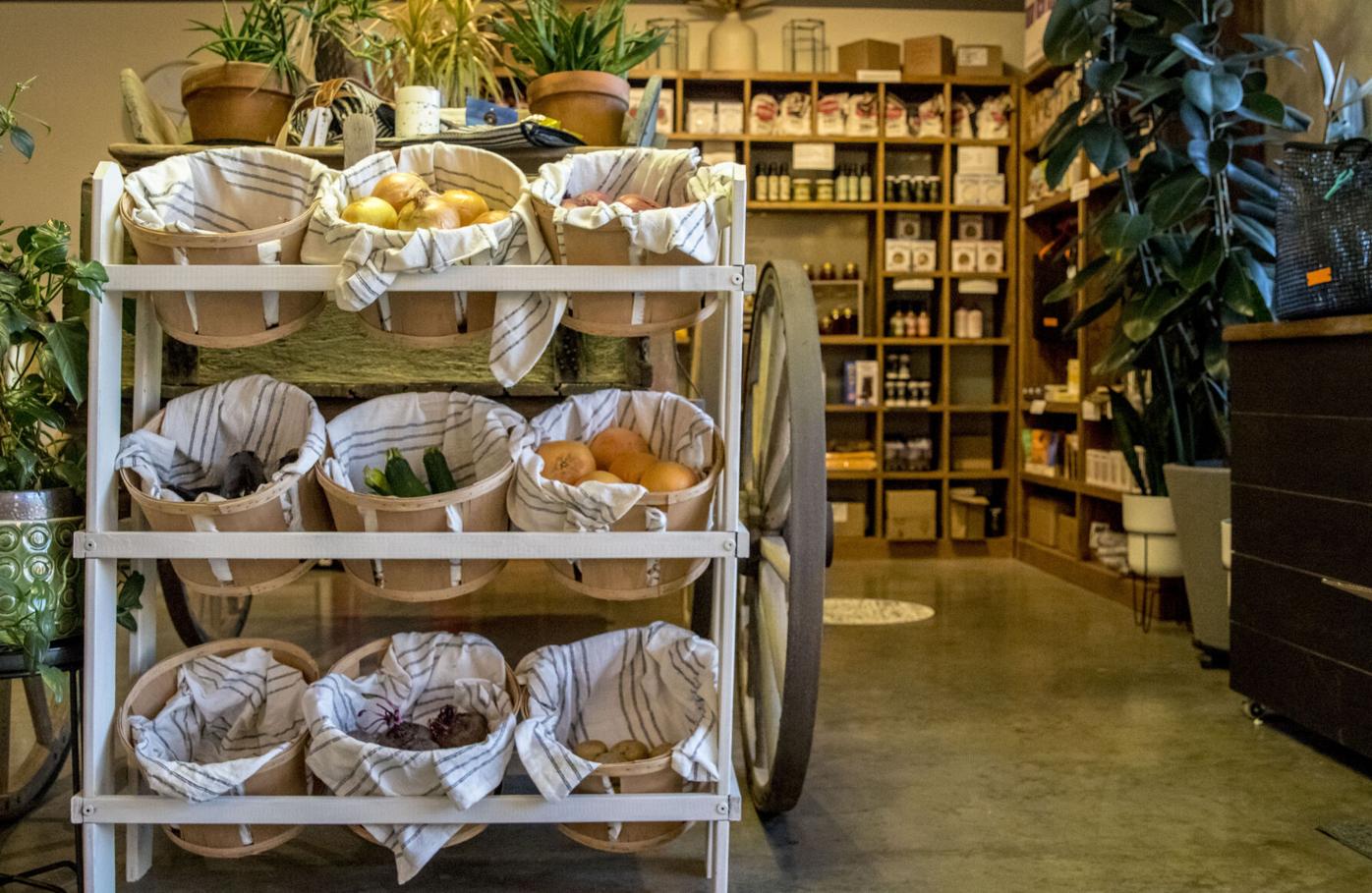 Locally sourced food, sustainability and community are all at the top of the list of things most important to the owners and friends of Radish & Dill, San Marcos' newest fine food market and restaurant.

Owners Diana and Christian Espiritu had the idea to open a sustainable, farm-forward food market in which they could support local businesses by using their products in the food they prepare and selling the products separately to the community.

After some setbacks and the pandemic halted plans to establish the business in 2018, Radish & Dill finally opened in early September.

Located on 102 Wonder World Drive, Radish & Dill gives customers the option to order food from the menu or pick up options from a grab-and-go fridge that features menu items such as prosciutto sandwiches, heirloom tomato carpaccio salad, vegan chowder and fresh-pressed juices.

A handwritten sign with the business' pledge to its customers hangs on the wall in the restaurant, telling customers that Radish & Dill exists to focus on what matters most: "the people in our community, rich experiences and expressing creativity."

"We really do all feel that the most important aspect of our business isn't necessarily the food we're serving or the money we're making or the business we're running," said Diana Espiritu, co-owner of Radish & Dill. "It's really about our human experience, just here in San Marcos, really, but on the planet. Just how we're all making sure that we're all feeling good and happy and healthy while we're working here."

Their mission is accomplished through the careful consideration and selection process of choosing what foods and products to sell.

One section of the restaurant Radish & Dill takes pride in is the food market wall consisting entirely of products and foods from local farmers and businesses like Three Six General, a butcher shop that sells locally sourced charcuterie, produce and artisan cheese.

"We spend hours upon hours upon hours sourcing the products made, making sure that everything on the shelf is sustainable ... every item is intentionally chosen to support our farmers, families, women-owned businesses and our delicate environment," Diana Espiritu said.

Besides serving good food, sustainability is also an important value in running Radish & Dill. In fact, most of the food packaging is recyclable or compostable. For example, the salads at the grab-and-go fridge are served in glass jars that can be brought back to be reused.

Since everything is sourced locally, Radish & Dill's menu is always evolving. As the seasons change, the produce that farmers grow and harvest does as well. With an adaptable menu, the Radish & Dill team is learning as it goes.

"There's not one aspect that's not totally thought out before we do it but we have to kind of figure things out as we go as well, just because we're presented with new challenges, new opportunities, new products every day," said Nick Eaton, general manager at Radish & Dill.

Diana Espiritu said she and the other partners went through many trials and errors of finding the right food and combinations of the food to end up with something they would be proud to put on the menu.

According to Ted Espiritu, Radish & Dill chef and the brother of owner Christian Espiritu, it is still a cycle of taste-testing and experimenting with food combinations to find what works for the restaurant. He said as he is learning to create new recipes and menu items, he hopes the customers are learning too.

"I don't want to expand the menu. I'm not trying to have like, you know, some places you'll go, they'll have an overwhelming menu, where they have so many items. I'm not about that," Ted Espiritu said. "I'm more about just producing really good food with local products, but also being able to change that menu. So I don't want to just be a stagnant menu that's 'oh, I'm going to go here, because they always have that.' I want people also to be coming in and saying, 'what are you guys working on?', 'what's the newest thing that you guys are going to be putting out?' So not only are we working with local businesses, but we're also educating some people on what's available during that time and during that season."

Ted Espiritu has been an executive chef for 13 years, with experience mainly in hotels and hospitality. He said when Diana and Christian Espiritu came to him with their vision of opening a food market, he was drawn to it because, as a food market, Radish & Dill could stay open if there was another quarantine.

Most of all, Radish & Dill didn't sound like the busy restaurant experience he had gotten used to and tired of. Instead, it offered fresh new experiences that allowed him to experiment.

He said establishing the business in a growing city like San Marcos with people from different food backgrounds challenges him to try new things so Radish & Dill can cater to different diets, cultures and tastes.

"San Marcos being a college town or university town, we get a melting pot of different people," Ted Espiritu said. "[To] sort of bring different cuisines here would be, even for me, it would be great. So if I can put some of my experience into the menu and into the seasonal changes of the menu, that's all the better. Plus it also, you know, monotony — I'm not a big fan. So I like to keep things moving and keep things changing. Most people don't like change. I love it. I accept it. It's a challenge that I'd love to tackle head-on every time."

The Espiritus and Eaton all hope to widen the outreach of Radish & Dill to neighboring cities like Buda and Kyle, Texas. For now, since the business is still fresh in San Marcos, their focus is on the present and making sure that their bases are covered so the future can fall into place.

"We are trying to grow organically and kind of small as we kind of step things up and kind of ramp everything up," Eaton said. "We're still in the hiring process, we're still in the, basically, soft opening stage, if you will. So we're figuring out our equipment and consistency with everything ... and the next thing would be to really get the outreach going to let [the community] know exactly what our values are, where we stand and why we chose the things we do."