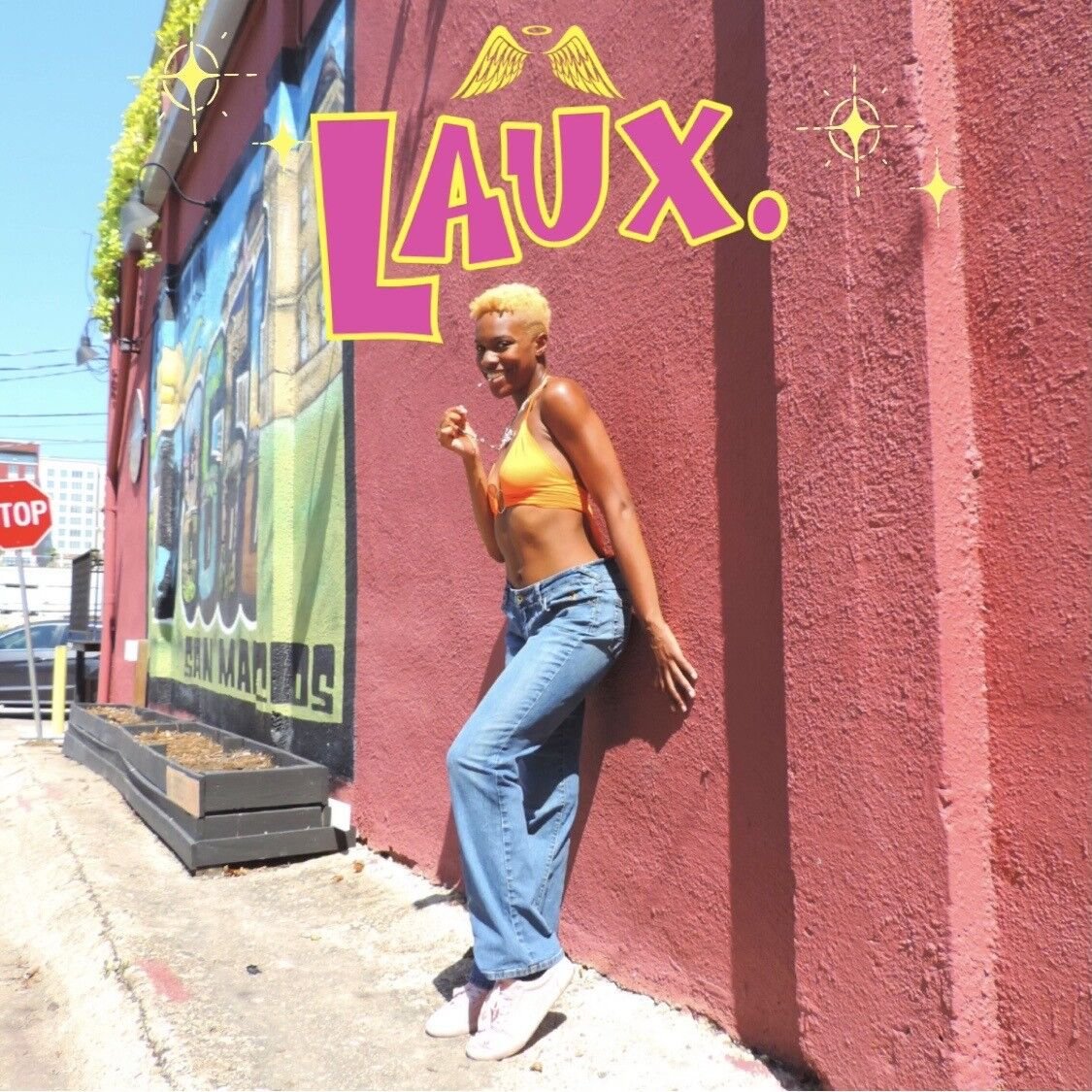 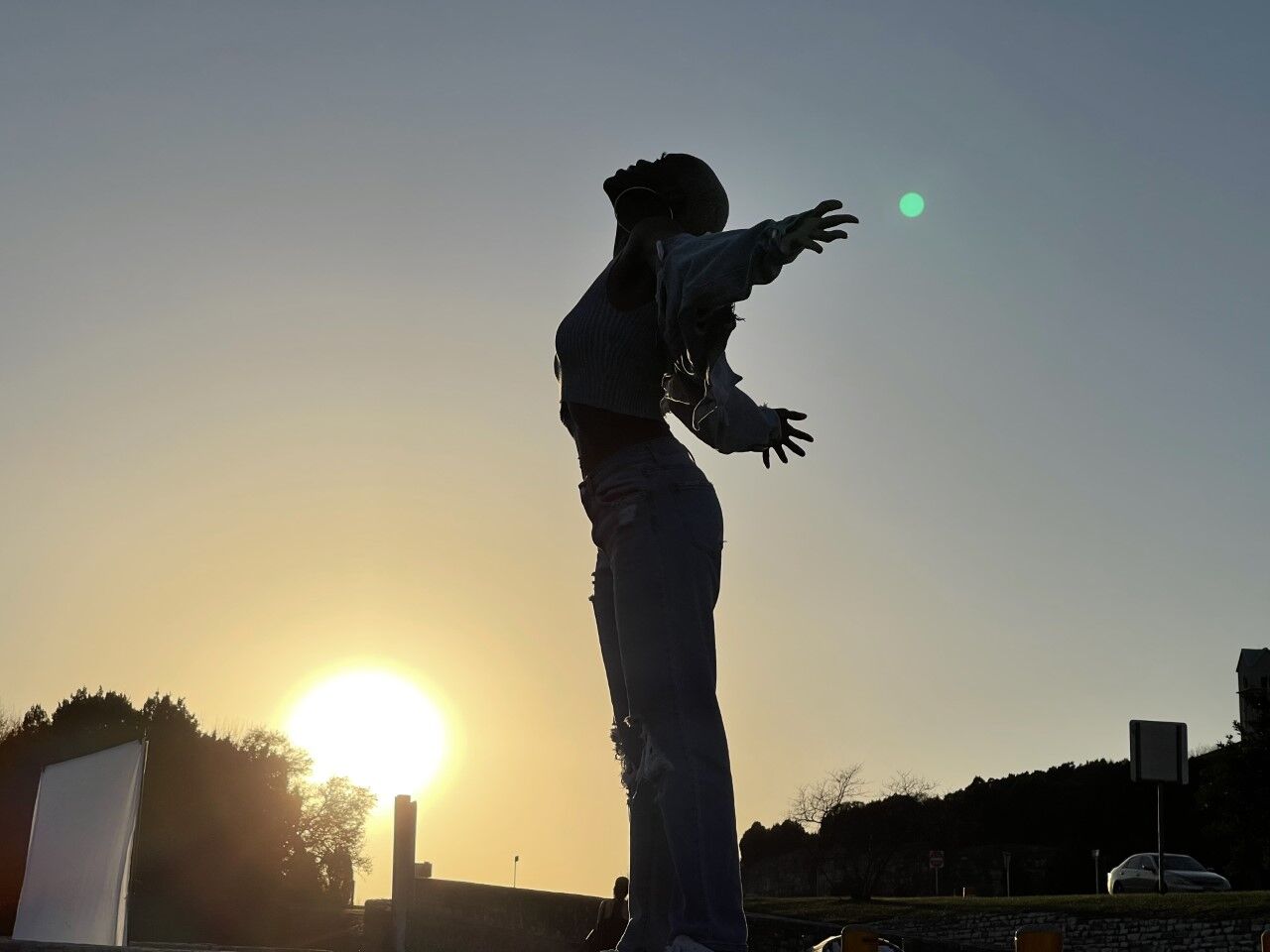 Baines poses for a promotional photoshoot with photographer Slim, Jan. 30, 2021, in Austin. 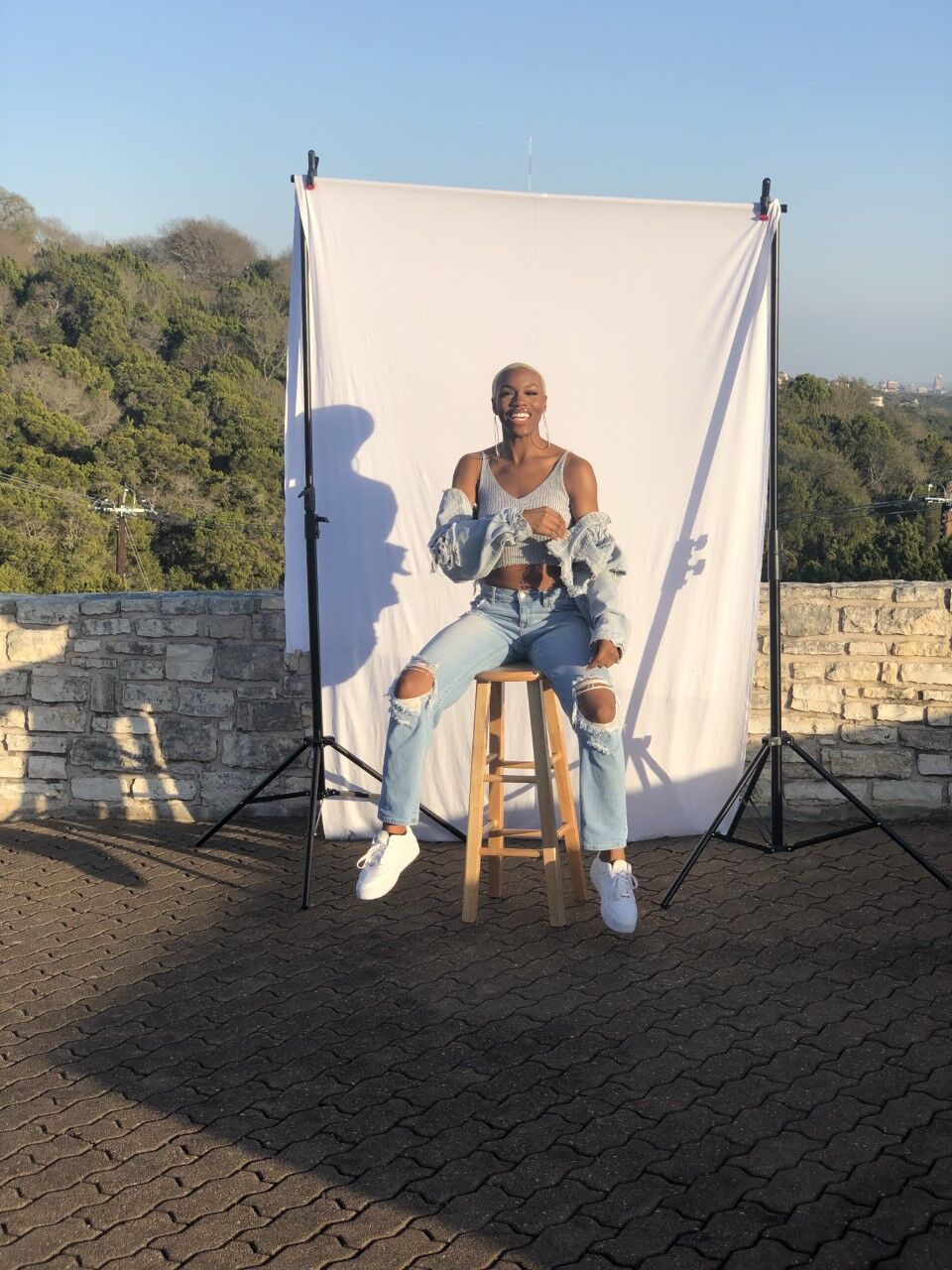 The singer and rapper known as LAUX. (pronounced “low”) often finds herself waking up from a dream, good or bad, struck by inspiration for her next musical experience. She eventually makes her way to the bathroom counter, her mind and writing hand flowing in unison, and works to introduce her shut-eye thoughts and experiences to the world.

Baines has held an interest in writing her entire life. Music takes her mind and soul to a place no other artistic expression can. Like so many other Black female artists who work twice as hard to get the same respect as their male counterparts, she uses her music as a way to express her true, authentic self, regardless of who respects it or not.

Baines' time at Texas State has helped her enhance her skills. She is prone to bouts of inspiration at any time, especially when sitting in a creative writing class.

"[I knew] changing my major to English would help my music because my thesaurus would become so big. I’ve noticed it in my freestyles, how my vocabulary has changed so much,” Baines says. “[My] creative writing class teaches me about the different rhythms for writing poetry. Rap is just poetry in motion.”

The lifelong writer began her singing career in a Houston church choir when she was only 4 years old. She has since gone on to perform for former President Barack Obama, U.S. Rep. Sheila Lee Jackson and R&B singer Jacob Latimore, all as part of a jazz band she joined in middle school.

Her dreams for the future are even bigger, and when her day in the BET spotlight comes, she expects to have her best friend, roommate and manager, Dizzy Harrison, standing by her side.

Harrison, a theater sophomore, first heard Baines’ music after the two became roommates. As soon as she heard Baines rap, she was hooked. Since that day, she has served as Baines' photographer, videographer, costume designer, booking agent and cheerleader.

“The sky isn’t even the limit. The only way is up. She is going to make it. That’s indisputable,” Harrison says. “I want to do whatever she wants. If it’s a few Grammys, we’re going to get it. If she wanted to be the first headlining artist on Mars, I’d make it happen.”

Denzel Stone, an economics and computer science senior, is a producer for Baines. He shares Harrison’s wholehearted belief that Grammy wins are in Baines' future.

“She has a really infectious energy to her music. You can’t help but bob your head. Her breath control and her understanding of wordplay and metaphors are things that really stand out,” Stone says. “Her sound is nostalgic but very new at the same time. It’s not something you hear from a lot of people. She has a one-of-a-kind voice. It’s really rich and robust.”

Baines’ unique style is inspired both by her theater background and artists like Lauryn Hill, Aminé, Rico Nasty, Whitney Houston, A Tribe Called Quest, Flo Milli and Megan Thee Stallion, whom she shares a Houston connection with and often gets compared to.

Baines' music is a result of all her inspiration converging, a “hard-hitting, unrelenting and beautiful" experience, Harrison says.

Using her art as a channel to talk about race is important to Baines. Her desire to combat racism only intensified after she read the works of writers like Audre Lorde and Octavia Butler.

“I make music for Black women to know that it is okay to feel all of your emotions, no matter what emotion it is,” Baines says. “I feel like Black women are [expected] to just consume disrespect and sexism, but it’s really important for me to let young Black girls know that these things that happen are not normal and they’re not okay. You have every right to process those emotions.”

Baines remembers feeling like she was not allowed to get upset over losing out on opportunities because a male or non-Black person was selected over her. Now, she views anger as a necessary step in the process of enacting change.

“Being angry is okay. I have lived through racism all of my life just because I am Black,” Baines says. “In order to change, we need to educate ourselves. [It’s] not about asking a Black person to educate you. We have all these resources that we can look into. Use your privilege to help share that knowledge.”

For now, Baines is looking forward to a post-pandemic world. She hopes the world soon holds opportunities for music videos, live performances and another EP. Regardless of what is in store, Baines knows getting to share her music and inspire other Black women to shine as themselves will feel surreal.

Texas State's administration provided details on the university’s plan for a return to normalcy this fall semester and addressed the benefits of COVID-19 vaccinations during an April 20 virtual Town Hall meeting.