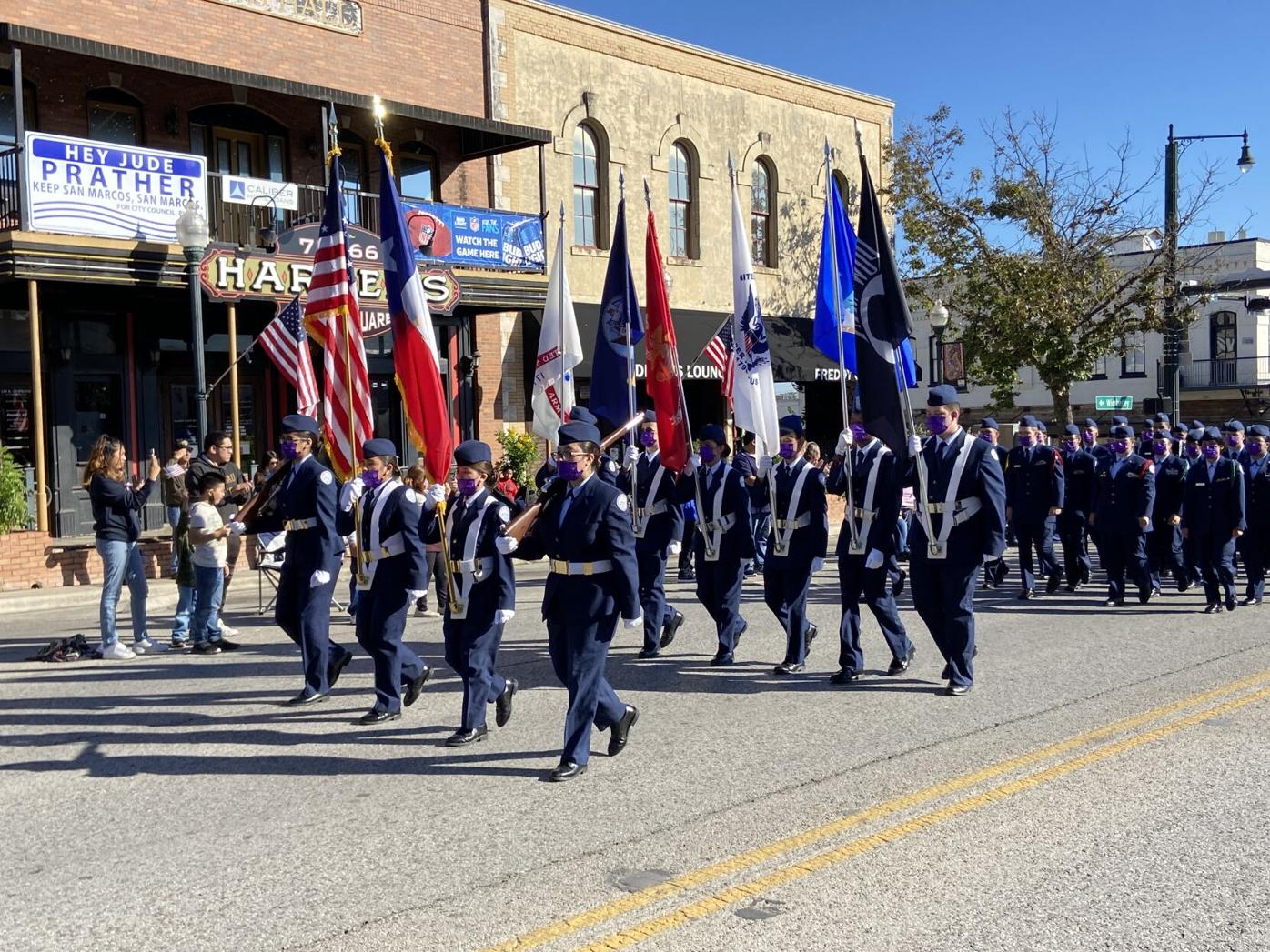 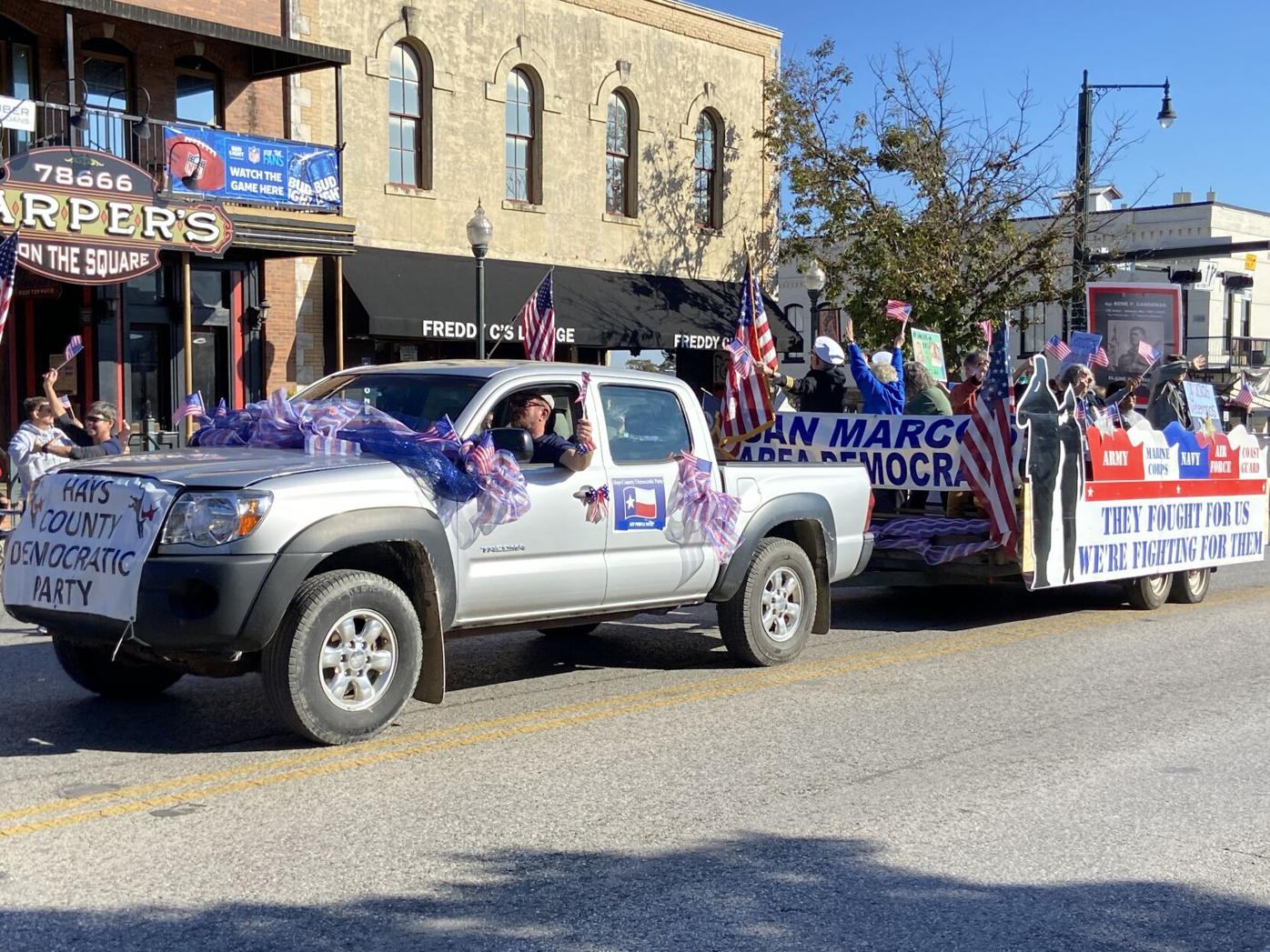 Members of the Hays County Democratic Party wave at parade attendees at the San Marcos Veterans Day Parade, Saturday, Nov. 6, on the Square.

The sights of smiling faces and the sound of cheers filled the streets of San Marcos as community members waved American flags and watched the annual San Marcos Veterans Day Parade on Nov. 6.

Hosted by the City of San Marcos Community Services Division, this year's parade theme was "Honoring All Who Served the United States of America." The procession began at 10 a.m. and made its way down Hopkins Street to showcase local veteran groups, military organizations, civic clubs and bands.

Before the parade, children five years and older were invited to join the Kiwanis Club Kids Bicycle Brigade to decorate their bicycles and scooters on the Hays County Courthouse lawn to ride them in a procession before the main parade.

Organizations from San Marcos and surrounding areas were in attendance to show support and walk in the parade. A few of the groups included in the procession were the Hays County Democratic Party, the San Marcos High School Rattler Band, the Veterans Alliance of Texas State, the Mermaid Society of SMTX, the Combat Veterans Motorcycle Association San Marcos Chapter and the Lehman High School Junior ROTC from Kyle, Texas.

Since the parade was canceled last year because of the pandemic, Guerrero said he was glad the community could gather again for the event and properly thank those who have served their country.

"This being focused on veterans, it's that reminder of why we separately celebrate Veterans Day, which is to acknowledge the people that served that are still here," Guerrero said. "I think that's really important that we always want to thank them for the service but then that reminder to be appreciative of their presence. We're thankful for the past, but we're appreciative they're still here."