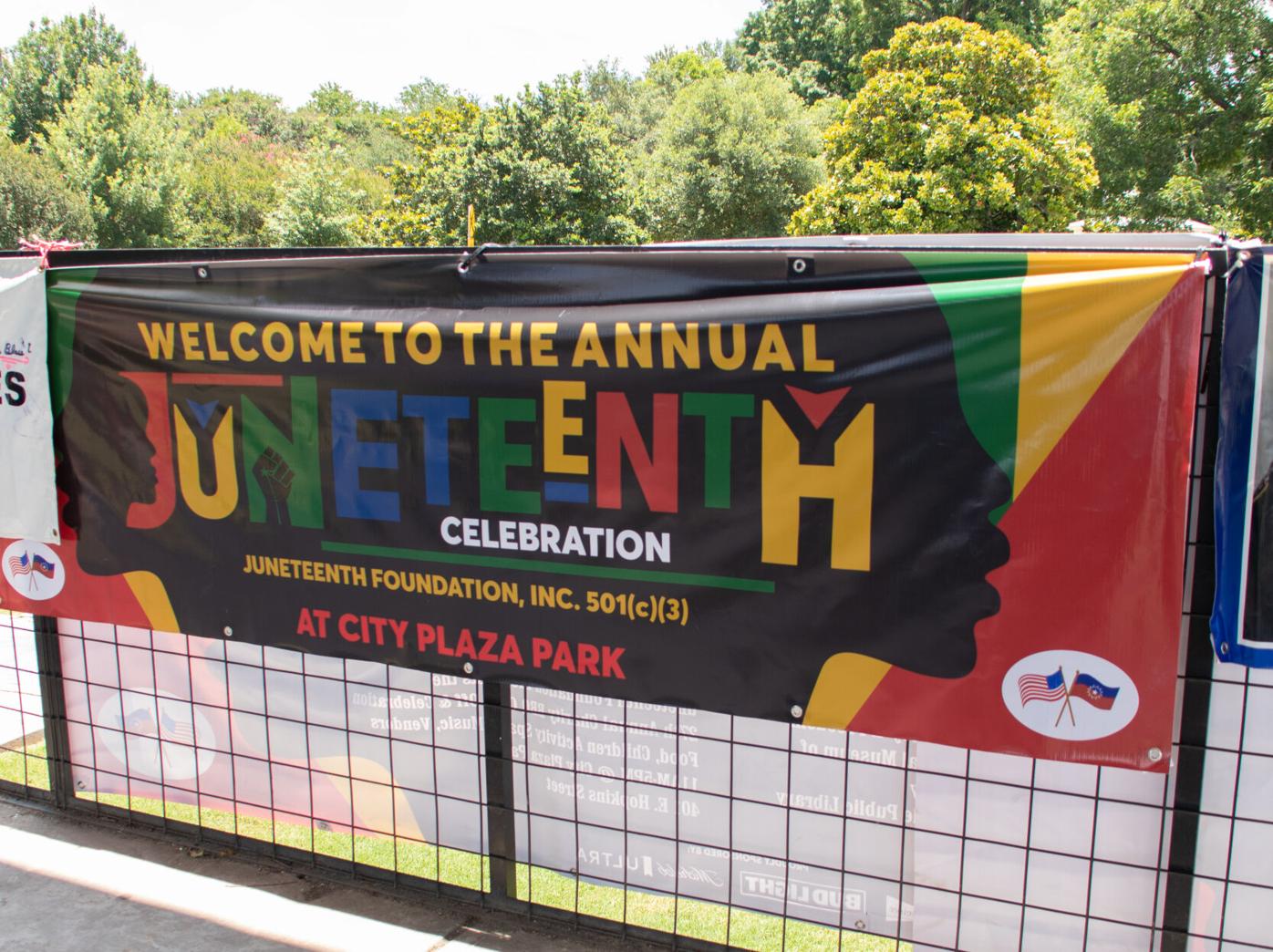 A sign for the Annual Juneteenth Celebration, Saturday, June 19, 2021, at Plaza Park. 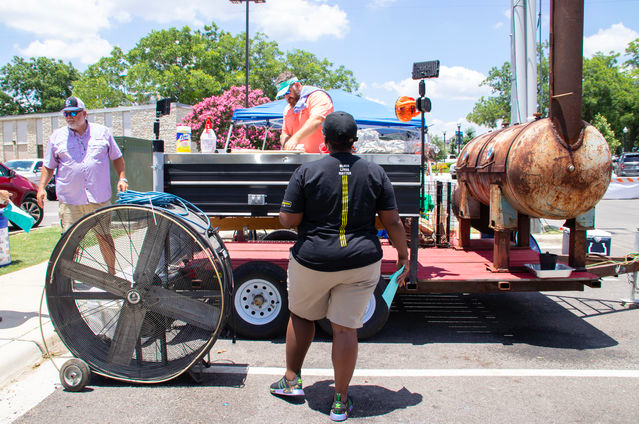 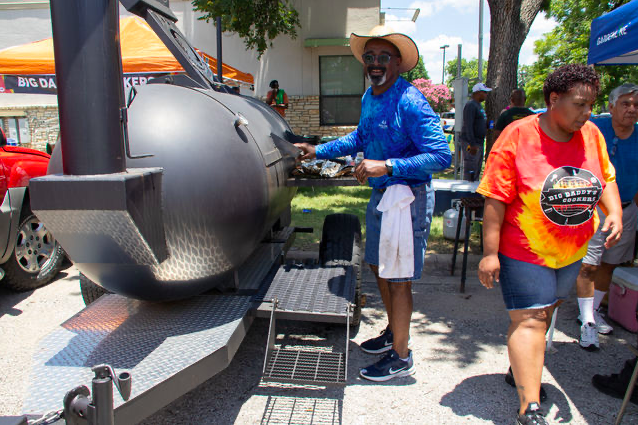 With the smell of barbecue filling the air, the sound of oldies music ringing out and the warm sun shining down, the community gathered at San Marcos City Plaza Park on Saturday for the San Marcos Juneteenth Foundation's 27th annual Charity Cook-off.

Since 1994, the Juneteenth Foundation has hosted the Charity Cook-off to raise money for local scholarships. The organization's purpose is to promote awareness of the significance of Juneteenth and raise funds for local causes.

Last year, the COVID-19 pandemic brought the annual event's planning to a halt. This year, however, once it was safe to gather again, the organization got to planning an event that would not only celebrate Juneteenth but also bring the community together once again.

For Dr. Vanessa Westbrook, the vice president of the Juneteenth Foundation, these community events are incredibly important; they allow community members of all backgrounds to sit back, relax and meet new people in town.

"Especially when you think about the last 18 months, and [this time last year], things have been just so hectic and just so discombobulated," Westbrook says. "The idea of being able to come outside and go with friends and meet new people [who] don't look like you, but you're all sitting down drinking a sports drink, you know, drinking a bottle of water, that kind of thing. And that's what we're trying to promote here."

For Westbrook, who also serves on the Hays County Historical Commission and as the chair of the African American Heritage Committee, an event like this allows community members of all backgrounds to relax and have conversations with people they have never met before.

"Coming to something like this is a great way to have conversations with your neighbors who don't look like you and talk about the meaning of Juneteenth," Westbrook says. "And as you look around, you can see there's people from all nationalities and different skin colors here. And, you know, there's a lot of people here, there's no one set of people here."

The event featured local vendors, a kids' zone, music and 13 cooking teams from across Texas who competed in the charity cook-off.

Mercy Lara, a grill cook from Outsiders Hot BBQ in San Marcos, spent his first Juneteenth Charity Cook-Off grilling and chatting with friends he had not seen since before the pandemic. He says it was nice for him to see the community come together again to celebrate an important holiday like Juneteenth.

"People nowadays can be racist and stuff like that going on now. People have hate. But this is like, everybody, [of] different colors, altogether. We're all human. We're one. Here we can just unite, and we're one big family," Lara says.

As someone who grew up in San Marcos, Lara says his favorite part of the event is raising money for local students.

This year, the Juneteenth Foundation implemented a new fundraising approach called the "People's Choice Award." It allowed guests to make a $10 donation and receive a barbecue ballot to walk around, sample all of the food and vote on which cook had the best in a particular category such as chicken, fajitas and ribs.

Hours before the event ended, the ballots sold out.

One of the event's vendors, Hays County Democrats, was registering guests to vote. CJ Cetina, a political science senior and precinct chair for the Hays County Democratic Party, says attending the event was a great opportunity to connect with the community, especially since Juneteenth recently became an official national holiday.

As a student, Cetina says education is the most important thing to consider when celebrating Juneteenth. He says everybody should learn about the holiday's importance, history and relevance just like they learn about President's Day or MLK Day. According to Cetina, education is the way to incite change from the country's past mistakes.

"A lot of people didn't hear about Juneteenth until this year or last year because of the racial injustice [and] protests," Cetina says. "I feel like it's something that we should be taught in schools because we need to acknowledge the past, especially the racist mistakes that we made here in this country."

Serving as an opportunity to acknowledge this important piece of U.S. history and celebration of community, the 27th annual Charity Cook-off was a success. Westbrook says it was nice to see the community gather again in the name of an important holiday, and, next year, she hopes to reach even more members of the community to celebrate.

"I've met, gosh, 200 new people today; that's the fun part to me," Westbrook says. "You know, and they all look very different, and they all came for the same thing, the Juneteenth celebration."