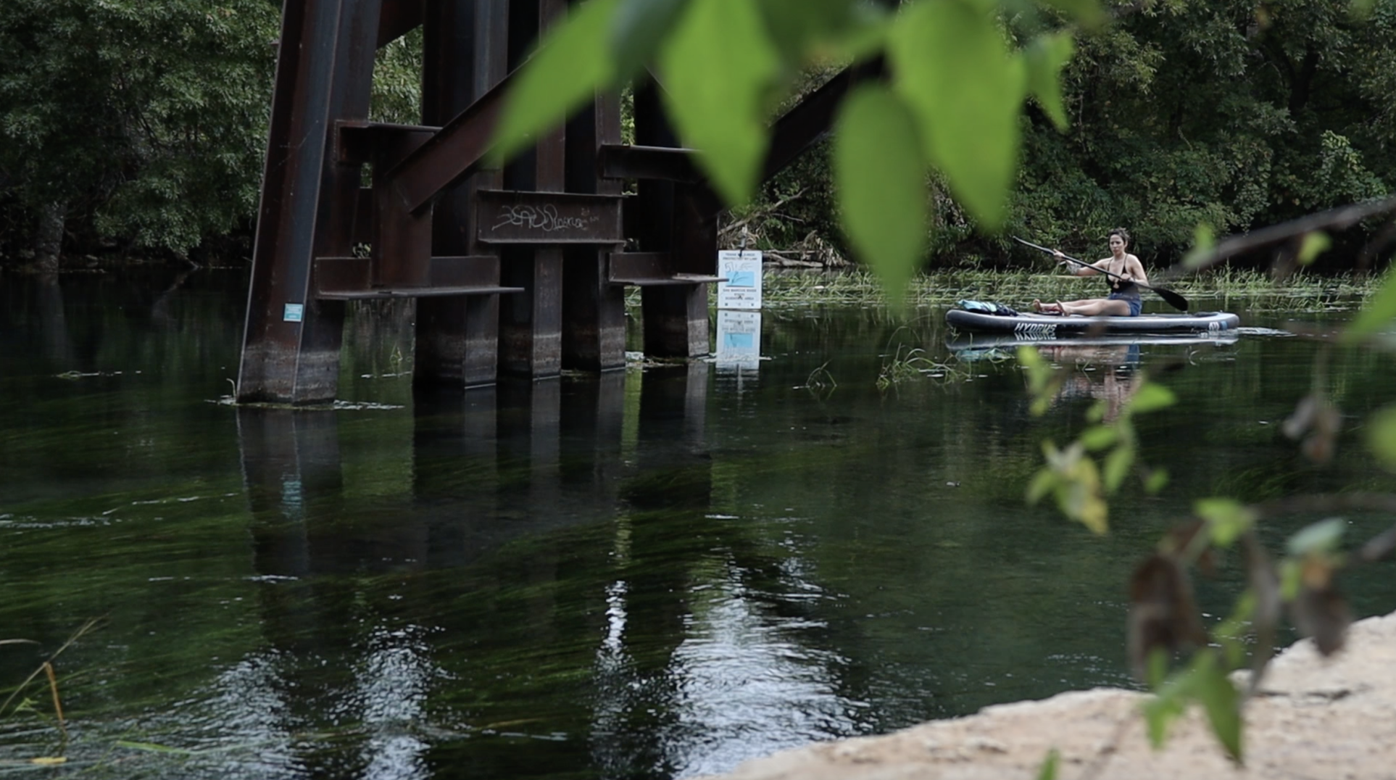 A woman paddles down the crystal clear water of the river in San Marcos. 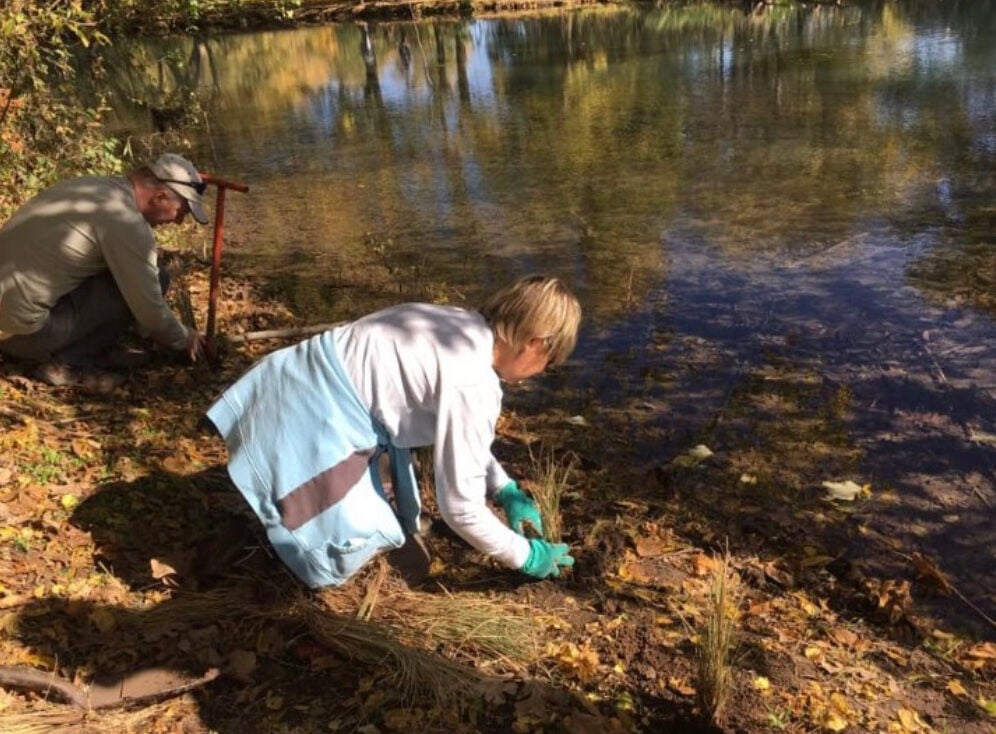 San Marcos River Foundation volunteers plant small trees along the river in fall 2019 at the organization's property located on the East Side Preserve.

Recognized as one of the most biologically diverse waterways in the U.S., the San Marcos River is a fascinating environment, home to aquatic wildlife and endangered species.

Originally established as a group of motivated individuals committed to protecting local waterways, the San Marcos River Foundation has expanded into an organization that has tackled a flow of projects, such as wastewater treatment permits, volunteer initiatives and the removal of invasive species.

“It all comes down to if something is going to harm the river, we’re going to work to fix it or work with the stakeholders to tweak whatever it is that’s going to be a problem,” said Virginia Condie, executive director of the San Marcos River Foundation.

Due to COVID-19, the organization is limited in the number of volunteer events it normally puts together. At one of its most recent events, the city’s fall river clean up, only 10 volunteers helped collect trash—a significant change from the usual 50-100 sized groups the organization is familiar with.

He says he works on the property at least once a week but hasn't received a lot of outside help which can sometimes be a challenge. However, he welcomes those interested in volunteering to help him on a one-to-one basis as volunteer opportunities this year are minimal.

"It's hard to plan because there are some projects that I want to get involved in, but if you don't know who's coming or when they're coming it's hard to do stuff," McBride said.

In the near future, McBride says the organization is hoping to coordinate an event where it will plant about 50 trees. The project has not been finalized; however, he anticipates the event will take place sometime in December and believes the organization will need about 10 volunteers.

Being involved in the organization for 12 years, McBride says his contributions to the local environment have allowed him to develop a sense of ownership and genuine care for his community.

"When I moved here I wasn't involved in any of this stuff," McBride said. "It gives me something to do, and it does give you a sense of contributing to the community."

Despite a reduction in volunteer projects, Michelle Rumbaut, current board member of the San Marcos River Foundation and Southwest Texas State alumna, says with river and park closures, the quality of the river has improved tremendously. She says animals, such as otters, which have not been seen in years, have begun to reappear.

“Fewer people means the animals are happier and that the water’s cleaner,” Rumbaut said. “The pandemic has been a boom for the environment.”

Rumbaut joined the organization back in the '80s when she was a Bobcat herself soaking up the river. She says she would love to see an outflow of student involvement in the organization to keep it vibrant and alive.

“It is really amazing to think that the river has been running for thousands of years from an underground aquifer,” Rumbaut said. “If we, the people that live here, don’t [take] care of it, it can easily be ruined like other places, other waterways have.”

Signing up for the organization's free newsletter is another opportunity for involvement. Condie says information provided in the newsletter is a great resource for individuals to stay up-to-date on volunteer opportunities and educate themselves about local issues.

“City Council makes decisions that can influence the river in one way or another, and it's important that they get feedback from the community,” Condie said. “A way for students to become involved is to learn about the different issues that do affect the river and make their opinions known.”

While students may move from San Marcos once they graduate, the attitude and appreciation they might develop through involvement in the local environment is something they can carry with them wherever they go. Rumbaut says with climate change and increased urbanization, now is the time for individuals to take care of the environment.

“We need this coming generation to be super aware and super advocates for nature,” Rumbaut said. “Connect here while you can, while you’re in San Marcos, and discover the marvels of the river; if you stay in San Marcos you can continue to help, but even if you move somewhere else, be aware of the nature marvels that are in every community, and continue to protect those places.”

For more information about the San Marcos River Foundation and opportunities for involvement visit its website or Facebook page. Those interested in volunteering with McBride can email him at docdik@mygrande.net.