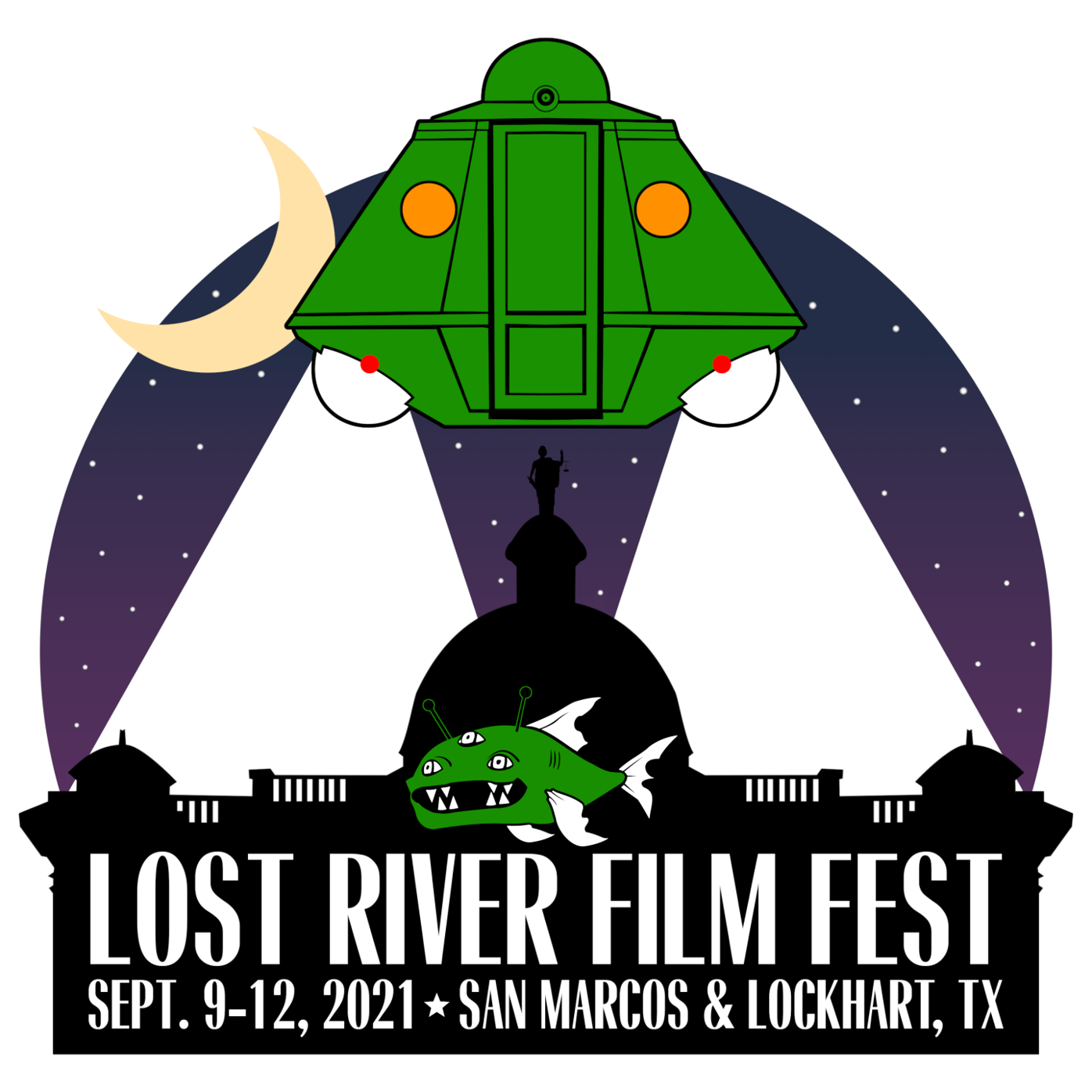 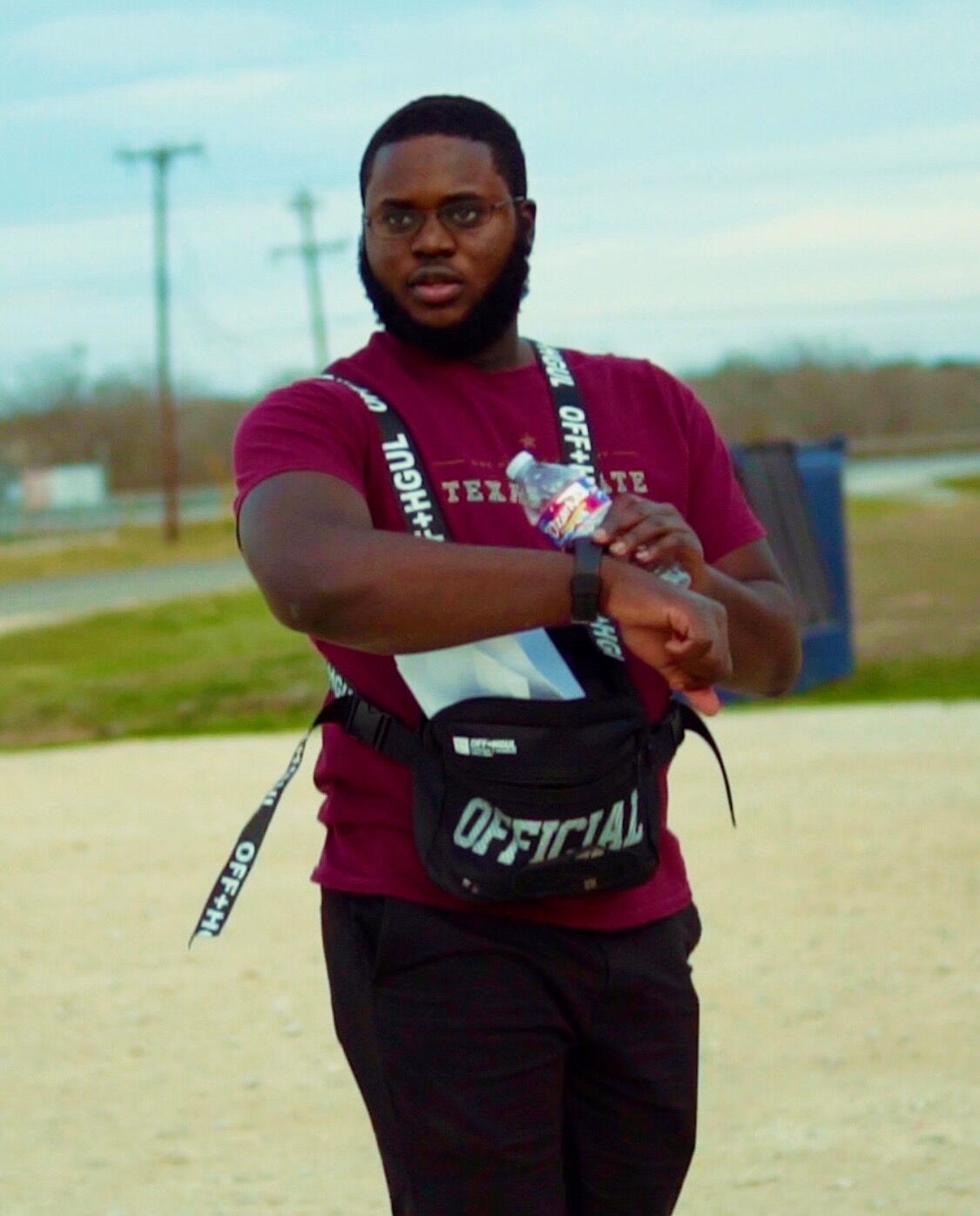 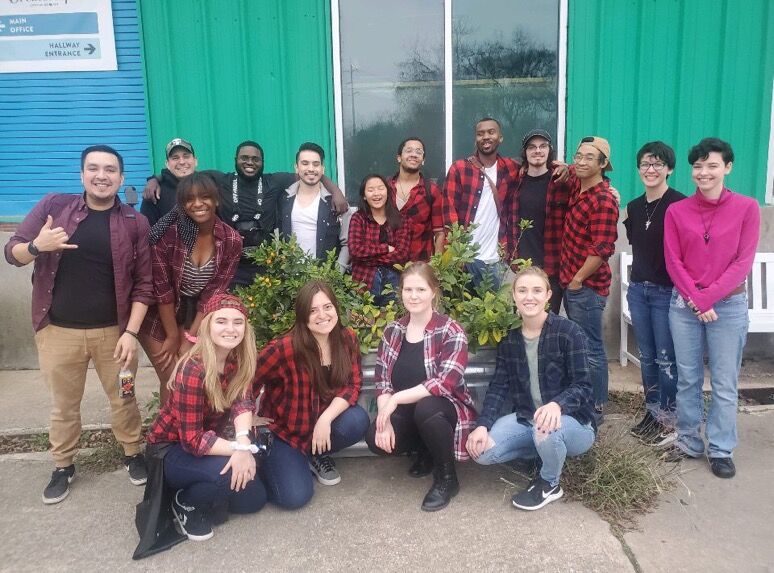 Richeler Aladin (third from top left) and the crew of "Evinced" take a group photo on one of their final days on set in January 2020.

This year, the event will take place from Sept. 9-12 in San Marcos and Lockhart, Texas. Since 2017, the Lost River Film Fest has been designed to present and promote indie films exploring concepts of art and social justice. Every year, the festival's lineup includes films, filmmakers and events that celebrate diversity within the community.

"We have a lot of queer films, a lot of films about immigration. We even have a lot of films from people who are from like Iran [and] India," said LeAnn Jackson, the programming director at the San Marcos Cinema Club. "I think it's awesome to showcase that and to celebrate filmmakers from everywhere, every corner of the world, [every] sexuality."

Jackson started working for the Lost River Film Fest as a volunteer two years ago. Now, as programming director, she said she enjoys getting to dive deeper into planning the event and experiencing the inclusivity and creativity of it all.

"I also want to just say it's an opportunity for us as a crew as well to explore our own creativity," Jackson said. "It gives us a chance to dig into our minds, and to also come up with stuff for the festival. So I think it's all-around a whole thing ... it's really touching. I think it's just an opportunity for us to come together and really just explore and see what we can do for the community."

To carry out its mission of inclusivity, the festival will showcase films featuring topics such as immigration, criminalization, criminal justice and the LGBTQIA+ community. The festival aims to celebrate diversity not only through the actual films but through the diverse lineup of filmmakers, writers and directors featured.

Jordan Buckley, the festival's director, said while planning the event, they wanted to ensure the films they recruited were a good match for what the festival stands for.

"One slogan that we've kind of had as an organization since our get-go is, we're a film society that cares both about film and society," Buckley said. "You know, we hope that often we can showcase films too that ask hard questions of inequity and of social injustice, and hopefully stimulate conversations among filmgoers about, you know, 'what is our role, as people that witness this content, to transforming our own community?'"

Keeping with this slogan, an element of the Lost River Film Fest this year is its effort to relocate a Confederate monument from the Lockhart Courthouse lawn to the Caldwell County Museum. The monument was placed in 1923 at the height of the county's Klu Klux Klan influence.

The Lost River Film Fest's efforts have helped advance the cause for racial justice in Caldwell County by taking part in a grassroots coalition that secured support from the local commissioners court to relocate the monument, making Lockhart the only place in Texas with the Texas Historical Commission's permission to move a monument of its kind from its longtime placement.

The commissioners court has required the public to foot the $29,600 to pay a contractor to remove the monument. Through a link to the GoFundMe on its website, the Lost River Film Fest has helped the coalition raise $22,000 for the cause.

"Lockhart is changing drastically," Jackson said. "So I think this is really good for Lockhart to be showcased this year. We have the article [on the website] about the removal of the Ku Klux Klan monument that's down there. And that's a huge thing too because I think it's just showing change in how like we're progressing forward instead of backwards."

As the director of an indie film festival, Buckley wanted to ensure those in the spotlight at the Lost River Film Fest were getting the exposure they may not receive elsewhere as indie creators.

One of these filmmakers is Richeler Aladin, a finance alumnus and writer/director who discovered his love for filmmaking in film elective classes at Texas State. His first feature film, "Evinced," is a sci-fi thriller about a man whose prediction videos come true. The film follows his journey to getting the help of the detective hunting him down to change the future.

Aladin is inspired by writers and directors such as Christopher Nolan and Jordan Peele and is a fan of sci-fi movies that are grounded in reality. "Evinced" is reminiscent of shows and movies such as "Inception" and "Black Mirror," productions in which reality is blended with things that are unreal.

Filming for "Evinced" took place in San Marcos and Austin in January 2020. Over the summer, Aladin and his crew held a private premiere of the film at a Cinemark movie theater in Pflugerville, Texas. The film's second screening and the first time it'll be showcased to a larger audience will be on day four of the Lost River Film Fest at the Texas State Performing Arts Center.

"I'm really excited. Actually, we're all excited to just meet the people at Lost River Film Fest and hopefully, they can come check out our film and kind of showcase this to a different audience," Aladin said. "This time, it's coming to a festival with a brand-new audience. We've done this before where we showcase our art to other artists and it's awesome to get the positive reassurance with those short films. But with features, those are a lot more challenging because you have to keep people's attention over a long span of time. So, I'm really excited to showcase this at Lost River Film Festival and have a Q&A with my team."

Aladin's name is one of many from the pool of independent directors, writers and filmmakers attendees will be able to see at the Lost River Film Fest. As organizers of the festival, Jackson and Buckley recognize the importance of giving small artists the opportunity to show the community what they can do.

"I think [the festival is important] to showcase artists who don't feel known. And kind of like [Aladin], you know, not only with him being a Texas State [alumnus], but also like being a Black student who wrote and has directed and has his own film," Jackson said. "I think it's to celebrate people who don't feel like they're seen. And also, just let the bigger cities know that we can do it too."

The San Marcos Cinema Club and the Lost River Film Fest are working toward bringing together the communities within the cities they host. Among the festival's crucial San Marcos sponsors are Mano Amiga, The Center for the Study of the Southwest, the Texas State College of Fine Arts, Tom Copeland, Texas Film Commission, Industry, AquaBrew, Vagabond Vintage, Mermaid Society, Gil's Broiler and The Coffee Bar.

Buckley said the cinema club also has a goal to bridge the gap between the local San Marcos community and the college population by incorporating students, alumni and the Texas State campus into the festival.

"Historically, [the] cinema club has been about half comprised of students and non-students," Buckley said. "We're at a point where a lot of our students have graduated and so we actually are looking for Texas State students to get involved in our work also. And that's one reason why we like to always have at least one day of the festival on campus and to be sure to highlight the incredible talent that Bobcats possess."

For more information about the Lost River Film Fest and to view the schedule and locations of film screenings, visit its website. To learn more about Richeler Aladin and watch the trailer for "Evinced" visit his website.