Home
News
Life & Arts
Sports
Opinions
Multimedia
Podcasts
Events
Advertising
Games
The 11% Project
Support us and Get Your Merch!
Share This
1 of 3 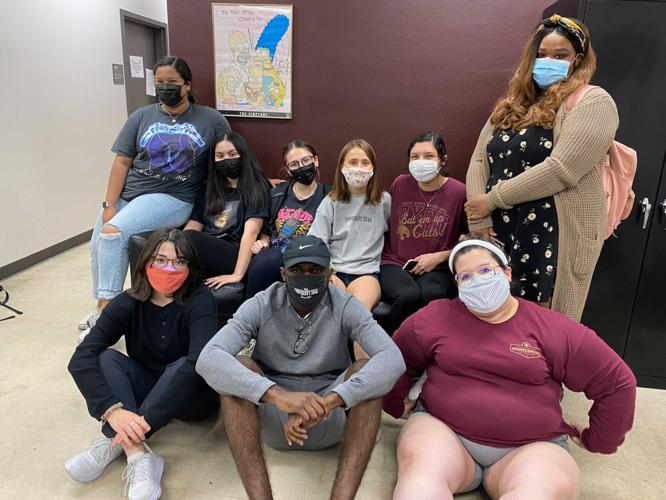 Brianna Benitez (second top left) takes a photo after her first production as editor-in-chief on April 27, 2021, at The University Star newsroom. She cried afterward. 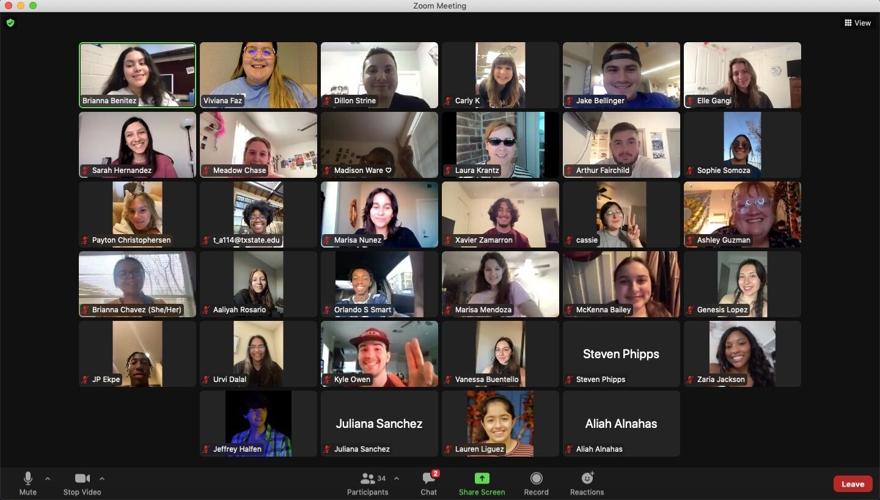 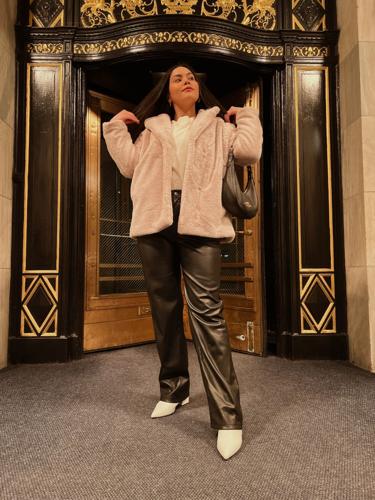 Editor’s Note: “-30-” has traditionally been used throughout journalism to indicate the end of a story. Each semester, The University Star encourages its graduating seniors to write a Senior 30 — a farewell piece to readers — indicating the conclusion of a journalist’s time as an active member of our organization.

I've tried to write my -30- a dozen times. It's almost unbelievable that this is the last thing I will ever write at The Star. Ever since I knew Senior 30s were a thing, I'd always pictured how I would write mine, the experiences I would talk about and the people I would thank.

When I first started, I didn't expect to make it to the point where I could write a Senior 30. Nor did I ever expect to have held the positions I've had. After first joining The Star, I was so anxious and would sometimes have full-on anxiety attacks before walking into the newsroom (so dramatic, I know). I didn't feel like I belonged or that I was as talented as everyone around me.

Even after I moved on from my role as a reporter and became an assistant editor and later a full-time editor, those feelings continued. This time, however, I wasn't walking into the newsroom but logging onto Zoom meetings. Even now, as the leader of the organization, I have periodically had those same emotions resurface.

I used to think I wasn't cut out for the news industry if I couldn't walk into the newsroom without my hands shaking or have the ability to call a source without my heart pounding. However, as cliché as it sounds, the more I kept doing it, the easier it got and the less anxious I began to feel.

If there's one thing The Star did for me it was make me comfortable with being uncomfortable. I've had so much personal growth working here and that's something I'll always be grateful for.

When I entered the world of student media, I had no idea what I was getting myself into. I honestly just applied because I figured the title of "life and arts reporter" was kind of cute. However, as I started interviewing strangers, putting together a story every week and seeing my words in print, I felt like I was a part of something greater than myself.

I devoted my entire college experience to sharing the stories of the students and community members who surround this town. It's been such an honor learning about where people come from, how they think and what living means to them.

I’m thankful for all the conversations I had with everyone I’ve ever interviewed. I never pictured being someone who could hold a conversation with a stranger, so it was pretty surreal to have interviewed over 100 people just in my first year working at The Star.

To everyone I ever interviewed, thank you for sharing your stories and inviting me into your space — whether it was your jewelry studio, the foyer of the performing arts center, a bench on the Quad or even your Zoom screen.

I'm truly sad to be leaving such a great place. As memorable as the experience has been, a part of me is also glad this chapter is over. Leading a newsroom isn’t easy. In fact, it’s one of the most emotionally and mentally taxing things I have ever done. I spent a lot of days second-guessing myself and fighting to prove myself to those who doubted my abilities.

As I close out this experience, there are some feelings that will be hard to forget and things I wish I could tell my younger self. To the freshman who woke up every morning overwhelmed with anxiety, you'll be okay. To the life and arts editor who loved her job, there are bigger plans ahead. Lastly, to the annoyed news editor who dreaded covering six-hour-long City Council meetings, yeah I can't argue with that one, that was the worst.

I've had the opportunity to work on remarkable stories during my time here and I'm so thankful for it all. While I pictured student media being a place where I would cover alumni accomplishments and student-owned businesses, I didn't think it'd be the place where I'd also cover student deaths and house fires or even help produce the most important project the organization has ever done.

This job has challenged me in more ways than I can express but I've grown because of it. I wouldn’t be where I am today without the friends and great leaders I’ve met along the way so it's only right I thank them as well.

Diana, none of this would be possible if you never hired me to your life and arts team. Bianca and Trinity, thank you for the lunch dates and for being some of my first friends at The Star. Jakob, those Tuesday DMs encouraged me in more ways than you know. Jaden, you’re my best friend and I couldn’t have done this without you. Viviana, thank you for always having my back and reminding me to breathe.

Lastly, thank you mom, daddy, grandma, Ashley and Penelope for being my number one fans.

This is it, my last little story. I can't say thank you enough.

[insert “no tears left to cry” by Ariana Grande here].