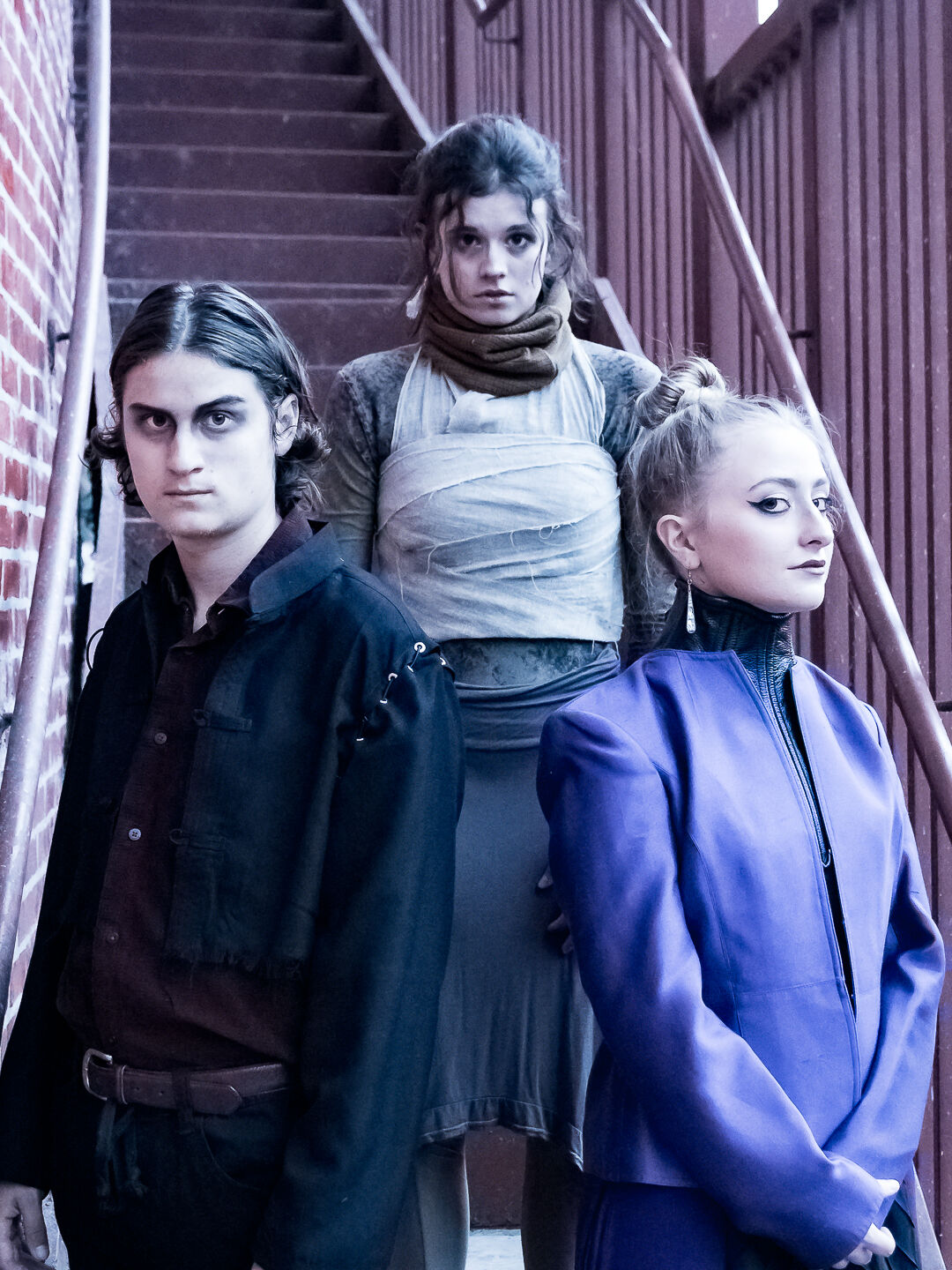 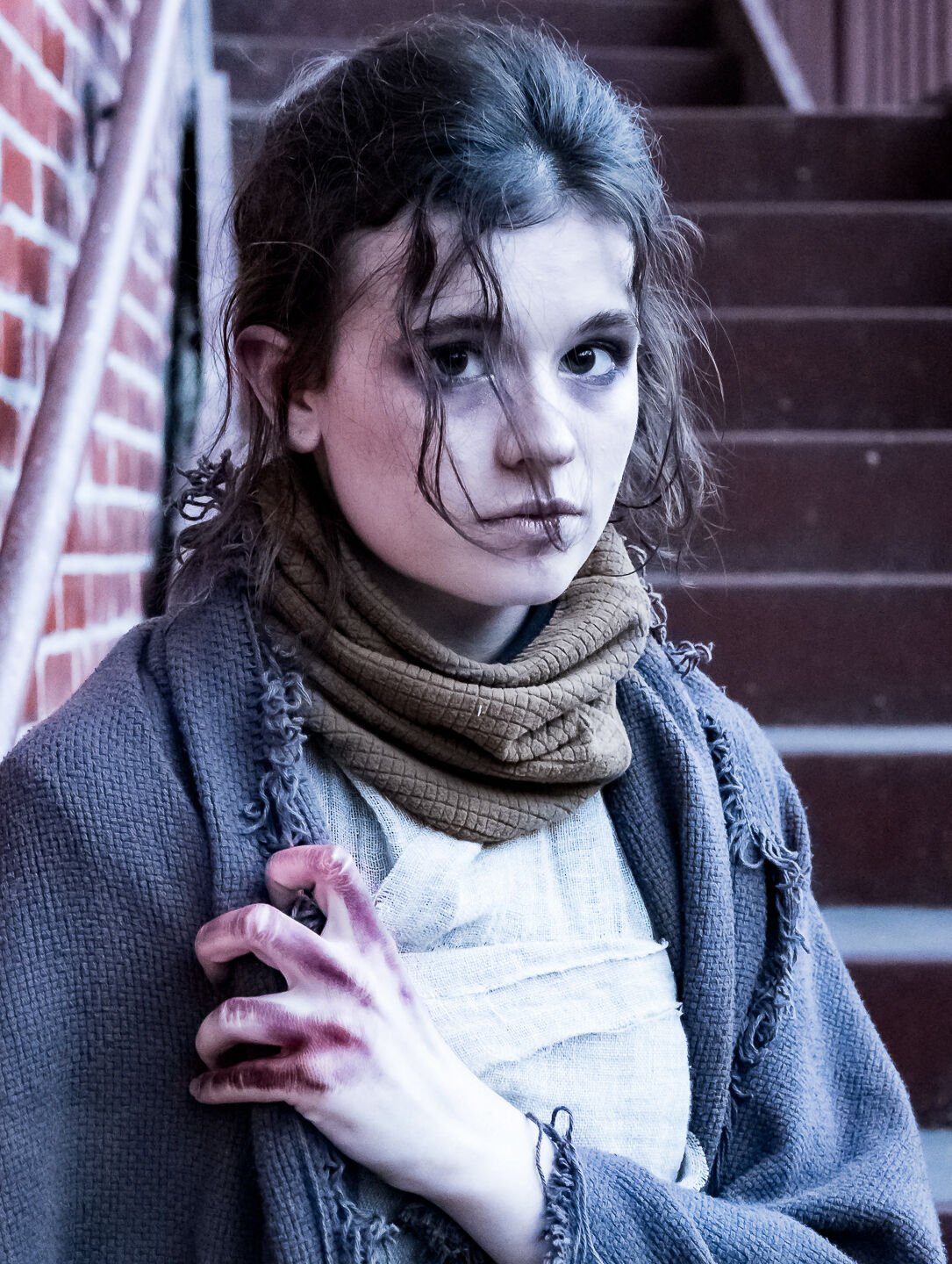 A blood-stained stairway, boarded-up windows and yellow dust filled the Theatre Center Mainstage as actors crawled out from underneath to start the production of "Yellow Inn."

Credited as the first Korean-translated production at Texas State, "Yellow Inn," was directed by professor Yong-Suk Yoo. The play ran from Oct. 26-31 and demonstrated themes of generational differences such as rich versus poor and the delicate balance of life through dark comedic language.

In "Yellow Inn," Yoo blended Asian theater with a western touch to diversify American culture. In the three-act play, three sisters own and manage a dangerous and deathly hotel, the Yellow Inn, where guests spend the last night of their lives.

"I want to describe myself a trans-disciplinary director, but my main goal has been stage directing. I hope to integrate Korean performance with western," Yoo said. "Introducing a Korean or Asian cast to an American audience with something like 'Yellow Inn.'"

Yoo's artistic career spans worldwide; he's created theater companies from Korea to California. His vision as an artist is to create something completely unique and impactful to what the world calls "theater."

Yoo’s past productions at Texas State include "The Other Shore" and "Oedipus." "The Other Shore" was canceled just weeks before its opening performance at the end of March 2020. "Oedipus," scheduled for February 2021, was filmed without an audience and its rehearsal time was cut short due to the unprecedented Winter Storm Uri.

“Nature really kind of wanted to block my way, but nature did fail,” Yoo said.

With this determination and stride, he managed to conduct the cast of "Yellow Inn" in front of a live audience, bringing faculty, students and families together to appreciate the art of live theater.

For Ava Baker, an acting junior, "Yellow Inn" marked her first performance since high school, which was over three years ago. She played the unnamed character Third Sister and learned a lot from being a cast member in the play.

"It was amazing," Baker said. "I trust myself a lot more now, and I trust my fellow performers and actors, with a sense of self-trust and knowing it's okay to ask for help."

The show ran smoothly up until the final performance, the matinee show on Halloween. Moments before intermission ended, Baker found herself backstage in the middle of the production feeling incredibly ill and immobile, an incident she described as a "bad dream."

“I was totally gonna yack on stage if I [continued],” Baker said.

It was these circumstances that marked the beginning of Esther Oh’s career at Texas State as she was the understudy for the role.

“During the end of the first act, I felt a tap near my back, and it was dark so I couldn’t see anyone so I thought it was just a cast member but then I realized it was the assistant stage manager,” Oh, an acting freshman, said. “At that moment, my heart started pounding.”

She took on the performance without hesitation.

Oh was not so much nervous about how she would do in her performance, but she mainly feared for Baker's condition and safety. She muscled up the courage and brought a determination to the role with little to no warning, as her castmates uplifted her with Baker as her biggest cheerleader.

“Esther rushed out like a spring,” Yoo said. “Esther is a freshman and could get scared and start freaking out to get into the show without even getting noticed. But wow, I was beyond impressed. It was the most terrifying and most beautiful moment in my artistic career. She really pulled through and I'm proud of her."

With this support behind her, Oh said she is glad she could have the experience and be there for her peers.

"I just remember it being so much fun," Oh said. "This is the first play I've ever been in, and I was like, 'I did it, but I did it because it was my job.' I was the understudy. I just did my job.'"

Despite the roadblocks and unforeseeable incidents, the environment that Yoo created was one where teamwork could successfully thrive. Yoo said he has a deep appreciation for the cast and crew of "Yellow Inn" for their teamwork and strong support of one another.