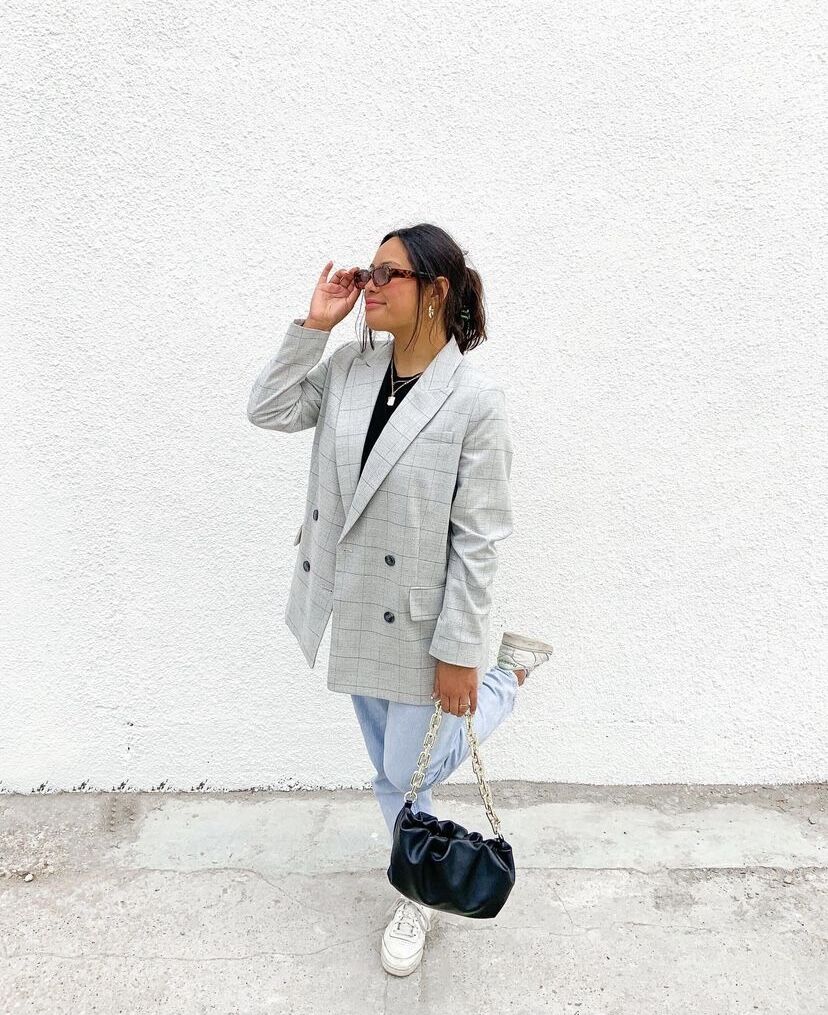 Brooklyn Mendez takes a picture inspired by her Pinterest board aesthetic, Thursday, April 22, 2021. 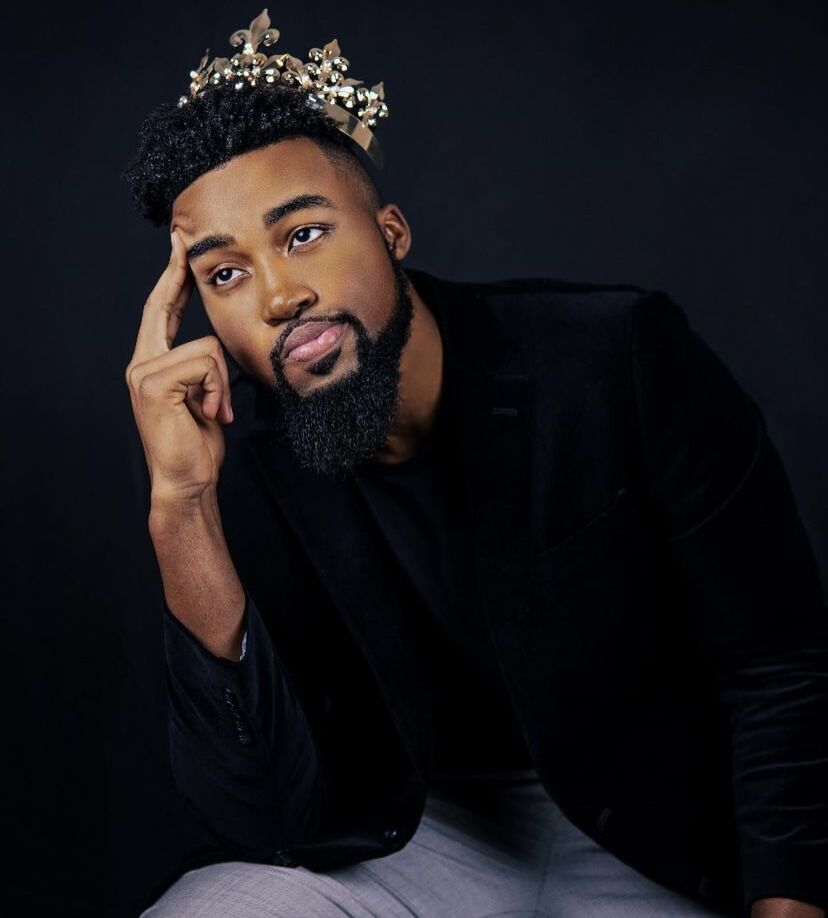 Don Kennedy poses for the camera and showcases the theme "Black is king," for his photo shoot, Monday, April 19, 2021. 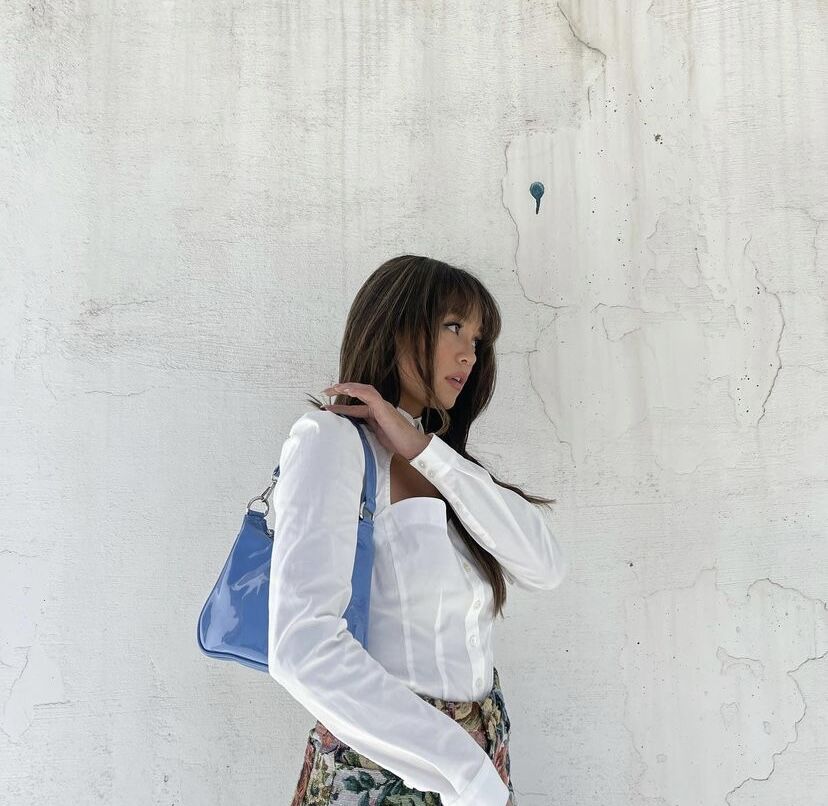 As viral trends surged across social media amid COVID-19, Texas State content creators take to the web, finding success through their virtual profiles.

When joining the hottest app during a global pandemic was all the rage, Texas State students bursting with enterprise found that following Tiktok's trends played a key role in kick-starting their careers as content creators.

For volleyball star Janell Fitzgerald, a health science junior with 67,300 followers on TikTok, joining the popular app was a way to escape her daily routine filled with volleyball and schoolwork.

“I love it, I really do like making content and whenever I have the time, it’s kind of like a stress reliever, if anything,” Fitzgerald says. “I couldn’t ask for anything better.”

Fitzgerald first gained a considerable following after dancing to the song "Whole Lotta Choppas" in Strahan Arena while wearing her Bobcat training gear. Her sporty location and athletic attire played a role in securing her a specific audience.

“I do know that I have a lot of younger volleyball players that follow me,” Fitzgerald says. “I get DMs daily just talking about volleyball or ‘Oh, can’t wait to go to your game,' ‘Can I meet you?’ All types of stuff like that, they kind of correlate volleyball and TikTok.”

With TikTok becoming a popular app during quarantine, Don Kennedy, a theater senior, joined the video platform in February 2020 after making the decision to share his Instagram skits on TikTok.

Within a few months, through light-hearted original dances, videos and short skits, Kennedy found his "niche" audience, gaining a considerable 271,200 followers eager to stream his content.

“The first thing I tell a lot of people is how big [TikTok] is right now,” Kennedy says. “It’s kind of like the Vine era. In this current version of Vine, everybody is on it: Your grandma, young kids, everybody. So, as a content creator, I feel like it’s just the smartest place to be putting your content out, knowing that [TikTok] has the biggest audience to view it.”

With a growing audience on TikTok, Summer Rachel Warren, a fashion merchandising alumna and digital influencer who originally created content on Instagram, decided to hop on the TikTok train to expand her audience, career and engagement.

With well-planned lighting, fixed angles, aesthetically-pleasing backgrounds and trendy outfits, Warren has gained a total of 115,000 followers on Instagram and 357,500 followers on TikTok. She also works alongside clothing brands and shops like Princess Polly, where she currently has her own collection called "The @summerrachelwarrenedit."

However, now that she has acquired her dream career and a considerable following, Warren emphasizes that the life of a digital influencer is more work than meets the eye, especially for those working to sell products.

“We’re promoting all these brands. We are a personality, we are video editors, we are photographers and managers, we’re basically everything all in one and it’s a lot to handle," Warren says. "I think people think it’s a lot easier than it looks.”

To Warren, finding ways to constantly engage with her followers remains equally as important as the posts themselves, whether she connects through Instagram stories, suggests products for her followers or simply asks them what they want to see.

Along with Instagram and TikTok, Warren has also collected considerable views through her vlogs, try-on hauls and Q+A's on YouTube. Loving her creative life, Warren says the best part of her job as a digital influencer is the freedom that comes along with it.

While the road to success proves to be long and challenging, Brooklyn Mendez, a communication disorders junior, works hard to create entertaining content in hopes of turning her love for creating YouTube videos into a career.

After creating her YouTube channel to keep a video diary of her time at summer camp, Mendez decided to broaden her content by sharing her college lifestyle and educational time management videos.

Through these videos and her 300+ Instagram posts, Mendez has worked to inspire and grow her community. Many followers reach out to her in need of advice or a comforting conversation, which Mendez sees as a highlight to her newfound digital fame.

"Being able to be a person’s outlet I think is probably my favorite part," Mendez says. "Getting to talk to people [who] have no one else to turn to.”

Now with more than 1,100 followers, Mendez says the pandemic's influence upon keeping everyone indoors has impacted her following for the better. Now, with a list of goals ahead, Mendez continues to work on connecting with her viewers and posting content her audience can relate to.

"I love doing YouTube," Mendez says. "I know it's taken me a year to get to 1,100 [followers] but I still post consistently, and it was more so for me because I just like videography. I like editing, and I think that if you want to do that then you should just go for it because anything is possible."

Showcasing their everyday lives to thousands of people, Mendez and Kennedy advise those hoping to become social media influencers or gain a large following to stay true and authentic to who they are, regardless of fear or insecurity.

"Don't be afraid to be you," Kennedy says. "I feel like we're all consumed in this society where given social media and everything, every day we're forced to look at how people are living their lives. And there's nothing wrong with the way you're living your life and the things that you're into, the things that you do, it makes you uniquely you."