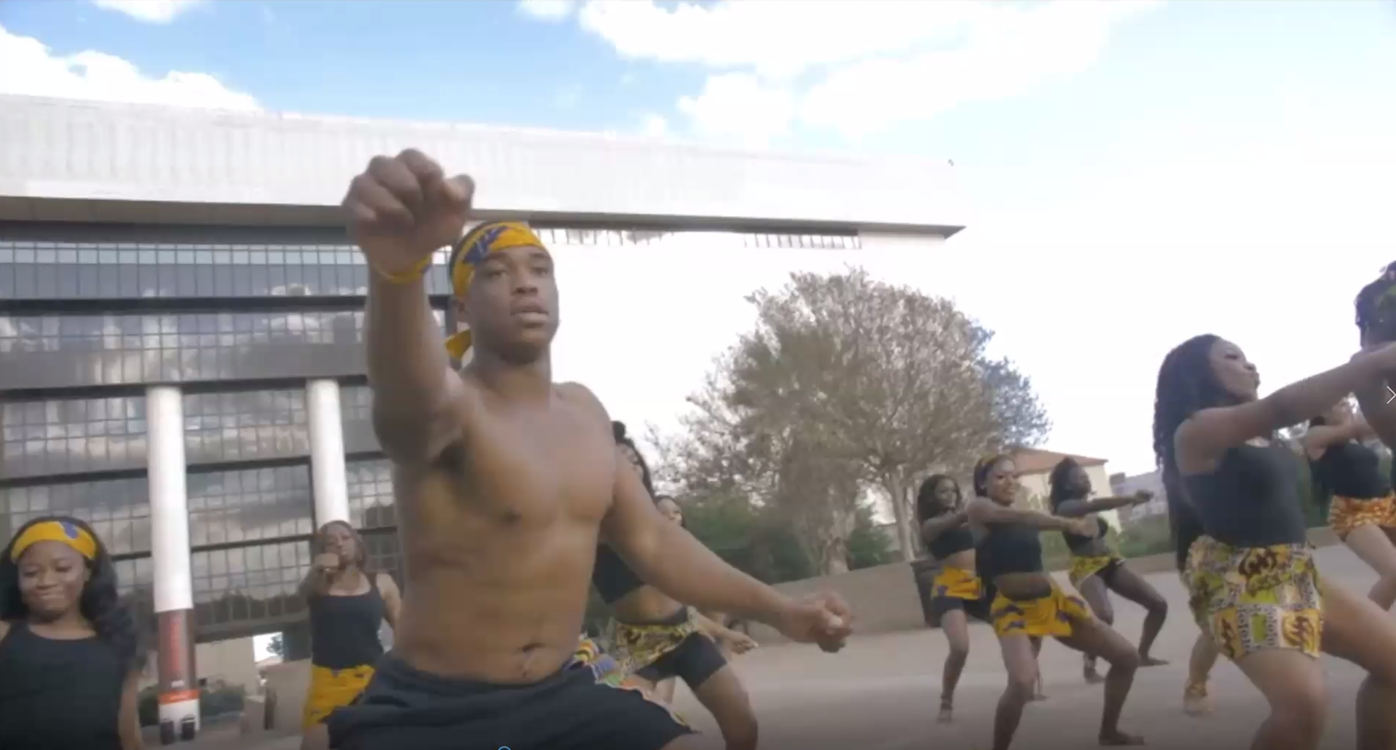 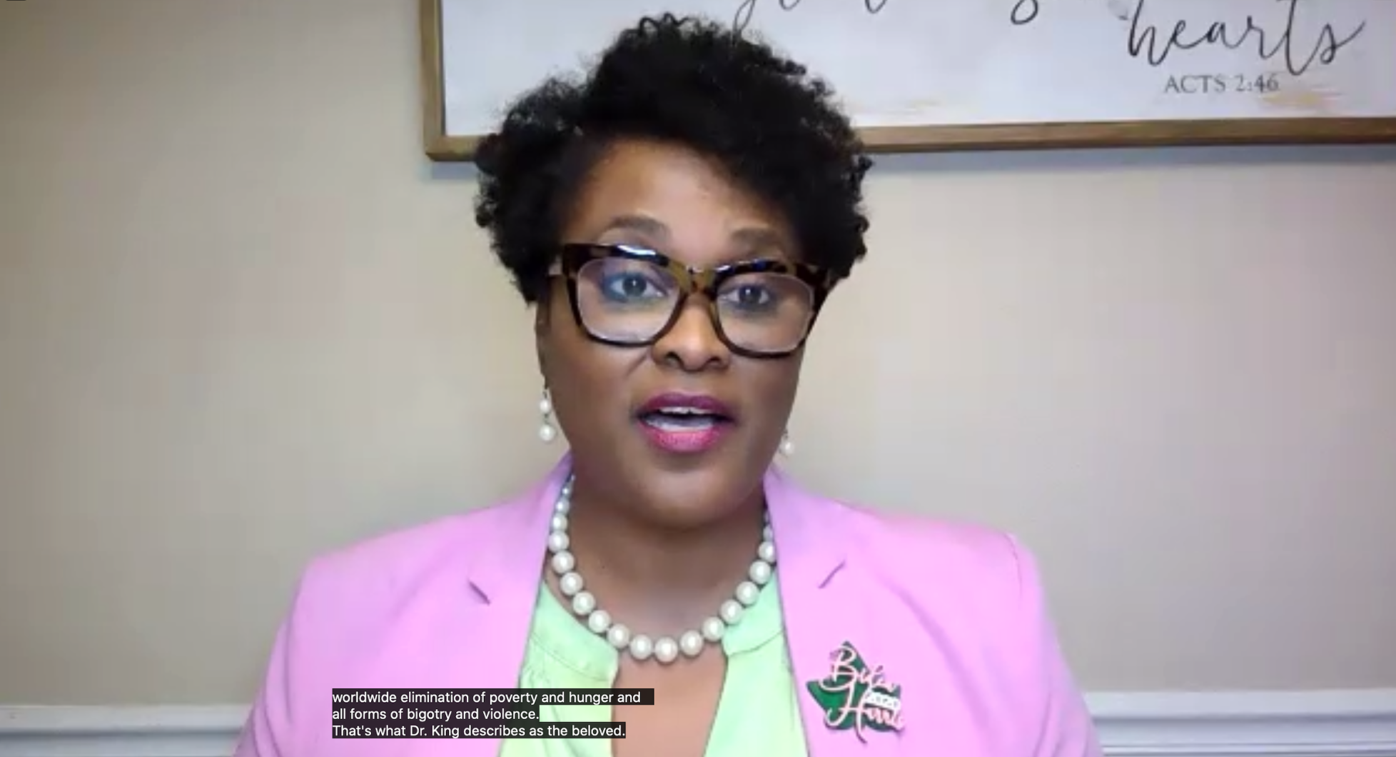 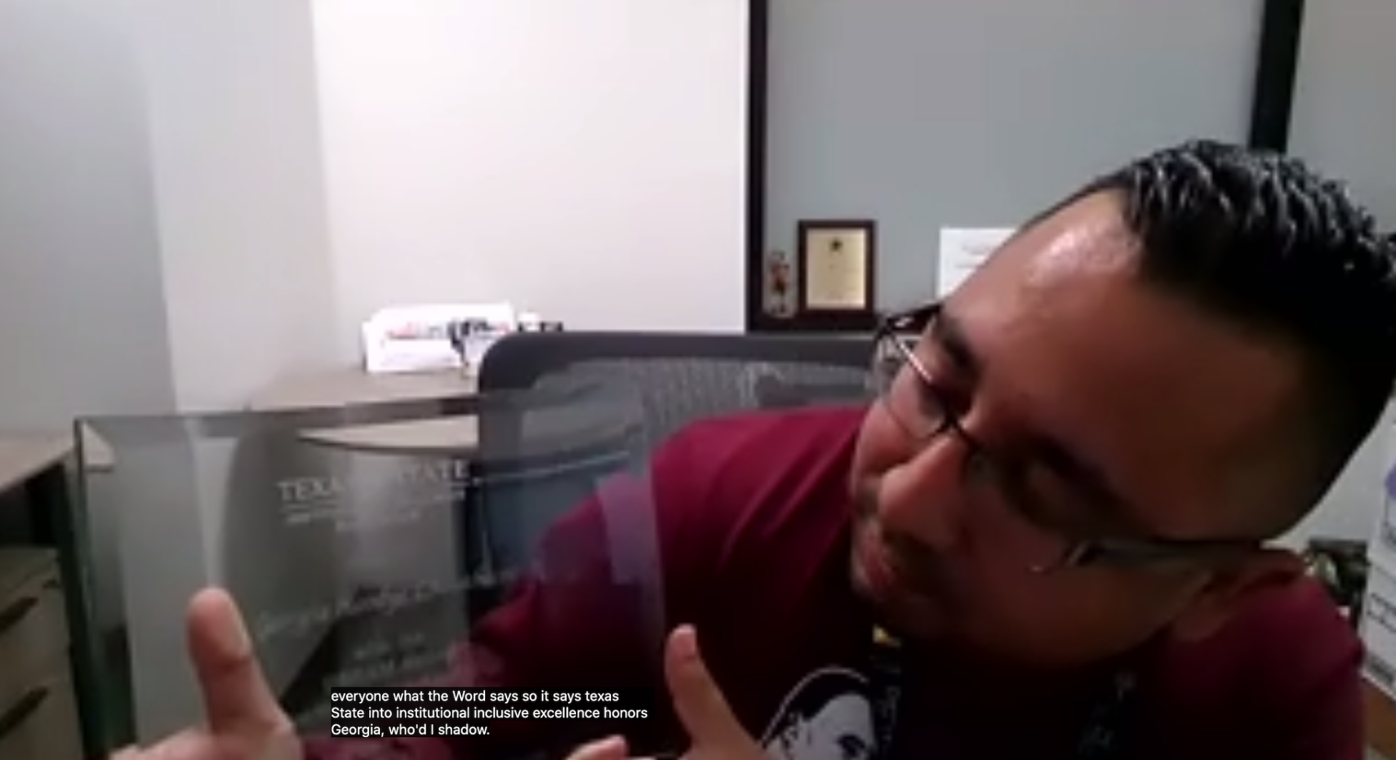 Jaime Rodriguez shows the DREAM Award given to the first five African-American women to be integrated to Texas State.

Showcasing its theme, "Dream Together," a continuation from last year's event, the virtual program took place via Zoom and began with words from Langston Hughes' poem, "Let America Be America Again", and an introduction from Dr. Sherri Benn, assistant vice president of Institutional Inclusive Excellence.

"The celebration of Dr. King's birthday is one of the many celebratory ways that Texas State demonstrates an unwavering commitment to justice, diversity, equity, access and inclusiveness."

Following Benn's speech and the presentation of the Black National Anthem, University President Denise Trauth addressed the Texas State community by highlighting the hope and courage King continues to give future generations through his work as a civil rights activist and Black icon.

"Before monuments were erected in his honor and a federal holiday bore his name, his advocacy of basic human rights and equality was considered by many to be radical," Trauth says. "I hope that reminds us as we take on the work ahead of us this year even when we're doing precisely what we should, we can still run into resistance."

Singers from the School of Music harmonized in masks after Trauth's speech, singing "Hope Lingers On" while keeping tempo with drums and leg taps.

The University Star's editor-in-chief and electronic media senior Jaden Edison presented the five trailblazing women with the DREAM Award in honor of King. The DREAM Award is given to effective leaders of the Bobcat community who have not only advocated for change but acted on it with courage and strength.

Another distinguished honoree of the event was Southwest Texas State alumna and former San Marcos city commissioner, Martha Castex-Tatum. She was the first African American woman to serve on the San Marcos City Council and now works as a city council member for the city of Houston.

"These are turbulent times," Castex-Tatum says. "However, we can never lose our hope; the restlessness, violence, uncertainty and peril in our country can only be addressed if we decide collectively-we will not only quote Dr. King but channel his calls for peace and equality."

The celebration concluded with a performance from the African Student Organization, which danced to a traditional Igbo-style dance called "Ijele".