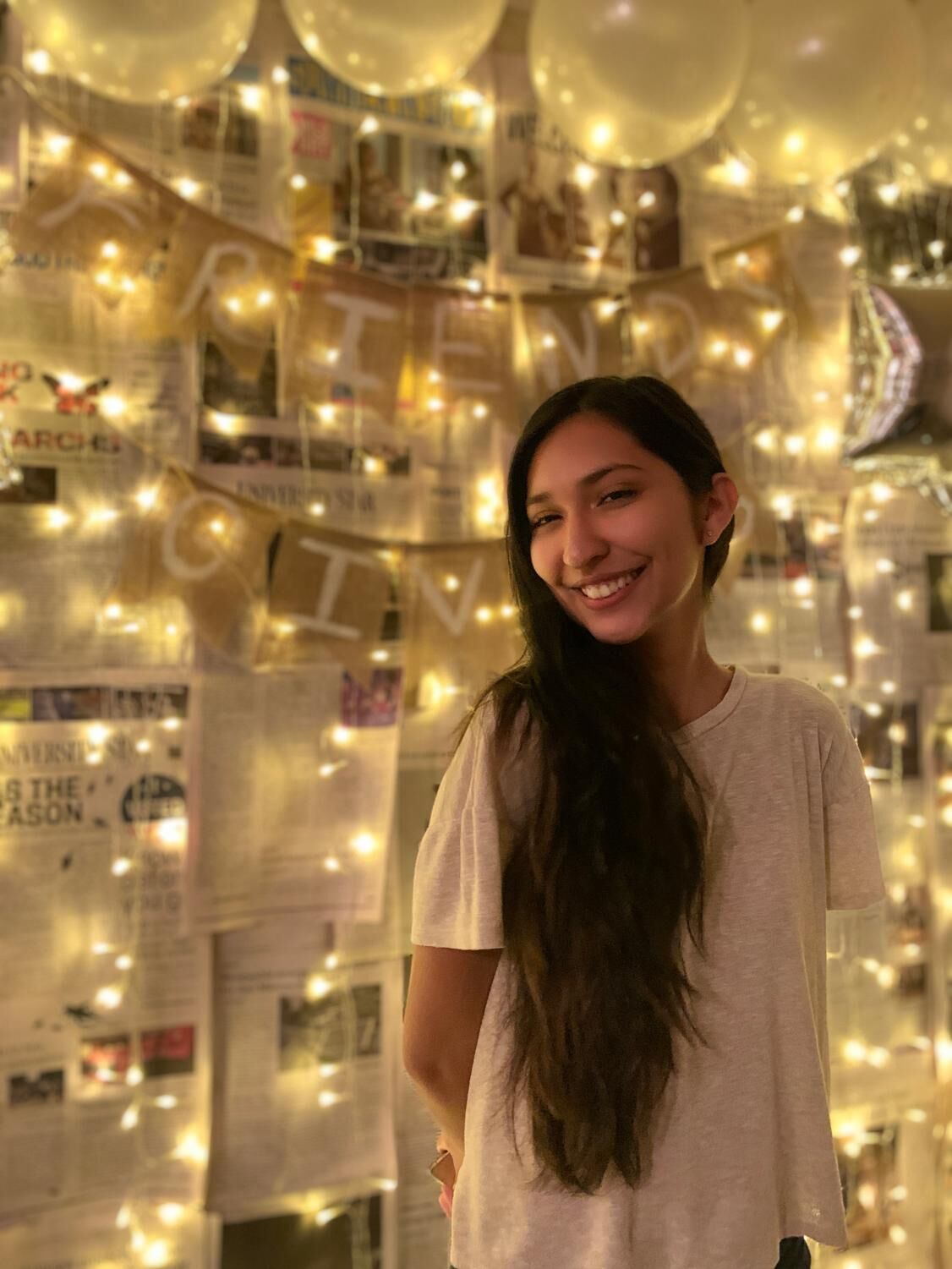 Sonia Garcia smiles for a photo, Nov. 2019, at a University Star Friendsgiving. Sonia joined The Star in fall 2017 and held roles as a reporter, assistant editor, section editor and managing editor. Sonia’s writing, personality and leadership came at a time when our publication needed it most. 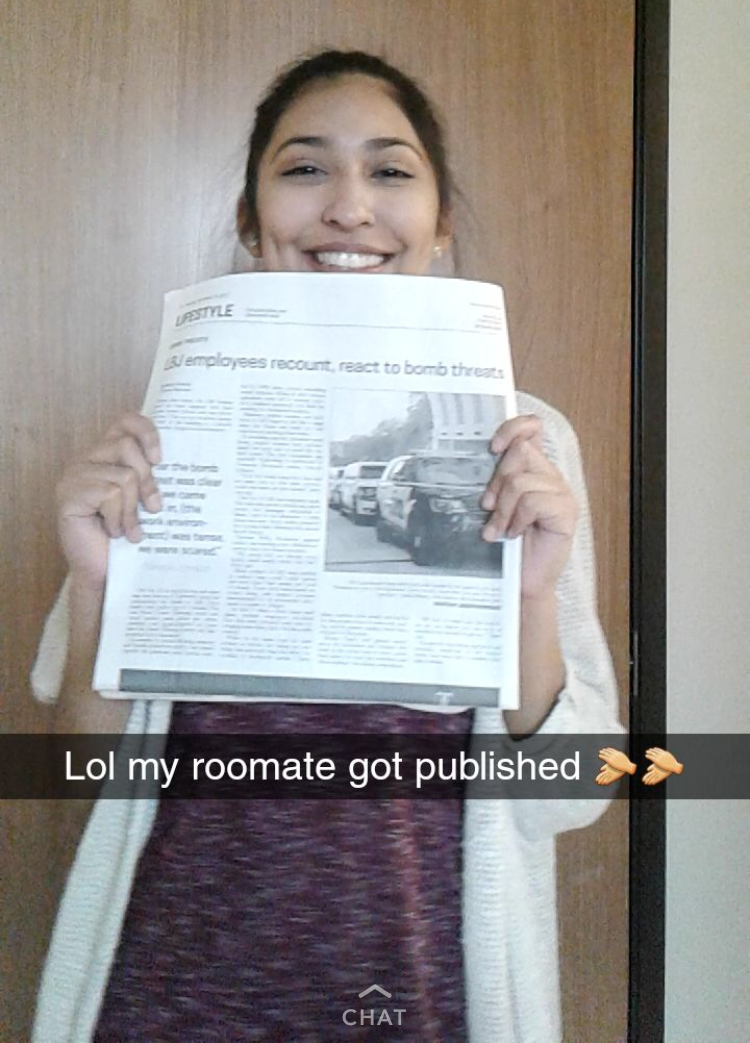 Editor’s Note: “-30-” has traditionally been used throughout journalism to indicate the end of a story. The Star calls upon its graduating seniors to write a Senior 30—a farewell piece to our readers—indicating the conclusion of a journalist’s time as an active member of our organization/publication.

Three years later, after late Monday nights, writing/editing in class and tireless work, my time at The University Star comes to a close. I guess this is it, huh? The time to say goodbye to my Star family and audience.

What a run it’s been. I don’t even know where to start with the praise and thanks. My entire college career consisted of working at The Star. It seems like so long ago when my work was printed for the first time. I still have the photo my roommate took of me holding the paper up in our dorm. I got such a thrill seeing my byline there, and I still get that feeling every time I’m in print.

From then until I became an editor, I wrote weekly. The Star was in rough shape back then; it had a bad reputation and was drowning in debt. But, I’m glad to have been part of its come up in gaining trust from the community and winning awards. We did real journalism. In my time, my team covered bomb threats, two student sit-ins, the Iconic Village fire, a string of sexual assaults, a propane explosion and so much more. Some of my favorite things I wrote about were sugar babies at Texas State, the one-year anniversary of the Iconic Village tragedy and local businesses.

It was in 2018 when I really felt like I was part of something big. I was enjoying my time as assistant life and arts editor when my editor in chief at the time, Carrington Tatum, and Managing Editor Sawyer Click really saw something in me and made me their news editor in the middle of a semester. I will always be grateful that they challenged me and believed in me to do something other than feature writing.

Keep in mind, I had never once written for the news section. I had no time to think but to act. I transformed a small section of writers into dedicated journalists. I got called some names along the way, probably because I pushed my writers; I “didn’t mess around” as one of my superiors once said. I thought I owed it to the community to give them a great news source. Developing an efficient news team that was on top of breaking news is what I’m most proud of doing for The Star.

I very much enjoyed being an editor at The Star, so moving forward to my final semesterâ  — my favorite oneâ  — I was selected to be managing editor by my Editor in Chief, Jakob Rodriguez. His drive and dedication inspired me, and I was more than happy to be his number two this spring.

Jakob, thanks for having my back no matter what. And like we’ve said before, I hope we get the chance to work with each other in the future.

My favorite part about working at The Star was working with like-minded students who were passionate about telling stories. It’s what makes student media so special. A lot of these people have become some of my best friends.

Bella, Molly, Zimmel, Jaden and Claire: Thank you for being you. You made my job easier, and I hope I did the same for you.

The list can really go on. The Star has so many creatives and amazing people. Then there are the readers who reach out, praise us and give us beautiful stories to write; thank you for supporting student media.

When I look back at college, I’ll think of the Star. It’s been fun, and I know it’s in good hands. I’m a better journalist because of it; thank you one last time.