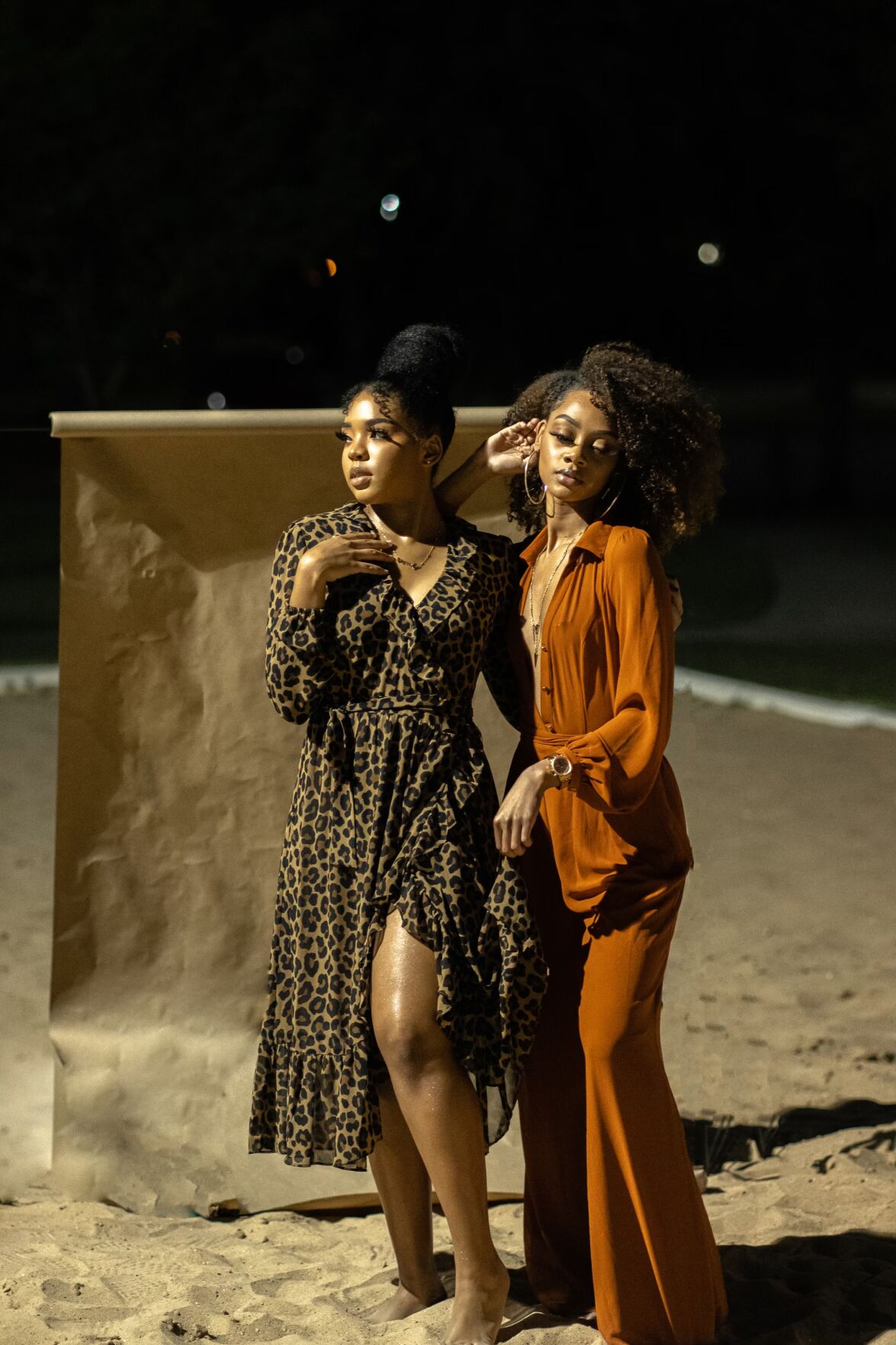 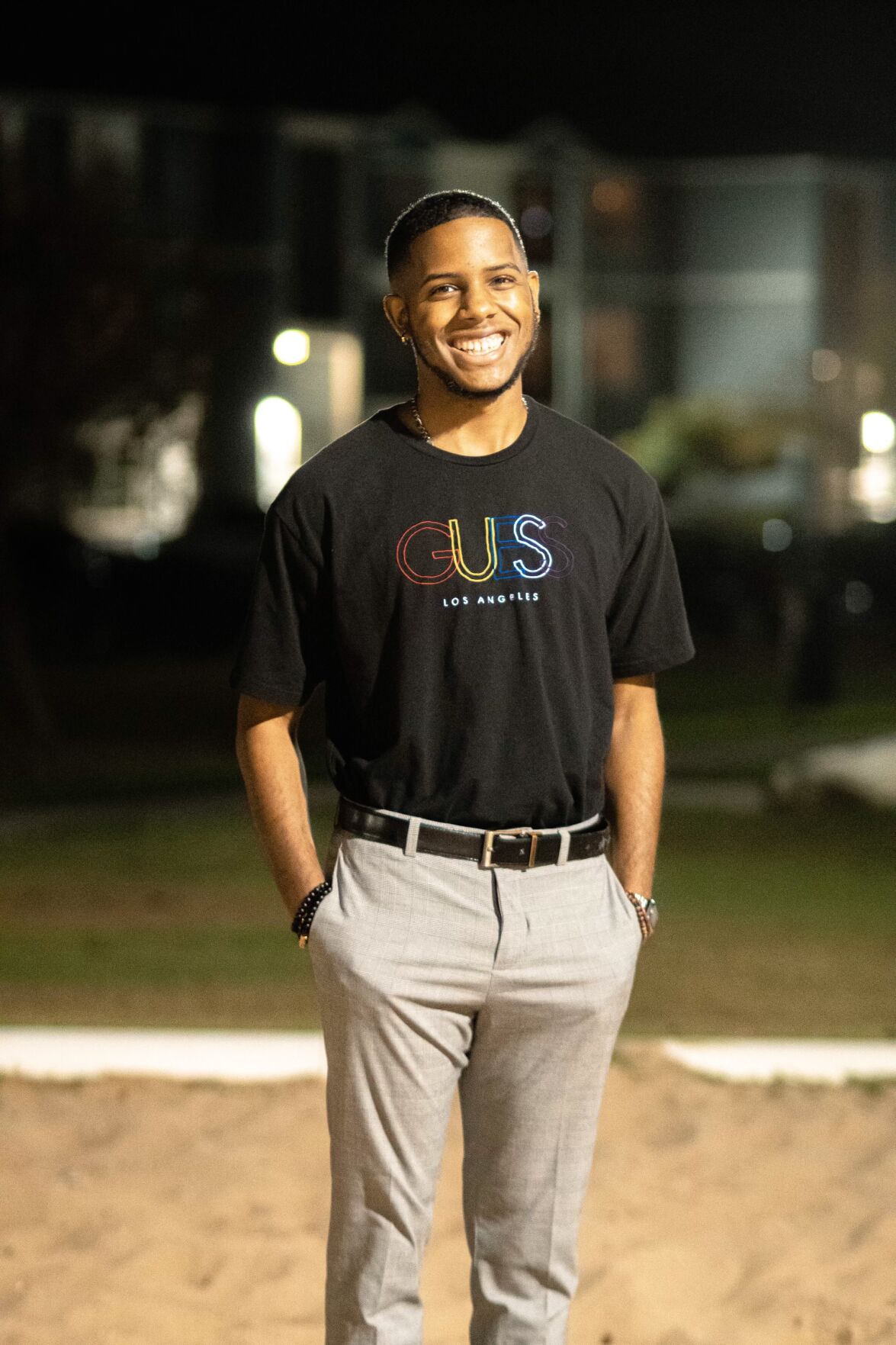 Seth Jones, author and photographer of 'Streetlights,' smiles for a picture while on set for the book's photo sessions. 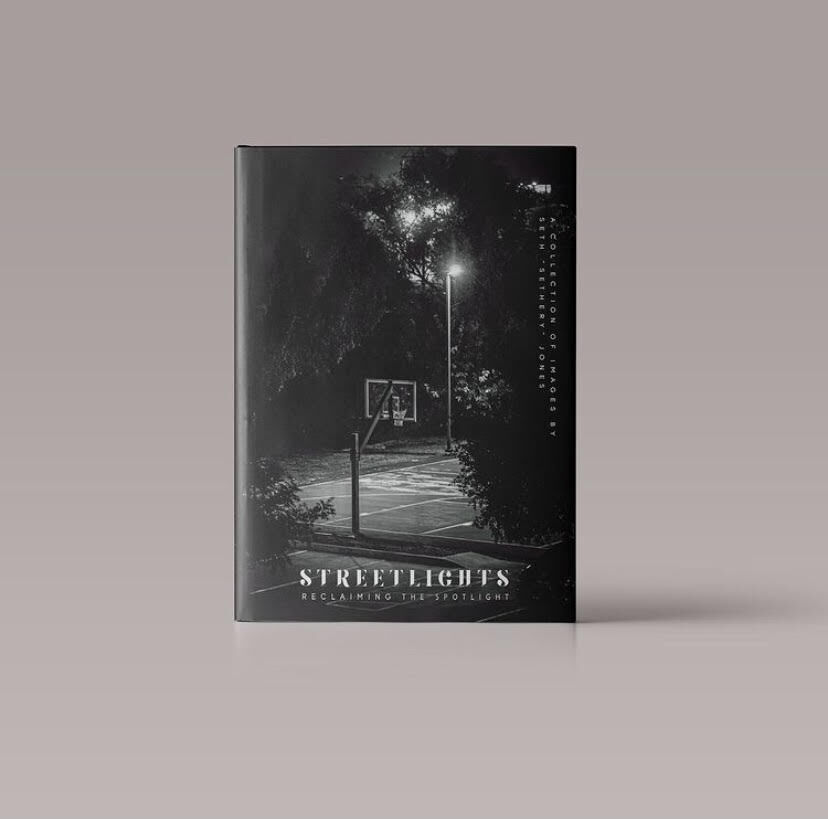 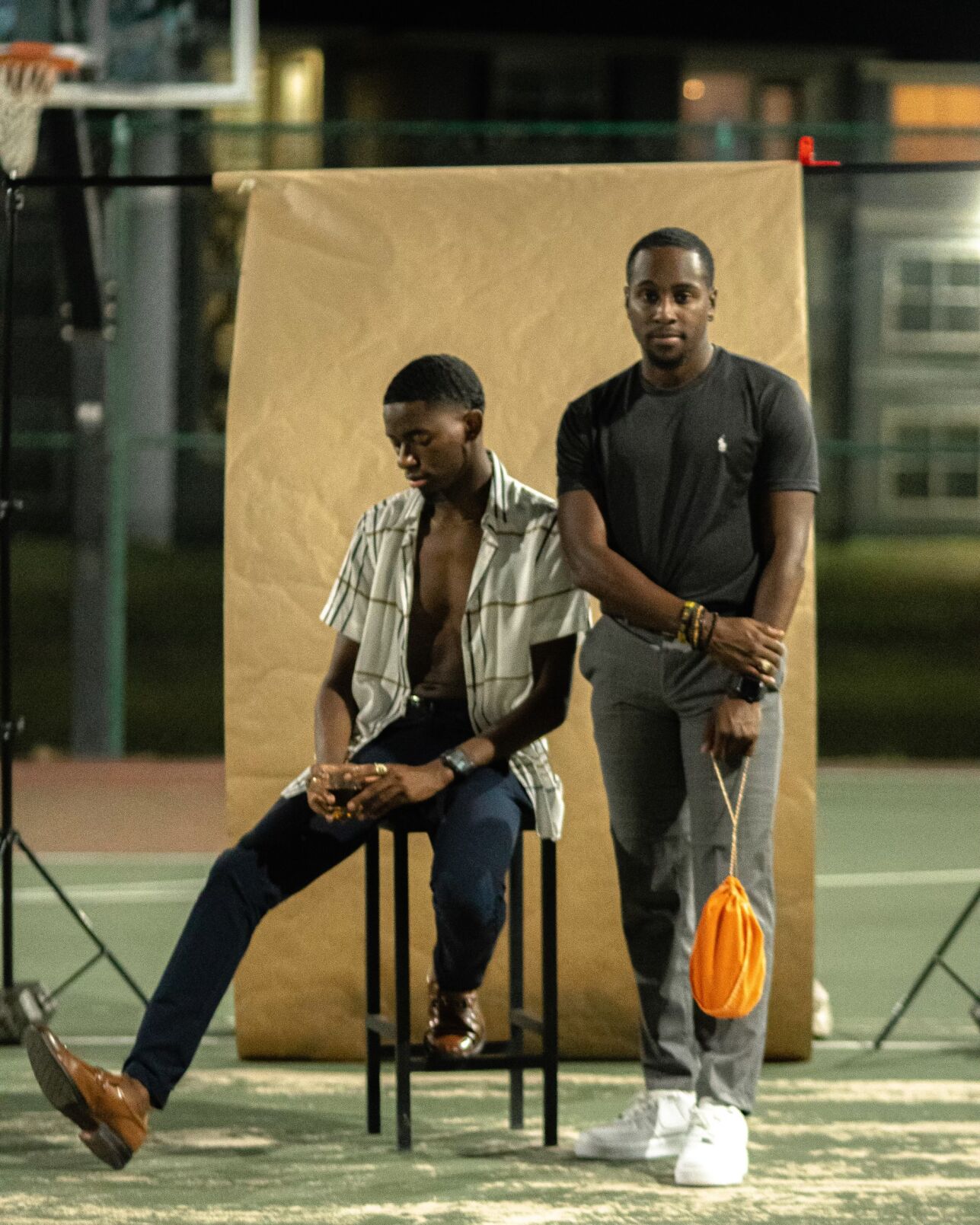 Models Jordan Jackson (left) and Jaylon Douglas (right) pose in the middle of a basketball court for the photoshoot of 'Streetlights.'

Seth Jones vividly remembers times as a kid when he would ride a bike through his Dallas neighborhood. His mother earnestly warned him not to go beyond the last mailbox at the end of his block.

“‘I want you home before the streetlights come on,’ and a lot of my friends' mothers said the same,” Jones says. “Basically what that means is, when the streetlights come on, you better be inside the house, or if you’re not, you’re going to be in trouble...my mama, when she told me that, she was just trying to protect me; she was just trying to keep me safe.”

Jones' upbringing and encounters as a young Black man have since influenced him to pave his own way toward adulthood and reclaim the spotlight for Black excellence in his upcoming book "Streetlights". The book includes photography, captured by Jones in a family reunion environment, with written descriptions.

Following his mother’s orders, Jones never paid much attention to the significance of streetlights or how they played a role in his story until he started the project.

Jones channeled his love for photography to empower Black beauty and culture, encouraging the models he photographed — all of whom were Black — to embrace who they are, in their own outfits. The models, who he asked to dress like they were attending "a grown folks party," a Black gathering with soul food/barbecue, dancing and Hip Hop/R&B music, were photographed in an empty basketball court under yellow fluorescent lights.

Jones' discovery of sundown towns, towns in which all-white communities prohibited Black people from entering the town after sunset, helped solidify his decision to shoot under the lights, “not to be defiant, but so that the world can see us in the light that we were meant to be seen.”

“I just started to do some more research and I was like, 'Wow, the book I’m making is kind of like the answer to the Green Book,'” Jones says. “It was like, we don’t have to hide no more, we don’t have to avoid these towns, you’re going to see us. And I said in the book, the streetlight has become a spotlight, you’re going to see us in all our glory and all our beauty; we’re not going to hide anymore.”

Acting as an extra pair of eyes for the project, Kourtney Norwood, a theater arts junior and close friend of Jones, says he was greatly inspired by "The Negro Motorist Green Book," a book serving as a guide to African Americans traveling through America in the 1930s.

“It really all ties in; you have to acknowledge the history that we have had,” Norwood says. “And going forward it’s a positive twist on it, we are coming forward from the streetlights.”

For the models, Jones’ project held deeper significance. Jaylon Douglas, a Texas State political science alumnus, model and creative assistant for the book, brought a piece of himself to the set.

In Douglas’ photoshoot, he held a Crown Royal bag gifted to him by his father, to pay homage to the culture he grew up in.

“Your first drink as a Black male or Black woman, it most likely will be a Crown Royal bag,” Douglas says. “If you go to a family gathering, you’ll see at least one person have a Crown Royal bag; that shows the lineage of us.”

To offer insight into Jones’ creative ideas and concept of the book, Jones and Douglas created an accompanying podcast, welcoming some of the models featured in the book and encouraging them to share their experiences and stories from time spent working on the project.

“We talk about all these cool things, all the experiences; it is explicit, but if you can get past that, the stories that we talk about really add a deeper context to what the book is," Jones says.

Jasmine Davis, a human development and family sciences senior, who was a model for the project, says she appreciates Jones working to ensure she was comfortable throughout the entire process.

"I really liked how he handled it because he made it a priority to make sure that [Black women] are being looked at exactly how we should be...how we're being respected or even judged," Davis says. "Even when we put the book together, he had all these messages for everyone. So it did mean a lot to me because his main focus is like, 'Yeah, they look at you, you might be pretty, you might be all of this to them, but they need to look past all that, they need to see [there] is more than just you on the outside.'"

Davis says she hopes people interpret the book in "the right way." With everything that has taken place in the last year, from the killing of George Floyd to protests across the country, she believes the book is arriving at the right time.

"We weren't supposed to be out when the street lights came on, and there was reasons we were told that," Davis says. "So it's a lot deeper than what it seems because a lot of people don't know what's going on with this book; they just see us putting out bits and pieces. So I feel like when it all comes out, I just hope [that overall, Jones' meaning] is taken in exactly how he wants it to or he's able to just voice how he feels about everything that's going on in the world."

Since its beginnings as a mini Instagram boomerang series, "Streetlights" has since transformed into an award-winning project, earning a silver award from Graphis New Talent. Jones says he hopes the book exhibits Black power and beauty for younger generations.

“I have a little sister, she just turned 12, and I remember when we were back in Dallas, she was watching the Black version of Cinderella and I went over to my mama, and I was like ‘Mama, why are there so many Black renditions of things?’” Jones says. “And she was like, 'So [she] can know that she’s a princess', and that was kind of the whole idea behind the book, period. The reason why I wanted to blow it up was so little girls can see the woman in the book and be like, ‘Oh wow she’s beautiful, I can be like that.'”

"Streetlights" will be released in May 2021. The "Streetlights" podcast is out now on Spotify. For more information on the project, follow its Instagram or Seth Jones' Instagram.

Jaden Edison contributed to this story.

The Hays County Local Health Department reports two new COVID-19-related fatalities, a Buda man in his 50s and a San Marcos man in his 60s. There have been a total of 245 fatalities in the county.